Six Classic Muscle Cars from South of the Equator

Muscle cars weren't just produced in the US in the classic period of the 1960s and 1970s. The GM, Ford, and Chrysler divisions in Australia and South America all produced home-grown muscle cars for their domestic markets. 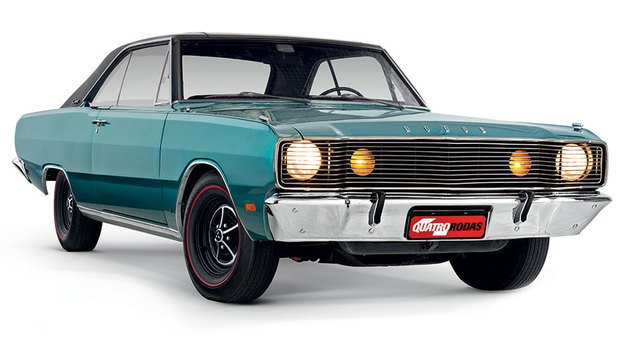 During the 1960s and 1970s, Ford, General Motors and Chrysler all had divisions that manufactured and distributed cars in countries south of the Equator. Some now are gone, most recently Holden in Australia, while some continue to this day. What these divisions of the Big Three sold were versions of the American Dream. Not Lincolns or Cadillacs — but more affordable models for these emerging economies.

These mid-sized sedans and coupes were often fitted with 6- and 8-cylinder engines initially developed in the US, though there were a few ‘home-grown’ powerplants in the mix. This led to enthusiasts modifying the cars which the manufacturers followed with high-performance models of their own.

While the output of these engines seems low in comparison, not only to today’s powerplants but even the contemporary US versions, it needs to be stated that the gasoline available in many of these countries wouldn’t even qualify as economy-grade in the US, the octane level was so low. In addition, there was the balance of price and performance that had to be maintained, so outlandish performance upgrades seen on some US muscle cars weren’t sustainable in these countries.

Nonetheless, these six models are all genuine muscle cars in the context of their time and country of origin.

Built on a German Opel Rekord Series C platform, the SS featured pillarless two-door fastback styling. As the only engine available to General Motors Brazil was the long-serving Chevrolet straight six that dated back to 1962, the Brazilian engineers took on the task of developing the 250-S version. This engine featured higher compression, mechanical lifters, and a two-barrel Weber-style carburetor from Zenith. With these modifications,  power was raised to 195 BHP.

Without a Mustang in its lineup, Ford relied upon the Maverick to carry its prestige in motorsports-crazed Brazil. With the Opala SS now king of the racetracks, Ford moved quickly and created the fastest car sold in Brazil at the time. The Maverick GT was created by fitting a 302 V-8 spec’d with a four-barrel Holley carburetor, an Iskenderian 270-degree camshaft, solid lifters and a high (for Brazil) 8.5:1 compression ratio. Its performance was impressive, even with low-grade fuel: 0-60 in 7.8 seconds and a top speed of 124 mph. The Maverick GT was soon at the top of the results at Brazilian road races.

The Brazilian Dart-based Charger R/T  featured swept-back C pillars like the US 1968 Charger, which gave it a look unlike any domestic Darts. Power was provided by an 8.5:1 compression ratio 318 CID LA V-8 engine fitted with a larger two-barrel carburetor and dual exhaust. The Charger R/T 318 V-8 developed 215 horsepower at 4400 rpm and 308 lb/ft of torque at 2600 rpm.  A four-speed transmission, dual exhaust, and a stylish interior with leather bucket seats rounded out the package. In 1979, Chrysler sold off its interests in Brazil to Volkswagen, the German company then continued to produce Dodge models until 1981.

Based on the US Falcon four-door sedan, the Australian XY Falcon GT was fitted with a solid lifter 351 Cleveland V8 that was domestically produced. With the greater availability of high-octane gasoline in Australia, the engine featured an 11:1 compression ratio and was topped with a 600 cfm Autolite four-barrel carb. Stated horsepower was a conservative 300 BHP at 5400 rpm, but redline was 6150 rpm. Power was delivered through an available close-ratio four-speed gearbox and a limited-slip differential with an available 3.91:1 final drive. Full instrumentation included a 140 mph speedo, 8,000 rpm tach and a full complement of gauges.

The unique-to-Australia Holden Monaro was the volume leader for GM in that country. Available in trims ranging from a sedate family sedan to the road and track dominating sports coupes, Monaro models could be spotted in driveways from Sydney to Perth.  The top-of-the-line performance model was the GTS, powered by a 275 HP 350 CID Chevy V8 topped by a Rochester four-barrel carb backed by either a Muncie M20 or M21 gearbox and an available 3.55:1 rear end. Its performance was stout: 0-60 in 6.6 seconds, the quarter 15.2. Australian collectors will spend $100,000 US or more for Monaro GTS survivors of that era.

Perhaps the most interesting background of all of these ‘south of the border’ muscle cars, the IKA Torino has a convoluted history. IKA stood for Industrias Kaiser Argentina S.A., a joint venture with the US Kaiser Motor Company, then the producers of Jeeps. IKA produced a lightly-restyled version of the Rambler compact it named the Torino, in both sedan and coupe configurations. As motorsports were as important in Argentina as it was in neighboring Brazil, IKA decision-makers launched a program to develop the sleepy Torino into a real track weapon.

The ultimate development of the inline six-cylinder engine was a new block cast for performance with seven main bearings along with a high-flow cylinder head. With 3.7 liters of displacement, the engine was fed by three Weber sidedraft carburetors. The GS version topped out at 215 BHP at 4700 rpm through redline was 5200 rpm.

The greatest success for the IKA Torino came at the 1969 84-hour race at the Nürburgring. Developed under the guidance of Juan-Manuel Fangio, the factory prepared three cars for the race. In the end, the No. 3 Torino had covered greatest number of laps in the competition (334) but was knocked down to 315 laps which placed them fourth after penalties incurred during the competition were assessed. This put them ahead of all Mercedes-Benz, and Porsche entries and all but one BMW competitor. Not too bad for a Rambler.

Video of a brief promo from Argentina Public Television (TPA) on the 50th anniversary of the race here: