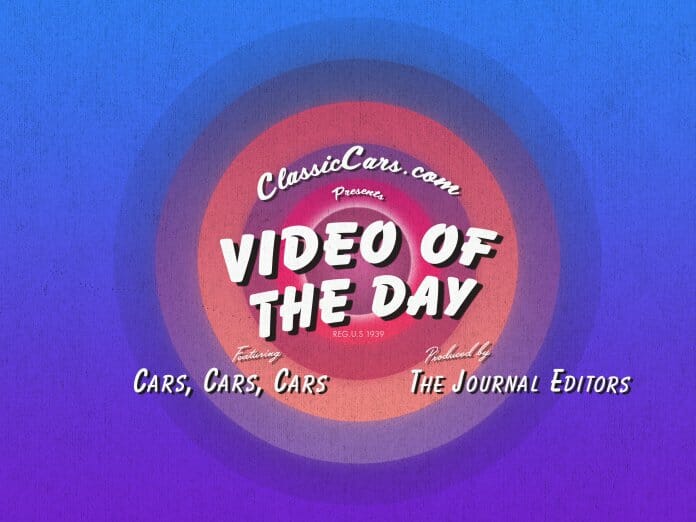 The circuit for the 24 Hours of Le Mans race still is comprised largely of French roads that are open to the public except when closed for official racing activities. In 1956, Jaguar outfitted driver Mike Hawthorne with a microphone and mounted a movie camera in his D-type racer and sent him out to film a lap — while the track was open to other traffic.

Hawthorne’s commentary is amazing, and his calmness while avoiding bicycles and even oncoming traffic in the wrong lane is astounding.

He also talks as he drivers about the changes made to the circuit in the name of safety in the aftermath of the horrific 1955 round-the-clock race.