Front-engine water pumpers for a very long time have been the red-headed stepchildren at Porsche. Coming of age at high school and college in the 80s, I saw the release of the “Shark” 928.  Then there were the several incarnations of the 924, 944 and 968.

Porsche may have alienated a few of the 911-or-nothing purists, but the racy, aerodynamic looks of this new crop made Porsche attractive to a whole new group of fans. 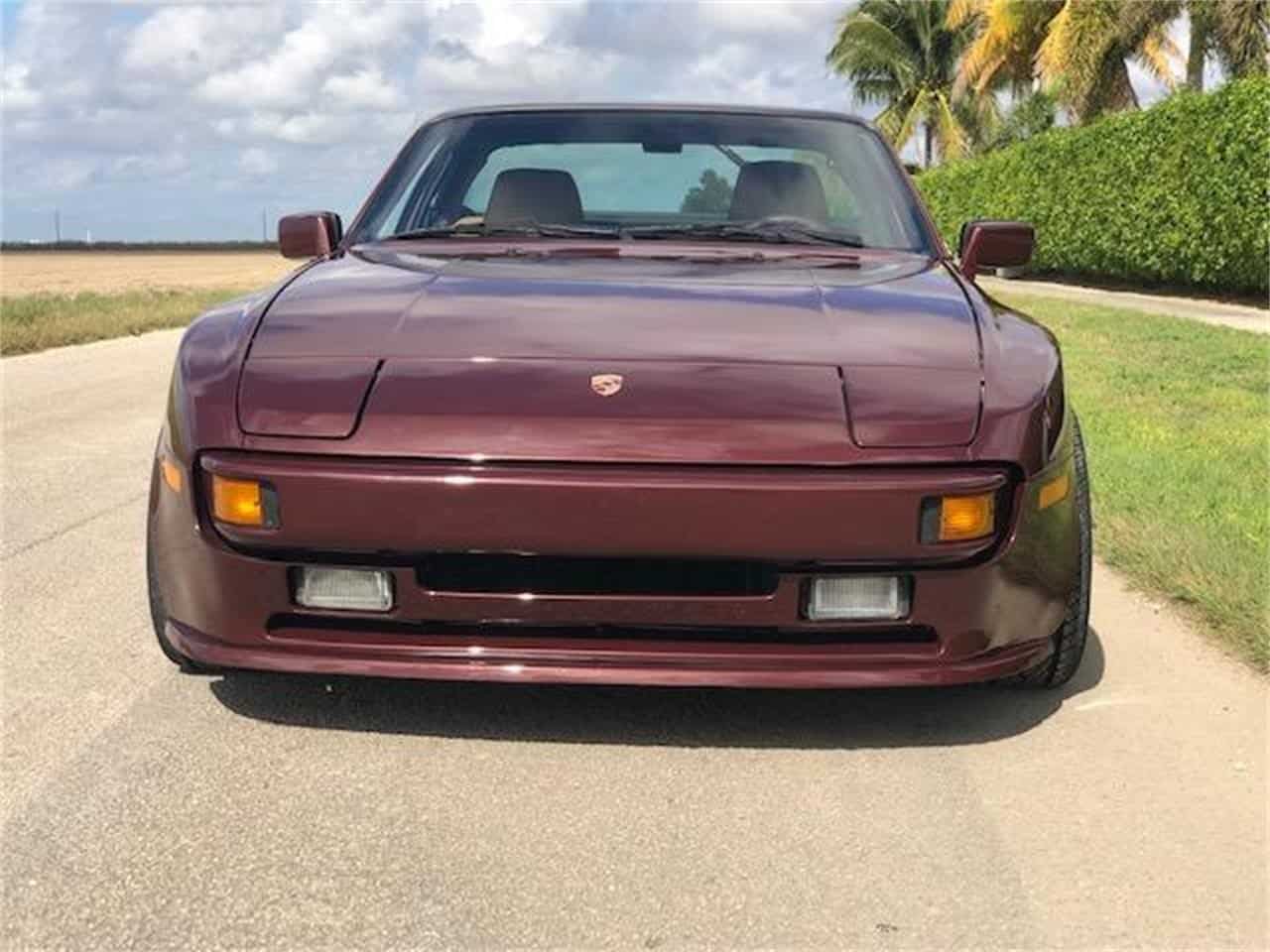 The Pick of the Day is a 1988 Porsche 944 advertised on ClassicCars.com by a dealer in Miami, Florida. The seller said the car had a painstaking 17-month restoration with “no short cuts taken.”

The color combination is the first attribute that caught my eye: Maraschino Red Metallic over a two-tone burgundy and tan interior. Really pretty. Very non-traditional to the Teutonic flat colors of the previous generation of 911s. 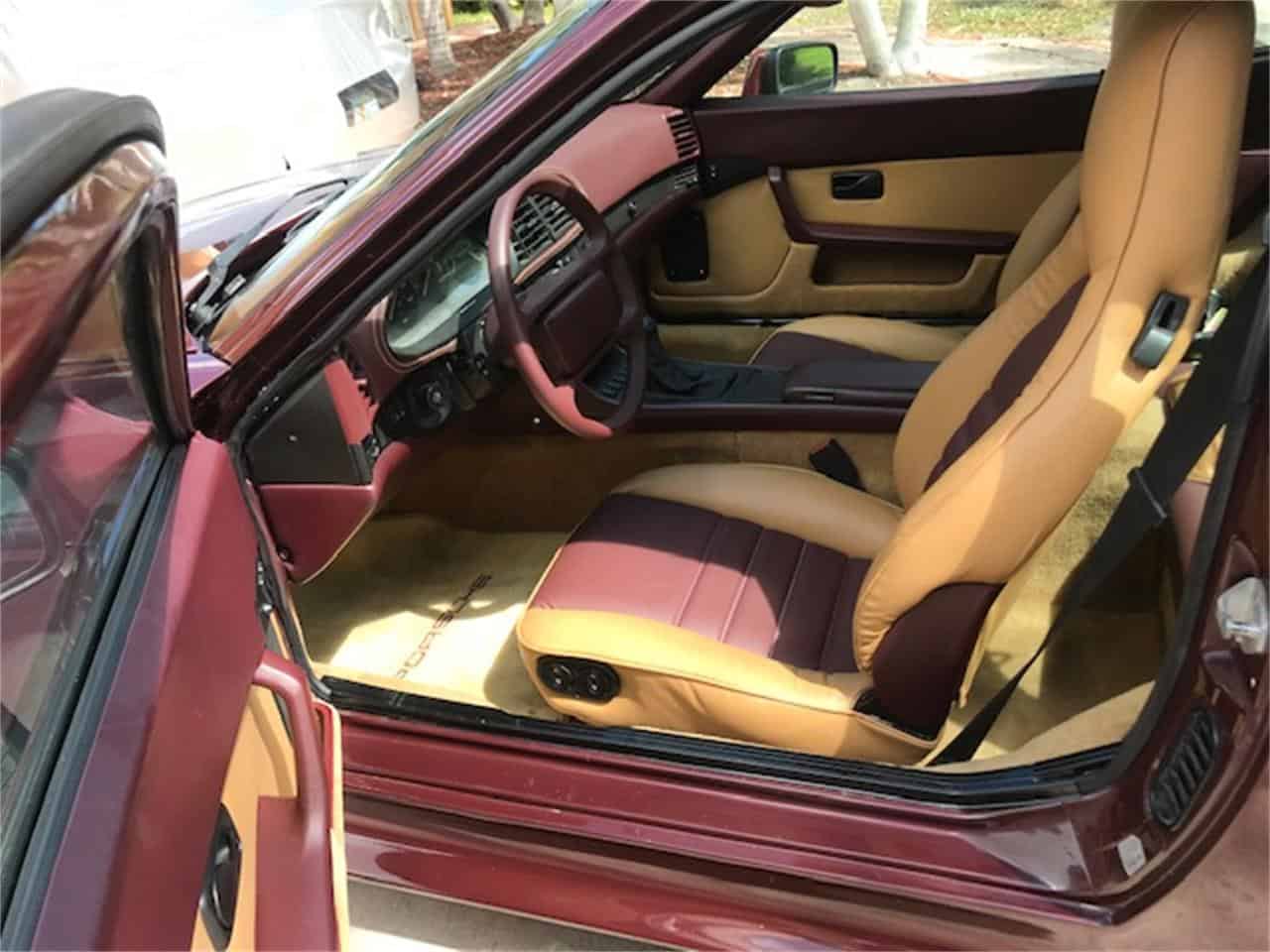 The ‘80s were a fantastic time to grow up, with some exception for the cars produced in that era. The worldwide auto industry was making an adjustment to more government-mandated safety, economy and a growing list of EPA regulations. There are just several cars that stood out to me during this period.

Fortunately, my sports marketing executive father was moonlighting doing a nationally syndicated automotive column. Needless to say, we always had the newest manufacturer press cars (sometimes three at a time) in the driveway, of which I had immense exposure. 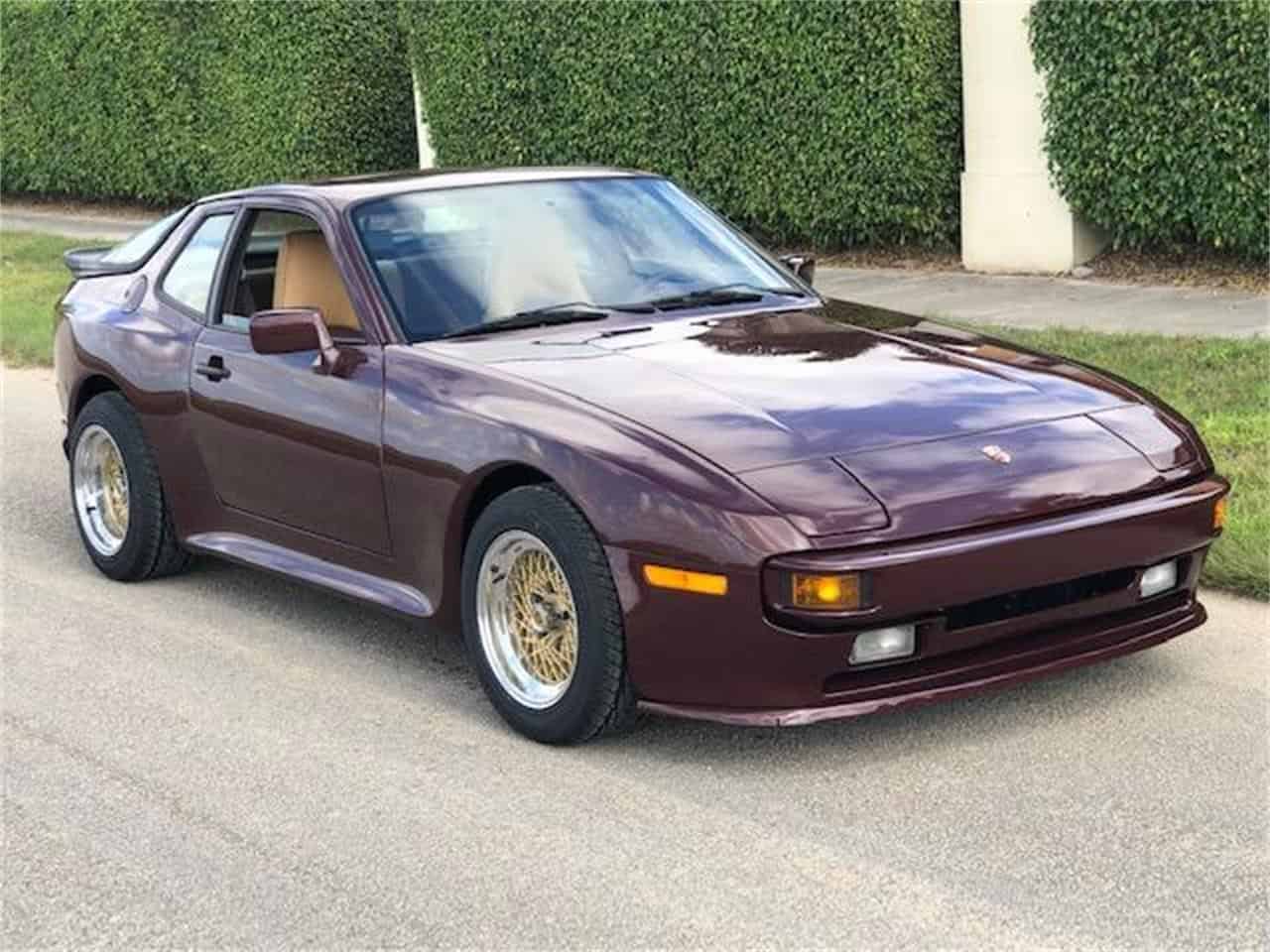 Porsche 944s made great race cars – mainly because the balance is a superb 50/50. This is due to the engine in front and the transaxle over the rear wheels connected by a torque tube. I did some vintage racing with a race-prepped 1992 Porsche 968, which was the successor to the 944, and can attest to the stability and ease of this car at speed.

“Mechanically, the car is solid, it is a 5-speed manual transmission with around 96,000 original miles showing on the odometer but only 70 miles since the restoration,” according to the seller. “It has new shocks, AC compressor, fuel lines, ball joints, engine mounts and more.” The seller, however, does not mention an engine overhaul.

The story behind the pretty interior is explained by the seller.

The asking price for this Stuttgart Starlet is $15,000. As a collector car, the 944s have not risen significantly – yet. They still can be had in a myriad of conditions for a lot less money. But if you are not ready to put the sweat equity into the car this one is turnkey.