The rise of SIM racing as a spectator sport

Can virtual racing feed a burnt rubber hunger for an early 2020 season without any real racing? We will find out in the next few weeks 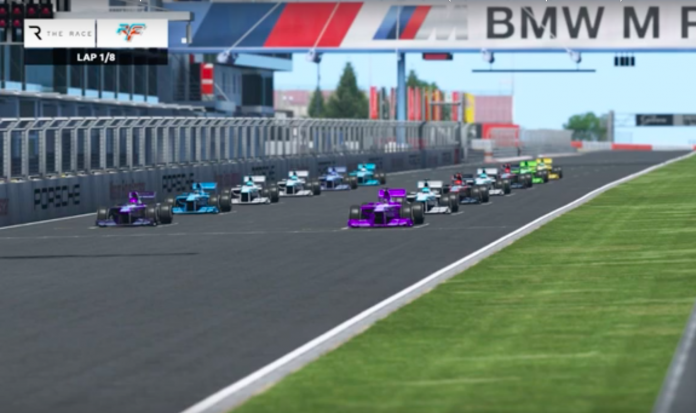 Every year, during the first and second week of March, a tingle of anxiety creeps through my system. As a full-on petrol-head, this time of year kicks me into fan-boy high gear. It’s time for the Australian Grand Prix in Formula One and the St Petersburg Grand Prix for IndyCar. Plus the international sports car championships begin their seasons, sometimes as a supporting race to the previously mentioned.

No longer do I have to watch NASCAR to get my fill of speed and noise. It has been too long since the 24 Hours of Daytona. It’s time… It’s time…

What? The whole world has been cancelled?

Oh well, I guess I can tune my smart TV into YouTube and watch old History Channel documentaries…

Wait! What’s this? There is a live stream of a race? Max Verstappen, Colton Herta, Juan Montoya, Neel Jani, Simon Pagenaud and Felix Rosenquist are entered? Hmmm. It is a simulator-based event. Ok, with nothing else on, I’ll bite.

Between platforms like iRacing and rFactor, the world of simulated motor racing has evolved into a realistic training ground for the real racers and a heroes paradise for the gamer in his mother’s basement – who can win real prize money in staged races like this live YouTube stream.

This particular event iscalled The Race All-Star esports Battle – Australian F1 GP alternative event. Considering the program had nearly 600,000 viewers as of this writing, clearly I wasn’t the only person on the planet jones-ing for some live racing action.

I used to get on my daughters’ case when they would tune into YouTube to watch others recorded adventures on Minecraft. “How can you watch a video of someone else playing a video game?” I would ask impatiently.

Considering that while I occasionally race on Forza 6 with my Xbox, for which I have a steering wheel and pedal set, I never really understood the 24/7 obsession with video games – or the double-down waste of time of watching someone else do it.

But here I was, alone on a Sunday afternoon, feeling slightly lazy to go do anything requiring much effort — besides walking to the fridge for a beer — and truly missing my big-time motorsports events. I made the conscious decision to watch. Considering I was hungry to watch racing, and aside from filling these pages with content, not much else to do. I will say I was pleasantly surprised. As, I would imagine, were the other 500,000 viewers.

The realism was actually pretty good. Staged at the Nurburgring Grand Prix circuit, not the long Nordschliffe, the drivers were pitted against one another in identical 2012-spec Formula One cars. There were three qualifying heats, which took the top eight finishers to a final championship race – with a real $10,000 purse. A well-known driver checked out from the field in the pro race driver group. The second race was well known championship-winning SIM racers – I had heard of none of them, but they too were quick.

The third race was a group of 20 drivers who had qualified for the race out of hundreds of entrants.  This was actually the best race as you could throw a blanket over the lap times from first to the back. Ultimately, it culminated in the final.

I won’t be a spoiler and tell you what happened, just in case you want to watch it for yourself, but I will say it at least fed part of my hunger to see international motorsports on my TV.

The coverage was actually very good. Even the commentators, Jack Nichols, Jolyon Palmer and Rene Buttler, were very good. Aside from the obvious digital rendering vs. the real deal, the motion graphics were convincing enough to watch like a real race. Overall, a very well-produced show. Certainly it was something to fill the void of otherwise live broadcasts of real racing.

Immediately NASCAR took a page from this playbook as it announced through a press release having its own SIM All-Star race this weekend.

ClassicCars.com will be featured on the #38 Citgard Mustang of John Hunter Nemechek for Front Row Motorsports. So it seems that sponsors who are losing screen time in the big show are continuing support for the surrogate SIM series.

“NASCAR and iRacing announced today the formation of the eNASCAR iRacing Pro Invitational Series, an exhibition esports series featuring many of the sports most talented and popular drivers,” the news release said. “The simulation-style showcase will include a cross-section of competitors from the NASCAR Cup Series, NASCAR Xfinity Series, NASCAR Gander RV & Outdoors Truck Series and a group of NASCAR dignitaries.”

Word was also released that IMSA will be doing a SIM series in light of the sweeping cancelations of their schedules. I guess at least we can watch racing – even if it is computer generated.

Most pro drivers have sophisticated motion simulators at home that cost more than $50,000. This allows them to practice familiar circuits and learn new ones. One particular company producing such machinery is CXC Simulations in El Segundo, California. Founder and chief executive Chris Considine has seen a leap in orders in the past week.

“There is a major series that will be switching to an all SIM format and fulfilling their network TV contract,” he told me. “I have gotten a number of frantic calls from drivers.”

Is this the new form of spectator motorsport? Is this merely a surrogate for live racing? Will this make new heroes of guys “in their mom’s basement” playing video games? It is certainly an interesting time to be a shut in.