Feeling Gatsby? This Pierce-Arrow will complete the ensemble

The pick of the day is a Prohibition-era beauty

Back in high school and college, I loved reading expatriate authors Ernest Hemingway and F. Scott Fitzgerald. Their unique, festive and worldly perspectives expanded my own imagination and inspired me to write – and live life as a movable feast.

Interestingly, while well-described, Fitzgerald’s The Great Gatsby mentions only two cars: Nick Carraway’s Dodge and Gatsby’s Rolls-Royce. However, it isn’t hard to imagine Auburns, Packards and Pierce-Arrows in the mix of the Long Island traffic and those “summering” on the Sound. 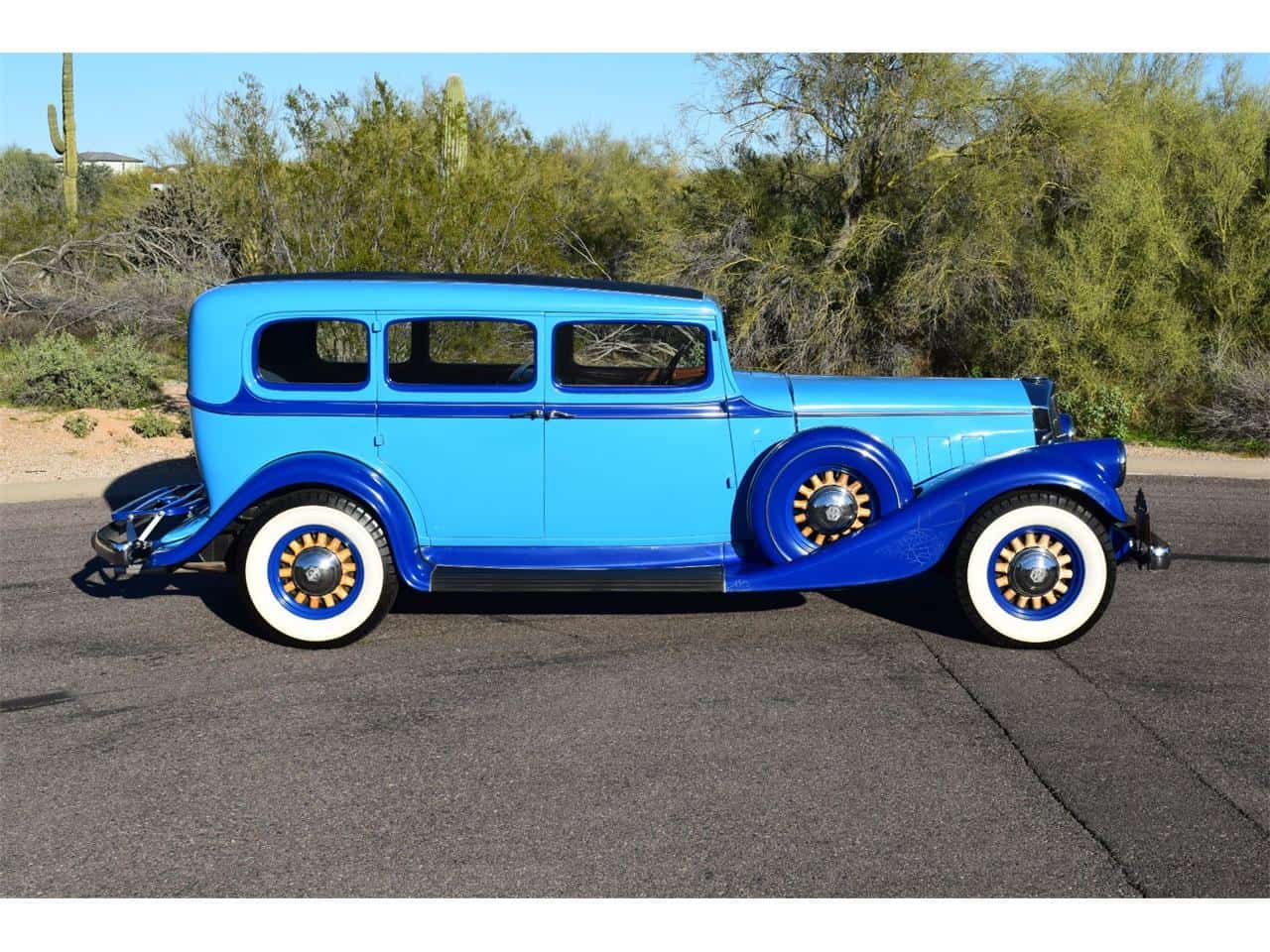 The Pick of the Day is a 1933 Pierce-Arrow Model 836 offered by a private seller in Cave Creek, Arizona. Delivered new to its first owner within a year of the end of Prohibition – and the end of the Great Depression – one could say its appointments and lively colors represent a “Happy Days are Here Again” kind of celebratory piece of history.

Of course, Pierce-Arrow was known for its bold color schemes; some might recall actor/comedian Roscoe “Fatty” Arbuckle’s purple 1919 66A-4. 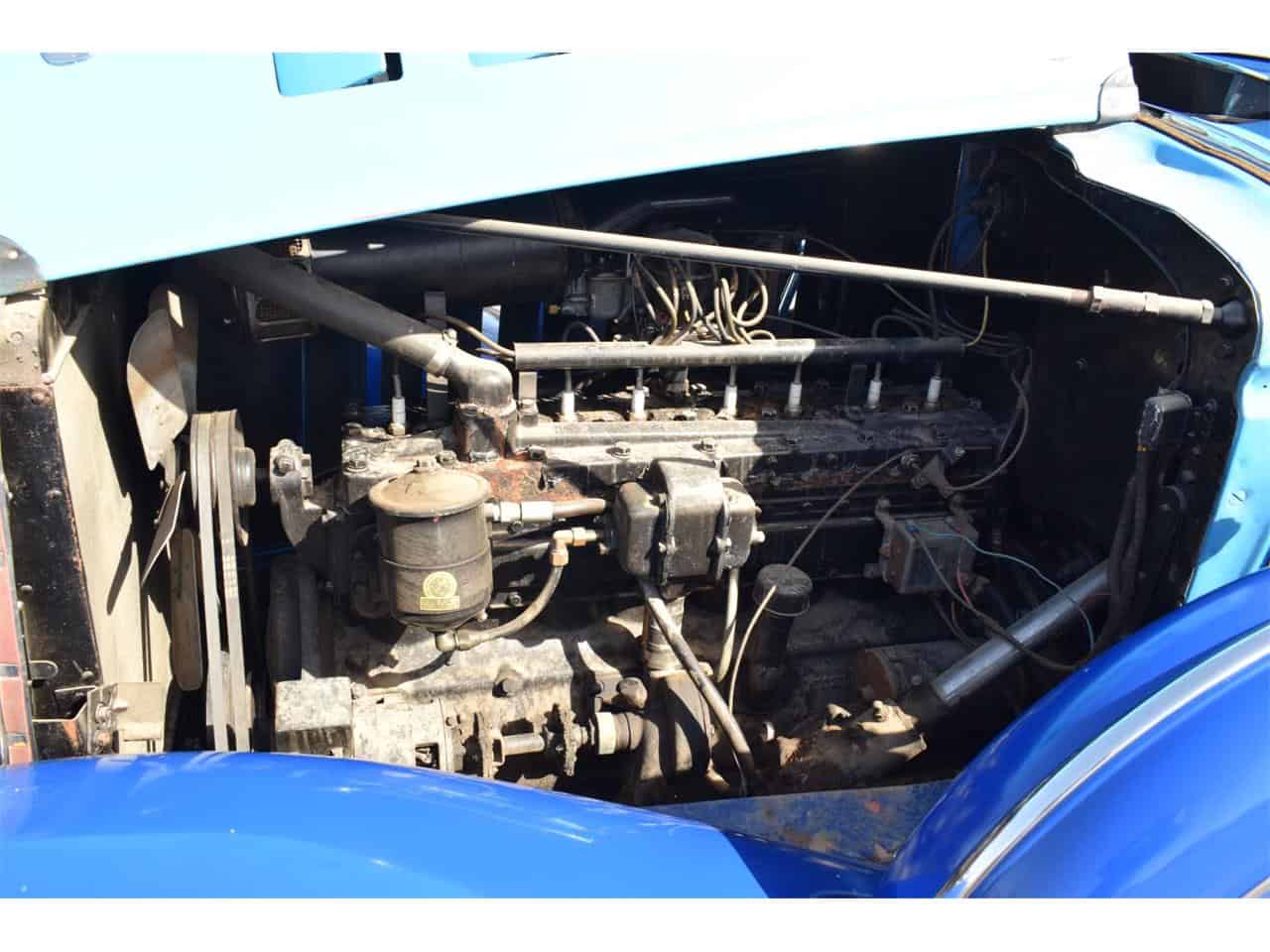 According to the seller, who seems to possess a very well-documented history of the car, the 7-passenger sedan was number 187 of 2,152 cars built in New York by Pierce-Arrow in 1933, and received “an expert restoration” between 1978 and 1981 by The Fawcett Motor Carriage Co. in Ontario, Canada. 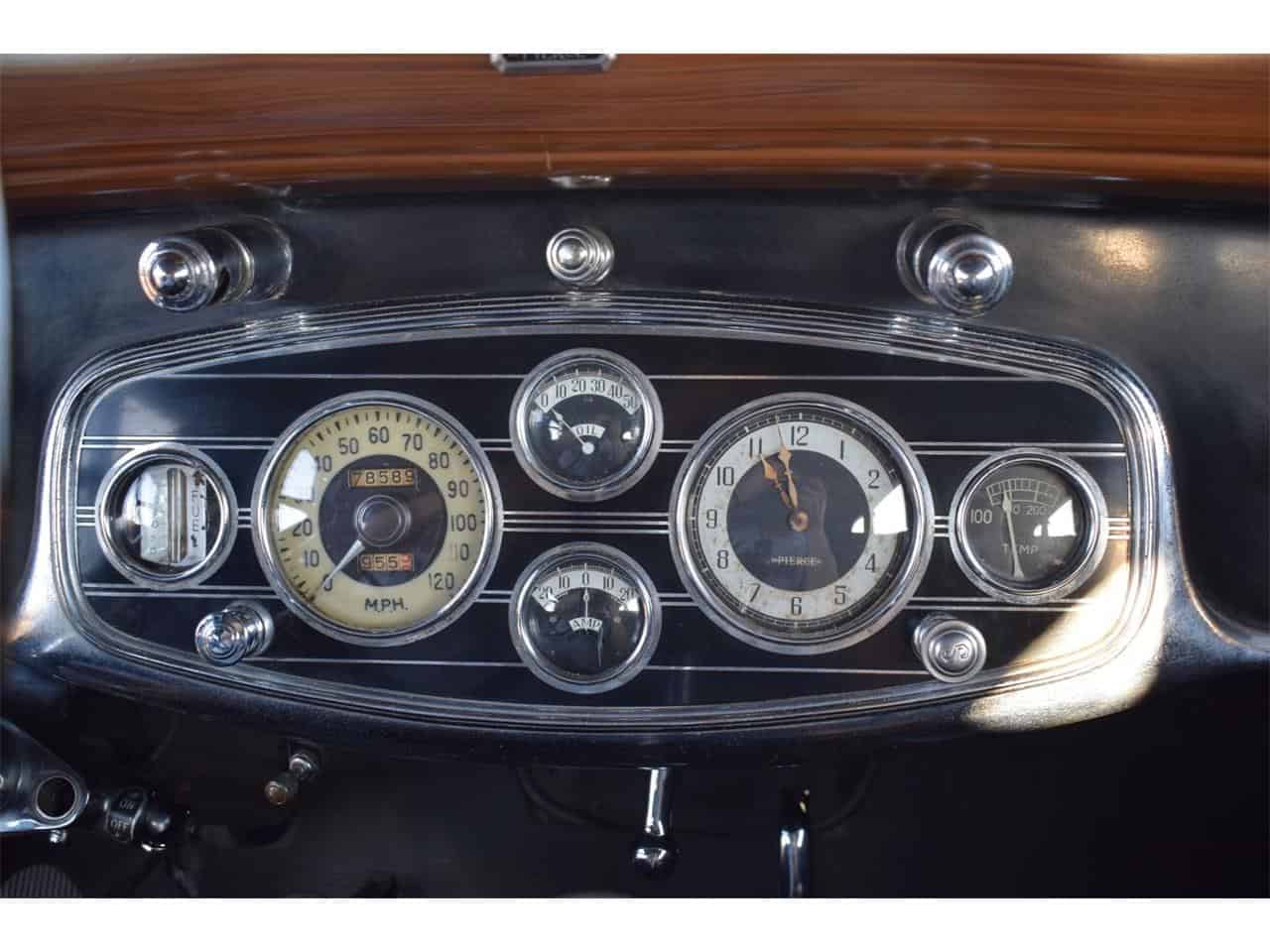 “The restoration did not include removing the body from the frame, as everything underneath looked to be in great condition,” says the ad on ClassicCars.com. “The exterior was repainted in a ‘period-correct’ two-tone blue using correct enamel-based paint (now showing some crazing/cracking in a couple areas – see photos), $5k worth of re-chroming, and all the glass was replaced, along with the window frames.”

When the car was restored, the 366cid, 135-horsepower straight-8 was completely rebuilt, while the transmission was rebuilt with new bearings, the seller notes. 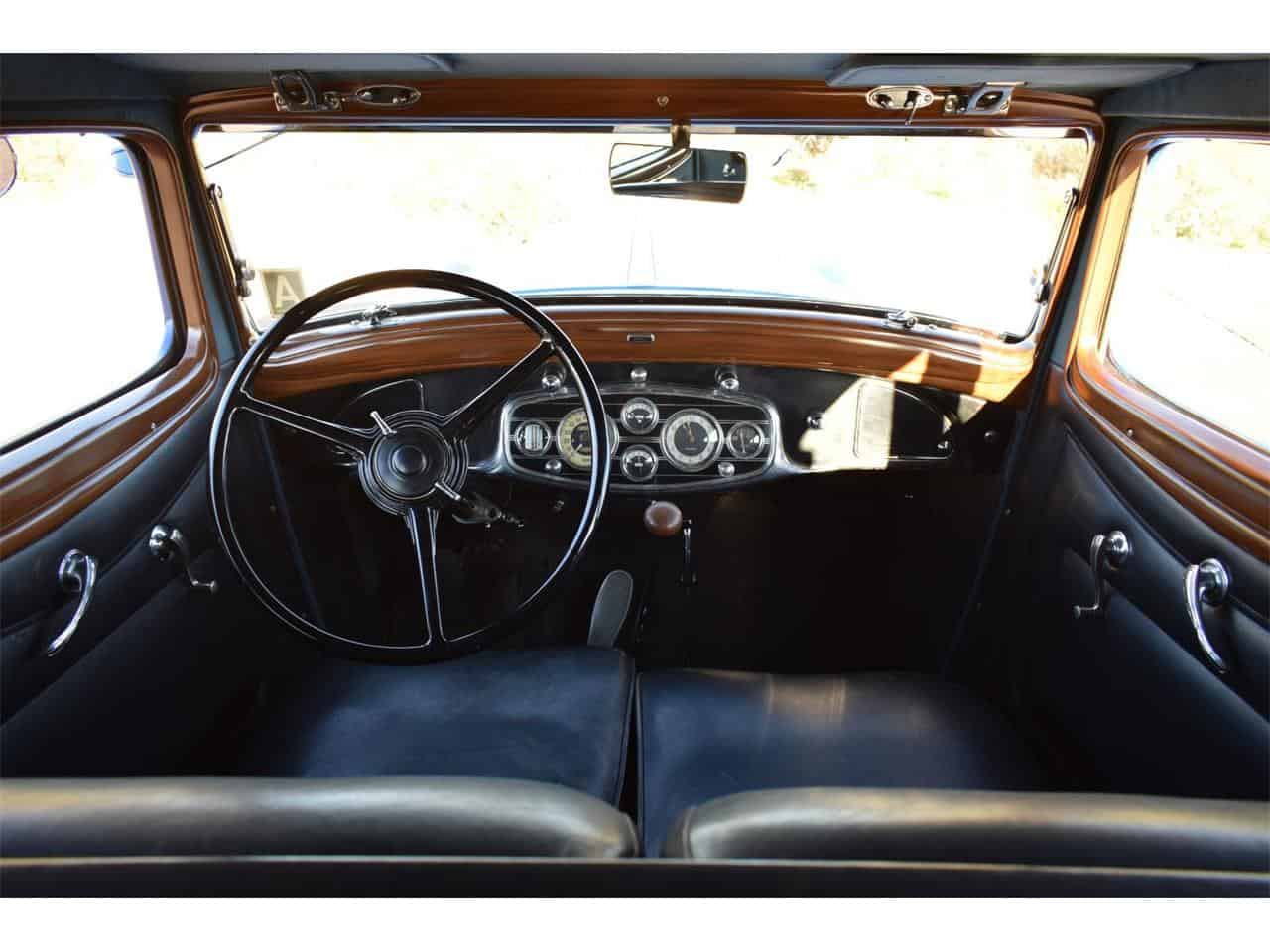 The fully outfitted luxury car has jump-seats, reading lights, two ashtrays, and one cigar lighter in the rear – amazingly all functional. The faux wood trim is hand-painted on the metal window surrounds. All of the handles and other interior trim hardware appear to be in great shape. 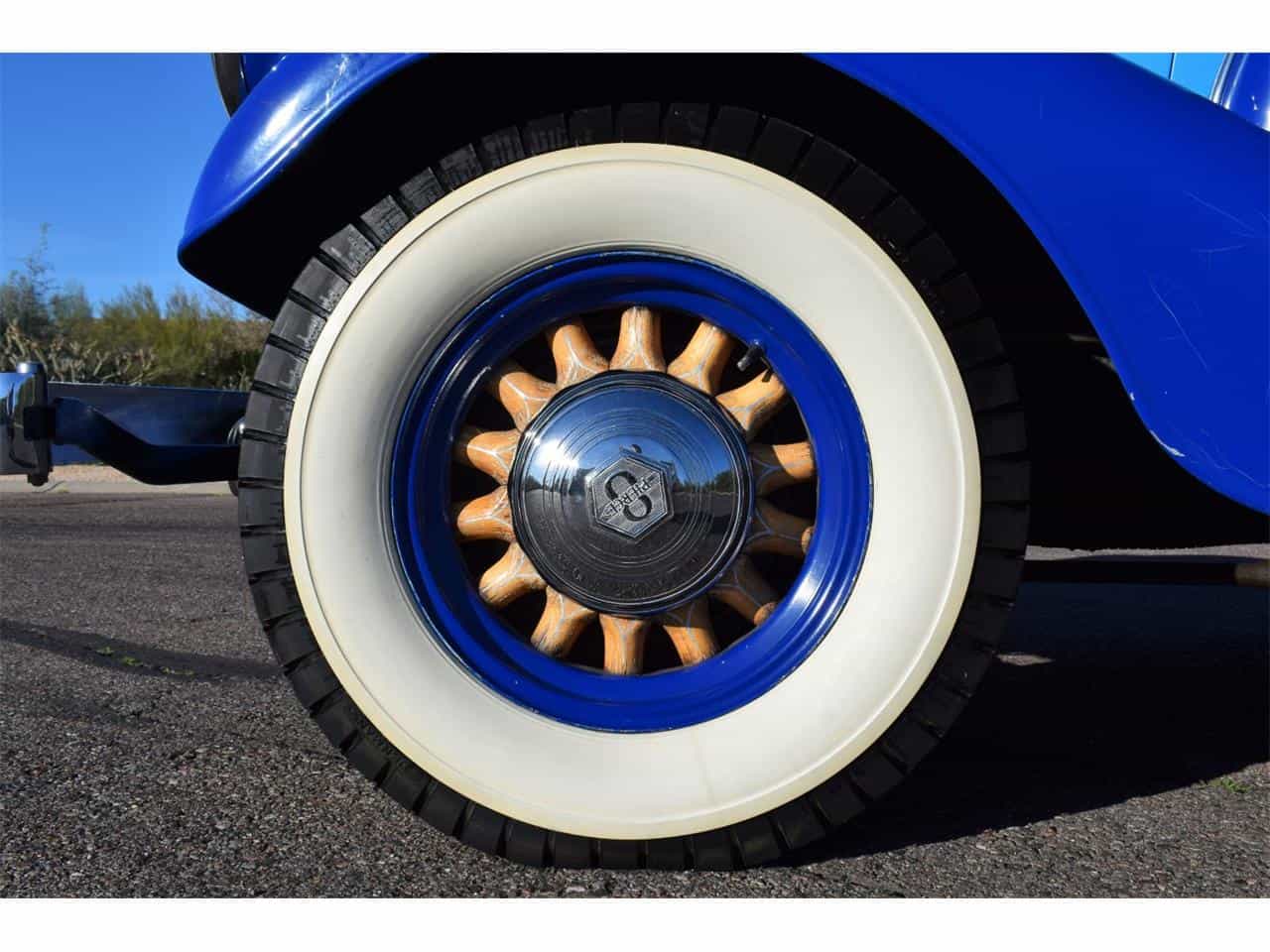 The seller boasts that this model 836 is eligible for membership in the Classic Car Club of America, the Antique Automobile Club of America and The Pierce-Arrow Society.

The asking price for a colorful slice of great American history is $32,800.