Let's go racing! This Spec Miata is a great car to learn -- or hone -- your craft, and many opportunities exist to get on track in club and vintage racing

In the 21st Century, channeling your inner Jackie Stewart, Mario Andretti or Brian Redman is much easier than in the past. Track days, club racing and a plethora of vehicles to take you on that ride are readily available.

It is said, that on any given weekend, more Mazdas are raced than any other marque. 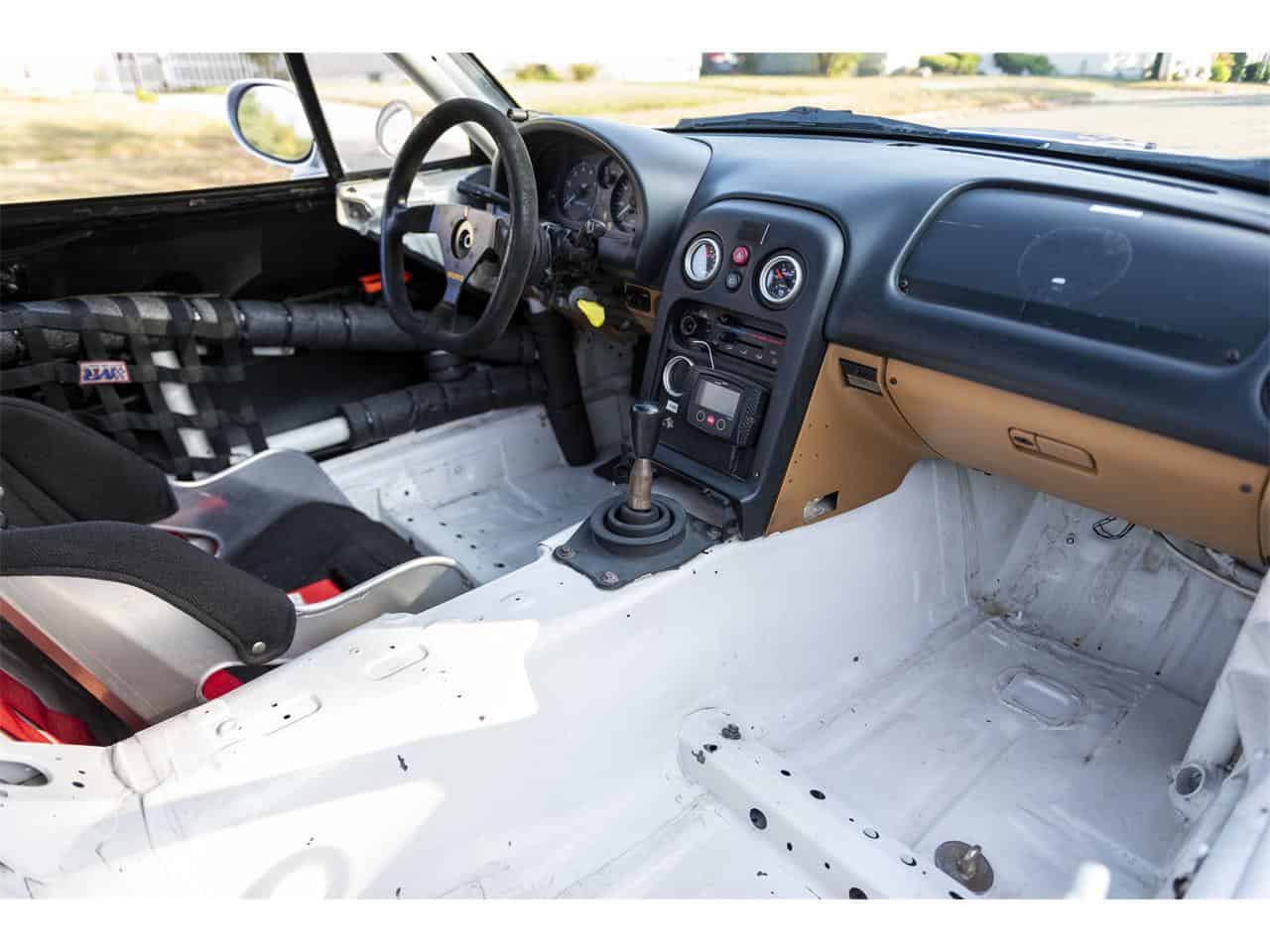 The Pick of the Day is a 1994 Mazda Spec-Miata race car offered on ClassicCars.com by a dealer in Stratford, Connecticut. The seller says it’s ready to race, and a first-generation Miata is a great way to go racing.

The first MX-5 Miatas were powered by a 1.6-liter inline-4. Later in the first generation, beginning in 1993, the engine was upgraded to a slightly more-powerful 1.8-Liter four. This  car has the 1.8.

The SM (Spec-Miata) class in SCCA and NASA has advanced at the most competitive levels to the third-generation cars. This left many of the first- and second-generation race cars unloved and collecting dust. That was, until several sanctioning bodies of vintage and historic racing began classes for the older Spec-Miatas. 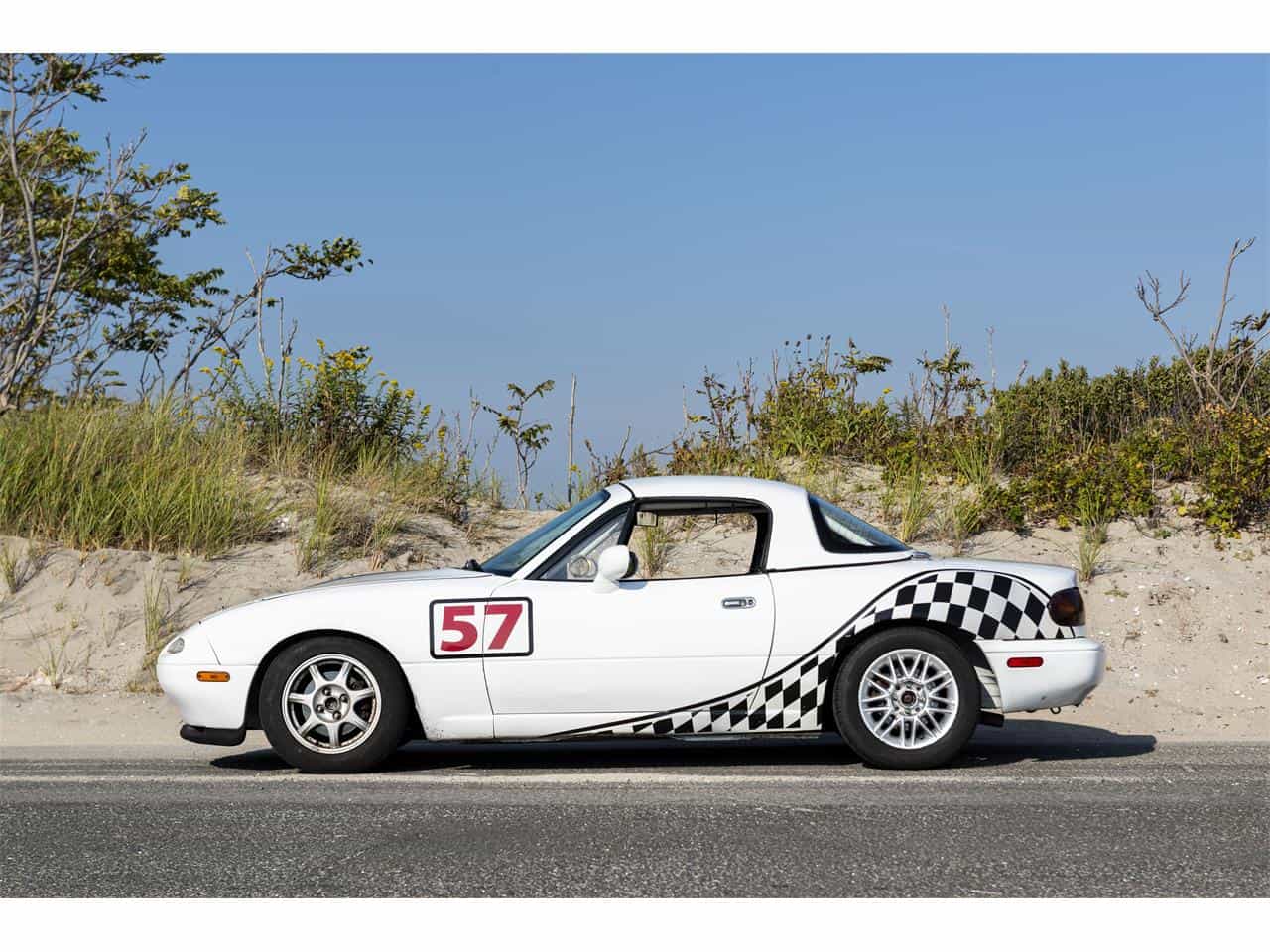 In 2017, I was invited by Mazda USA to run a race weekend in a first-generation Spec-Miata during the Sportscar Vintage Racing Association’s (SVRA) first Mazda Heritage Cup at Auto Club Speedway in Fontana, California. The circuit was a Roval: a combination infield road-course and the front straightaway, turns one and two and half of the back straight of the banked oval.

I have driven far more powerful race cars in my day, but the Miata was a really fun car to drive, and it will run close to your competitors.

The learning aspect of a Spec-Miata is that it is a “momentum car.” To get good lap times and be quick, the driver needs to be smooth and light on the brakes to carry speed. Not that these cars are slow, as on the banking in the draft, we were hitting top-speeds of 125-130 mph.

This is the type of car that would be ideal for a beginning racer or a less-expensive option to be a weekend warrior. The engine, chassis and five-speed transmission are very reliable and can go many, many races without rebuilds. Simple maintenance is more par for the course with these cars. 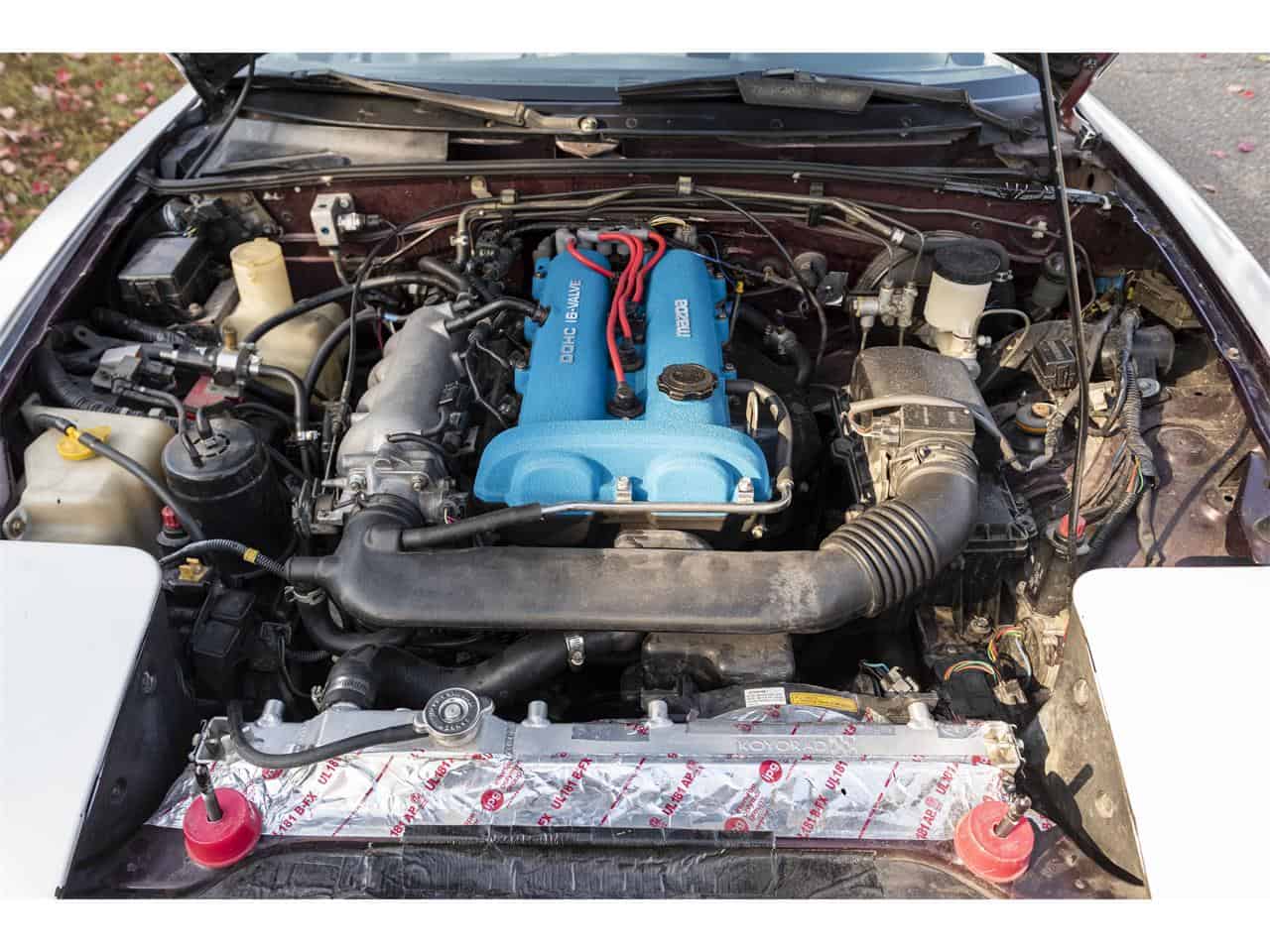 “It was originally built and owned by Advanced Autosports, a highly respected name in the Spec-Miata class and was purchased by Vintage Racing Services to race alongside our own Spec-Miata build. The car is ready to race.”

The seller also mentions that the pictures show the car transport wheels/tires.The asking price for this vehicle to the grid is $9,800.  At that price, the casual racer might be able to put more dollars towards hotels, entry fees, food, fuel, transportation… And get ready for a ride like no other.