This cabriolet driven only 100 miles after restoration

This ClassicCars.com Marketplace featured listing is a 1963 Volkswagen Beetle for sale in Ripon, California. From 1938 to 2003 the Beetle charmed its way into homes and hearts all over the world. The small, Ferdinand Porsche-designed, rear-engine economy car sold more than 21 million copies. 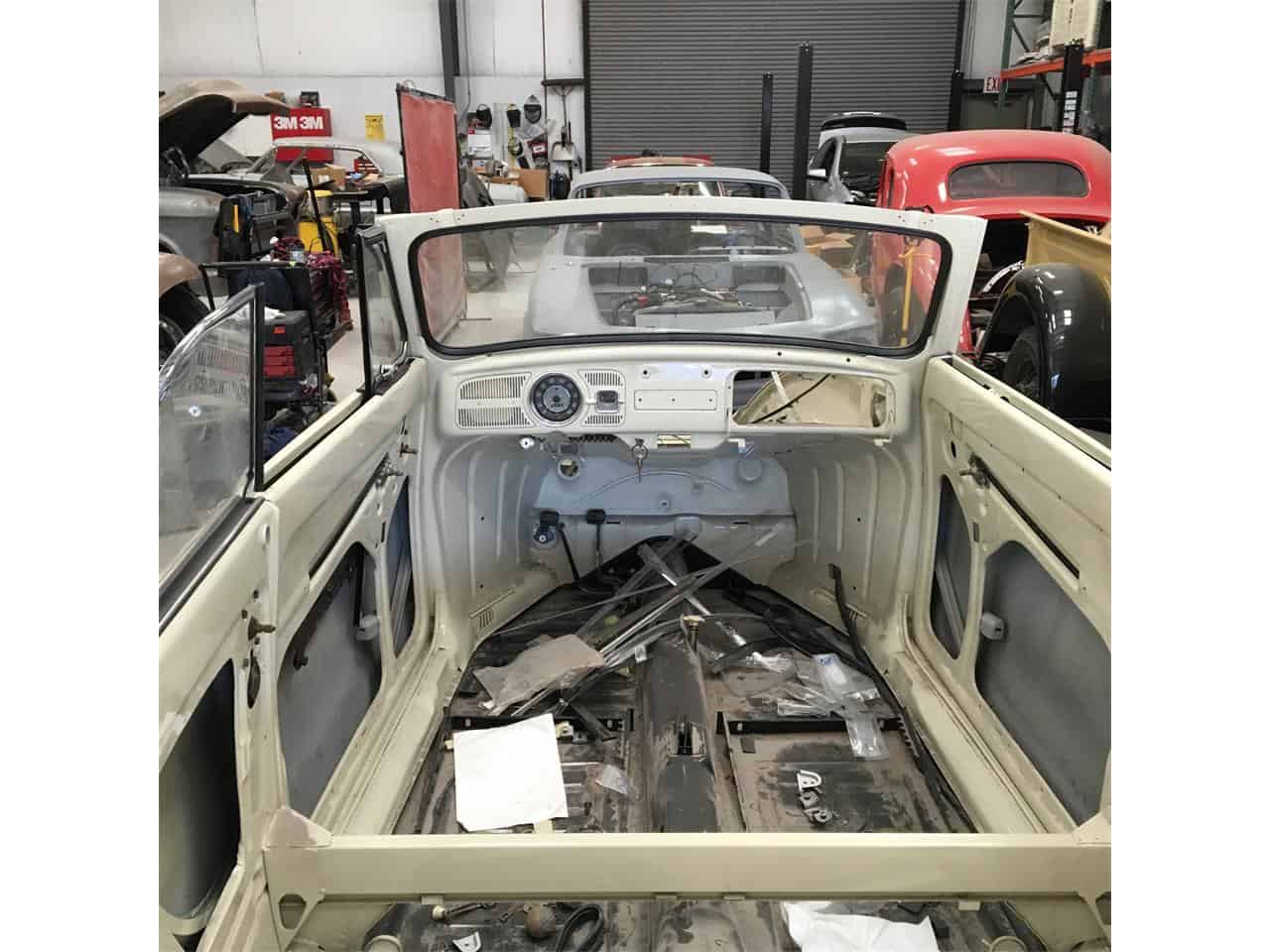 Originally a symbol of unity and ingenuity by the National Socialist German Worker’s Party, the “People’s Car” or the Volkswagen, as it was pronounced in German, far outlived the politics to become one of the best-selling cars in history –- and further one of the largest car companies in the world. 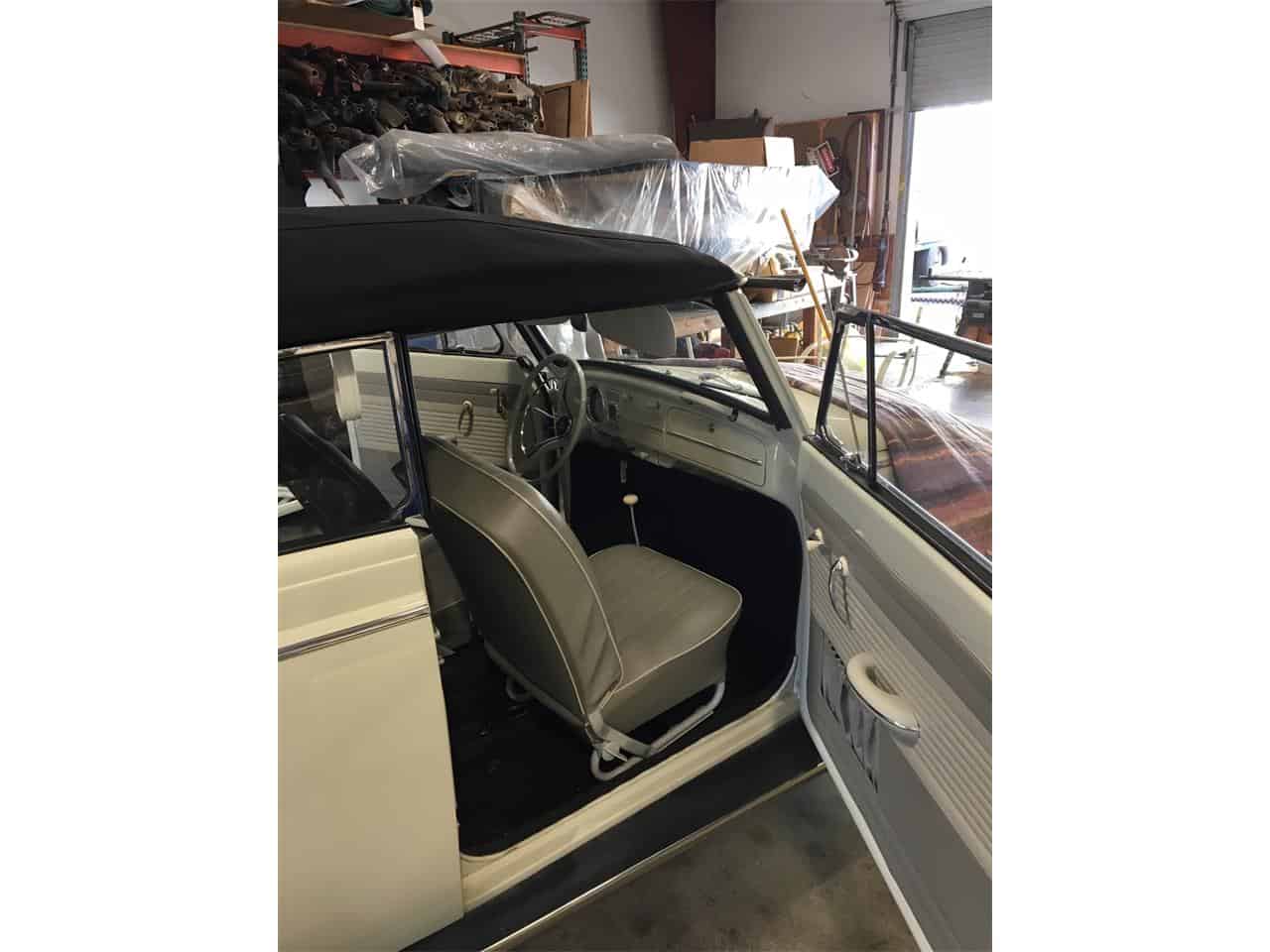 The concept of the Beetle Cabriolet was introduced in 1948 to VW by Wilhelm Karmann. The namesake of the German contract manufacturer bought a Beetle and converted it into a four-seated convertible. VW greenlighted the concept and Karmann began producing the Cabriolets in 1949.

The roadworthiness of the car was the only concern. The Cabriolet had to compensate for strength lost in removing the roof. The sills were reinforced with welded U-channel rails, a transverse beam was fitted below the front edge of the rear seat cushion, and the side cowl-panels below the instrument panel were double-wall.

In 1963, the ‘Type 1’ was powered by a 1.2-liter naturally aspirated flat four-cylinder engine making 40 horsepower connected to a four-speed manual transmission pushing a curb weight of 1,700 pounds.

According to the seller, this fully restored example has a fully rebuilt engine and transmission and all numbers are matching –- down to all the original factory glass. 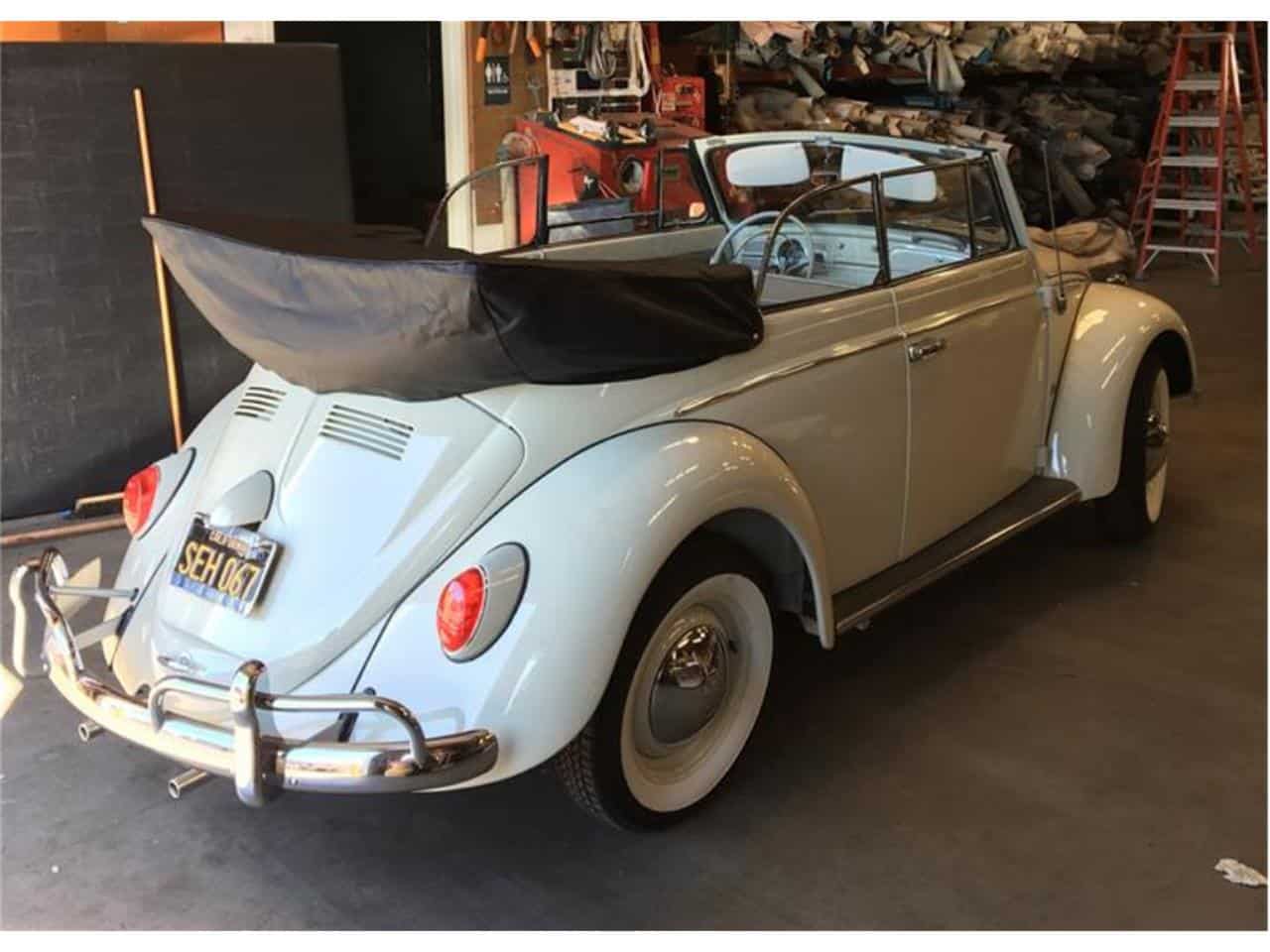 The seller says, “This car is very hard to find with the rear oval glass window.”

The 1963 Volkswagen Beetle has an asking price of $45,000. Sunny days, long drives and fun outings await the buyer of this fully restored relic.