This ClassicCars.com Marketplace featured listing is a 1982 Toyota Land Cruiser for sale in Port Charlotte, Florida. The car shows 129,622 miles on the clock but, according to the seller, has just gone through a recent complete body-off restoration and inspection including a rebuilt engine.

By 1951, Japan was a US ally and manufacturing was beginning to hum along again. Toyota was tasked by the US military to produce a Willys-specific Jeep for use in the Korean Conflict. Toyota had already built a prototype during WWII for the Japanese military, but it never emerged as a production model. Due to Willys citing a trademark violation, the BJ Jeep’s name was changed to Land Cruiser. The rest, they say, is history. 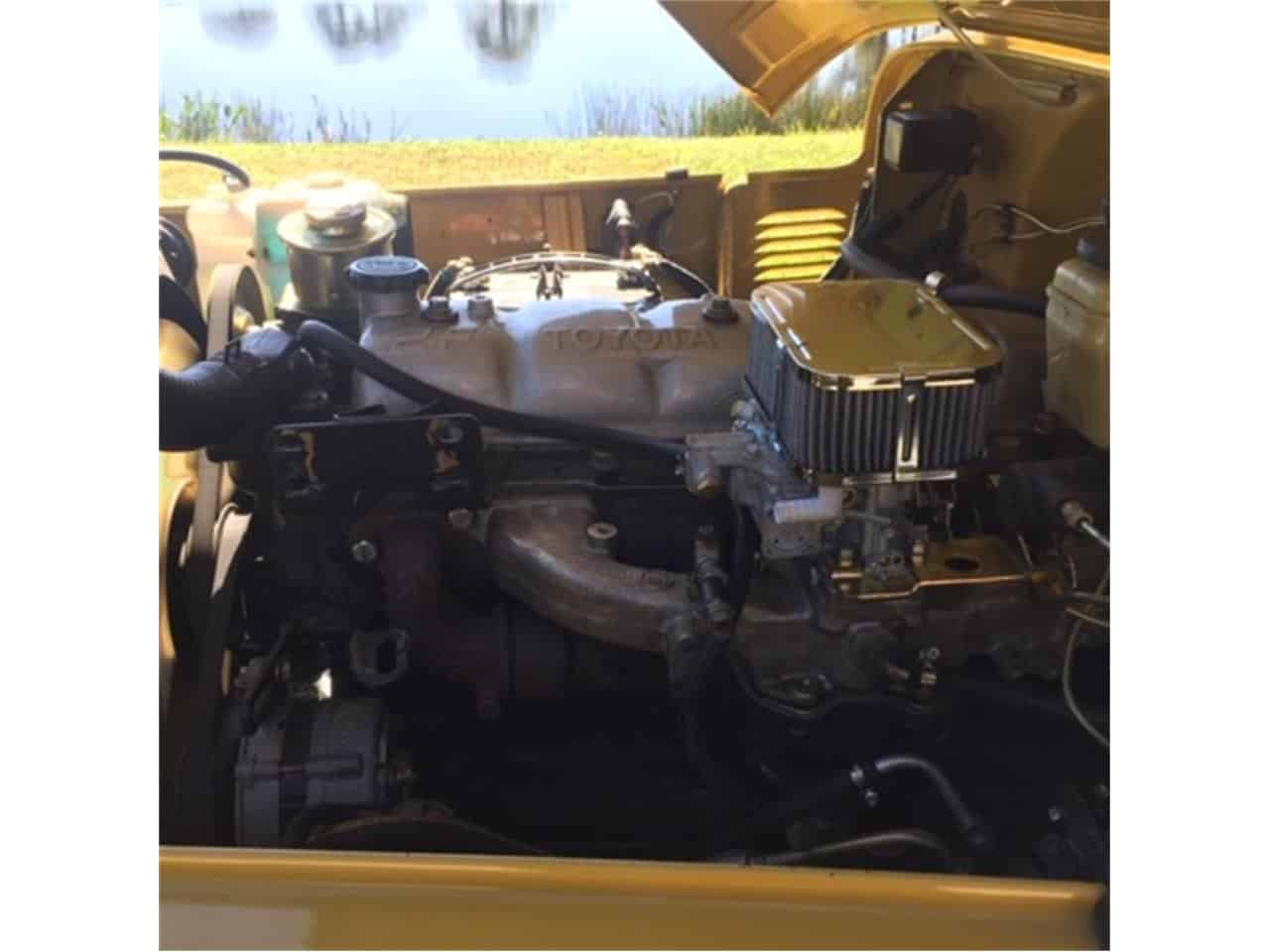 The seller explains that during restoration, the frame had been bead-blasted and repainted. The body is in excellent condition with a newer paint job. The soft top is new. Prior to the seller’s purchase a little over a year ago, a full vehicle inspection was done by Road Ready and the land Cruiser received high marks. However, there were a few issues, including steering and suspension, which were repaired by the previous owner prior to the sale with the exception of the gas gauge, which still does not work. 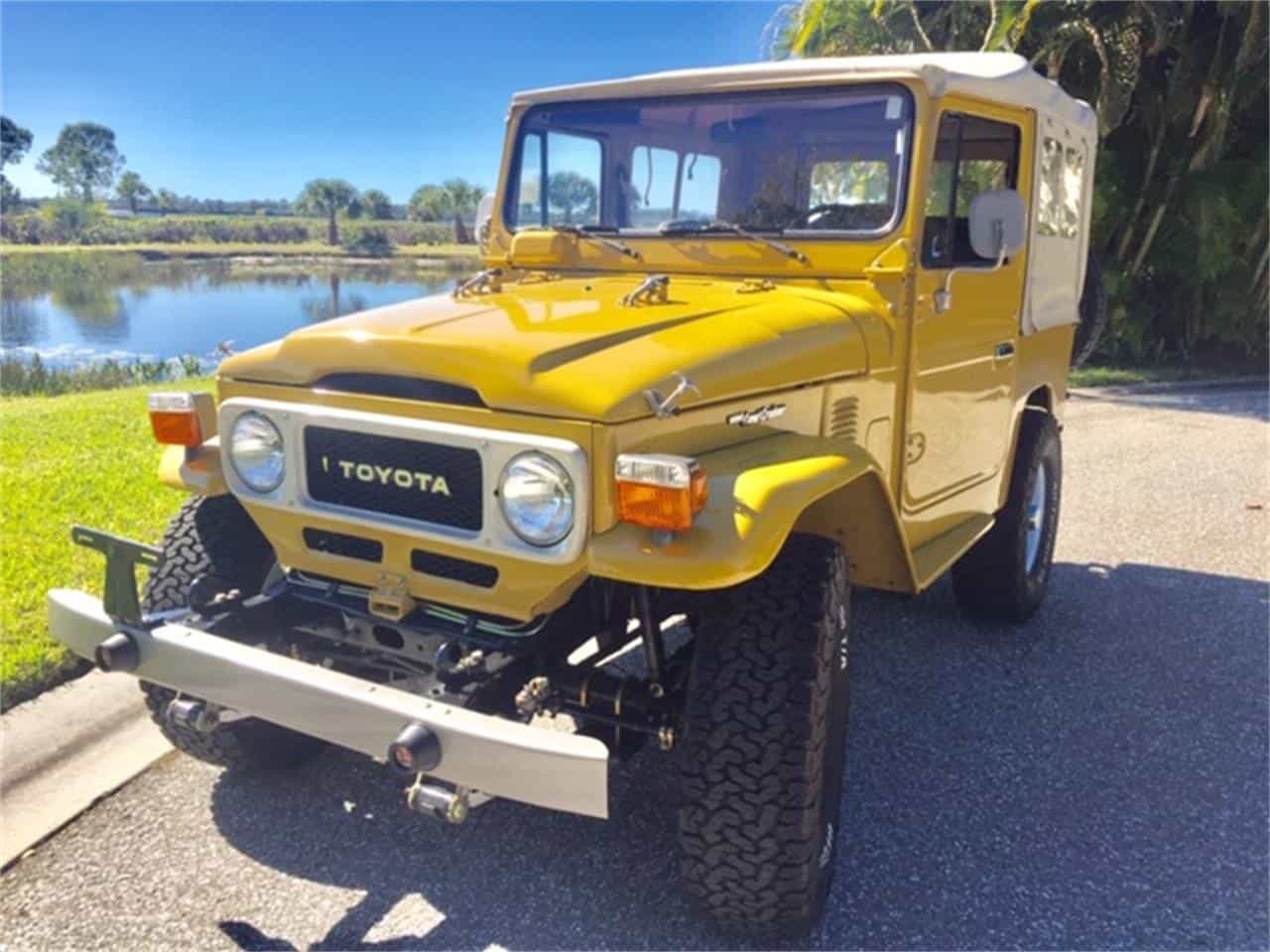 The 4.2liter 2F inline-6, connected to a 4-speed manual transmission and part-time 4-wheel drive makes this utility vehicle a driver that is comfortable on highways as well as the outback. Starting is greatly improved as the seller has updated the manual choke carburetor to an electric choke. It has a new carburetor, but all the original parts, including the original carb are included in the sale. 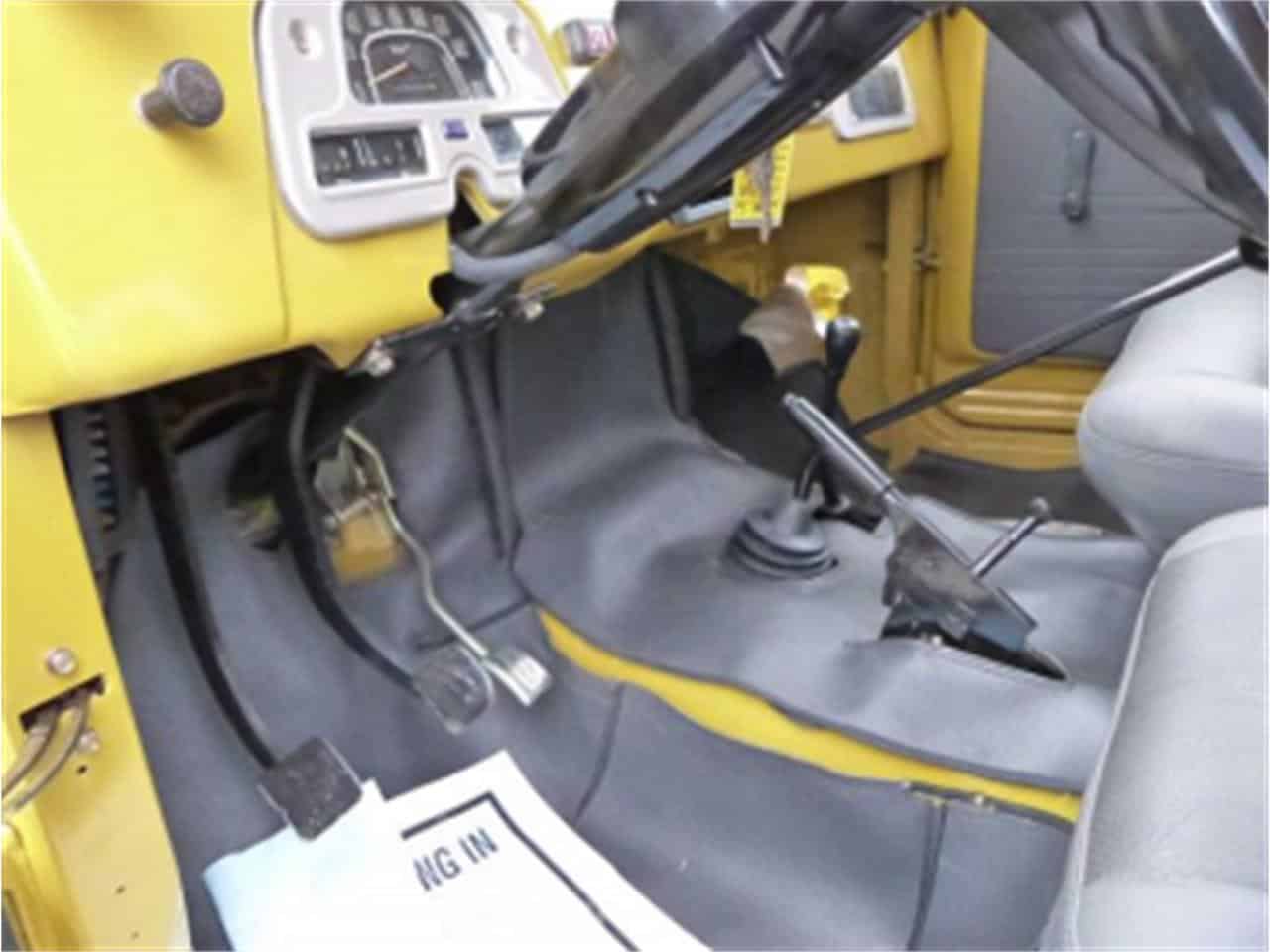 The BFGoodrich All-Terrain T/A tires and rims are new and the Land Cruiser had a front end alignment and front end bearings repacked. The seller is including a number of extras in the sale: Haynes Repair Manuals, CoolCruisers waterproof car cover, new side mirrors and recently installed new period correct front seat belts.

The 1982 Toyota Land Cruiser has an asking price of $39,000. To view the listing on ClassicCars.com, click here.