Celebrate 70 years of Formula One with ‘The Champions’

Author Maurice Hamilton and photographers Bernard and son Paul-Henri Cahier produce a celebration of Formula One World Champions. The different personalities, eras and cars make for a great read 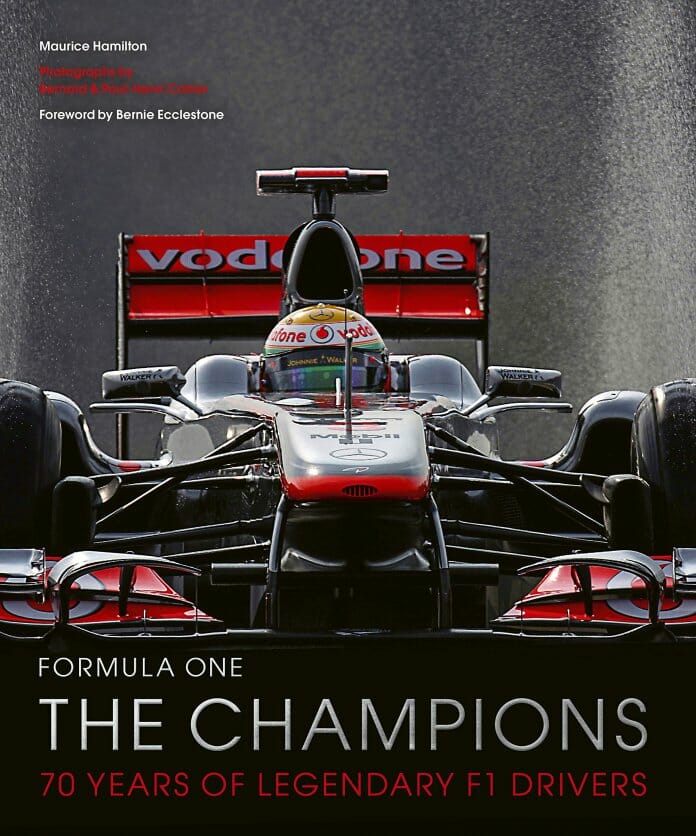 To win a Grand Prix is quite a feat, considering the pressure cooker of danger, Machiavellian politics, teammates, engineers, sponsors, team principals, fans, paparazzi, a worldwide television audience, and so many other factors. To be the F1 World Driver’s Champion is to be lauded as the best of the best, as Formula One is considered the pinnacle of motorsport. Just 33 men have achieved this tour de force.

From the first: Dr. Giuseppe ‘Nino’ Farina, to the current: Lewis Hamilton, “Some were better than others at, say, getting the whole team around them, or being technically brilliant, or even being super quick drivers. But they were united by being very competitive and extremely astute,” observes Bernie Ecclestone in the foreword to Formula One: The Champions: 70 years of legendary F1 drivers.

British Broadcasting Company commentator Maurice Hamilton, who has reported and written 20 books on the sport since 1977, along with the archive of famed photographers Bernard and Paul-Henri Cahier, brought together a tribute to those 33 talented and astute men with words and photos including interviews and observation.

Beyond the fantastic photography, the in-depth story behind each of these 33 legends is an individual tribute to each of the 33 who would forever be known as “Champion.”

Needless to say, it got me thinking. So many different eras, cars, competitors, politics, formulas… Who really was the best? There is the argument for the ages.

The cars themselves developed by leaps and bounds over the years and that is a very special part of reading this book. Consider the drivers who raced in different eras with the evolution of Formula One cars. Take for example, Niki Lauda, who adapted to different technology, aerodynamics, horsepower and design. But of course, Formula One has always been at the pinnacle of land-based automotive technology.

What if the very first World Champion, Nino Farina, had the chance to travel through time and see the 2020 SF1000 revealed a few days ago?

According to Hamilton, “(He had) a distinctive driving style as (Farina) sat well back with his arms outstretched, in contrast to the more popular method of crouching over the large steering wheel.”

What would Farina, who was killed in a road accident in 1966, think of the nearly reclined driving position in a modern F1 car?

What would Jimmy Clark think? What about Jochen Rindt, who didn’t live to see his 1970 World Championship. Alberto Ascari? My guess would be all of them would say, “Strap me in! I want to drive this thing!”

The book is a wonderful 70th anniversary tribute to the great champions of the modern era. There is an adage that “there are no old, bold drivers.”

Yes, indeed, some of the men on these pages met their demise in cars – both on the road and track. In all, 19 of these drivers are still living, leaving 14 that have died in the last 70 years. Four of whom died of old age, one in a plane crash, one of a heart attack while racing at an advanced age, another from a lifetime of substance abuse.