The real deal: The Townes Speedster

It's understandable to see how Townes' own 1958 356 Speedster would have been the genesis to his 1967 Porsche 911 Speedster. Little did Townes know his creation completed in the early 70’s would inspire so many future enthusiasts

The 11th time’s a charm, at least it was for Stan Townes. Eleven windscreens were used in the process of making this car, but that’s not the only interesting aspect of his Porsche 911 Speedster’s 51-year history.

The sleek lines and cut down windshield added an appeal that a traditional convertible couldn’t touch. After it was clear Porsche would not be making a Speedster 911, Townes sketched his own idea down. It wouldn’t be until 1967 that Townes was able to source a damaged 911 to build his own open-top 911. 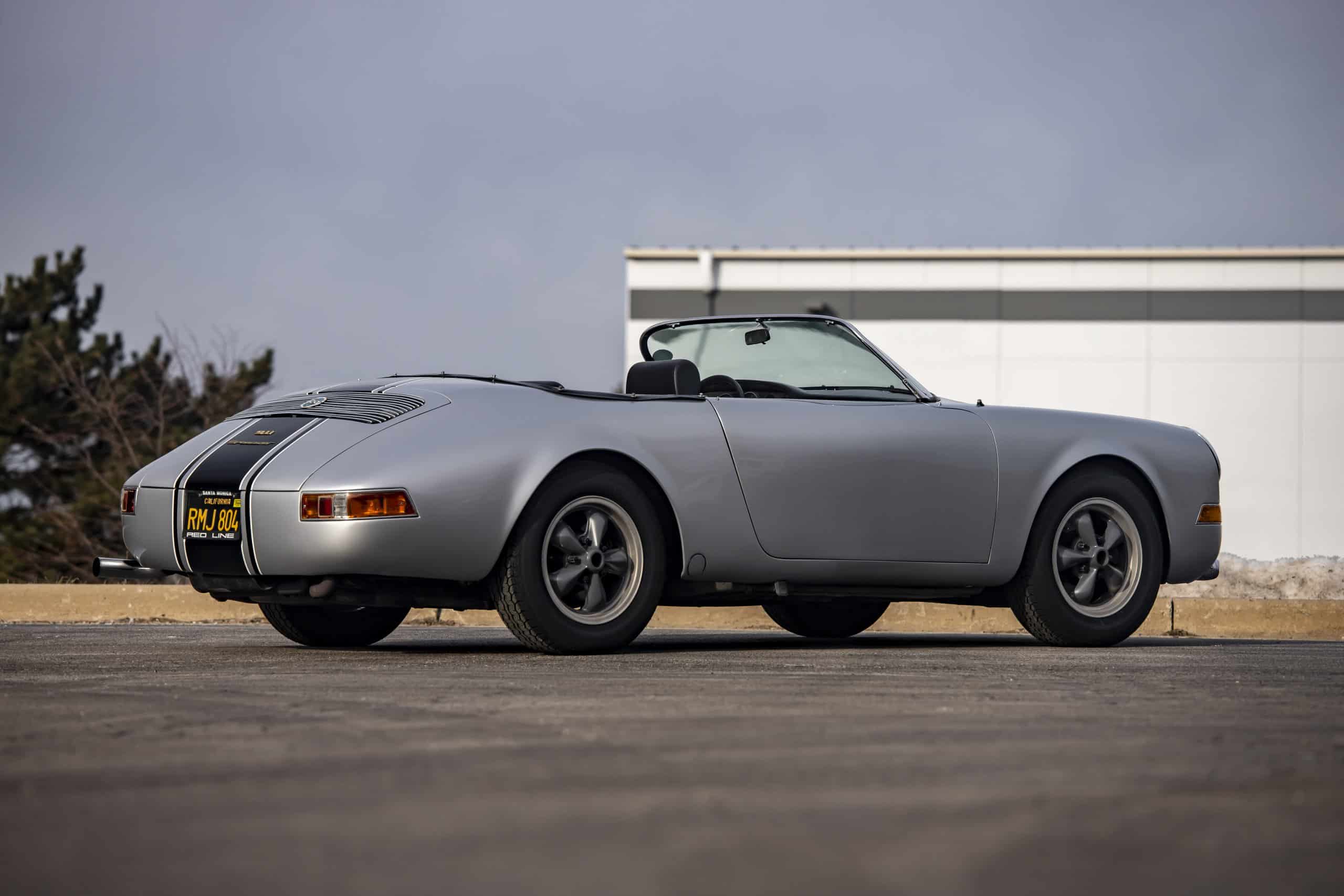 A rolled 911 coupe made the prefect candidate, with the roof section no longer needed. Having suffered a soft roll, the donor 911 would very quickly be chopped up, with some parts from a Porsche Targa added for stiffness. A 1958 Speedster donated its rear cowl and that was grafted into the back end.

Townes removed all the brightwork and smoothed everything over until the car resembled the bumper-less Speedster’s lines he admired so much. Unlike the Speedsters of years past, however, wider flares and wells with a new radius were made for wide wheels and tires. Door handles were shaved. The interior kept the original 911 S gauges, though the steering wheel was updated to one taken from a 914-6. 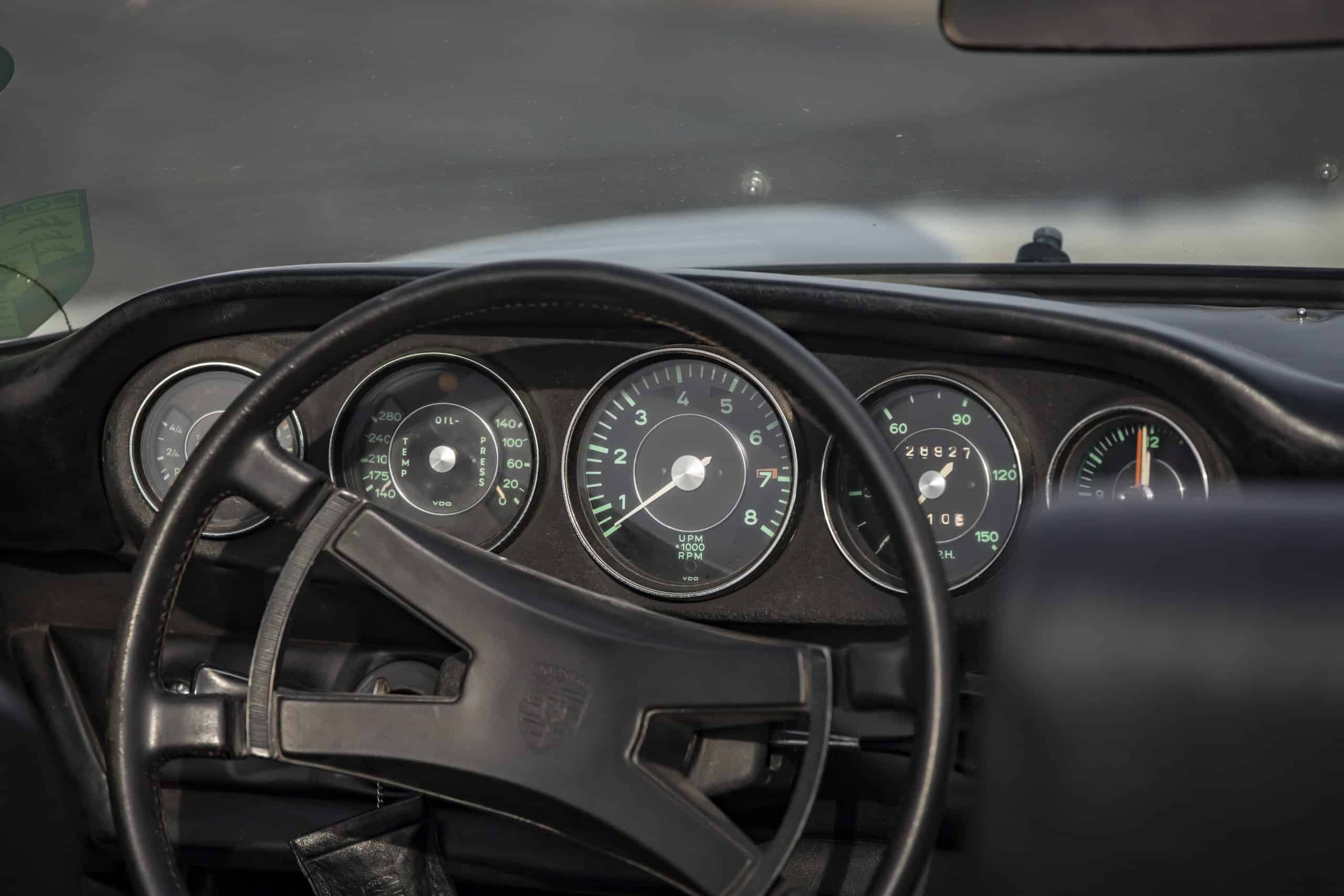 American Racing Torq-Thrust wheels were used. Width was staggered — 7-inch up front, 8.5 out back.

Power came from Porsche’s 2.0 liter flat-6 engine, and rumors still swirl as to whether or not it had a hot cam. During the build, Townes had Porsche mechanic Paul Lang take care of the mechanical aspects of the car. Access to lightly used Porsche performance parts meant Lang could have installed a camshaft, but Townes never confirmed this with Lang. What he did want from Lang was the addition of chrome. After all, it was a show car and chrome was the hot-ticket item in the early 70’s as the car was nearing completion. Combined with painted engine parts, it makes for a great show when you open the engine cover. Inside, things aren’t too flashy. 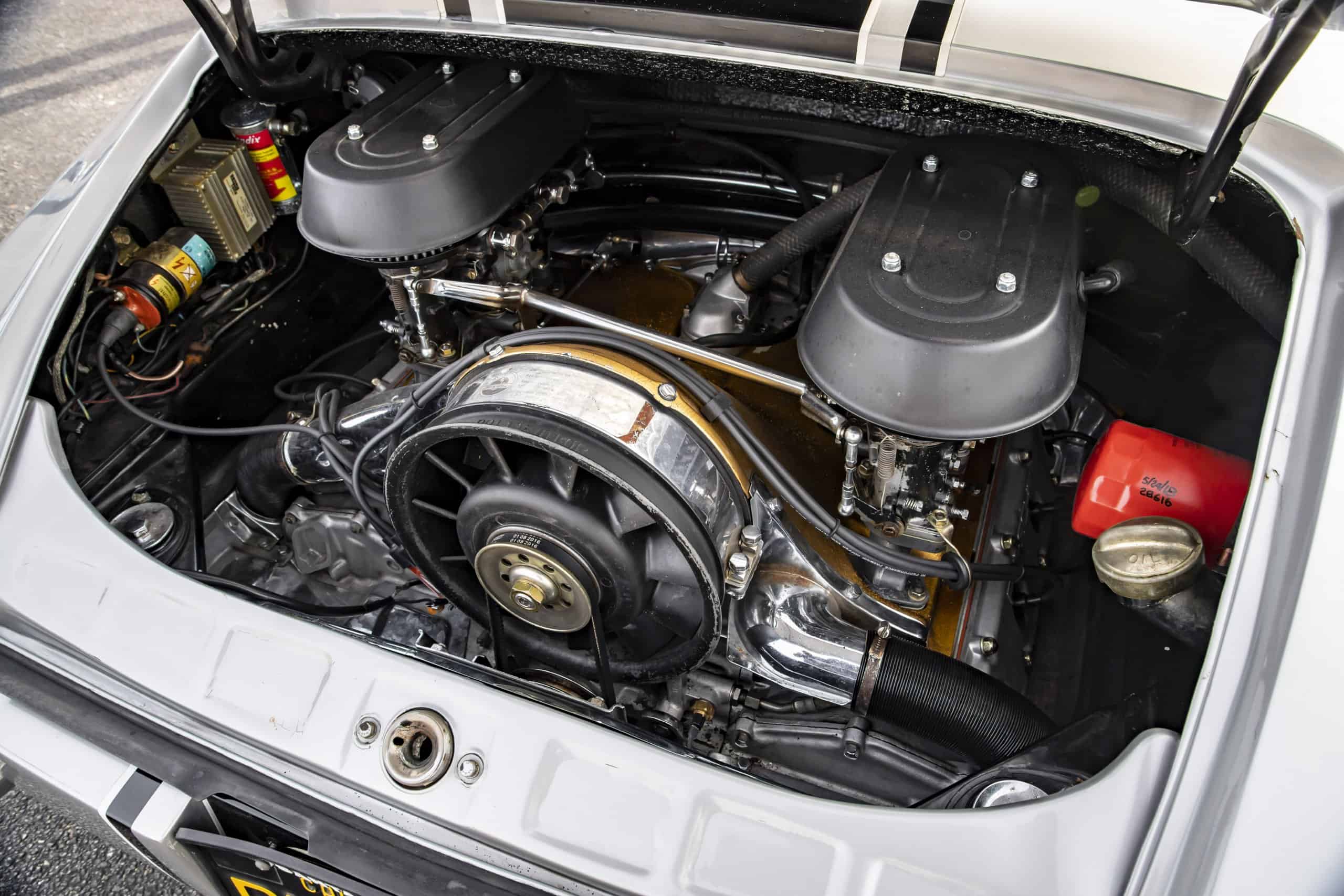 Townes first show with the car is now infamous. The finished Speedster debuted at the 1971 Oakland Roadster Show and promptly earned a gold medal in its class. This feat was repeated at over a dozen shows thereafter, though Townes ended up selling the car in 1972. Fate wouldn’t be so kind to the new owner, as the car was damaged shortly after the sale. Though it was considered a total loss, it was re-built. Several owners had placed their small tweaks on the car since 1972. The Speedster’s current owner purchased the car in 2009 and proceeded to return it to the specifications it once had at the 1971 Oakland Roadster Show.

Haig Haleblian had known about this car for decades, but he came across the opportunity to purchase it by chance. As a vendor selling watches at a Porsche show, a friend of Haleblian’s asked which Porsche he would have if he could have any on the world. Without hesitation Haleblian replied, “the Stan Townes Speedster.”
That car was not present at the show, but Haleblian’s friend happened to recall the Stan Townes Speedster had been for sale in a Los Angeles classified. A promise to get Haleblian the contact info for the owner was made, and a new chapter in the Speedster’s history would soon begin. 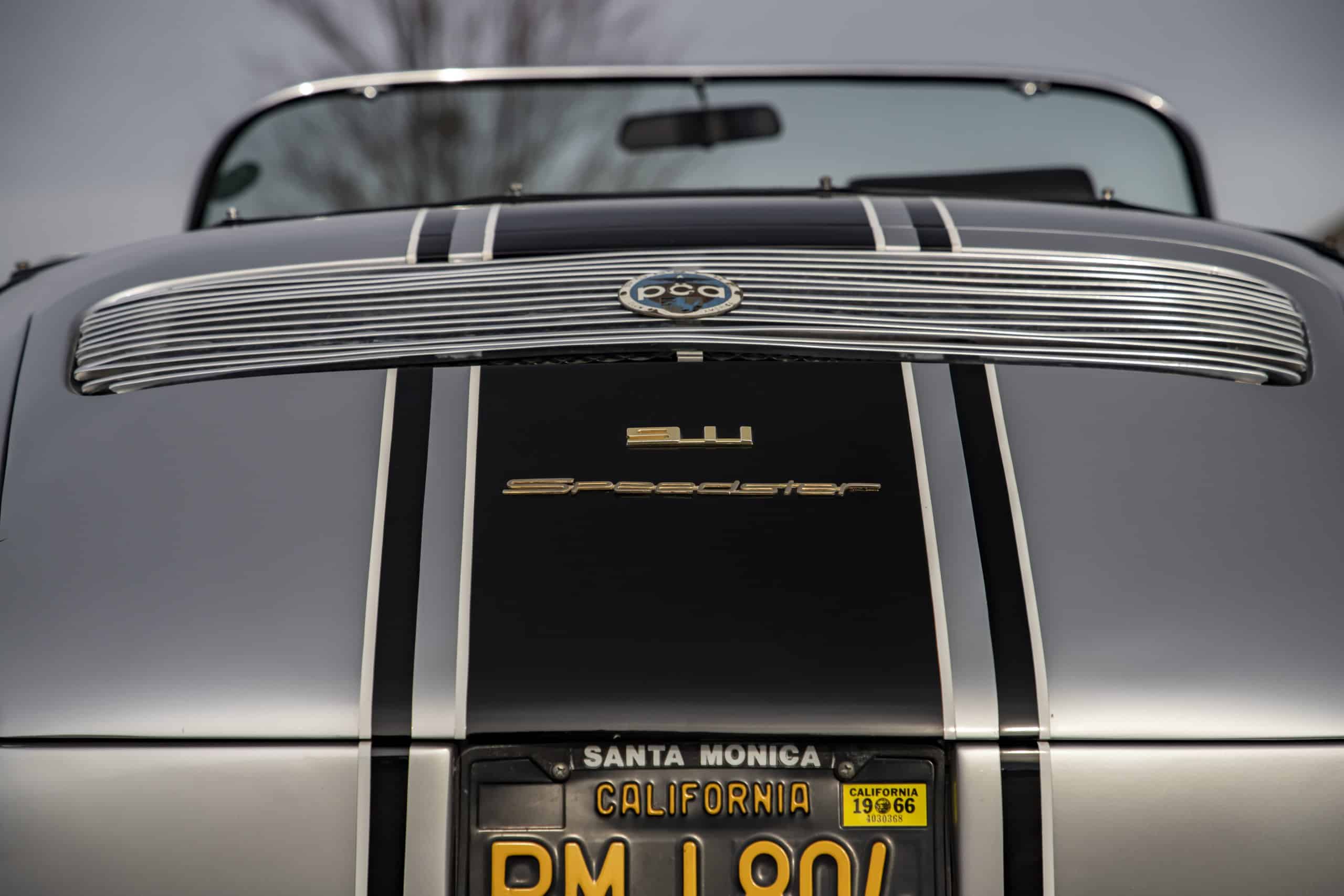 Numerous attempts were made to contact the owner, but the phone calls were not being returned. Haleblian gave one final call. This time the seller answered.

Having friends in convenient places, Haleblian had some Porsche friends check the car out to verify it was the real deal and not a replica. Upon confirmation, a deal was made and a transport truck immediately was sent to pick the car up and take it to Illinois. Although the title was still being located, Haleblian had his car.

The car’s condition was a bit neglected, but not rough. It needed some refreshing but not a total rebuild.
Townes was contacted during the process to provide insight into the light restoration and to dispel some rumors about the car. For instance, the windshield frame was indeed all one piece, and not welded from sections. As well, 11 windscreens were used by Townes, only because cutting down a 911 windscreen was tricky. Though it originally had no side mirrors, a clip-on mirror was added for convenience. 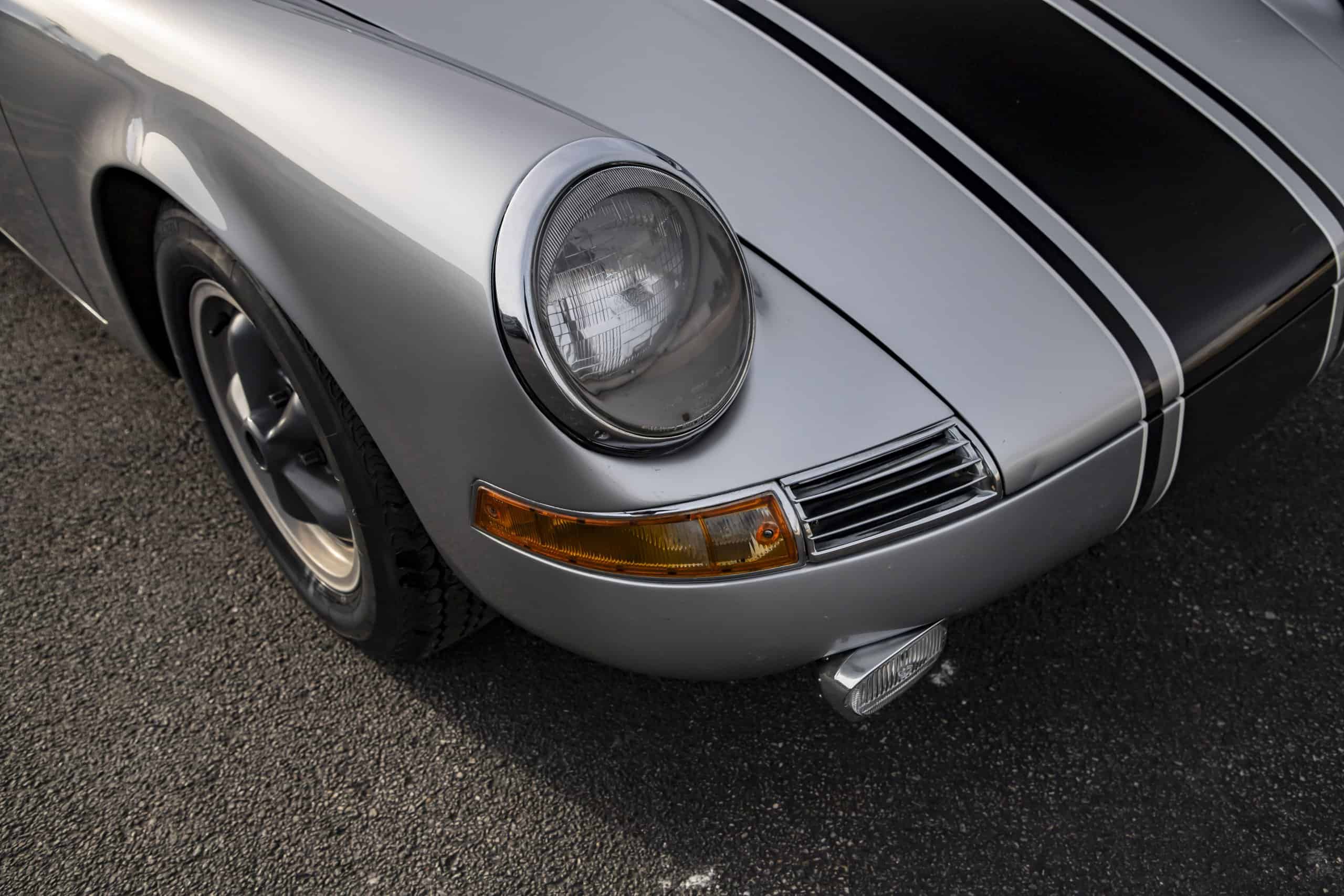 Carpets were replaced, and keen eyed viewers will note that 911 sport seats were replaced with newer reupholstered seats from a 911 R.
Somewhere along this car’s journey to Haleblian, the original American Racing mag wheels went missing, so Fuchs were first used until replica mags were found. Haleblian also said that while some think the car’s stripe may have originally been dark blue, that’s not the case. Townes assured Haleblian that it had always been black with a white outline.

Haleblian understands the provenance of this car. After all, it’s not often a car is so impactful on the automotive community at large that a scale model of it is made. When Townes finally completed his Speedster in 1971, little did he know that it would take another 18 years before they finally built a factory version of their own in 1989.
Perhaps as a nod to the Stan Townes Speedster, the last 991 ever built was also a Speedster, in a very familiar shade of silver. But as it sits, this gorgeous one-of-one custom is in safe and caring hands. 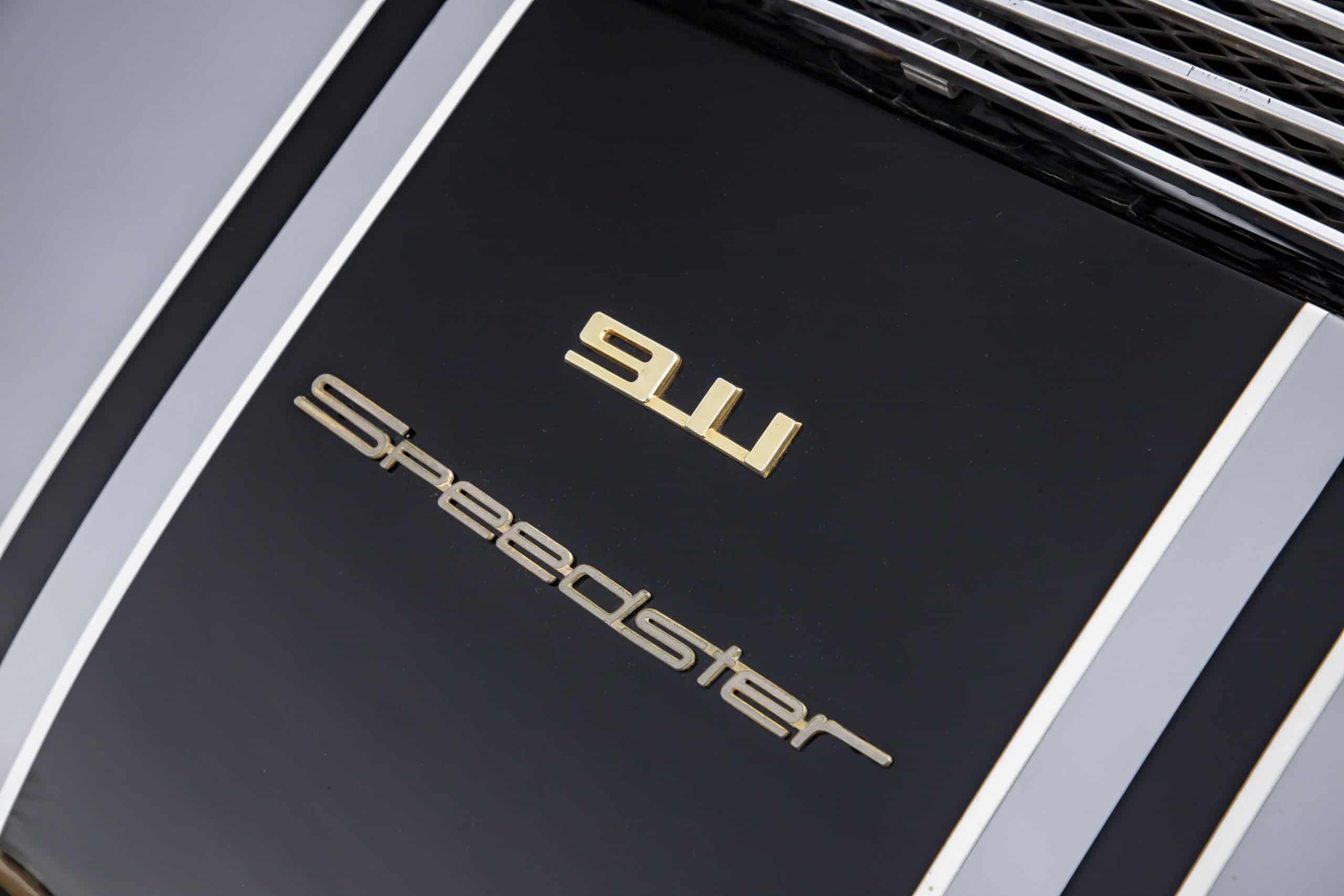 Haleblian is an enthusiast and believes cars should be driven. If the weather’s good, he won’t be bashful about driving it. It is at shows often, and he says he is constantly amazed at how people will go crazy overseeing the car.
“They know exactly what it is, so when they see it for the first time in person, they are elated,” he said. “A lot have assumed it was lost to history after the crash in ’72.”

Is it for sale? Haleblian didn’t say it was but, with a wink, he did say every car has a certain price.

Patrick Morgan
Patrick Morgan grew up around auto racing in the Midwest, tagging along with his father to CART and IndyCar races at tracks like Indianapolis Motor Speedway, Milwaukee Mile and Road America. With that high-octane up-bringing, his involvement with motorsports has ranged from waving flags as a corner marshal to announcing the winner’s circle at the SCCA June Sprints. Patrick now does work behind the lens, and behind the keyboard freelancing for a number of websites. He is often found behind the wheel at time trial events and is a driving instructor at Autobahn Country Club in Joliet, Illinois.