When Brazil banned imports, VW do Brasil created its own replacement for the Karmann Ghia 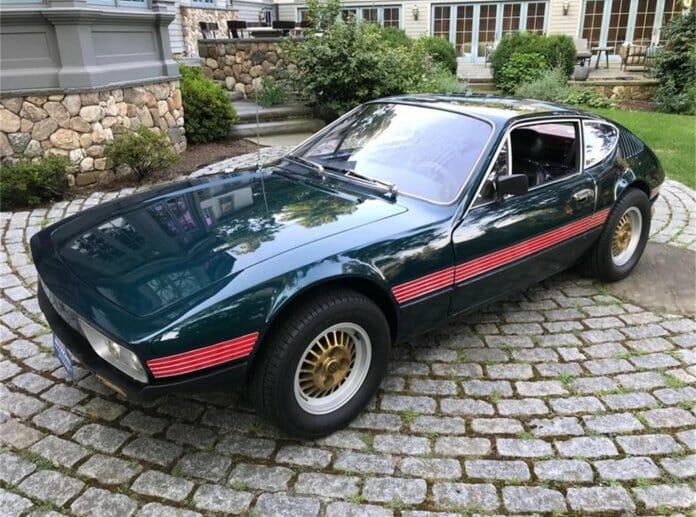 With imports banned in Brazil in the 1970s, Volkswagen do Brasil needed a replacement for the Karmann Ghia, so it created one in house.

Styled by Marcio Piancastelli, Jose Vincente Novita Martins and Jorge Yamashita Oba, the result is the Pick of the Day, a 1974 Volkswagen SP2 described by the Hollison, Massachusetts, dealership advertising the sporty coupe on ClassicCars.com as “stunningly pretty” and “brooding.”

The car was built atop the frame for the Brazilian VW Variant, but with a more powerful 75 horsepower version of the air-cooled 1,700cc engine mounted in the rear. There also was an SP1 version but it was discontinued quickly because it wasn’t fast enough to satisfy customers.

“The low-production SP2 coupe fit a ‘pancake’ 1.7-liter air-cooled flat 4 at the rear, which it carried over a 4-year production life,” the dealer points out.

“The Volkswagen SP2, born from a company independent from its German VW bosses, is arguably the prettiest and one of the rarest Volkswagens ever built. The name SP2 officially stands for “Sao Paulo. Today, SP2 models are increasingly rare, and hard to find outside of their homeland.”

The dealer says this is one of the few SP2 models imported to the U.S., where it was on display in a museum, “maintained mechanically and occasionally driven.”

“The car has recently been fully sorted mechanically and runs and drives strong. The car has won trophies at the first 2 car shows we’ve taken it to since bringing it to Massachusetts.”

The car wears a Green Metallic paint shade with black interior. The 4-cylinder engine is linked to a manual gearbox. The odometer shows 29,00 miles.