The spirit of car culture is alive and well in Southern California as hundreds of cars and people gathered for Bruce Meyer’s All American Cruise-in, with a special Ford v. Ferrari guest panel, at the Petersen Automotive Museum, Sunday, January 26.

Overcast skies did little to deter lots of American muscle, including GT40 and Cobra movie cars, along with race cars and sports cars, from having a presence on the parking structure at the Petersen Automotive Museum, named for the famous publishing magnate. A panel discussion gave attendees first-hand stories of Carroll Shelby and Ken Miles and lauded the movie, Ford v. Ferrari, which is up for a Best Picture Academy Award.

Event host and museum board member Bruce Meyer commented, “Le Mans is the most important motor race in the world – it’s the only one that matters. It’s the Super Bowl, World Cup, Olympic Games of motorsport. That movie is so important. Even people who have no interest in motorsport, when they got done with (Ford v. Ferrari), they sure realized how important Le Mans was, and is today.”

The panel agreed that a few of the characterizations were victim of Hollywood embellishment. Phil Remington, who notably fabricated for Shelby and Gurney’s All American Racers, was a lot of the technical mastermind behind the Le Mans-winning cars, and was not given as much credit as he should. Peter Brock alluded, “I don’t think there would have been any championships for America without Phil Remington.”

Further, of Ford Racing boss Leo Beebe, the panelists felt he was vilified more than the person and motorsports leader that he was. During that part of the question and answer, Ford historian, Marshal Gardner, displayed a poster of Beebe, Henry Ford II and FIAT boss Giovanni Agnelli, conversing at Le Mans. Bruce Meyer held the poster for all to see. Apparently though, it was said that Shelby had said he would never forgive the Ford racing boss for what he did to Ken Miles, insisting on the side-by-side finish of the GT40s which actually gave the win to Bruce McLaren and Chris Amon, who had started the race further down the grid and thus covered slightly more distance in the 24 hours.

An awkward and funny moment came as Allen Grant spoke of a dinner years ago with Shelby and driver Bob Bondurant, with the two debating over who had been married the most times.

Superformance, which built many of the Cobras in the feature film, had a number of those cars on display. There was literally a sea of Mustangs, Shelbys of all kinds, and very interesting period racing cars, including a “longtail” Porsche 906.

Add to the cars, a number of notable automotive and Hollywood celebrities mingled anomalously in the, “sea of people,” as Bruce Meyer described it. 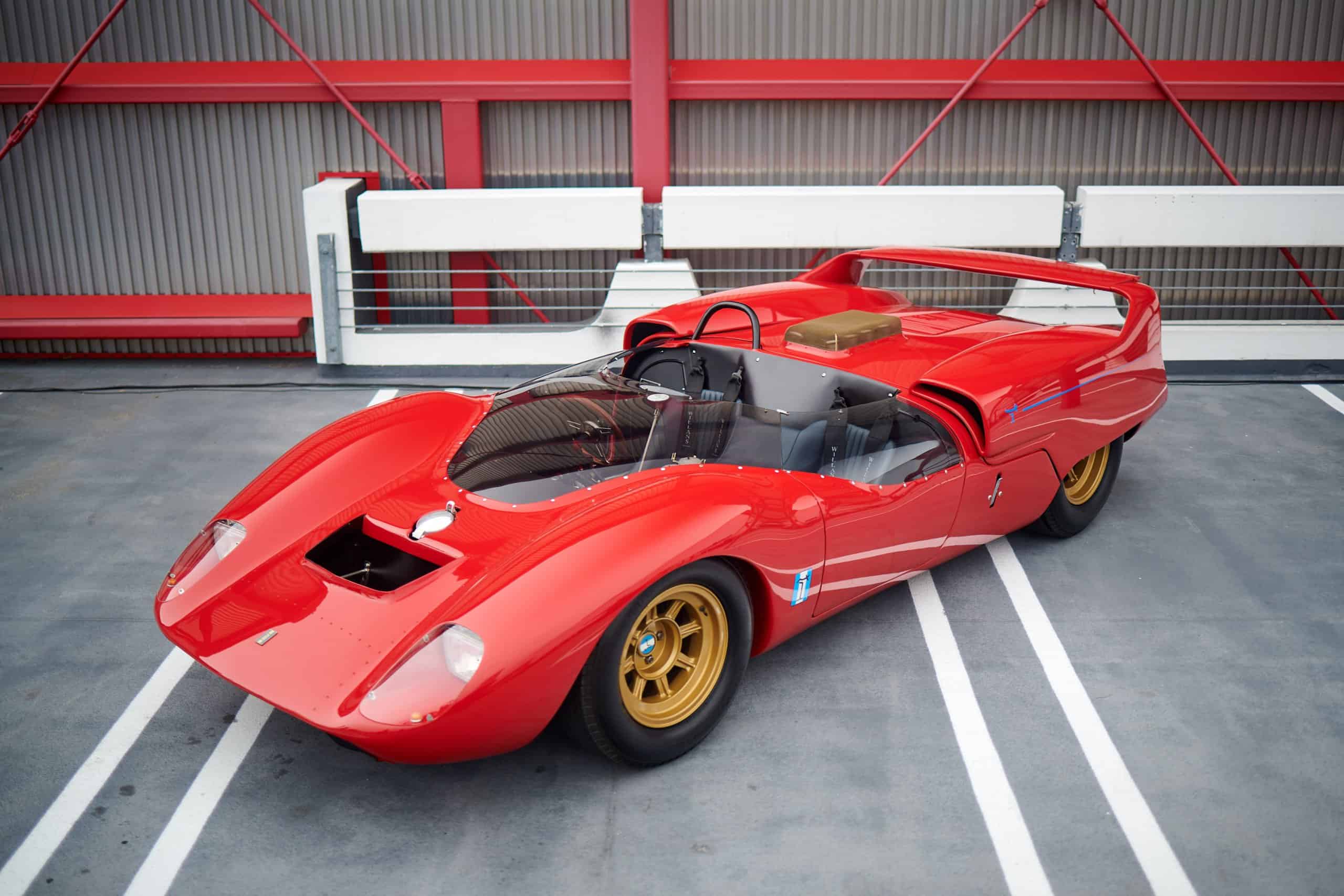 The panel discussion was followed by an autograph session. Meyer himself was so impressed with the huge turnout that he interrupted his own opening remarks to take a picture of the gathered crowd.