Pick of the day is the 1928 Van Blerck midget racer 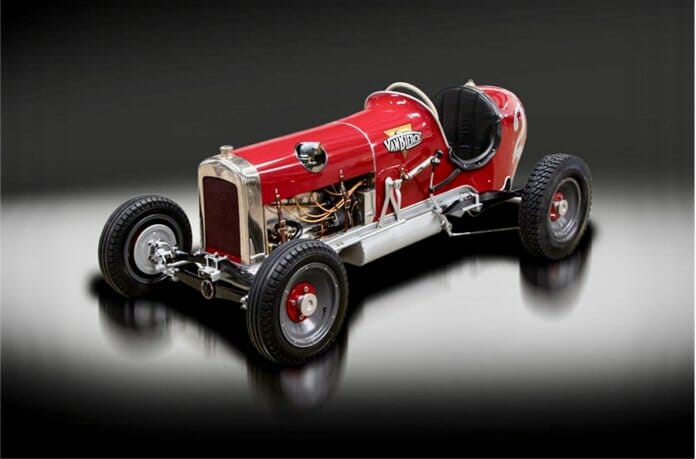 Open-wheel racing cars come in a variety of sizes, and that includes the size of the engine and the vehicle itself. For example, in road racing, drivers often start in smaller and less powerful Formula Vee or Formula Ford cars and work their way up to Grand Prix racing.

On America’s oval tracks, the progression has been from midgets to sprints to Indy. The Pick of the Day is the 1928 Van Blerck midget racer that at one time was part of the famed Harrah Automobile Collection. The car is being advertised on ClassicCars.com by a dealership in Seekonk, Massachusetts.

“The first midget race car meets in which records were kept were held at the American Legion (Ascot) Speedway in Los Angeles, CA dating back to April 1914,” the dealer notes.

“Midget racing continued until interrupted by World War I and did not resume until 1933, when an organization was formed to race a few existing midgets. Loyola Stadium in Los Angeles, CA became the first site for midget racing as an individual sport.”

The dealer says the 1928 Van Blerck midget is believed to have been built by Leo “Pop” Faulkner, one of the pioneers of the sport in California. However, the dealer notes, “(early) builders didn’t brand the midget racers it was common they were referred to by the engine manufacturer.”

Thus, the Van Blerck is named for its Van Blerck “Junior” 4-cylinder overhead-cam engine. Joseph Van Blerck, a native of the Netherlands, designed and produced 4-cycle marine engines in Monroe, Michigan starting at the turn of the 20th century. In addition to boats, his engines were used in racing cars and fire-fighting equipment.

The dealer adds that the car is the “real deal,” and while restored, it retains its original aluminum body and engine (serial number L-1123). The dealer also has paperwork documenting the vehicles history and purchase by the Harrah collection, including an inspection signed by Bill Harrah.

The dealer adds that the collection sold the car in 1986 and after its restoration, it was displayed at the Amelia Island concours in 2007.

The car is offered for $54,900. To view this listing on ClassicCars.com, see Pick of the Day.