The little blue coupe from Savannah 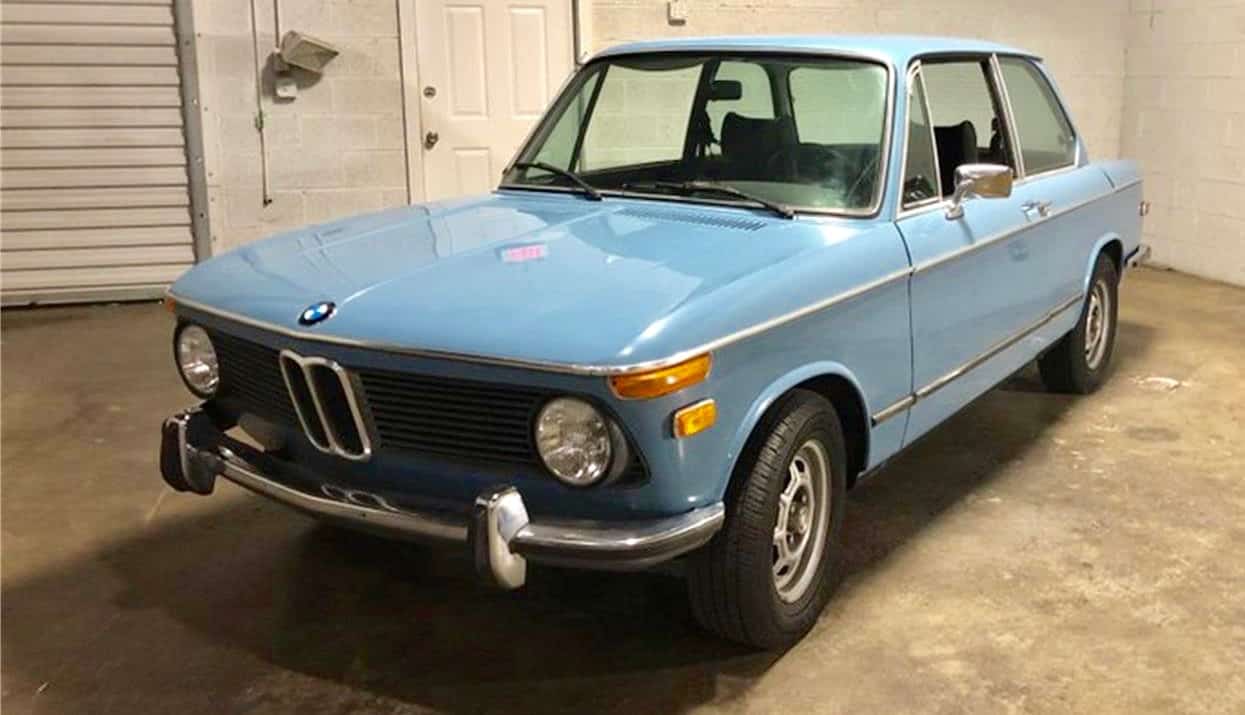 While not overpoweringly powerful, there aren’t many coupes out there that are as much fun to drive as BMW’s 2002. Pick of the Day is a 1976 BMW 2002 that is a two-owner car that has spent its entire life in the Savannah, Georgia, area.

According to the Savannah dealer offering the car on ClassicCars.com, the car was sold in Savannah by Critz BMW in March 1976.

The first owner had the car until 2006 and two years after its purchase, the second owner had it repainted in matching Blue Pastel. The dealer notes that the paint is starting to show its age, as is some of the chrome trim.

Speaking of which, “The rocker chrome is not installed but will come with the car.”

The dealer adds that the seats have recently been re-covered and the radio has been upgraded to digital. The car also has air conditioning.

What might be of even more interest to the next owner/driver is the fact that while the car retains its original 2.0-liter 4-cylinder engine, that power plant is now linked to a newer 5-speed manual rather than the original 4-speed gearbox.

Front brakes are discs, rears are drums and suspension is independent at all four corners. The dealer adds that the underbody is clean and shows no signs of corrosion. The car also comes with owner’s manual, window sticker, bill of sale and “excellent service records.”

The asking price is $23,950. To view this listing on ClassicCars.com, see Pick of the Day.