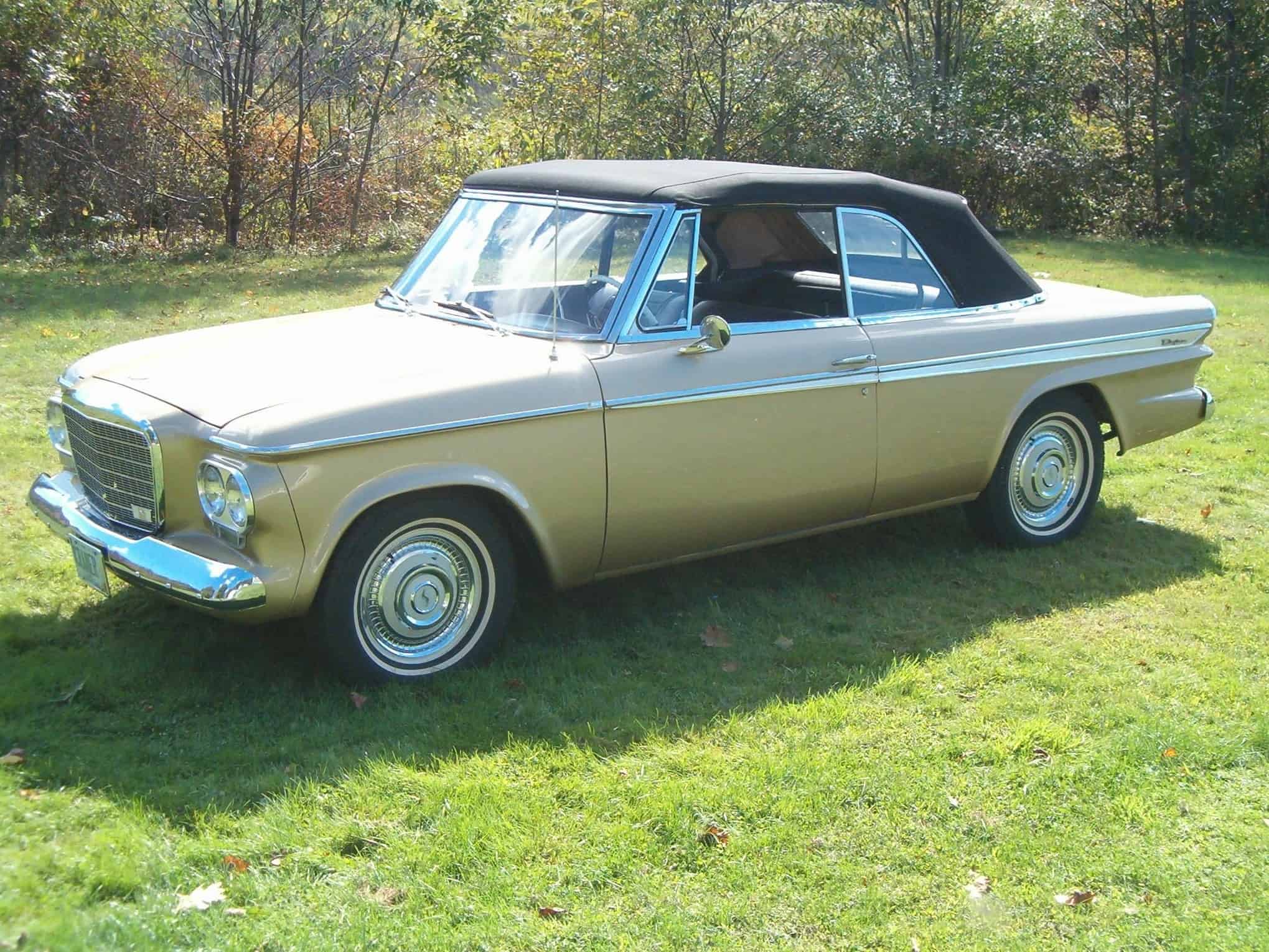 Each year, one of the largest classes in the show is the one comprised of Studebakers, and each year one or two Studebaker Lark Daytona convertibles drive onto the showfield at Riverside Park, and they always draw a crowd.

Which brings us to the Pick of the Day, a 1963 Studebaker Lark Daytona convertible with an interesting history. The car is being advertised for sale on ClassicCars.com by its private owner in Dover, New Hampshire.

The Standard Catalog of American Cars reports that in 1963, Studebaker produced only 1,015 of its Lark Daytona convertibles, making it the rarest of its ilk. The seller adds that of those 1,015 convertibles, only 36 were built for export, and this car is one of them.

“It was located in Holland in 1999 and imported into Germany where work was done to get it ready for the road,” according to the advertisement. In February of 2000 the car was then shipped to the United States.”

Five years later, the car underwent “extensive” restoration, the seller says. Body stripped, suspension replaced, new engine gaskets and valve job. New interior. The seller has more than 400 photos of the restoration process to pass along to the next owner.

The car has a 6-cylinder, which in 1963 meant a 170cid unit good for 112 horsepower. The engine is linked to a manual transmission.

Everything was going fine until 2017 when “the car was in an accident,” the seller notes.

However, “It has received more NOS sheetmetal and trim and brought back to pre-accident condition,” the seller says. “Car runs and drives great.”

It just needs a new home.

“Put the top down, reach onto the column, shift into first and enjoy the simplicity of life in 1963 as you cruise along,”