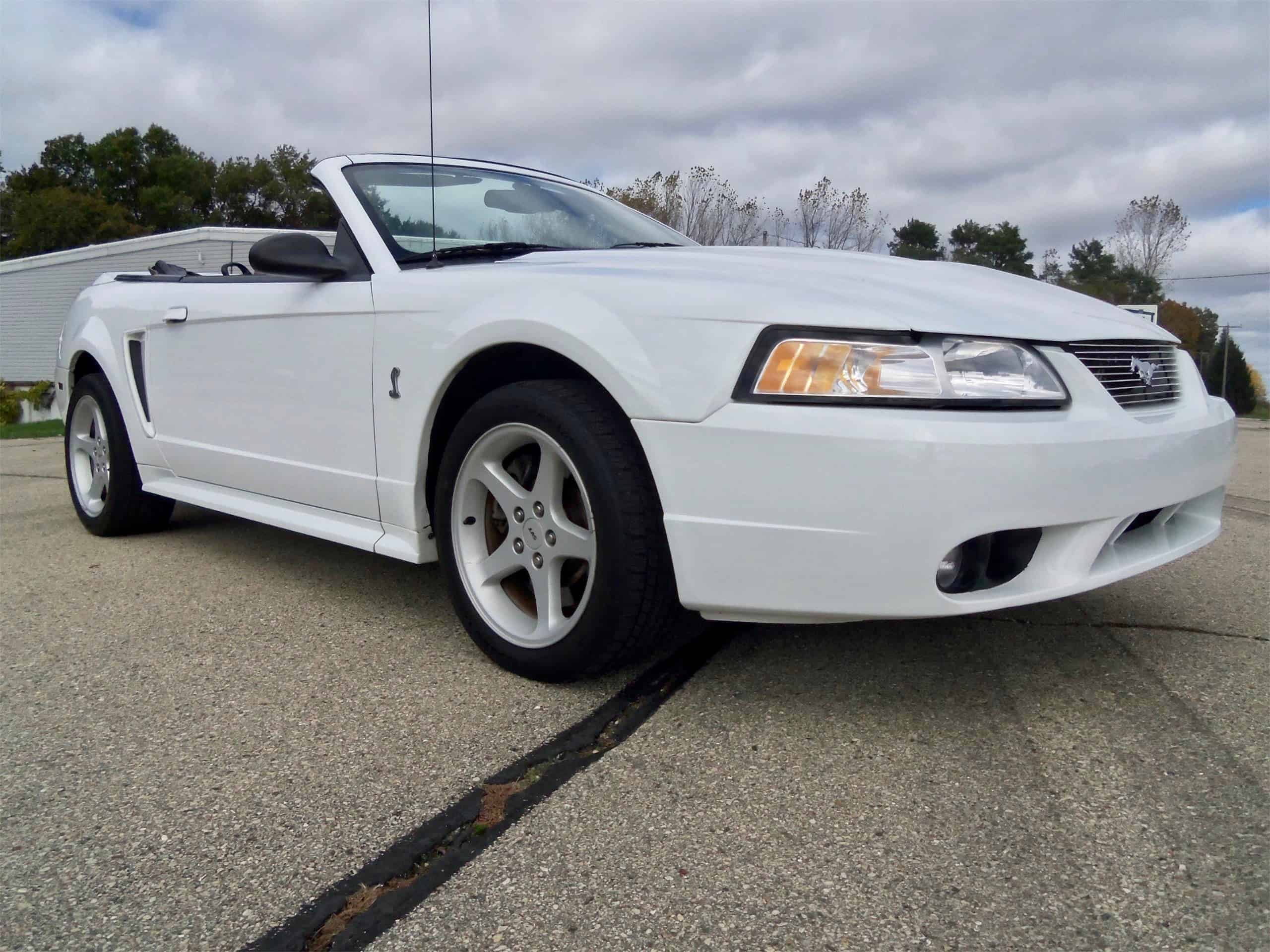 Ford redesigned the Mustang for the 1999 model year, applying its “New Edge” design cues to the coupe and convertible. It also bumped up the rating of the 4.6-liter V6 engine by 35 ponies, to 260 horsepower.

But that Mustang was just the starting point for Ford’s Special Vehicles Team, which was responsible for the Pick of the Day, a 1999 Ford Mustang SVT Cobra convertible. The SVT Cobras were upgraded with independent rear suspension instead of the traditional solid axle setup, with 4-wheel disc brakes, 17-inch wheels wrapped with Z-rated BFG Comp T/A tires, and with V8 engines rated at 320 horsepower, all of them linked to 5-speed manual transmissions.

According to the Jefferson, Wisconsin, dealer advertising the car on ClassicCars.com, it came from Florida via trade-in and is one of 349 Ultra White Cobra convertibles produced with the Medium Parchment leather interior and a matching convertible top. The dealer also notes that Ford’s SVT group equipped 4,055 Mustang convertibles for the 1999 model year.

“This car came from a very nice collection,” the dealer reports. “The owner is meticulous and strict about maintenance.  It was well cared-for.  It has not been damaged or repaired.  (However), I can tell that the front bumper cover has been repainted.

“This car is very close to the original configuration with exception of the grill and the air filtration now being a K&N filter.

“All features function properly.  The doors lock via the key.  There is also a remote.  The original jack, wrench and spare are properly stowed.  The owner’s manual is in the glove box.”

The car has air conditioning, AM/FM radio, and power brakes/steering/locks/windows/seats.

The dealer adds that the tires “were recently replaced to the original standard.”

The dealer reports that the car has been driven only 49,694 miles since new, “and never in adverse weather conditions.”

This ’99 SVT Cobra is the sort of vehicle that’s some call Future Classics and others call Youngtimers, and is being sought after by younger car enthusiasts. The asking price on this one is $12,995.

“There is a lot of life left in this car,” the dealer adds.