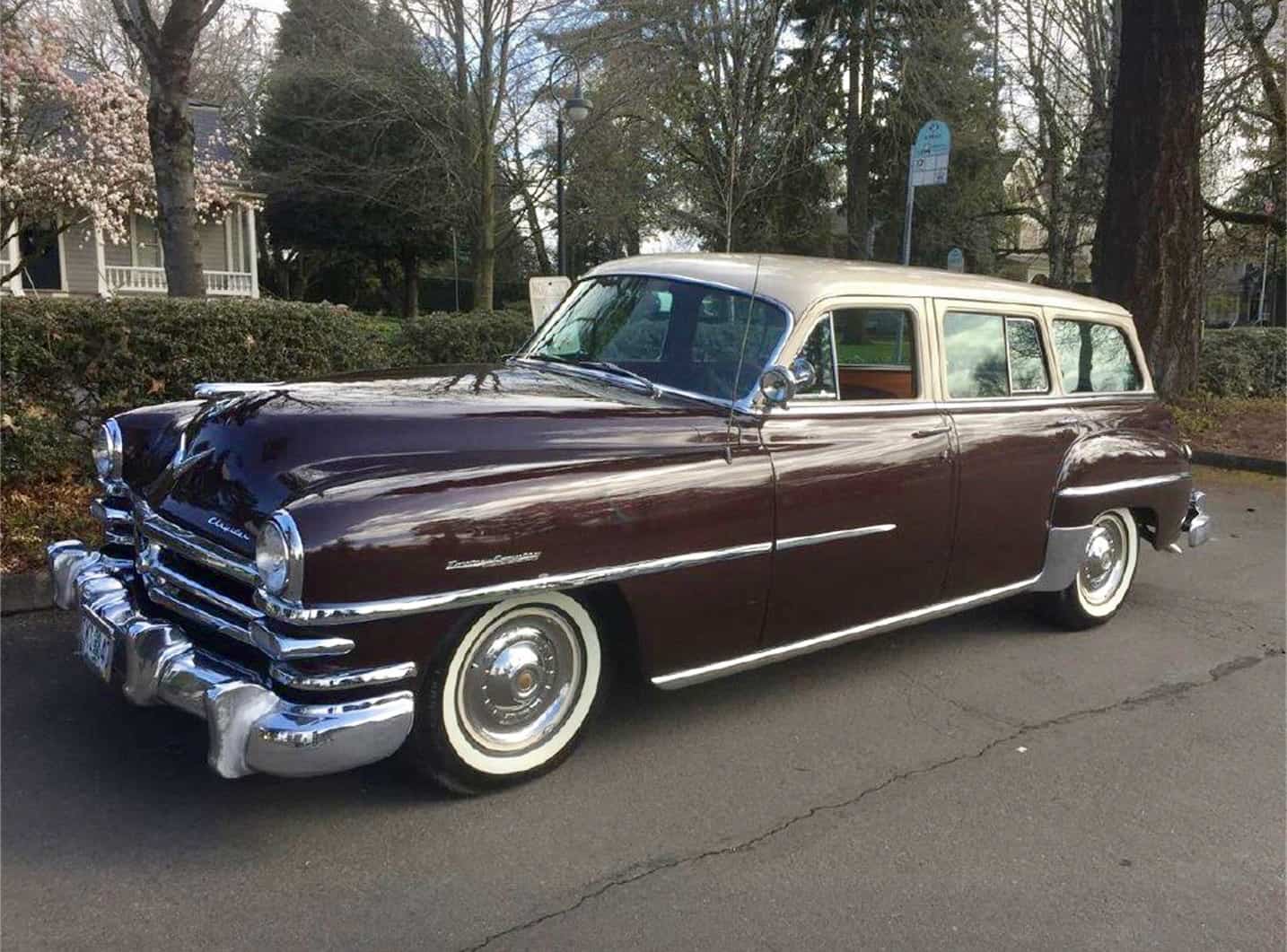 We tend to think of the Chrysler New Yorker Town and Country station wagons as bedecked with gorgeous real wood trim along their flanks. But the Town & Country models produced for 1950 were the last to wear such adornment.

Even without wood trim, these station wagons were impressive vehicles, and still used real wood on the interior cargo floor. One of them, a 1953 Chrysler New York Town & Country, is Pick of the Day.

“A father and son were the only owners for 64 years,” according to the West Pittston, Pennsylvania, dealer advertising the wagon on ClassicCars.com, “The son remembers he was 8 years old when his father bought this car in 1954 in North Hollywood California.

“ ‘He purchased it for his mom to haul us kids around’,” the son told the dealer.

“In 1964, the family moved from California to Southern Oregon and his father put the car in secured storage where it was stored for the next 28 years,” the dealer added. “In 1992, his dad allowed his son to take possession of the Town and Country.

“The motor starts and runs smoothly with no noise, smoke or blow by. The fluid drive works and shifts nicely. The exhaust is quiet and it brakes properly. The front suspension is tight, the power steering is smooth and drives exceptional at 65-70 mph.

“The alligator interior is in remarkable condition after more than 6 decades. It has 3 seam splits that are about 4” and should be easily fixed because the material is not brittle. The headliner, door panels and dash are excellent. The carpets have some wear but are presentable.

“The wood floors and wood rear side panels are amazing for being original. The glass has no lamination and clear. The body rubber throughout is not cracked and remains soft.”

The dealer adds that the wagon has never been in an accident and the paint is original except on the front, which was repainted in 1955 after a sandstorm.