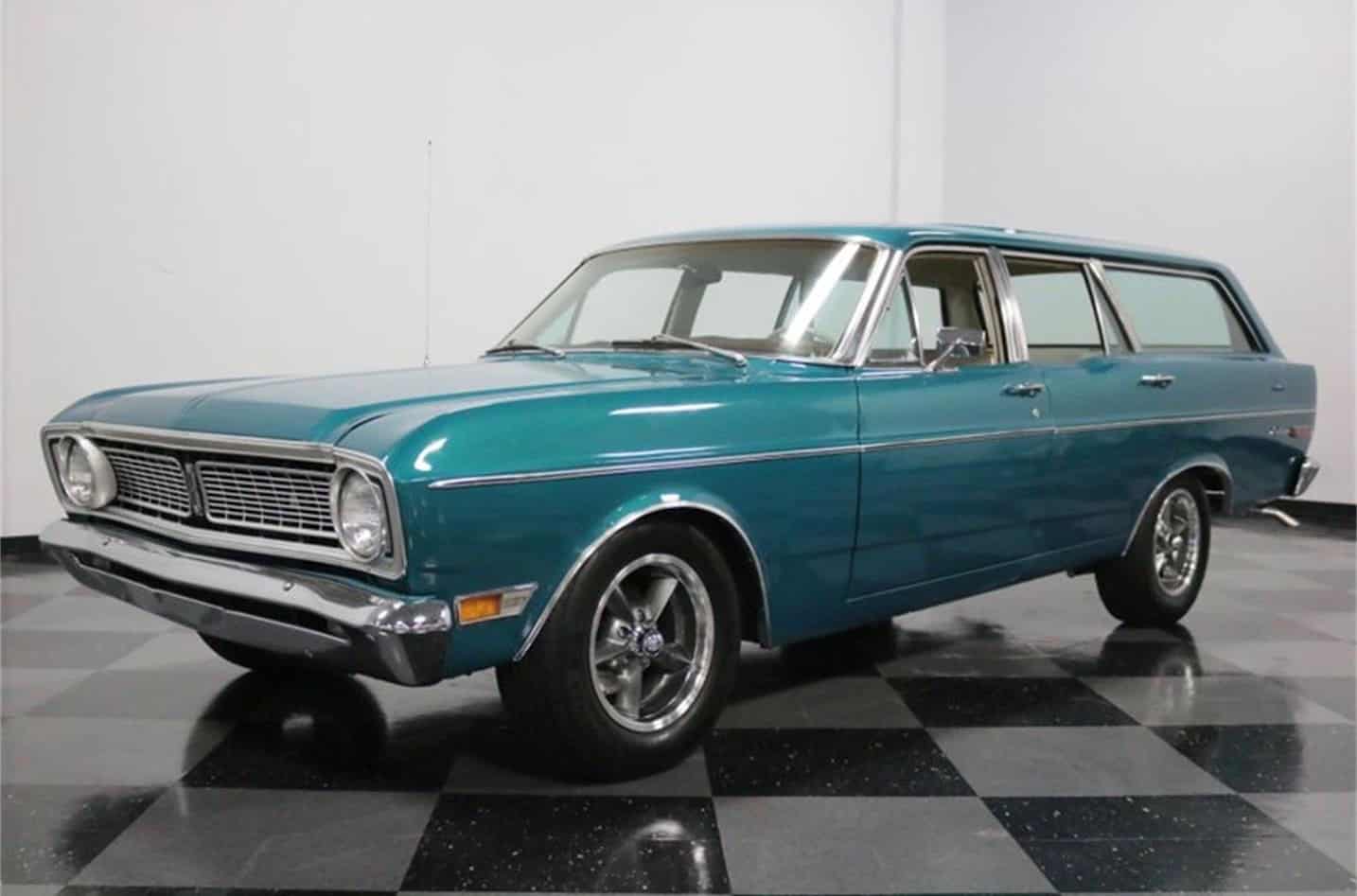 We tend to agree with the dealer advertising the Pick of the Day on ClassicCars.com.

“If you haven’t been paying attention, Ford Falcons have gotten red hot lately,” notes the Fort Worth, Texas, seller offering the Pick of the Day, a 1968 Ford Falcon Futura station wagon that’s equipped with some modern upgrades.

“First, there’s the cool retro wagon look, which is red hot right now, and rarely found on the Falcon,” the seller continues. “Then there’s the lively 289 V8 under the hood and the awesome stance on those aftermarket 5-spoke alloys. All told, this is a cool little hauler that’s more than just pretty, it’s pretty fast!”

The seller adds that the station wagon’s history is in the “warm southern US, so that means no rust bubbles hidden in the dog legs and doors that open and close with precision.

“Falcons are usually great hobby cars because they were not as sporty as the Mustangs and usually lived easier lives, and this V8 wagon (it was originally powered by a C-code 289) fits that mold.

“The Teal Blue paint was redone several years ago and shows some age, but a professional buff could really wake it up and make this Falcon sparkle. Even as it sits, it’s a nice driver that will get attention simply because it’s so unusual. The trim along the flanks is in excellent shape with none of the big dings you’d expect and the usual ornately designed Ford taillights are bright and crisply rendered, making for a very cool package that will stand out everywhere you go.”

The seller notes that the wagon had a C-code 289 when it left the assembly plant and has one today as well, though we surmise it is not the same powerplant. It has a single Holley 2-barrel carburetor. The engine links to a C4 3-speed automatic transmission and through that to an 8-inch rear. The powertrain exhales through a dual Flowmaster system and rides on 5-spoke, 15-inch alloy wheels with “performance radials.”

The cabin has parchment colored and pleated seat covers as well as beige carpets and two-tone door panels.

The factory-installed AM radio does not work and is ready for an aftermarket update.

Ford produced a few more than 15,500 Falcon station wagons for 1968 and another 10,760 Futura versions, some of them Squires with faux-wood paneling. The 289cid Challenger V8 engines were rated at 195 horsepower.