This truck can bring along its own fuel supply 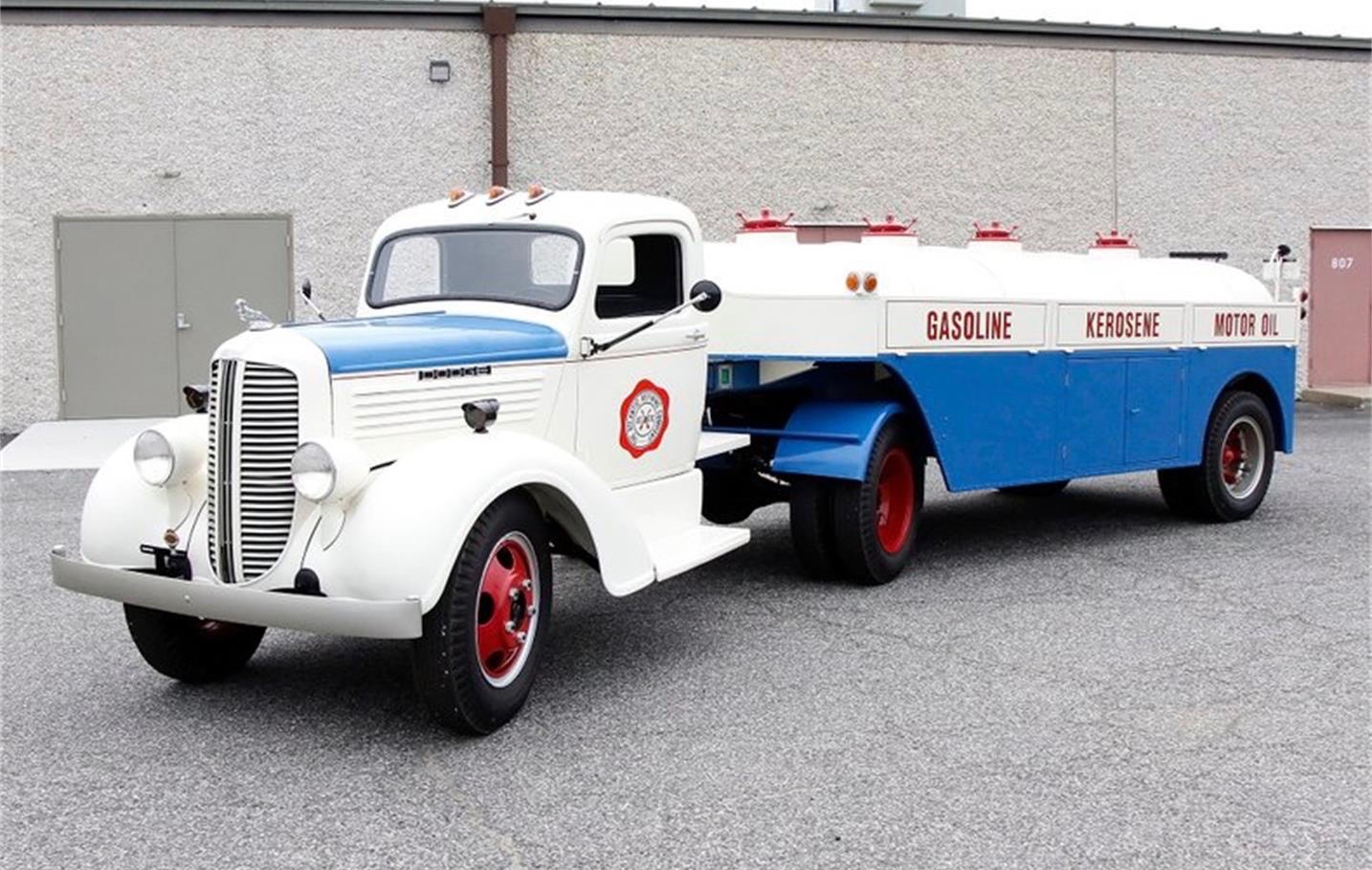 You might have to make arrangements in advance with the organizers of car shows to be sure you have room to park if you chose to become the next owner of the Pick of the Day.

It’s a 1938 Dodge Brothers RE31 truck and tanker trailer being advertised on ClassicCars.com by a dealer in Morgantown, Pennsylvania.

The truck and trailer have been restored in the colors of the Atlantic Refining Company, a Philadelphia-based descendant of Standard Oil after the Sherman Antirust Act broke up that monopoly. Atlantic would eventually merge with Richfield to become known as Arco (and later it would be absorbed by Sunoco, and then British Petroleum, and eventually Marathon).

The Dodge truck line also has a history of mergers and acquisitions. The dealer notes that it was in 1928 that the Dodge Brothers acquired its truck line from Graham, which had been using the Dodges’ engines in its trucks. Like Atlantic, Dodge has gone through a succession of owners — from Chrysler to Daimler to Fiat to the recent merger with Peugeot.

But the subject here is the truck, not the corporate story, and the dealer says the truck was restored in the early 1990s.

“Sprayed in mostly white, we can see strategically placed blue panels on the top of the hood, and rear dual wheel fenders on the tractor, and side panels on the tanker,” the dealer notes, adding, “All paint is very nicely done and covers very straight panels.

“With its white rounded front fenders with forward and rear facing turn signals, and bullet style headlights nestled into the fender near the front clip, it has the old school styling which was about to get more art deco in the 1939 models.

“Bringing up the rear is a 1932 Kingham Quaker City 4 tanker trailer that has also been meticulously restored and can hold approximately 1,250 gallons in its 4 separate tank bays.

“These are topped with red painted 2 handled screw caps, and a hose and pump setup is in the rear of the trailer. The truck is sporting red steel wheels, and the trailer has silver outside with red inside dual steel wheels.”

The truck is powered by a 241cid L-head 6-cylinder gasoline engine good for 85 horsepower. The truck has air brakes, “rare for 1938,” the dealer points out, “and these bring you to a halt quickly.”

The dealer reports that, “A glance underneath without the advantage of the lift, one can see just as much attention was paid here as the upside for this restoration. No rust, fully working air braking system, a heavy-duty driveshaft and large geared rear, transfers power to the dual rear tractor wheels. Air brakes have been installed on the trailer as well.”

The truck and trailer are being offered for $57,900. To view this listing on ClassicCars.com, see Pick of the Day.