1934 Pierce-Arrow was based on stunning early concept car 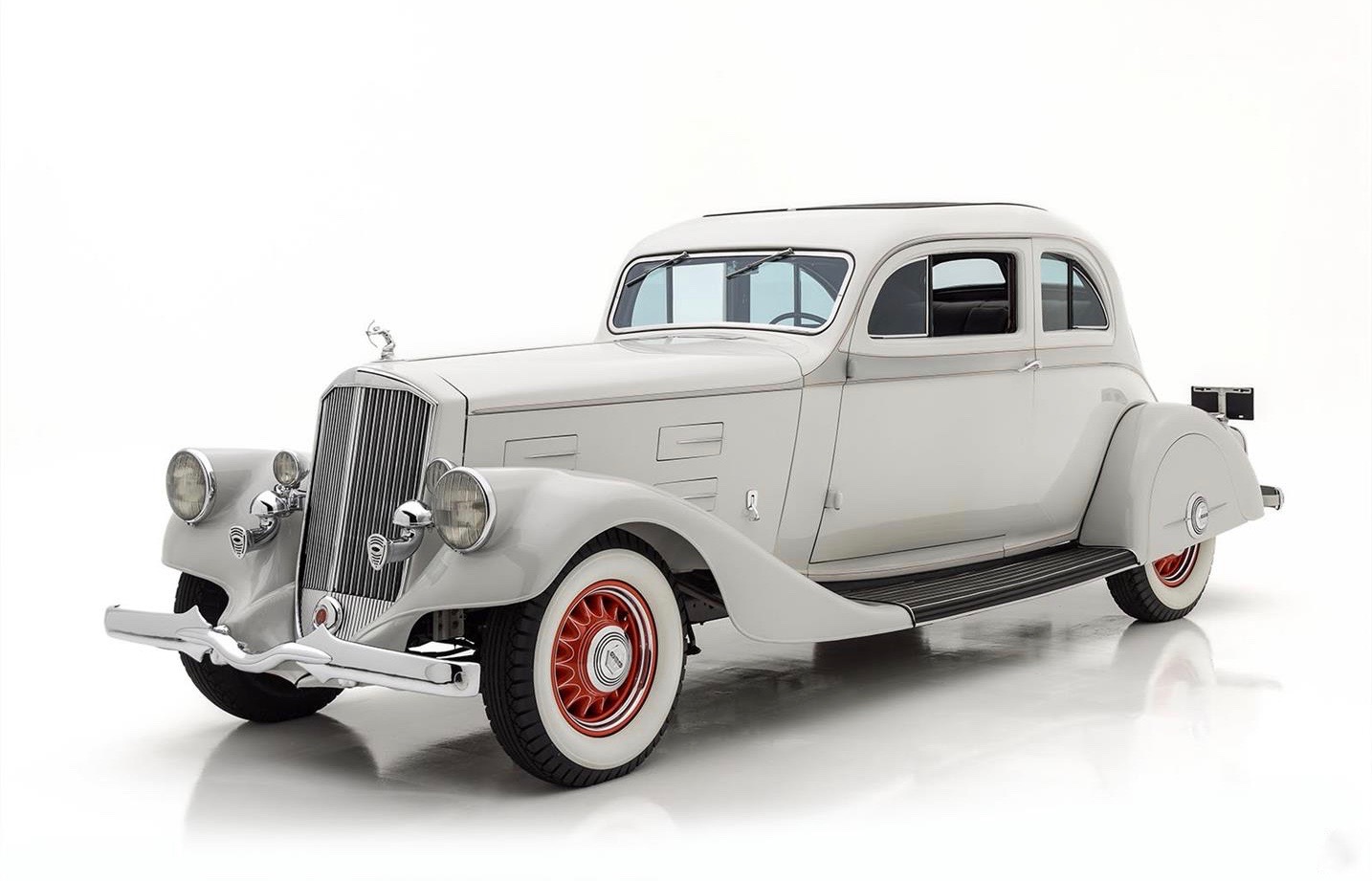 The original Pierce-Arrow Silver Arrow was one of the world’s first concept cars, a limited run of five stunning vehicles created to debut at the 1933 New York Auto Show and then to be displayed at the Chicago World’s Fair.

But after that original set, Pierce-Arrow would produce a run of Silver Arrows, including the Pick of the Day, a 1934 Pierce-Arrow 840A Silver Arrow coupe advertised on ClassicCars.com by a dealership in St. Louis.

“From George Pierce’s first single-cylinder Motorette in 1901 to the final twelve-cylinder car that rolled off the line for Karl Wise in 1938, the Pierce-Arrow name remained synonymous with quality, craftsmanship, and luxury,” the dealer notes. “Along with Packard and Peerless, the Buffalo, New York firm build America’s finest luxury motorcars, earning a loyal clientele along the way.

“Despite the impeccable reputation, Pierce-Arrow, like many of its high-end contemporaries, struggled amid challenging economic conditions. When George Pierce and many of his colleagues retired shortly after World War I, new owners took over the day-to-day operations. Under new management, Pierce-Arrow became slow to respond to buyer’s wishes, and their products soon became stale and dated.

“Help arrived in 1928,” the dealer continued, noting a merger with Studebaker. But that proved to be short-lived and Pierce-Arrow was back on its own in 1933.

“Pierce was cut loose, left to struggle as an independent luxury car maker in the midst of the Great Depression. With sales in free-fall, Phil Wright was brought aboard as a consultant to design a new flagship that would show the world what Pierce-Arrow could do.

“Wright produced a stunning, streamlined sedan based on the twelve-cylinder chassis, dramatically named the Silver Arrow. It made its grand debut at the 1933 New York Auto Show with the slogan ‘Suddenly it’s 1940!’

“The sensational machine featured fully enveloped front fenders, no running boards, and a distinct fastback roof treatment with a triangular rear window opening. It was a masterpiece of modern design; however, the shocking $10,000 price tag kept even the wealthiest customers away during the austere early 1930s.”

But the influence continued. “Clearly adapted from the show car, albeit with more conventional features, the two-door coupe was available on the eight-cylinder or twelve-cylinder chassis. Unfortunately, neither the show car nor the production version could save Pierce-Arrow, and in 1938, the company folded, and its assets were unceremoniously sold off.”

But not before producing vehicles such as the Pick of the Day, one of 1,740 vehicles Pierce-Arrow produced for the 1934 model year, and this one, which the dealer notes is an older restoration, done in tow-tone dove gray colors.

The car is on a 144-inch chassis with red artillery wheels and red stripes on its coachwork, which was built in house and displays a “Body by Pierce” badge.

“Thanks to the added length of the wheelbase, the interior of the Silver Arrow coupe is quite spacious,” the dealer points out. “Individual front seats and the generous rear bench are covered in gray broadcloth and piped in black. Carpets and headlining are trimmed to match… Real wood and wood-grained metal trim surround the cockpit…”

The engine is an inline-8 of 385cid that pumps out 140 horsepower of “exceptional refinement.”

The car is being offered for $179,500. To view this listing on ClassicCars.com, see Pick of the Day.