1959 Thunderbird may have baseball history 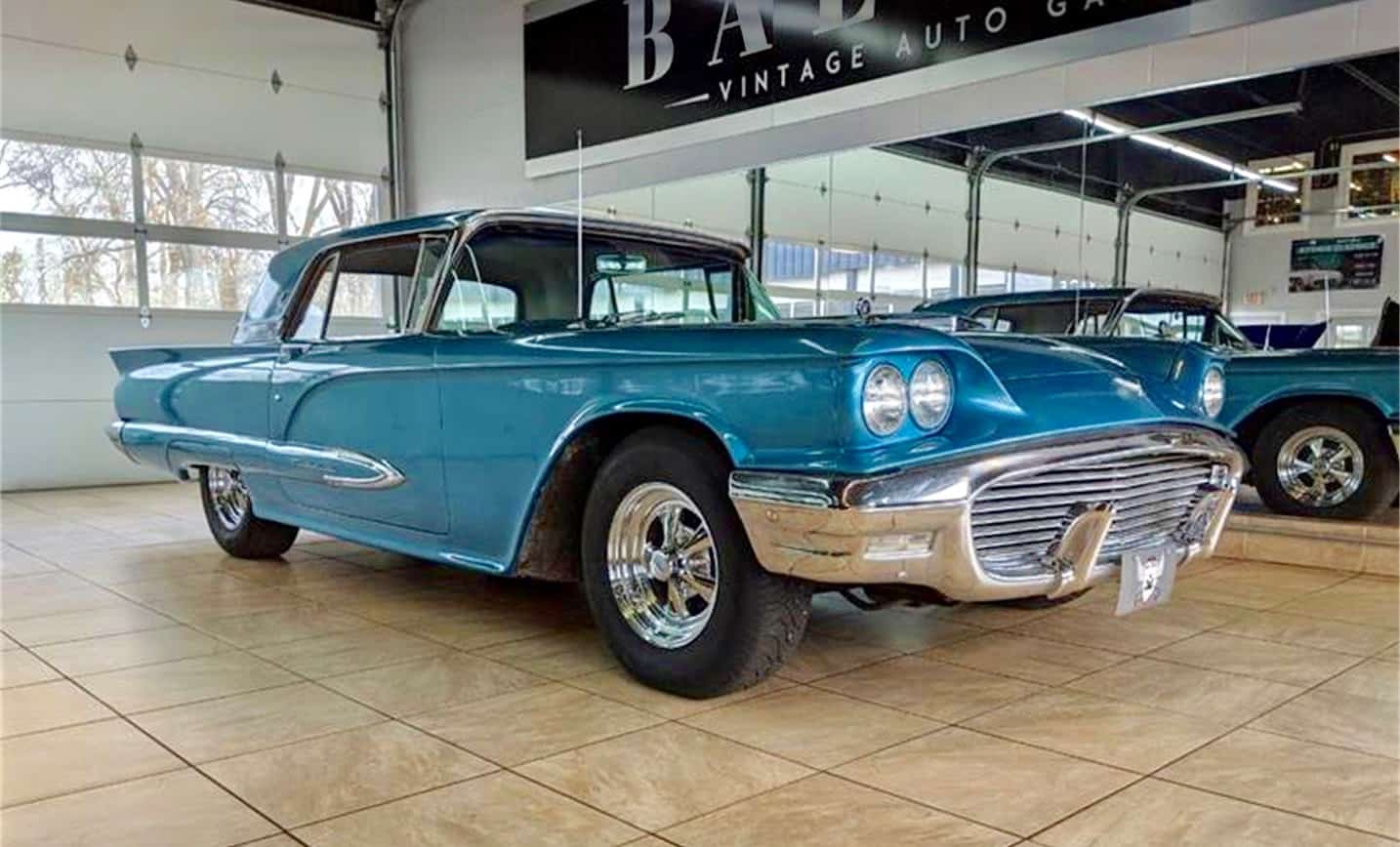 Before he was the major league baseball commissioner. And even before he owned the Milwaukee Brewers, Allan “Bud” Selig was a new car dealer.

Not only does the Pick of the Day bear an original Knippel-Selig Ford badge on its rear decklid, but the St. Charles, Illinois, dealer advertising the car on ClassicCars.com says the 1959 Ford Thunderbird Tudor hardtop is believed to have been owned by Selig himself.

The advertisement offers no evidence, however, to verify that belief.

Whether or not it was Bud Selig’s personal car, the Tbird presents well in the photos that are part of the advertisement. The dealer notes that the car carries its original 300-horsepower 352cid V8 engine with 4-barrel carburetor and its original Cruise-O-Matic 3-speed automatic transmission.

The car has power steering, power brakes, power windows, power seats and an aftermarket AM/FM radio. It rides on 15-inch chrome Cragar S/S wheels, but a set of whitewalls mounted on original steel wheels with hubcaps are available, the dealer says.

“In the last several years the following have been replaced: brakes — including master cylinder, fuel pump, fuel tank,” the dealer notes.

“The car was painted in its current metallic blue in 1990, while the interior received new upholstery and carpeting in 1998. The trunk liner has also been replaced.

“This Thunderbird also comes with both rear fender skirts and a Thunderbird marketing brochure from 1959!”

The car’s odometer indicates 25,000 miles driven, although the dealer does not indicate whether that is the actual mileage, and is advertised for sale for $16,900.