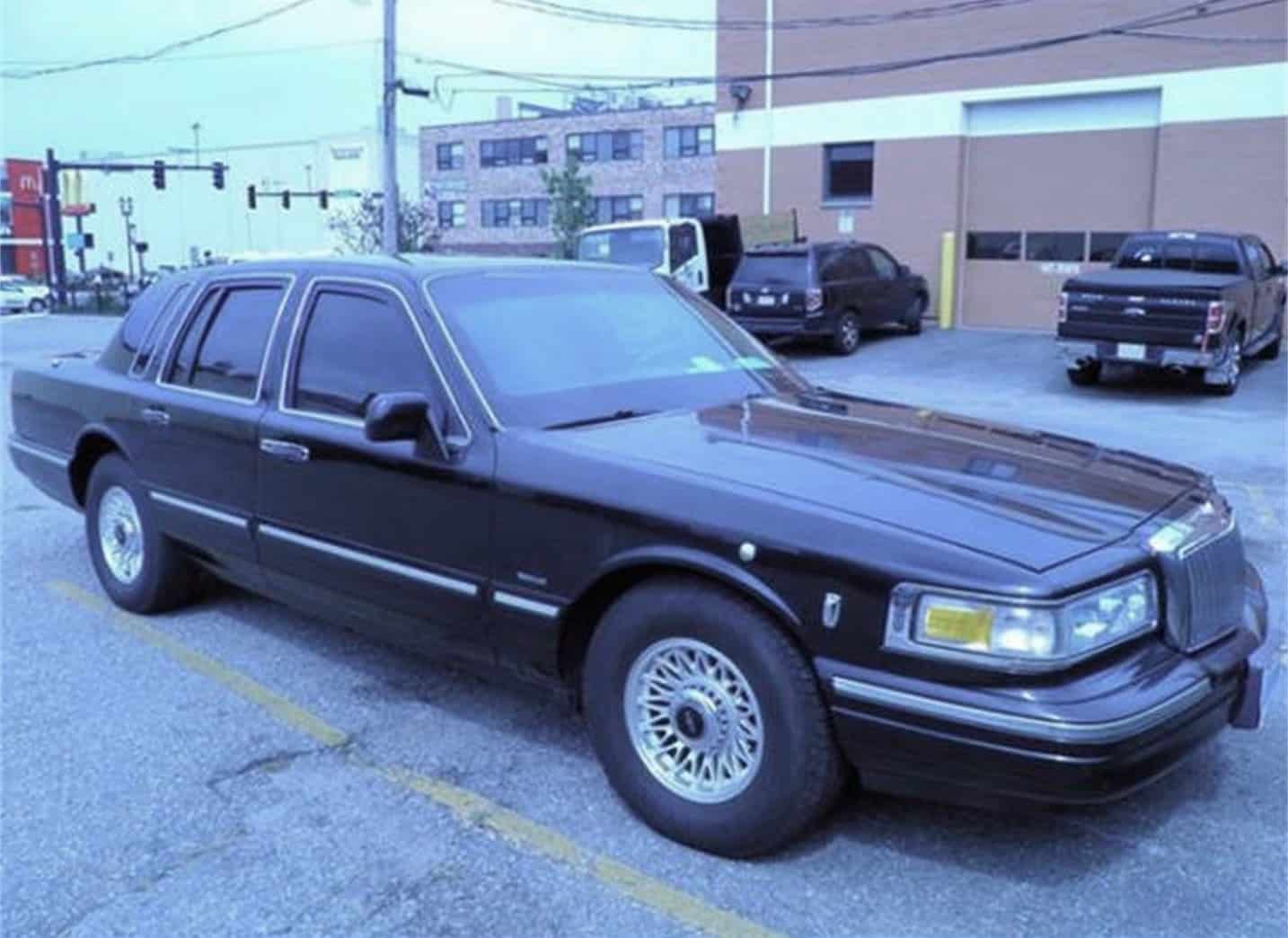 Nice piece recently in The New York Times about “The Comfort-Loving Cult of the Lincoln Town Car” in the age of Uber and Lyft. Among other things, the story profiles Ameed Musleh, an independent “driver for hire” who has nearly 400,000 miles on his 1998 Lincoln luxury liner.

“They were and are bullet cars that can go 300,000 miles easily,” the article quotes David Gustafson of the National Lincoln and Continental Owners Club.

Which brings us to our Pick of the Day, a 1997 Lincoln Town Car advertised on ClassicCars.com by a dealer in Long Island, New York.

The Times notes that Ford stopped producing Town Cars in 2011 and that you can get a good used one for $4,000 to $6,000. The Pick of the Day is priced at $9,300, but it comes with some special features: It is armored and reportedly car-bomb, rocket and bulletproof.

“This is not a standard car,” the dealer reports.

The car was upgraded for someone who lives a “dangerous life or carries money.” It has “very thick” glass, steel-plate armor and thus weighs “about 4 tons.”

“But (it) goes fine” and even has a police siren and lights, a fire system, and intercom.

The car apparently was owned by a diplomat. The armor work was done by O’Gara Armoring of Fairfield, Ohio, successor to the famed Hess & Eisenhardt coachbuilders known for doing presidential limousines.