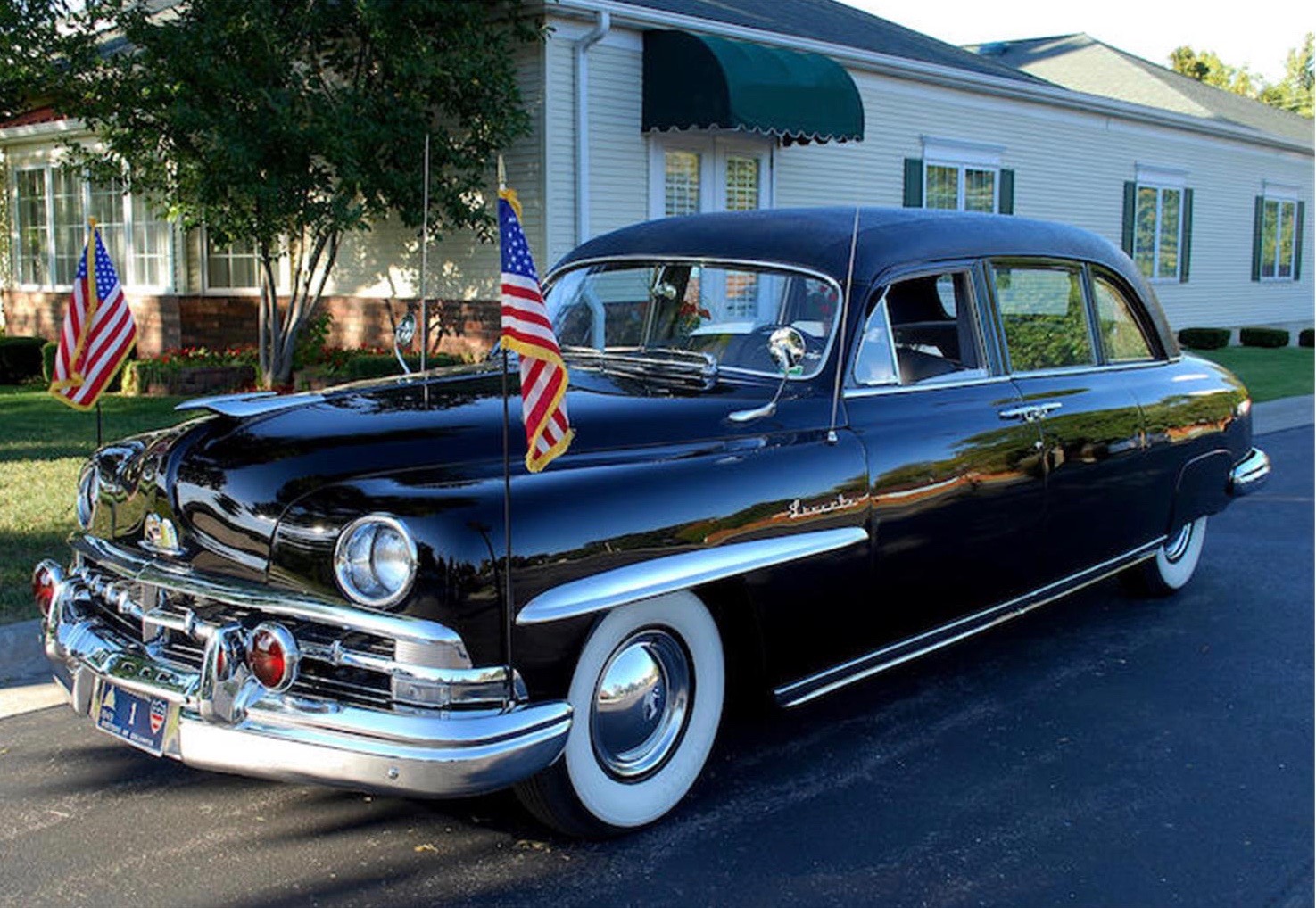 The White House ordered up nine specially built 1950 Lincoln limousines and one of them, a 7-passenger Cosmopolitan with coachwork by Henney, is being offered for sale by a private owner on ClassicCars.com.

“Leased to the Government by Ford Motor Co., the 1950 Lincoln Presidential Limousines replaced the aging pre-World War II White House fleet Truman inherited when he ascended to the presidency after Franklin D. Roosevelt’s death in 1944,” the seller notes in the car’s advertisement.

“Truman chose Lincoln over Cadillac after GM had snubbed his requests for vehicles during his presidential campaign, which he had been expected to lose. The 1950 Lincolns remained in Presidential use well into the Eisenhower administration.”

The seller reports that the vehicle has been authenticated by the Harry S. Truman Presidential Library and reportedly was kept in New York City for Truman’s visits. One was kept at the White House and others at other locations around the country.

After its official government service, the vehicle “was displayed in a Florida museum prior to its 2001 acquisition.”

The coachwork is by limousine and hearse specialist Henney Motor Company of Freeport, Illinois.

The presidential vehicle was built on a Lincoln Cosmopolitan chassis lengthened by 20 inches, and bodywork involved combining sections of sedan and coupe panels, with a roof raised 7 inches for passengers wearing top hats.