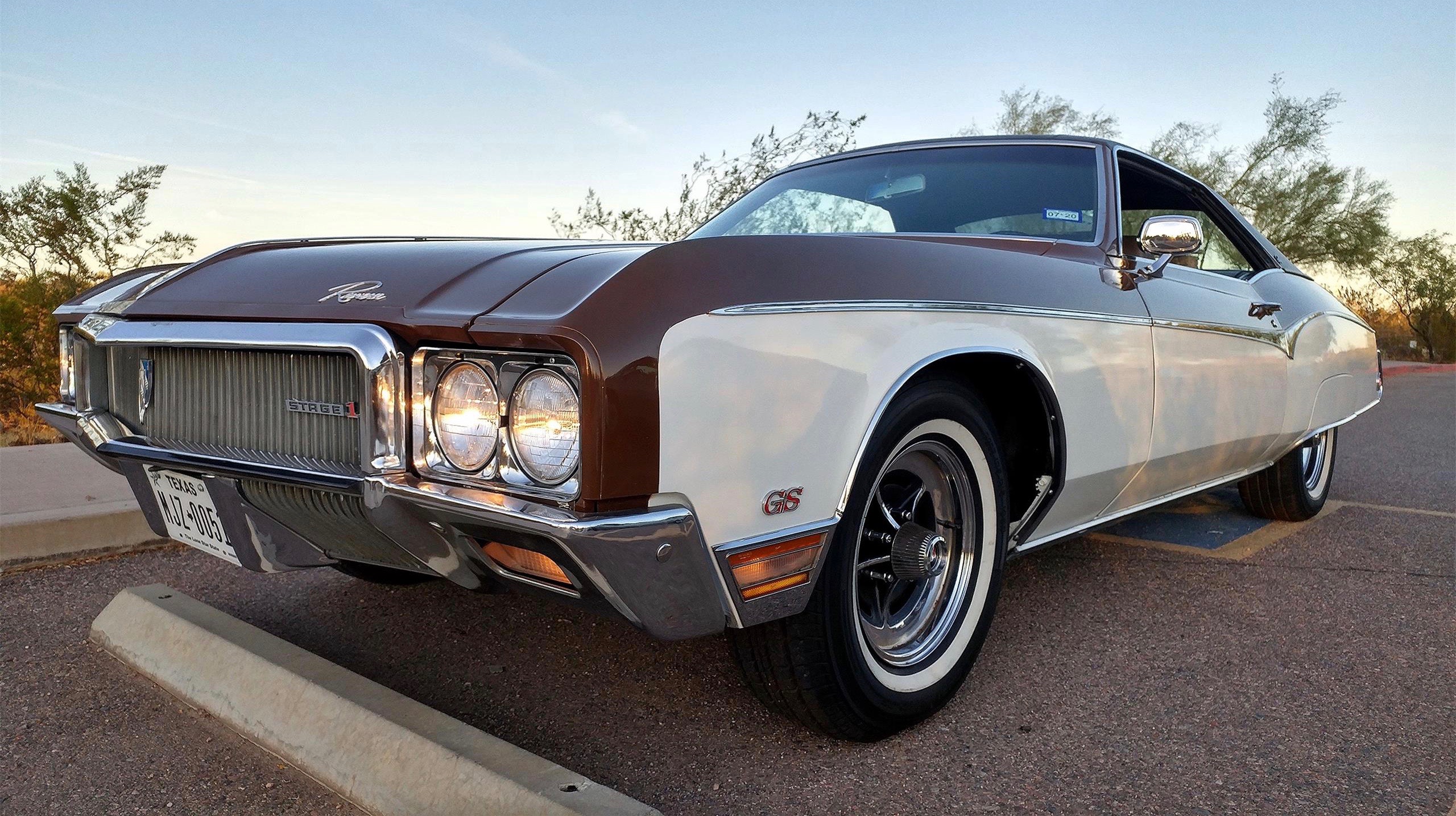 For the 1966 model year, Buick redesigned the Riviera. Gone was the car’s angular bodywork, replaced by bodywork that was sleek, graceful and elegant.

For 1971, Buick would again redo the Riviera, this time with dramatic boat-tail styling. But the sleek coupe wouldn’t give way without something special for its 1970 finale.

One of those cars, a 1970 Buick Riviera GS Stage 1 model, is Pick of the Day and is being advertised on ClassicCars.com by a private seller who is the car’s fourth owner.

“Otherwise the car is original including the factory vinyl top,” the seller reports.

“I was able to speak with two prior owners who collectively have knowledge of the entire life of the car. Both reported the car has been well cared for its entire life and always garaged. It is essentially an original survivor in astonishing condition inside and out, evident in the photos and when you drive and see it in person.”

The seller adds that of 37,337 Rivs, only 3,505 were Gran Sport versions with posi-traction, self-adjusting power brakes with finned aluminum drums, and “AccuDrive” suspension, and other features.

“From researching many Buick Forum sites and studying the original 1970 Buick specs literature, all 1970 GS Rivieras were essentially Stage 1 ‘High Performance’ motors, though not designated with Stage 1 emblems.  (Stage 1 badging was not installed on GS Rivieras until 1973). As you can see in the photos, my Riviera GS has Stage 1 emblems added to the grille and air cleaner, done by a prior owner. No harm no foul, they look cool and actually are descriptively correct.”

The seller reports that in recent years the car has a new air-conditioning compressor, electronic ignition, drive shaft, alternator, window motor, weather stripping and other work.

The car is for sale for $17,500. To view this listing on ClassicCars.com, see Pick of the Day.