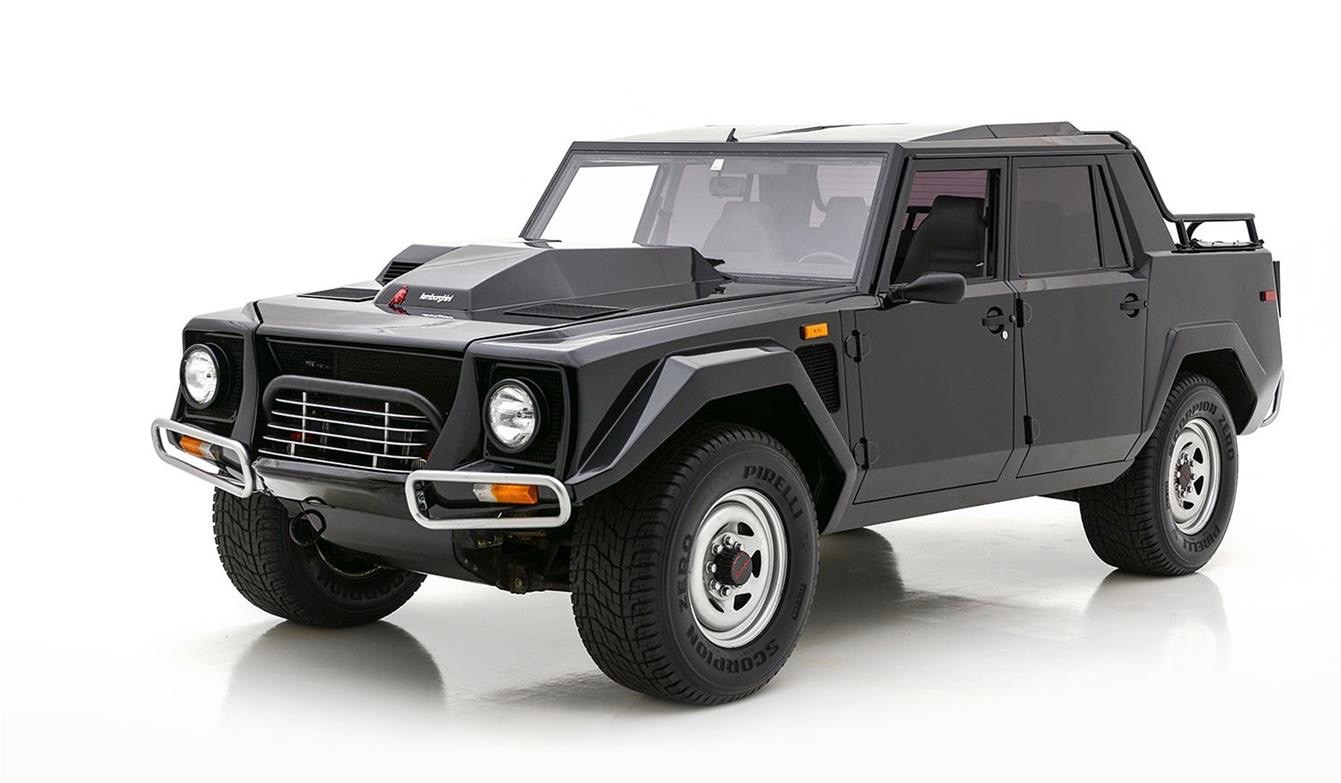 My recollection is that when Lamborghini unveiled the LM002, it claimed that the military-vehicle-based off-roader could be traveling at 60 miles an hour and breach a 3-foot concrete barrier without suffering damage, thanks not only to its ruggedness but to an onboard tire-inflating system.

My recollection may not be totally accurate, but the “La-Moo-Two,” as the big vehicle became known, remains a milestone in civilian transportation, and one of them is Pick of the Day. 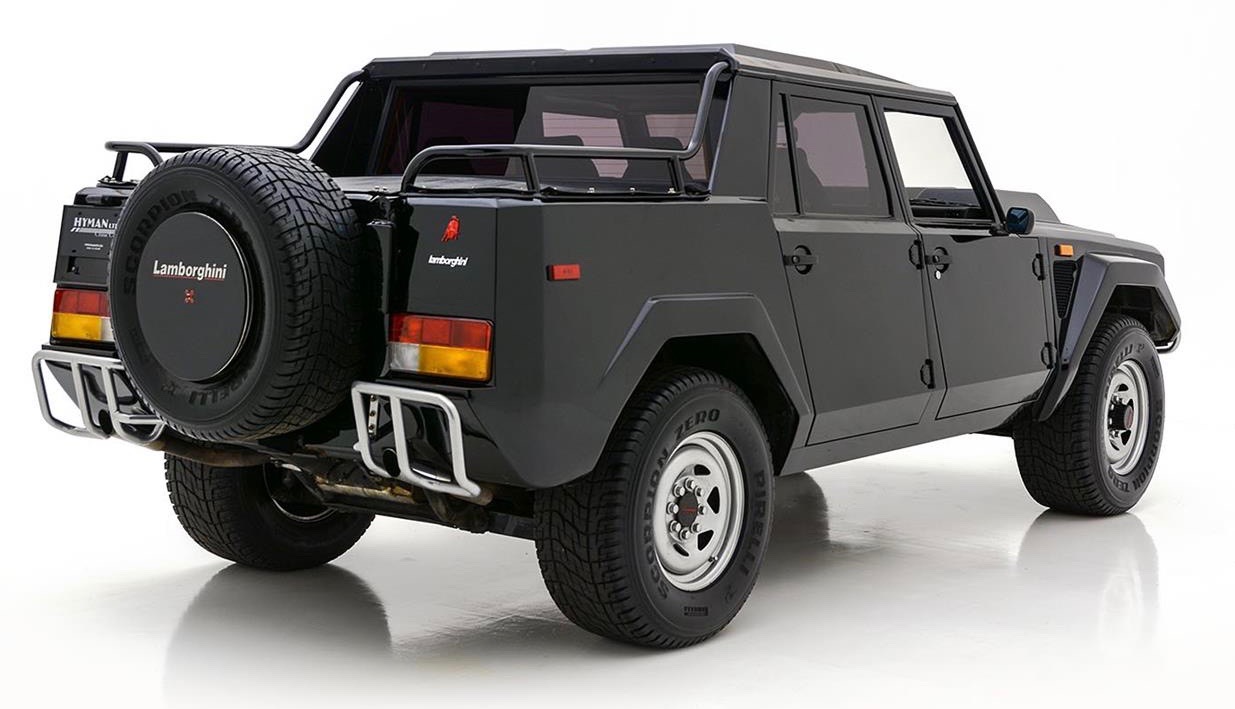 “Many of today’s enthusiasts lament the current trend of sports car manufacturers sacrificing tradition to meet the insatiable demand for high-end sport-utility vehicles,” notes the St. Louis dealership offering this 1988 Lamborghini LM002 for sale via an advertisement on ClassicCars.com.

“Porsche proved to the world that a sports car company could successfully market an off-roader, and other prestigious brands have since followed suit, with even Bentley and Rolls-Royce joining the fray.

“Recently, Lamborghini announced their new Urus SUV, but before we collectively groan at the thought of a renowned Italian supercar company selling out for the sake of a few bucks, we should remember that Lamborghini is among the only manufacturers of its kind with serious off-road cred lurking in its back catalog.

“The outrageous, V12-powered LM002 off-roader debuted in 1986, creating a sensation among enthusiasts and the motoring press. From Miura to Countach, Lamborghini had a reputation for shocking audiences, and the LM002 more than lived up to that tradition.”

The dealer’s ad recounts the story of the Cheetah, a prototype military vehicle that Lamborghini created in the 1970s. The Cheetah had a Chrysler V8 and 3-speed automatic transmission, but it also wore a fiberglass body and wasn’t really suited for combat duty.

“The US Government rejected the Cheetah not only for its technical shortcomings but for the fact that it was not built in the USA,” the dealer points out. “Subsequent legal matters related to MTI (Mobility Technology International) infringing on patents further muddied the waters, and the whole debacle forced Lamborghini into receivership.”

Swiss brothers Patrick and Jean Claude Mirman ended up buying Lamborghini in 1980, refreshed the Countach, introduced the V8 Jalpa and revisited the Cheetah project, though now with the engine — the Countach’s 5.2-liter V12 — up front, and with a 5-speed manual gearbox and styling that the dealer describes as “brutal, hard-edged and muscular without a single apology.”

In civilian guise, the LM002 was equipped with four leather bucket seats, wood trim, electric windows and air conditioning. In the back was a small pickup-style bed with side-facing bench seats if you needed to take along a few more friends.

Some called this beast the “Rambo Lambo.”

“The LM002 has enjoyed a resurgence in collectability, perhaps spurred on by the new generation of SUVs that, while interesting, can’t hold a candle to the legendary, utterly outrageous LM002,” the dealer says.

“The 1988 LM002 presented here is a fine example coming to us from long-term ownership in a significant private collection. Registry information shows this truck was delivered new to a buyer in Miami, Florida, and by the 1990s, it lived in New York before finding its current owner in 2004.

“Finished in black over a gray interior, this is an honest and original example that presents in good overall condition, showing just over 18,000km.”

The vehicle not only comes with factory-original steel wheels fitted with Pirelli Scorpion tires but with an extra set of sand-only Scorpions, offered originally to buyers in the Middle East.

“With nearly 3.5 tons to move around, performance is not quite up to Countach standards, but the snarling soundtrack more than makes up for it,” the dealer adds. “In recent years, the LM002 has come into its own as a full-fledged collector vehicle. Big, brash, and loud, it is literally and figuratively The Lamborghini of Off-Roaders.”

The vehicle is offered for $299,500. To view this listing on ClassicCars.com, see Pick of the Day.