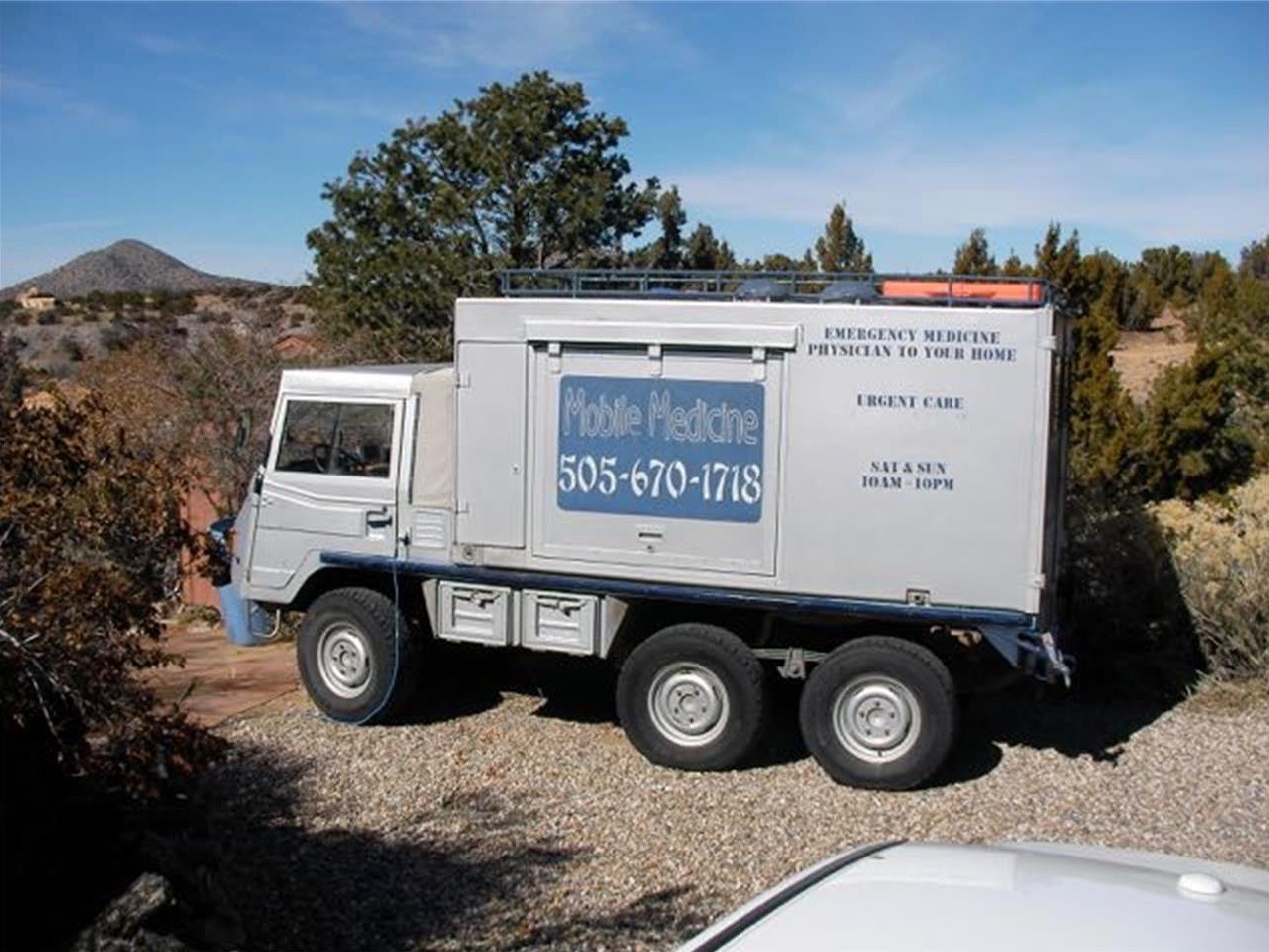 The Pick of the Day was built for the Swiss Army, converted into a mobile medical center and is ready for whatever sort of duty its next owner might desire. (By the way, according to the advertisement on ClassicCars.com, it has built-in bookcases. All-terrain bookmobile, anyone?) 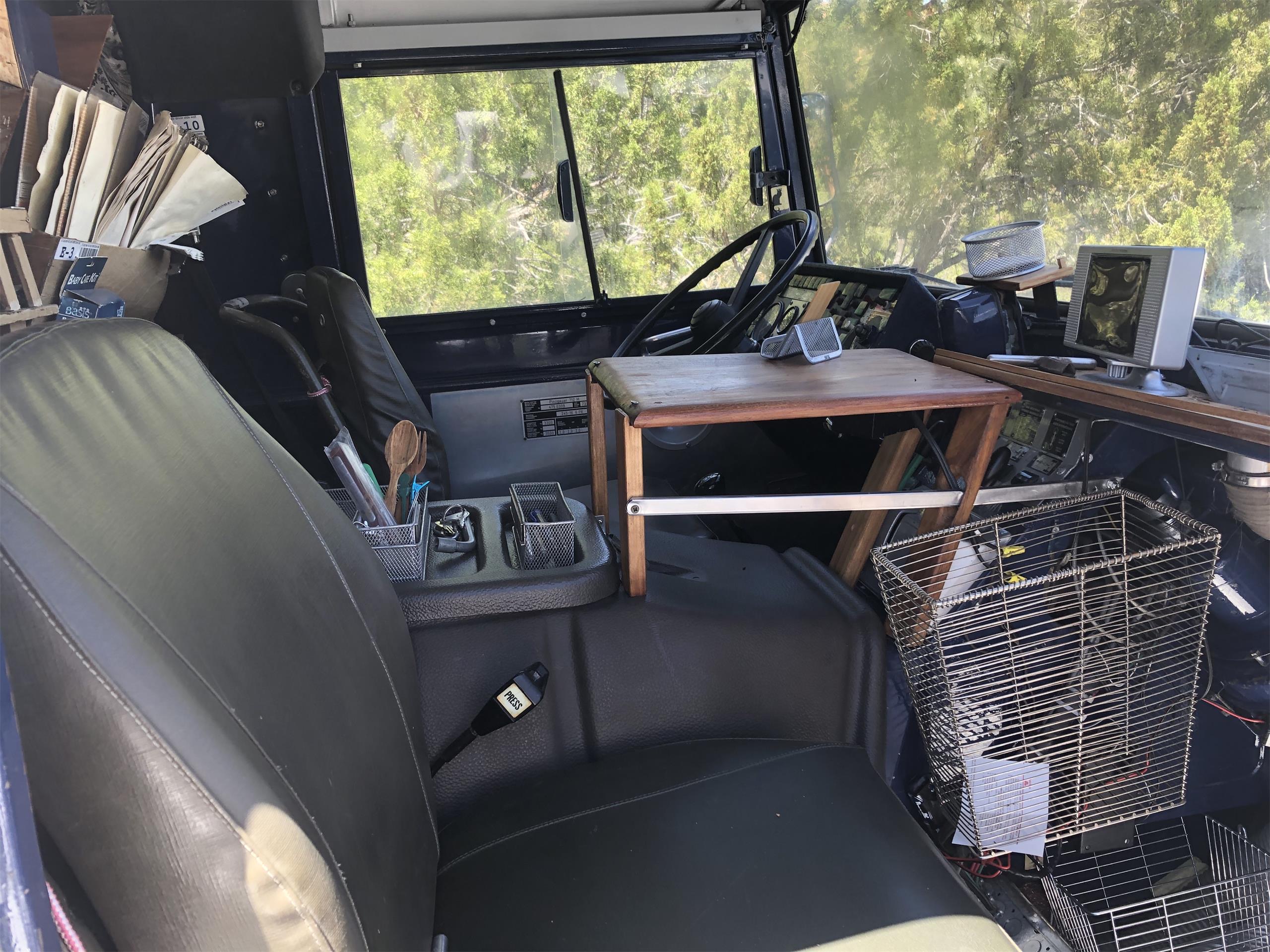 According to its seller, it served as a shop truck for the Swiss military until it was decommissioned and brought to the U.S. by Expedition Imports of Benicia, California.

“I bought it in 2002 after multiple alterations were made to it before deliver,” the seller says, listing a larger fuel tank, 110 and 12-volt outlets in all compartments, new wiring, an external charging port, a gasoline generator, refrigerator and new paint inside and out.

“The vehicle was equipped by me to be a mobile urgent care (thus the wording on the truck’s side) but I transitioned to telemedicine soon after completing its transformation,” the seller adds.

“It has built-in bookcases in one compartment, about 30 various-sized tilt-out wall-mounted storage units added to the many drawers and covered storage compartments in the main part of the cab.”

It also rides on new tires, including the spare, has a recently rebuilt engine, manual transmission, “and has not been driven much in the last 12 years.”

However, it has been maintained by a mechanic in Santa Fe, New Mexico.

The mileage is unknown since the odometer quit recording “about 15 years ago.”

Porsche enthusiasts might be interested in remembering that Ferdinand Porsche joined Steyr Werke AG in 1929, bringing with him a 6-cylinder engine he designed and engineering a large luxury car called the Austria.

According to The Beaulieu Encyclopedia of the Automobile, Porsche was showing the prototype Austria at the 1929 Paris Auto Show when he learned Steyr was merging with Austro-Daimler, which already had such a luxury car in its lineup. His contract was not renewed after 1930, so he opened his own engineering company.