SEMA Seen: Lowrider in the limelight

“We can’t build million-dollar cars. We have to do it yourself. Get your buddies to help,” said Joe Ray. “And you have to do three or four (such cars) to really figure out what you’re doing. Families sometimes face paying the chrome bill or the phone bill.”

But the lowrider culture remains strong, if in the shadows of stereotype, said Joe Ray, editor of Lowrider magazine and a long-time leader in the effort to share these amazing if home-built custom classics with a wider audience.

Ray said that the reason the lowrider cars most prominently on display at the 2019 SEMA Show wear green and gold colors is because of a partnership with Quaker State. The 1968 Chevrolet Impala will go from its position in Shell’s “Pioneering Performance” Experience display outside the Las Vegas Convention Center to begin a national tour raise awareness and pride in such vehicles and those who create them, and to combat stereotype-based bullying.

But the tour is only the latest if perhaps most-public aspect of a long-running partnership between with Quaker State that includes the Lowrider Roll Models, which brings together youngsters and roll-model mentors (military veterans, doctors, attorneys and others who have combined enthusiasm for lowrider vehicles and successful careers).

“We are just average people,” Joe Ray says, “but Quaker State believes in us.

And Quaker State isn’t alone. Ray’s own Cadillac Eldorado was part of PPG’s SEMA Show display inside the Las Vegas Convention Center this past week. He noted that lowrider pride has been promoted by the Petersen Automotive Museum in Los Angeles and the Historic Vehicle Association with its “Cars at the Capital” showcase on the National Mall in Washington, D.C., with the inclusion of the 1964 Chevrolet Impala “Gypsy Rose” on the National Historic Vehicle Register.

While lowriders have tended to be 1960s-vintage Chevrolets, they also have experienced evolution, Ray said. At first, smaller wheels and tires were used to lower the cars. Next came hydraulics, complicated systems that could make cars appear to dance. Now, bolt-in air suspension has become accepted.

What’s been consistent throughout, he added, is the family involvement, fathers and uncles teaching the next generation, working together to do lowrider-style pedal cars and bicycles and then applying mechanical, painting, upholstery and other skills to vintage cars. 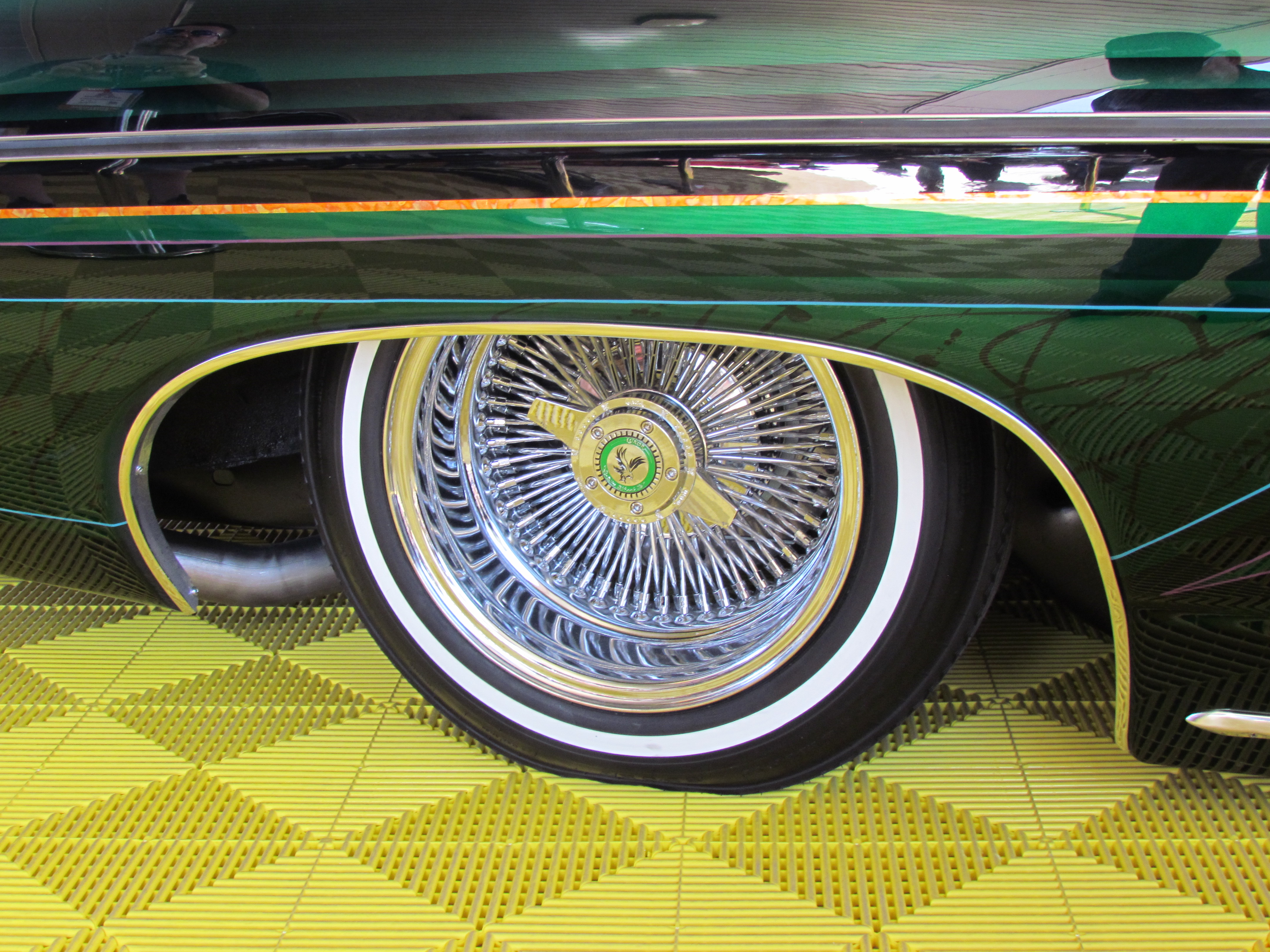 “It’s a passion behind this,” Ray said, “and at the end of the day, they are American cars with American motors.”

And they are built by American families.