Can an AMC Gremlin become a cool hot rod?

Now 24 years old, third-generation hot-rodder Jacob Griffin made his debut at the SEMA Show a year ago with a hot rod that had a 1927 Ford T-bucket front end linked to the modified rear section of a de-roofed 1950 Shoebox Ford.

The result was a very cool-looking if imaginative hot rod.

What did Griffin do for an encore this year? Showcased in the Heatshield Products booth at the 2019 SEMA Show was Griffin’s 1975 AMC Gremlin, though it no longer looks like the ugly duckling that rolled off the defunct automaker’s assembly line.

“The Gremlin was one of the ugliest cars ever and I thought I could make it sexy,” said the confident proprietor of Griffin Design in Valley Center, California.

Sexy might be too strong a term for anything based on an angular car named for a trouble-making creature that by definition is the cause of things to malfunction. But Griffin’s Gremlin — which also serves as his daily driver! — certainly draws a lot of attention.

Griffin’s car is nicknamed “Mogwi,” after the character in the 1984 move, Gremlins, and like the mythical creature for which it is named, Griffin’s build has had its challenges.

For example, it took him a month of searching just to find a Gremlin, and when he did, he had to travel halfway across the country to get it (in Omaha), and having lived in snowy weather for all those years, it was “rusted and rotten.” 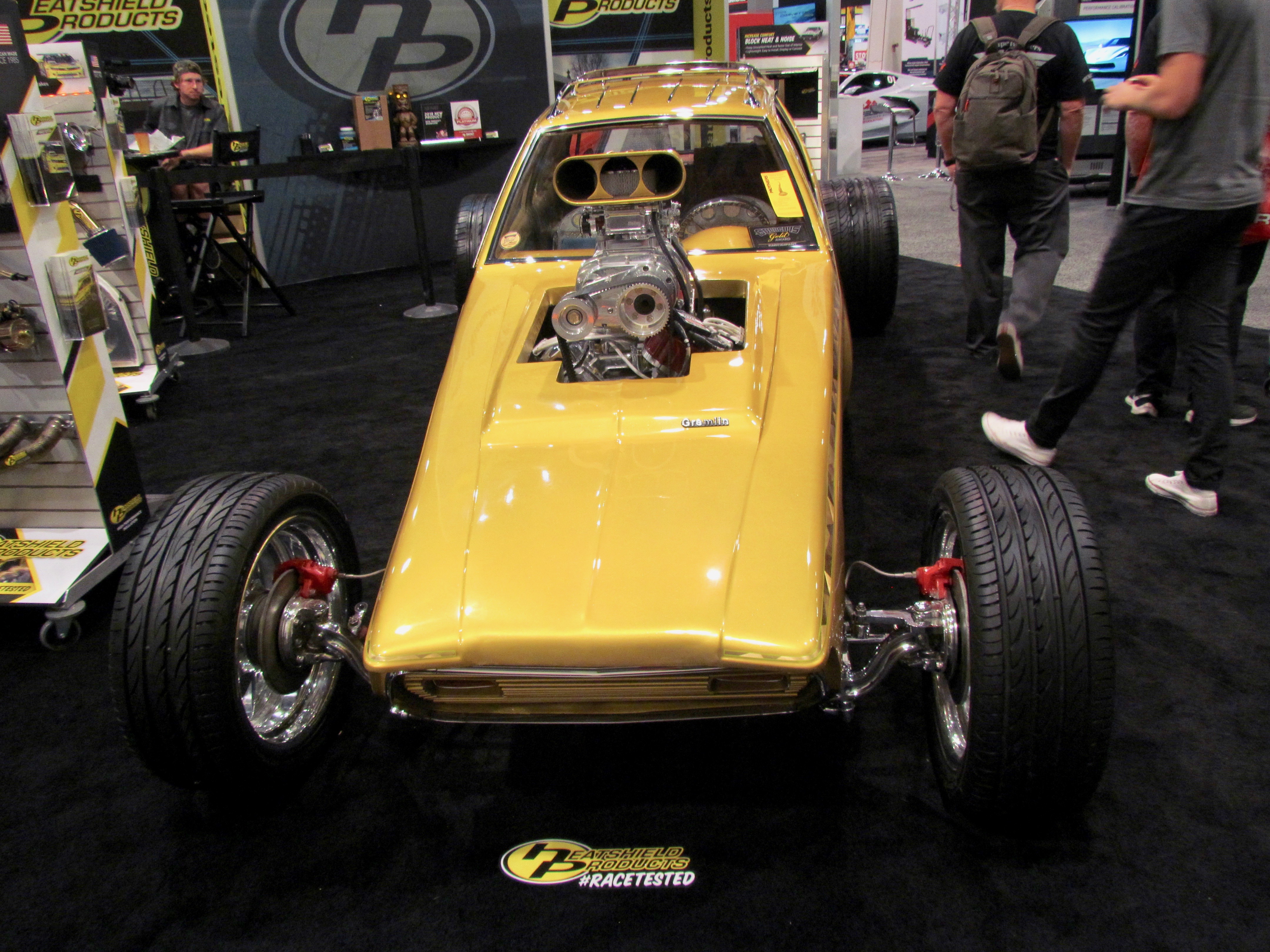 Griffin ended up cutting the car in half, taking 18 inches out of the rear section and 12 inches out of the front. But that also provided him with enough extra sheetmetal to extend the car’s hood over an elongated frame.

That frame carries a supercharged V8 engine, a 308cid unit originally used in AMC’s Jeep products, and in a few Gremlins. Griffin retained as many part of the original Gremlin as he could, though some were repurposed, for example, he turned the original turn signal lamps into headlights.

The result not only is a new daily driver for the builder, but a spot in SEMA’s Young Guns Battle of the Builders competition.

Griffin plans to return in a year for the 2020 SEMA Show, and with two vehicle projects — a 1950 Studebaker C-Cab pickup truck and the “Hemi Down Under,” a 1965 right-hand-driven Chrysler Valiant ute.