While the brand name Steyr is more likely to conjure images of firearms than automobiles, in the years between the world wars, Steyr was an Austrian automaker that during the early 1930s had the engineering expertise of Ferdinand Porsche on board.

The Pick of the Day is a 1939 Steyr 220 Kabbriolett, the final independent model built by the company that was by then part of Stery-Daimler-Puch, with production ending in 1941 with the start of World War II.  Steyr Arms still manufactures guns in Austria. 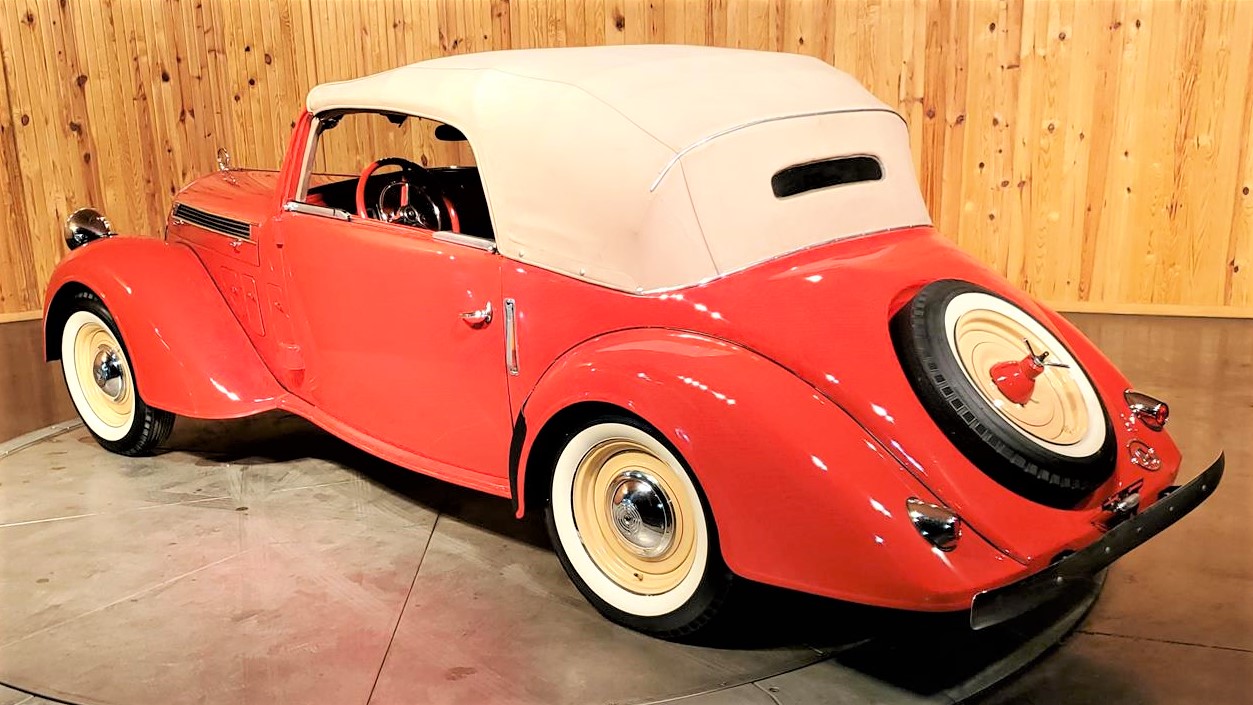 This Steyr 220 is an attractively sporty 5-seat convertible powered by a 2.3-liter straight-6 engine and 4-speed transmission, with a lightweight rigid chassis and 4-wheel independent suspension.

“The Steyr 220 would have been considered a performance car of the time capable of a top speed of 75 mph (120 kph),” according to the Lebanon, Missouri, dealer advertising the car on ClassicCars.com.

Just 5,900 220s were produced during its four-year run in four body styles, with coachwork by Glaser of Dresden, Germany.

This Steyr, which shows just 32,264 km (20,047 miles) on its odometer, has been owned for the past five years by a collector who stored it “in a humidity-controlled environment,” the seller says in the ad.

The seller provides no information in the ad about the car’s restoration history or mechanical condition, although it likely will require at least some sorting after storage to get it back on the road.  It could be a fun and unusual driver for classic car rallies and tours. 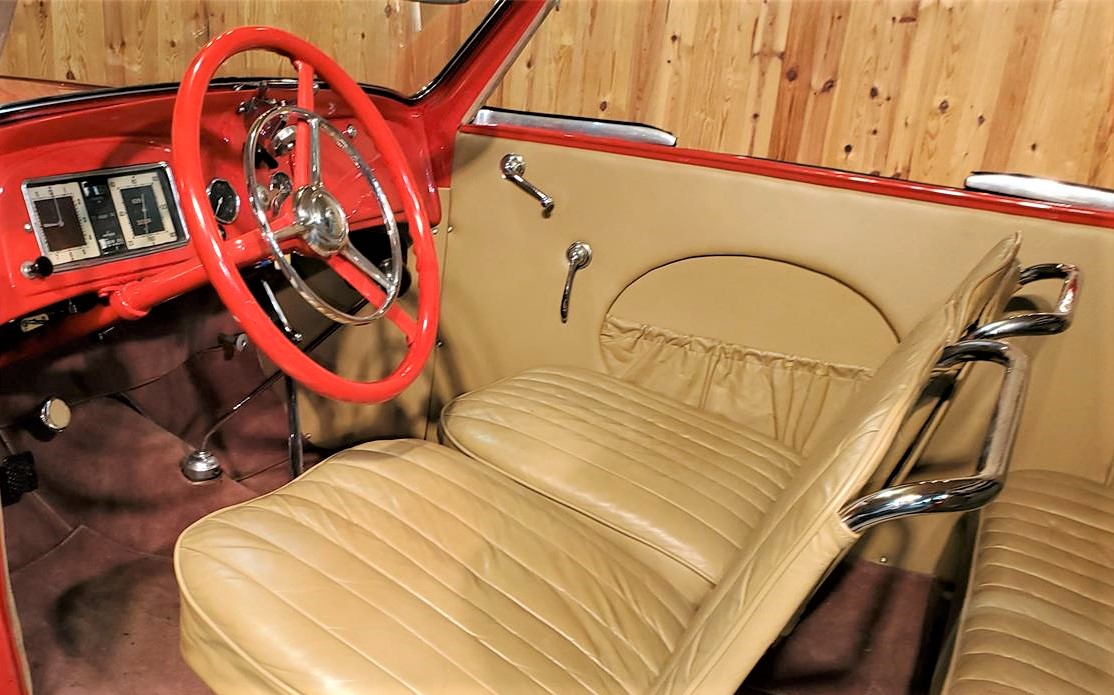 The bright reddish-orange paint and tan top and interior might not be to everybody’s taste, but the sharp-looking styling should attract favorable attention. Especially from those trying to figure out what it is.

The asking price for this uncommon classic is $99,000.