Before the Z, Datsun made its name with roadsters 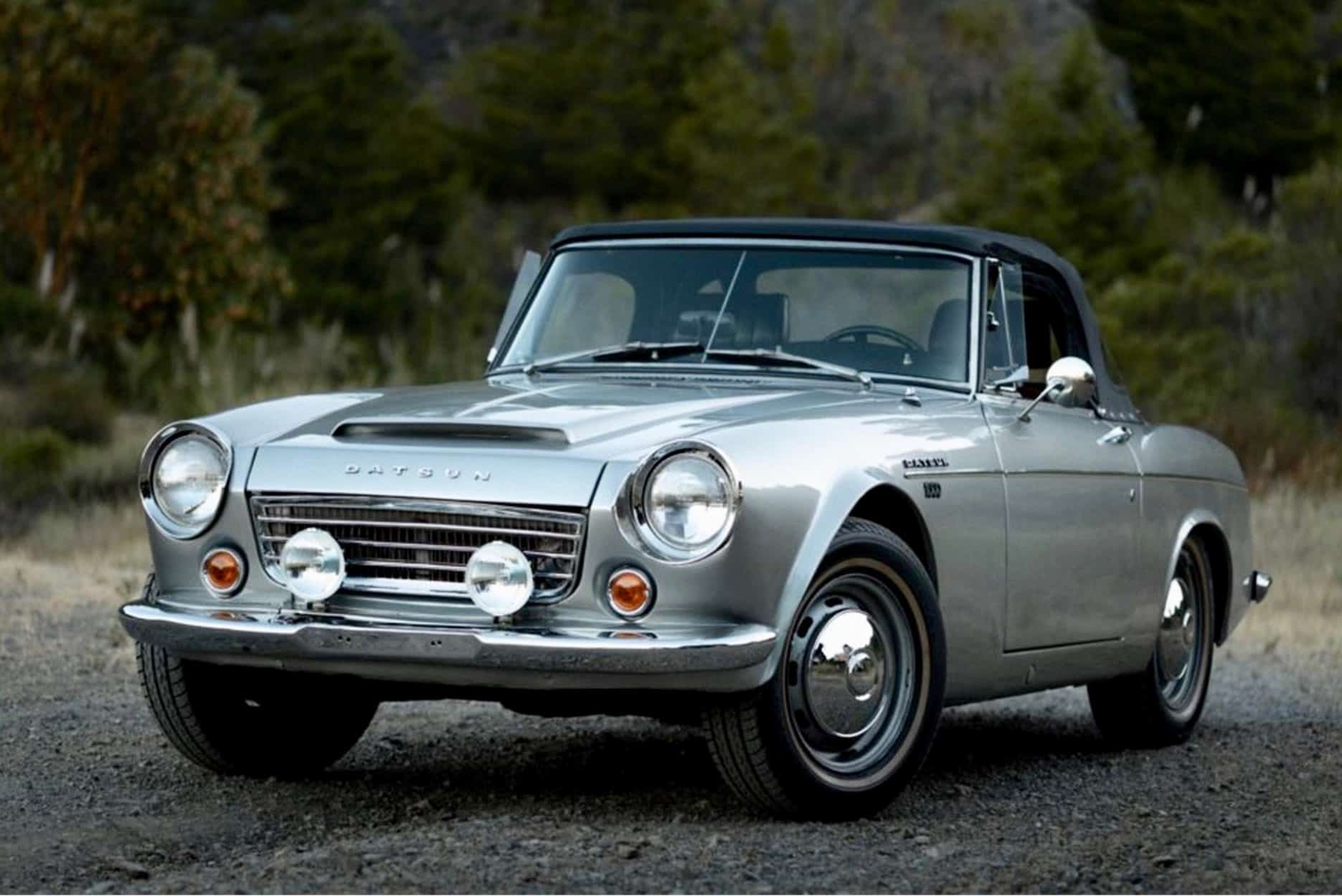 Before it unleashed the 240Z for the 1970 model year, Datsun had established its reputation in the United States for producing legitimate sports cars with a series of solid and spiffy little roadsters.

The first was called Fairlady because of the popularity of the then-new Broadway musical My Fair Lady — remember, this was at a time when the Datsun sedan was called Bluebird. But to become competitive in a more macho American automotive marketplace, the cars quickly were renamed based on the displacement of their spunky 4-cylinder engines. 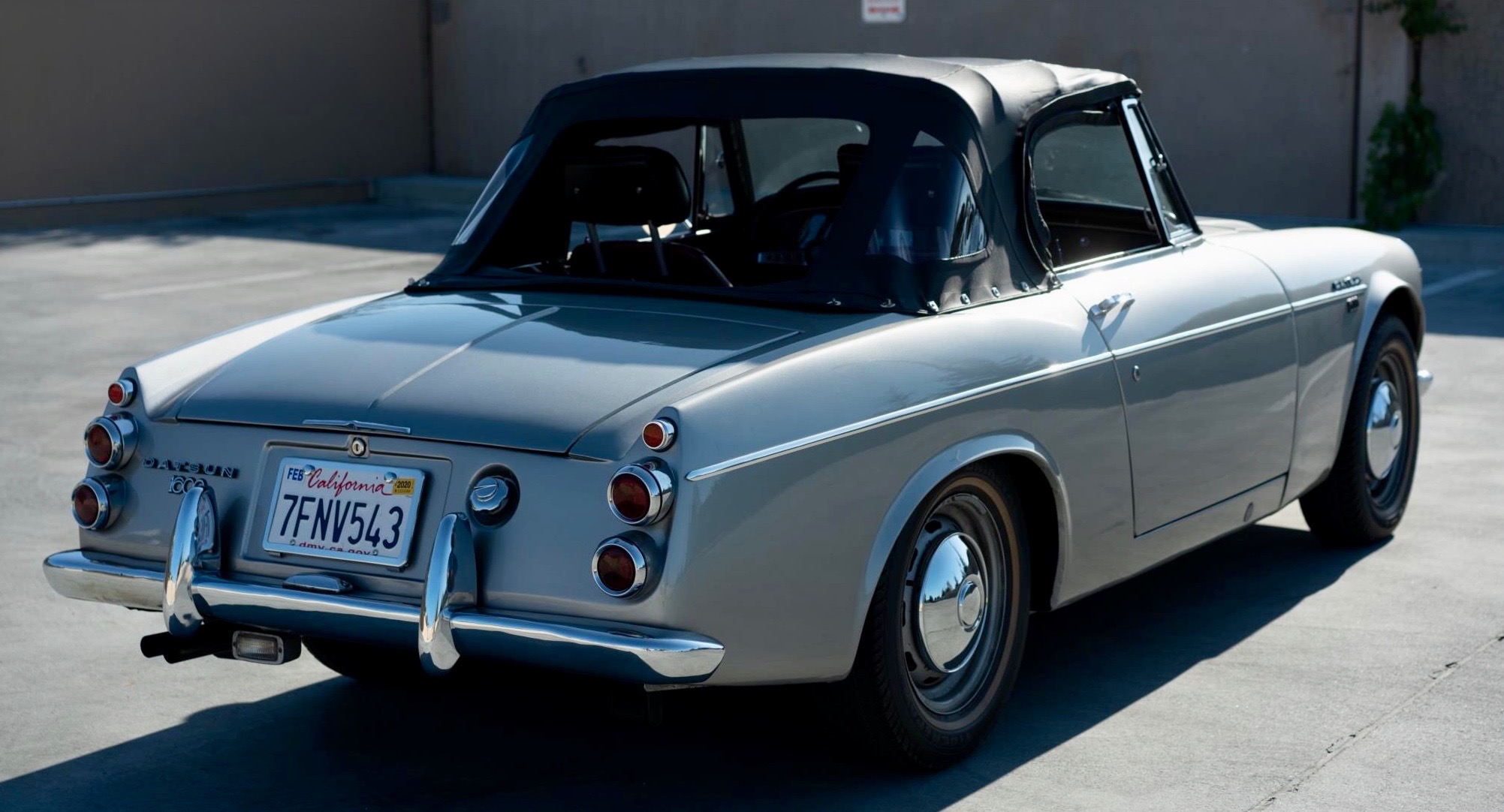 “This 1967 Datsun 1600 roadster is a low-windshield model finished in silver over red. Its numbers-matching 1.6-liter inline-four is paired with a four-speed manual transmission.

“Work since 2014 included replacement of the starter and wiring harnesses, installation of a stainless-steel exhaust system and ceramic-coated headers, as well as rebuilding the cylinder head. This Datsun is now offered with service records from the past five years, spare parts, an extra soft top, a BRE car cover, and a clean California title in the seller’s name.”

Side note: When Bob Bondurant launched his high-performance driving school and was preparing various Hollywood stars for their roles in movies such as Grand Prix and Winning, he did it with Datsun roadsters as his school cars. 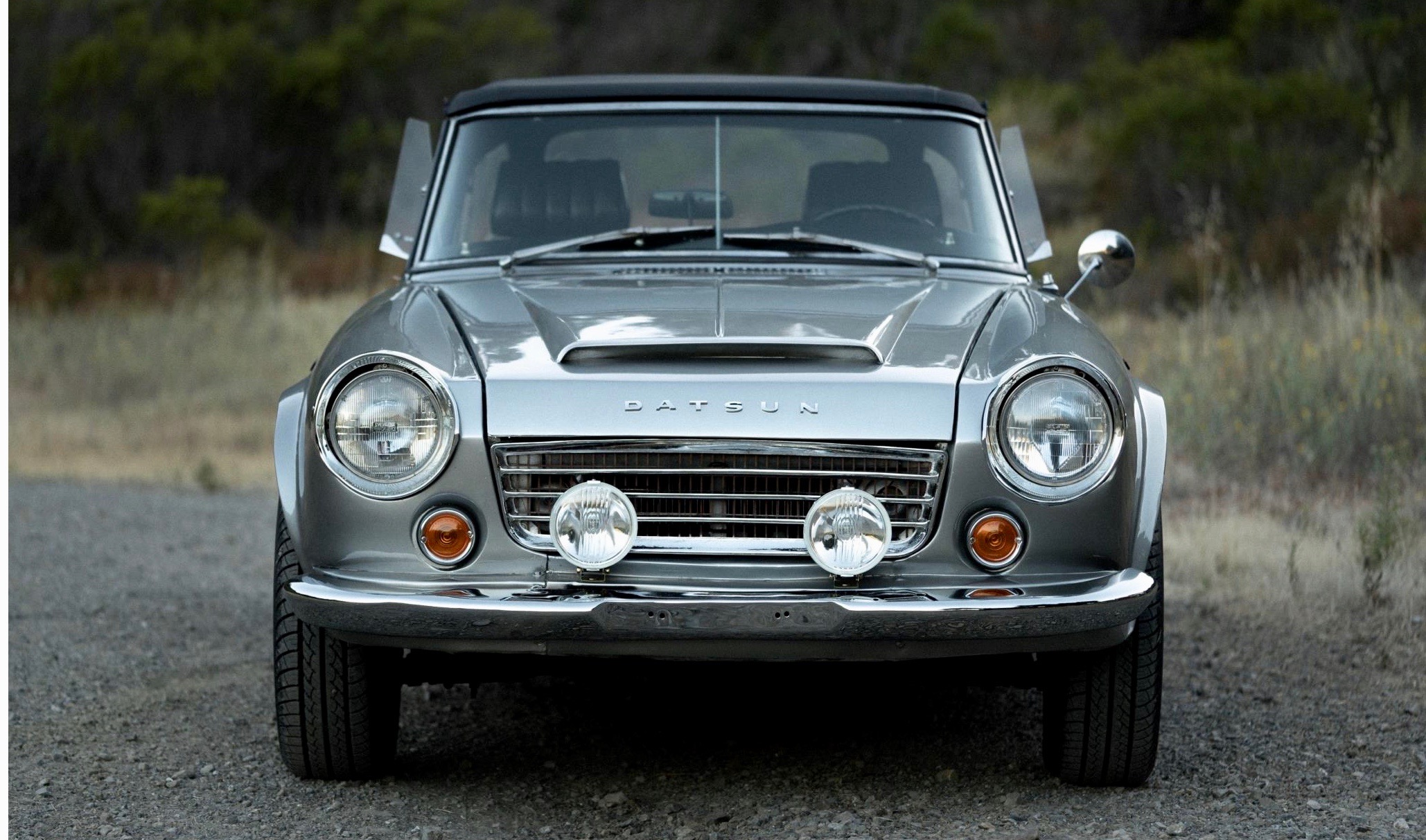 The Pick of the Day is finished in silver, “which was applied to the car before ownership,” the seller notes. “The front end shows signs of bodywork, the grille is bent, and the headlights do not sit entirely flush.”

The seller reports that the frame for the convertible top “was reportedly rebuilt” as well.

The car rides on steel wheels with chrome hubcaps and thin-stripe Uniroyal Tiger Paw AWP II tires, “which were installed new about 200 miles ago.”

“The interior features red upholstery and matching carpets paired with a black dashboard. Red bucket seats with black headrests have matching red lap belts, and the console between the seats is finished in red as well.

“Factory equipment includes an AM radio and a heater.”

The seller says the ignition was moved to the left side of the steering column by the previous owner, and that a master cylinder brace has been installed to the inside of the firewall.

The seller says the car has been driven about 1,100 miles since 2014 and the car’s actually mileage is not known.

The engine serial number and the stamped chassis number match the plate on the firewall, the seller adds.

The car is located in Los Angeles and is offered for $27,995, which includes not only the car but new sun visors, a BRE car cover, a set of Koni shocks, lowering springs, refurbished factory jack and black California license plates.