There is something about sports cars from the 1980s that I love. That’s partially due to the fact that I entered high school in 1981 and started my first real job in ’82 at a Porsche shop where I worked after school. That job also explains my affinity for Porsches.

The cars of this era were my cars, the new cars that I wanted to have in my own garage. They were to me both exciting and cool. 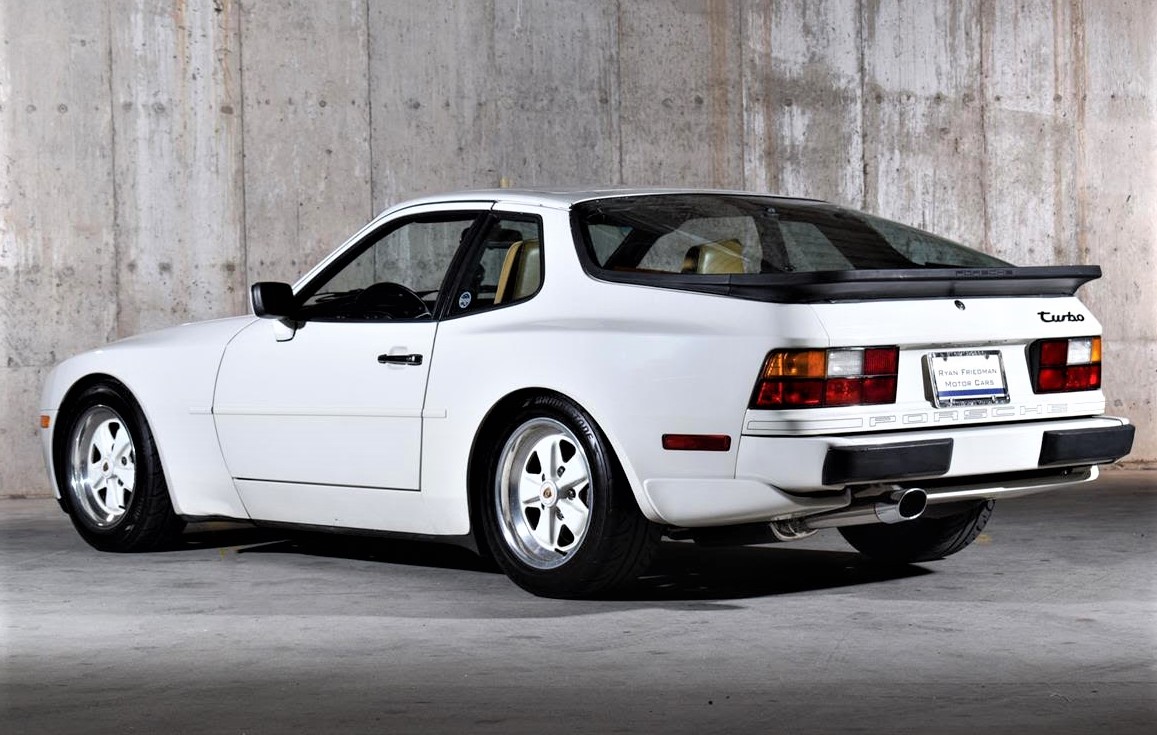 The car I found for the Pick of the Day covers both of my passions. It is a Porsche and an ’80s car: a 1986 Porsche 944 Turbo coupe advertised on ClassicCars.com by a dealer in Valley Stream, New York.

The naturally aspirated Porsche 944 is a terrific car, with great balance, good performance and much-better creature comforts than any 911 of that era. The 911s were faster, but Porsche increased the performance dramatically in the 944 Turbo, or 951 as it is known in Porsche geek code.

Overnight, the 944 Turbo had become a serious car. How serious? Well when it was released, Porsche actually created a problem for itself – the 944 turbo was actually a faster car than its halo car, the considerably more expensive 930 turbo, and would walk away from a 911 Carrera of the era. 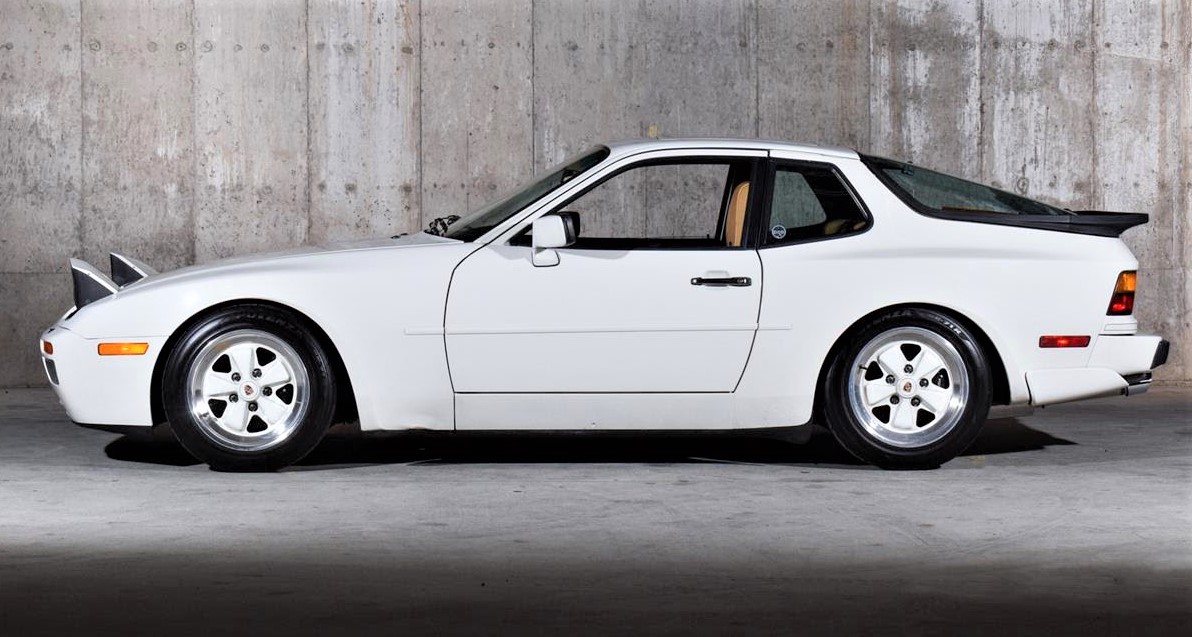 This was a bad situation and Porsche responded by detuning the 944 Turbo the following year to keep the 930 on top in Porsche road car performance.

This car is a first-year model with the higher-output engine, rated at 220 horsepower and 243 pound-feet of torque from the 2.5-liter inline-4. It is a well-preserved car and has covered just over 53,000 miles from new, according to the seller.

Finished in the stunning combination of Grand Prix White over a Cashmere leather and black interior, this would be the kind of 944 Turbo to buy as a collector car. 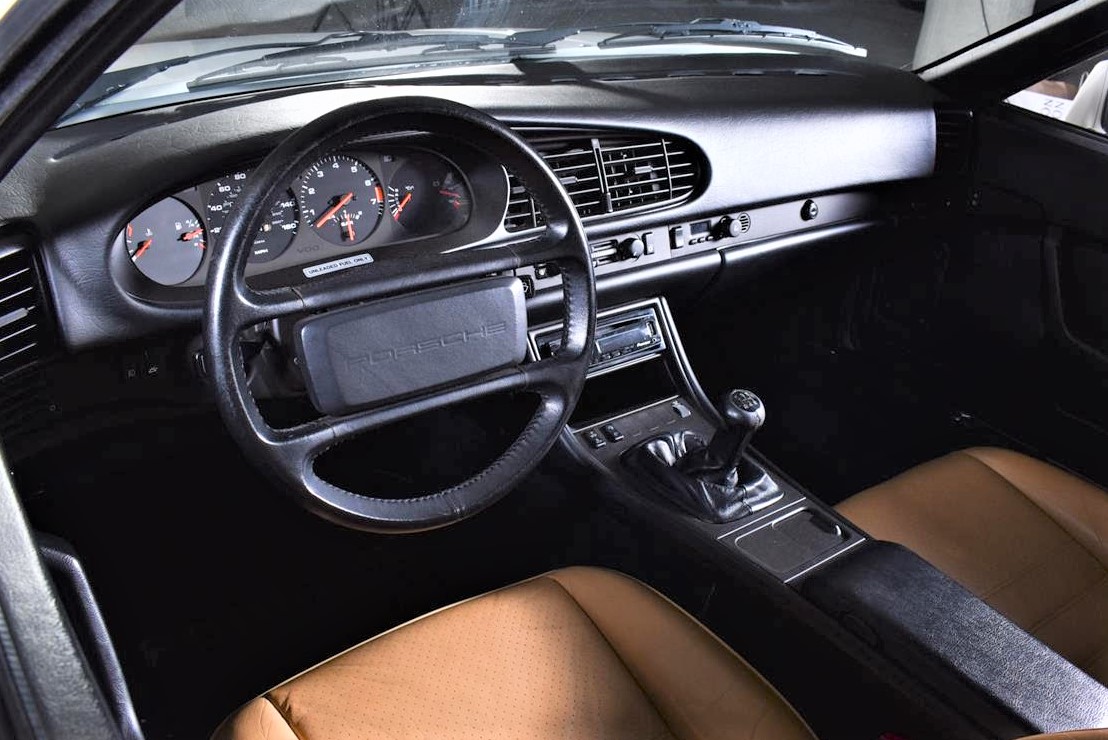 The car also includes an extensive ownership and service history, the seller notes, and looks to be original in every way.

These were stunningly fast cars for the era with 0-60 times in the low 5-second range and a top speed in excess of 150 mph. Combine that with great A/C, power windows that consistently work and a seriously comfortable cockpit, and you have a winner. 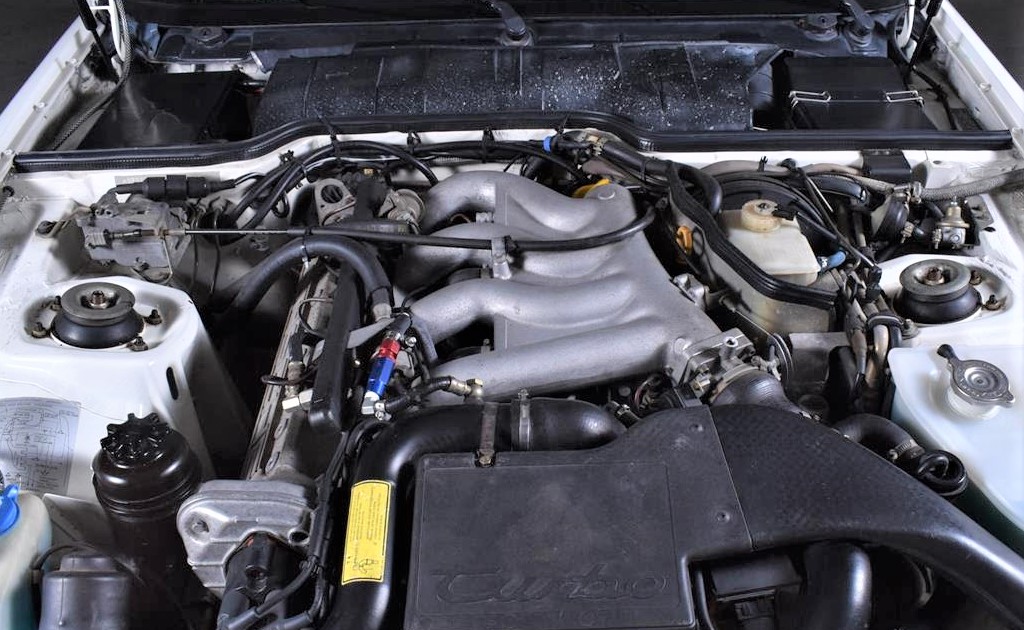 These cars in the past few years have seen a surge in value, just like the 911 SC and Carrera cars from the ’80s, but the market has calmed down a bit, which makes it a great time to buy one of them.

The asking price of only $19,995 for this car looks like a real deal that is not likely to stick around for long.