The Pinto was not a bad little car for its time, Ford’s first attempt to produce an inexpensive subcompact in the U.S. to battle the onslaught of thrifty little vehicles from overseas.   It was introduced in 1970 just one day after introduction of GM’s import fighter, the Chevrolet Vega.

Unlike Vega, which had myriad reliability issues, Pinto benefitted from tried-and-true mechanical components from Ford’s European cars, and they were actually fun to drive. 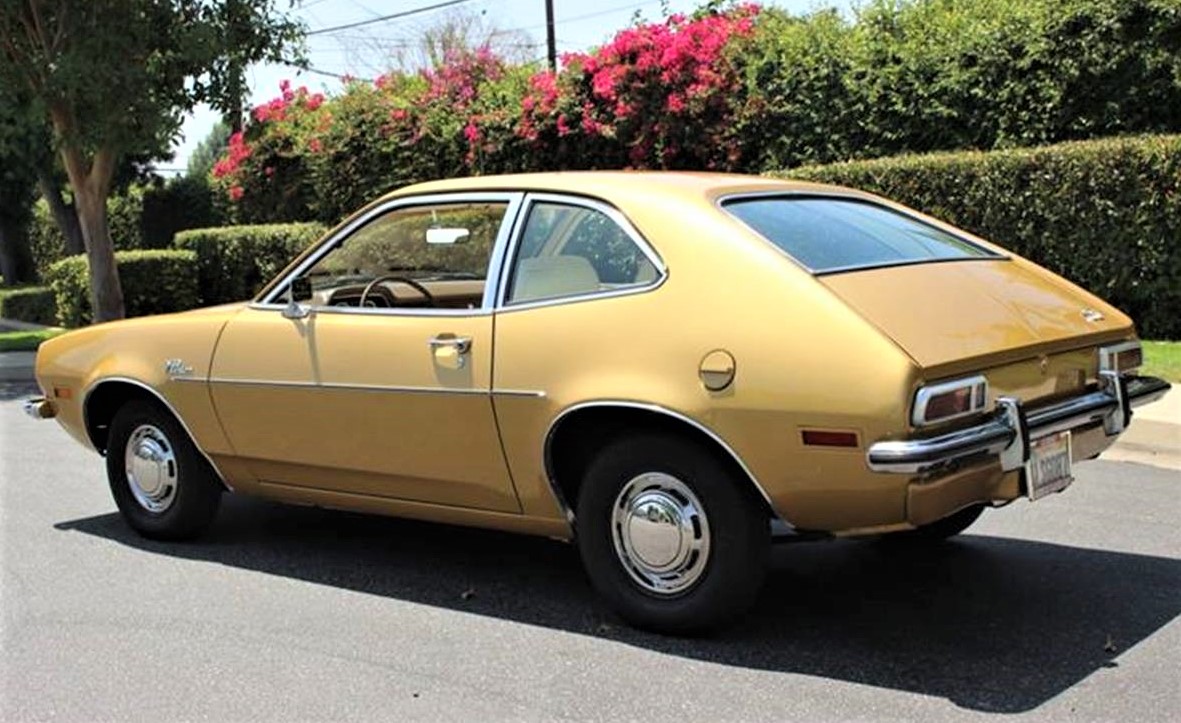 But there was a problem: In a rear-impact collision, the gas tank filler neck could pull loose, spewing gasoline all over the place and… well, you know the rest of the story.

And so, Ford Pinto became a punchline.  The little car also became symbolic of the hubris of the auto industry, which seemed to put public safety on the backburner, so to speak.

It was later determined that Pinto’s propensity for bursting into flames was overstated, and essentially no worse than many other cars of that era. And retrofit kits remedied the problem. But the die was cast, public perception was irreparably tainted and used Pintos became pretty-much worthless. 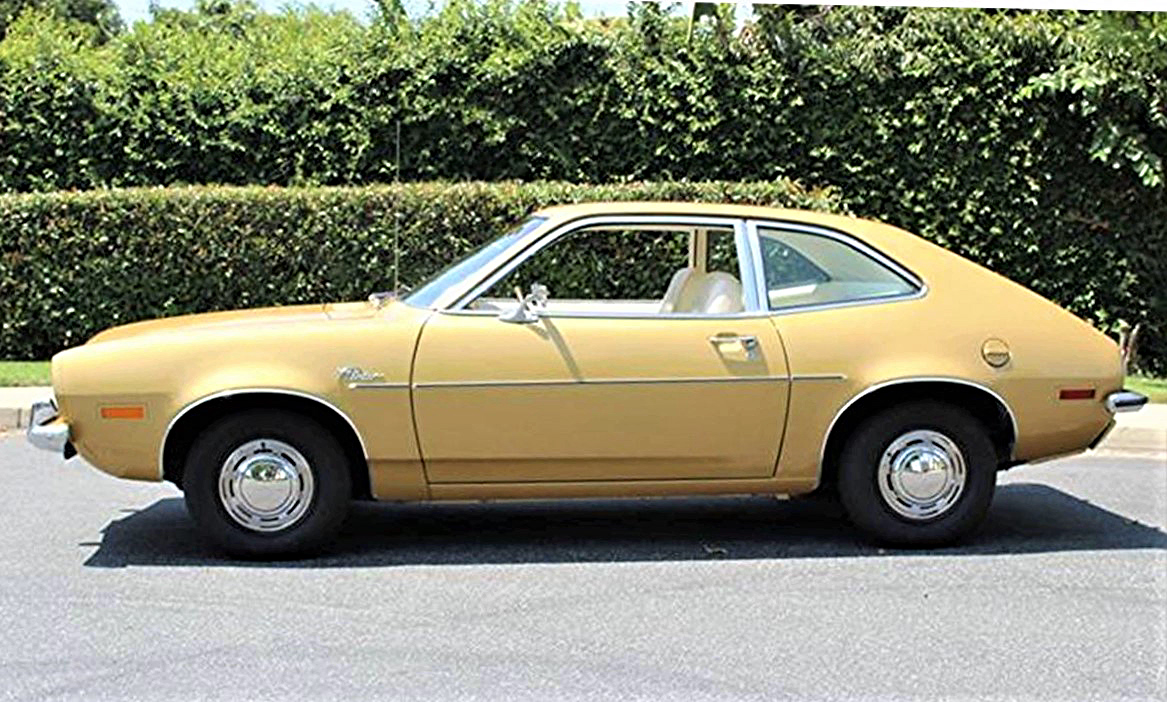 Which is why the Pick of the Day, a “professionally restored” 1973 Ford Pinto sedan, is such an unusual find.  Because really, who goes about having a Pinto restored, by pro craftspeople, no less?  But here it is.

“What we have here is a professionally restored 1973 Ford Pinto 2-door sedan in immaculate condition, with believed-to-be 64,200 original miles,” the La Verne, California, dealer says in the car’s advertisement on ClassicCars.com.  “All glass, trims and rubber are in excellent condition. The chrome bumpers gleam, this car looks brand new!” 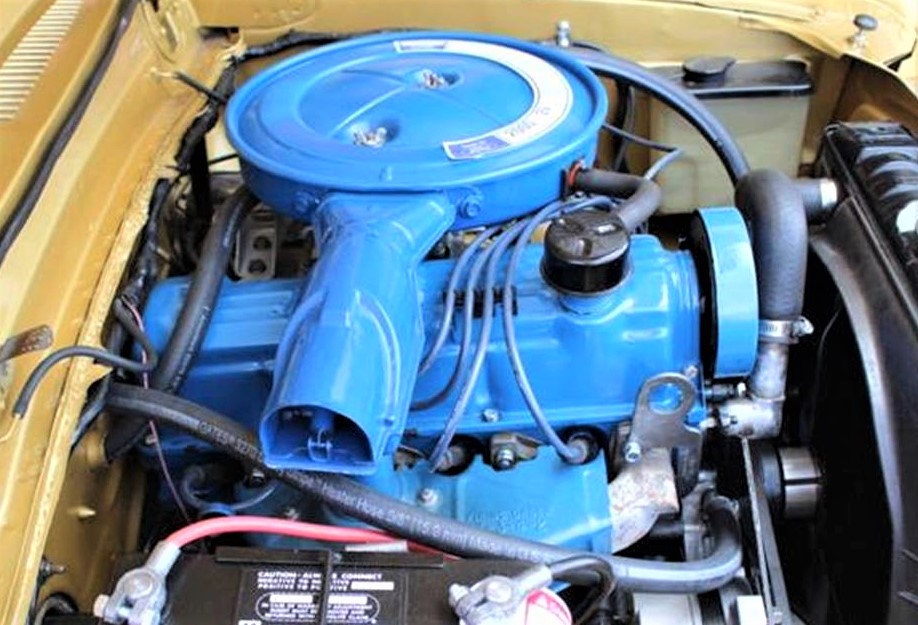 The Pinto, powered by a 2.0-liter 4-cylinder engine with an automatic transmission, does indeed look showroom fresh in stock condition with a nice paint job and refurbished interior.

“The exterior, engine compartment and trunk have all been re-finished in what appears to be a factory Gold Glow paint color or very similar,” the seller says. “The interior is laid out in white vinyl with bucket seats up front and bench in the rear. The interior carpet complements the Gold Glow exterior color.”

This Pinto would be a fun anti-snob vehicle for cruising around and displaying at car shows.  It could even be a welcomed entry at the Concours d’Lemons. 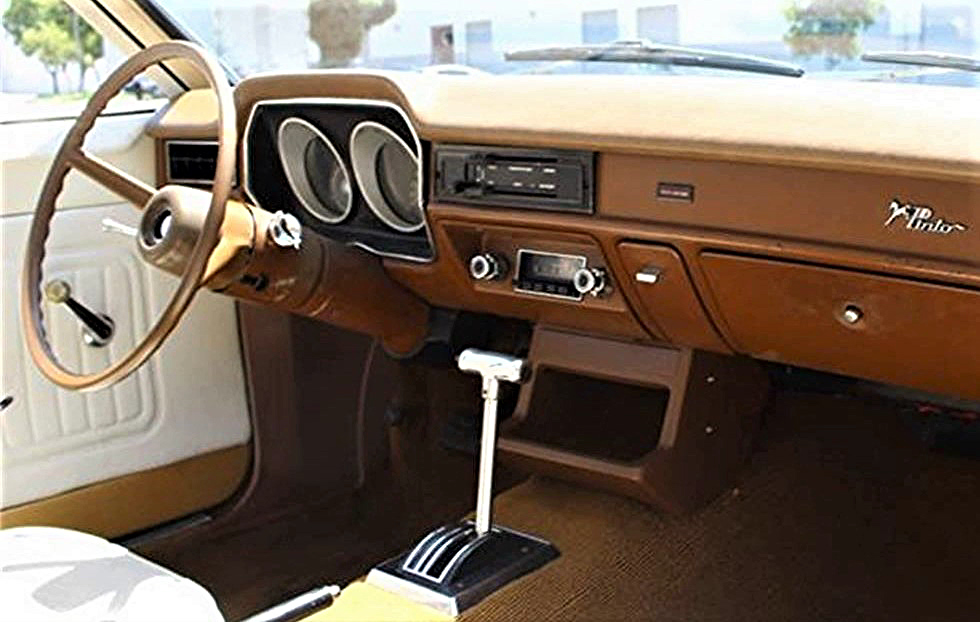 The asking price of $15,900 might be a tad high, but as they say, try and find another one in this condition.  The pro restoration likely cost more.