Among the vintage vehicles taking part in the London to Brighton Veteran Car Run in early November in England is the only surviving vehicle produced by the Societé Manufacturie d’Armes, a French armament company that first displayed a car at the Paris Salon in 1898 but ended motorcar production in 1907.

“Affectionately referred to as ‘The Society,’ this magnificent 1904 chain-driven, six-seater landaulette is one of the most comfortable and unfussed performers down the A23 and, unsurprisingly, boasts an excellent London to Brighton track record,” tour organizers said in their news release.

“It is propelled by a powerful 4,850cc Aster engine with four individually cast cylinders, side-valves and a T-head, all driving through a four-speed gearbox.” 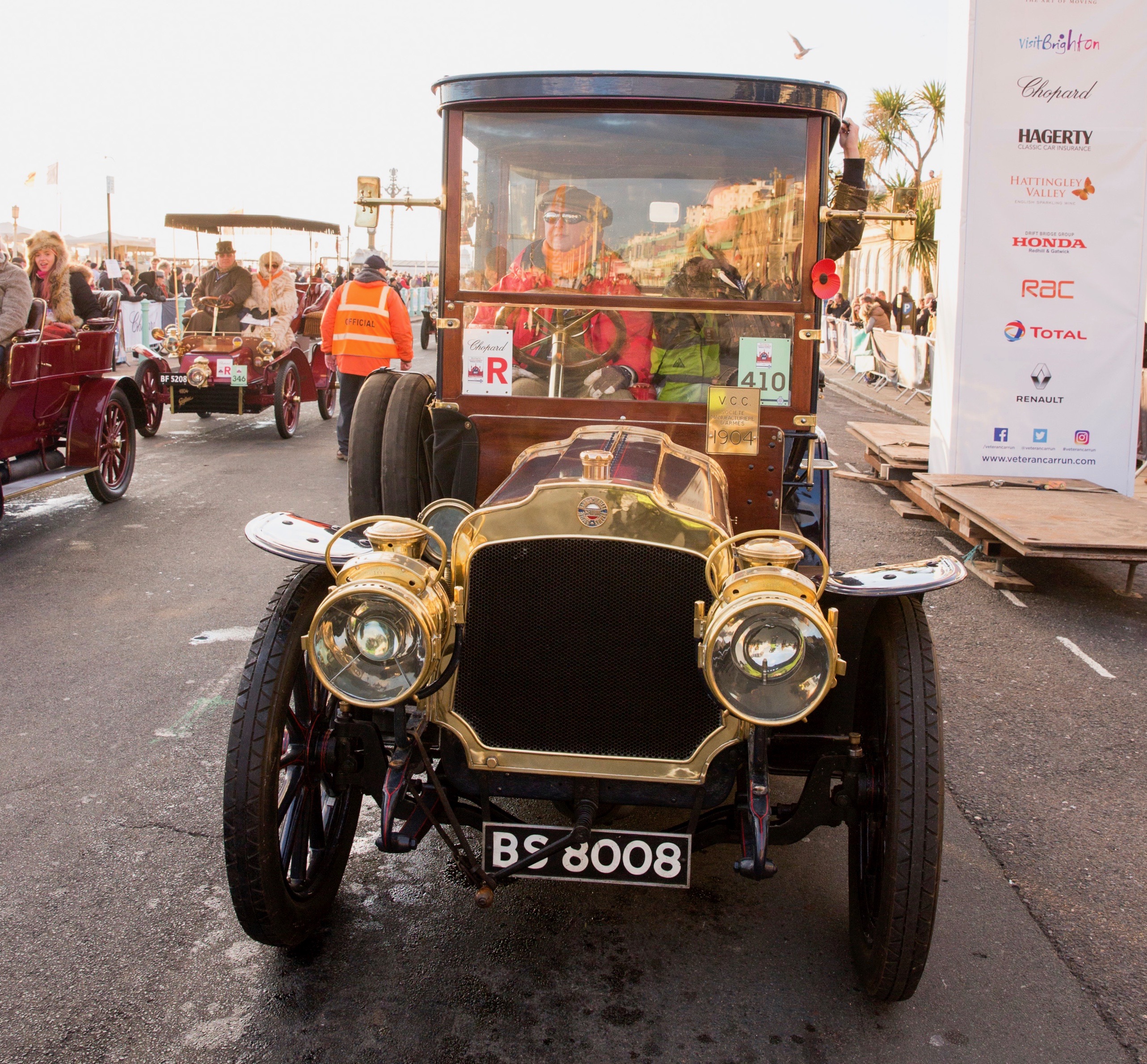 The history of SA de Constructions Mechaniques de la Loire, the full name of the company based at St. Etienne in the Loire region of France, traces to 1553. The company was founded to produce guns and later added sewing machines and bicycles to its product line.

The only surviving example of its automotive production was discovered 40 years ago “languishing in Sardinia, the ravages of time having destroyed much of its of its original splendor,” London to Brighton organizers noted.

Veteran restoration specialist Mark Tidy restored the car and its “imposing (and) exquisite coachwork, luxurious upholstery and impressive period brass fittings” in the 1980s and it has been a frequent participant in the annual Veteran Car Run, scheduled this year for November 3.