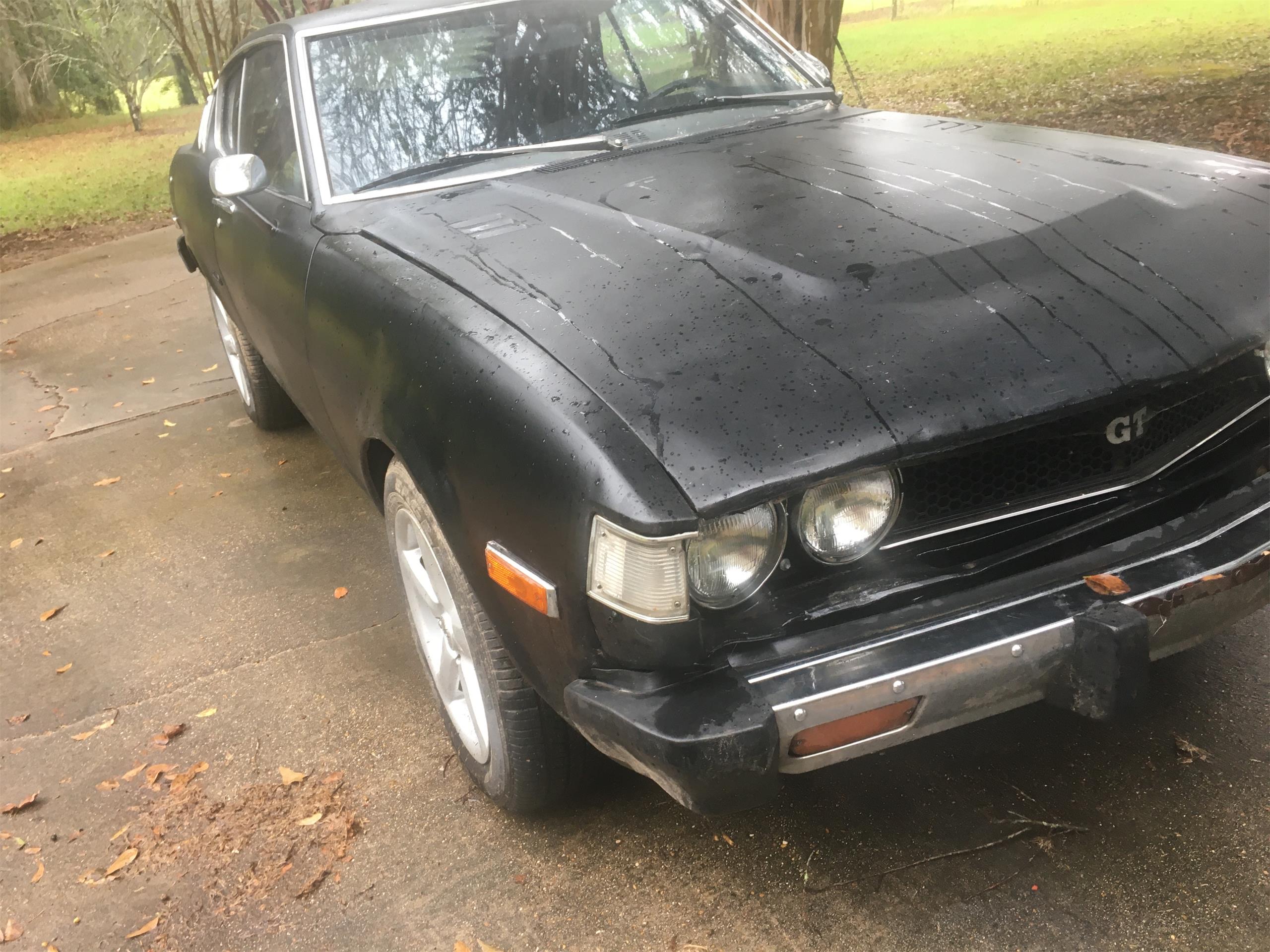 The Pick of the Day is a vintage 1977 Toyota Celica GT liftback offered for sale on ClassicCars.com by its private seller, and for only $5,900.

Wait! With such early Asian imports currently much in demand among younger car collectors, why is this one priced at less than 6 grand?

A couple of reasons are offered in the advertisement, but neither should prove all that daunting.

“I bought this car in 1979 while in high school and used it until my wife wrecked it in 1987 when she turned at a stop sign and hit a telephone pole going about 10 mph due to the glare,” the seller notes.

“You may notice slight fender damage to the right quarter panel.

“The car sat in my shed for more than 25 years until it was given to my son-in-law who wanted to restore it.  He is very mechanical and was able to rebuild the engine and get it running.  He also painted the car.”

However, the seller ads, the Celica “will need to be trailered home as this car has not been on the road since 1987.

“This is a perfect project car for the right individual. Fully restored cars sell for upwards of $20,000.”

The seller adds that the car has no rust, the engine has been rebuilt and runs, with a new carburetor.

The car also has a new dashboard cap, rear window seal, new tires and wheels and a bumper.

“A new touchscreen stereo with backup camera is included.”

Toyota added the liftback design to its compact and sporty Celica model in 1977, when it also increased the 4-cylinder engine to 2.2 liters and 95 horsepower. This Celica’s engine is linked to an automatic transmission.

The car is located in Jackson, Louisiana, and the seller says proceeds from the sale will help put two grandchildren through college.

“This car was always an eye catcher with its styling similar to the Mustang,” the seller adds. “To this day I am still not sure if it was my good looks or the cool car that helped me get my wife.”