After years of roadster drought, Mazda Miata was like a drink of cool water when it debuted in 1989.  Small, agile British sports cars had gone by the wayside after the 1970s, and they were missed.

Miata tapped into that pent-up demand with a little two-seat convertible that was both revolutionary and retro, and which started off a modern niche that rapidly grew and which continues today. 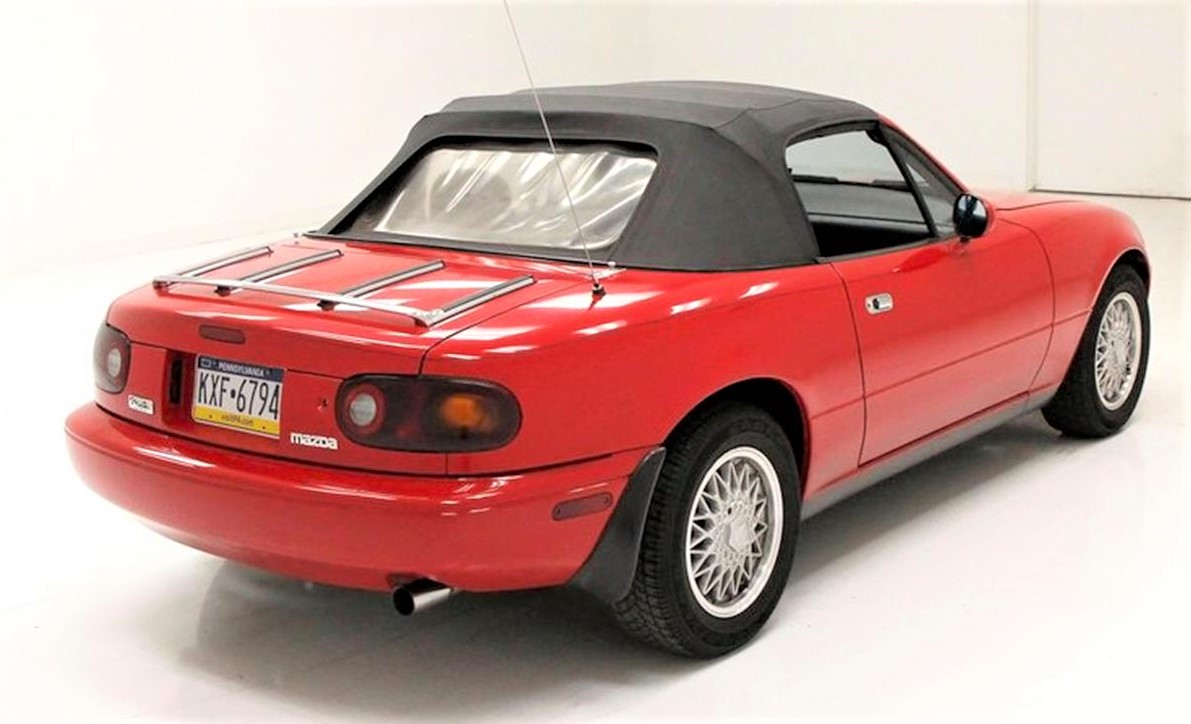 First-generation Miatas have gained some momentum among car collectors, their purposeful simplicity of design appealing to all ages, but particularly younger drivers.  The Mazda might not be as fast nor handle as sharply as newer sports cars, but they do offer a certain joyful driving experience that goes back to the MGs, Triumphs and such that went before.

The Pick of the Day is a 1990 Mazda MX-5 Miata from the first model year, and which has been driven just 38,979 miles and survives in great original condition, according to the Morgantown, Pennsylvania, dealer advertising the car on ClassicCars.com. 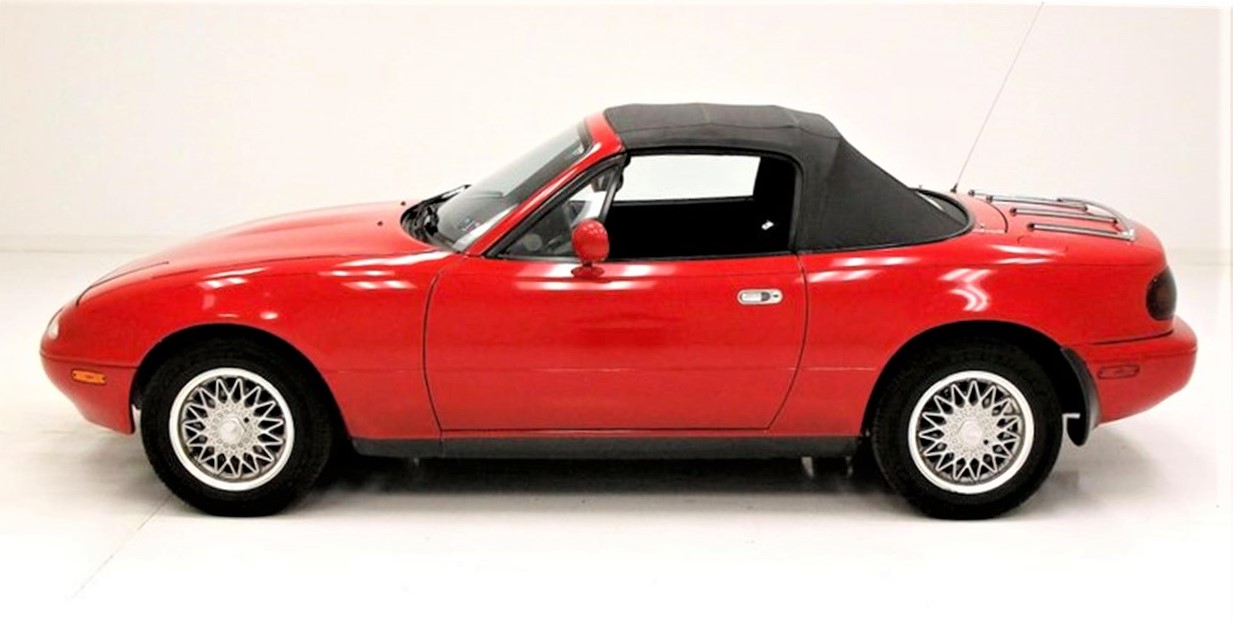 In the advertisement, the seller quotes Bob Hall, product planning manager at Mazda’s Irvine, California, facility and one of the visionaries behind the creation of the Miata:

“We wanted to combine the reliability and quality of a Japanese car with the excitement and emotion of an inexpensive, lightweight, rear-drive convertible.”

The seller enthuses about the car’s styling.

“The Miata has clearly been created by and for enthusiasts,” the ad says. “Examine the car’s smart lines for a moment. Could a calculator-toting marketing team have penned such an enticing form? Of course not. 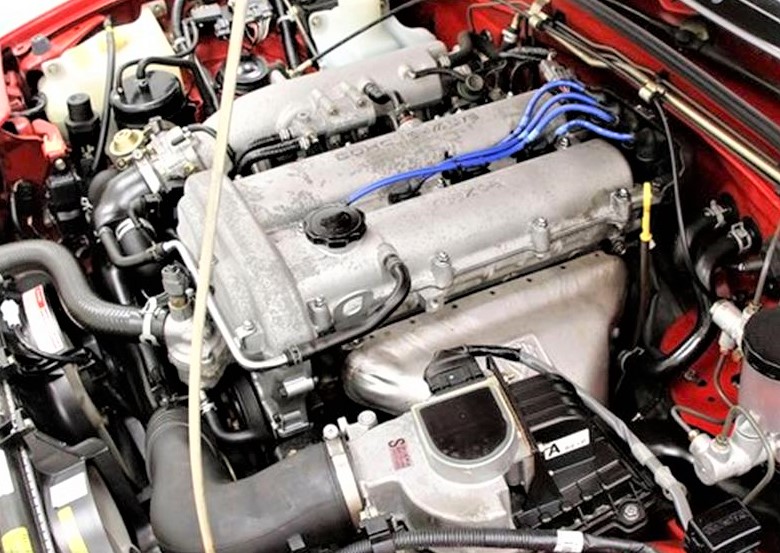 “The shape is nostalgic but not imitative; Mazda has captured the essence and flavor of the sports cars of yore without copying any one design.”

The Miata looks very nice in the photos, although the seller notes there is some surface rust underneath and the right rear coil spring is broken and needs replacing.  The 1.6-liter engine, 5-speed manual transmission and other mechanical components are in good working condition, the seller notes.

These cars were great sellers when new and fairly common today as used cars, so they remain attractively inexpensive.  This one from the first year with exceptional low mileage is offered at $12,500. 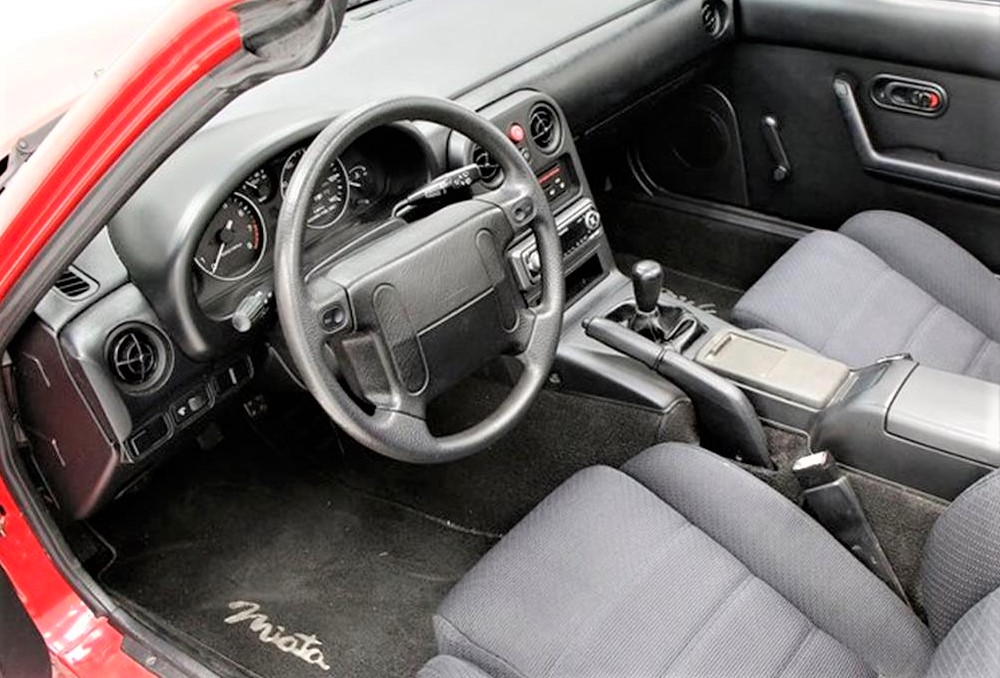 While they have not hit their stride as collector cars, first-gen Miatas are most-assuredly future classics. But right now, they are fun machines that any driving enthusiast should appreciate.