Crew cab pickups are popular, but VW did them decades ago 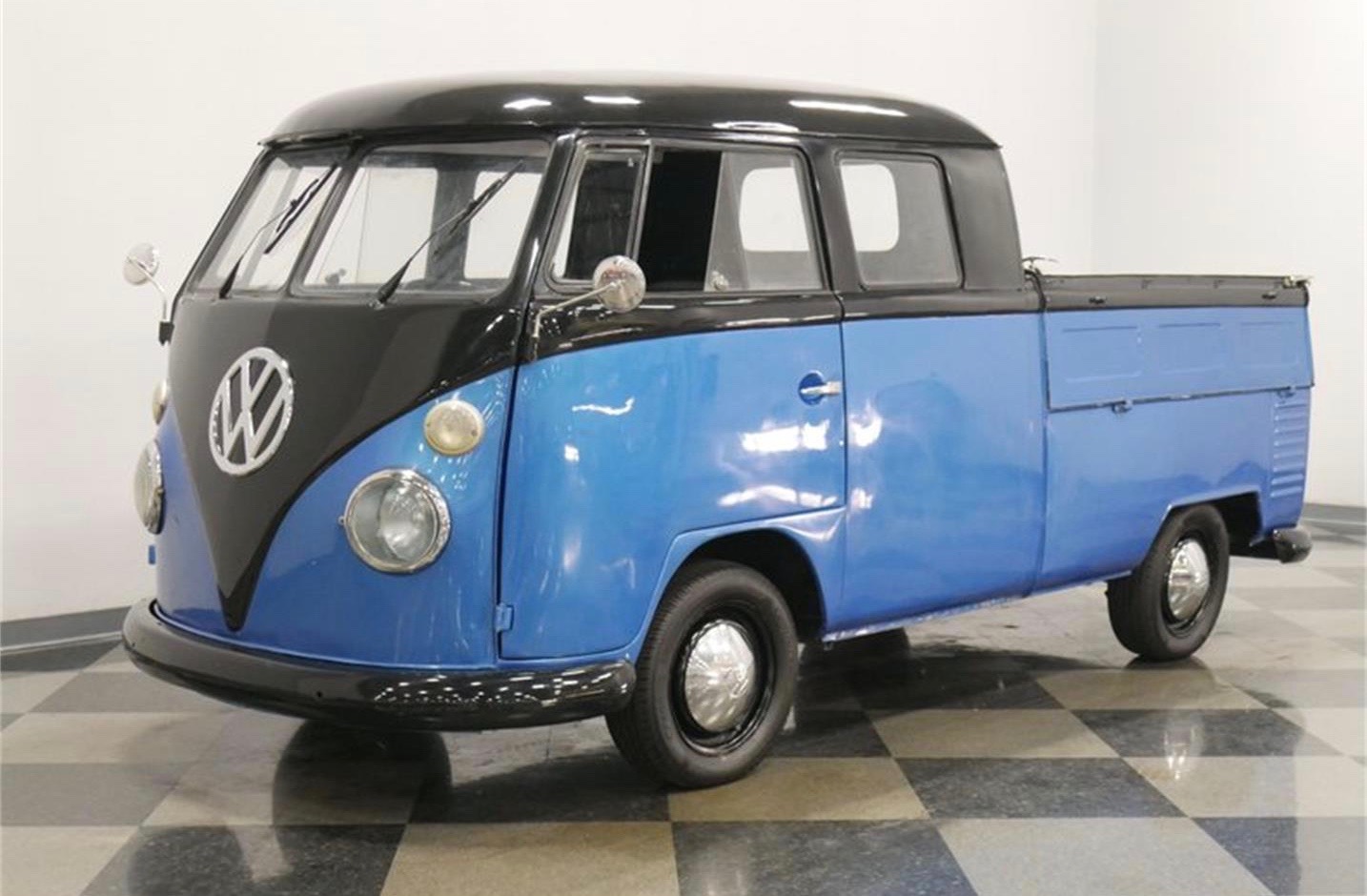 Crew cab pickup trucks have become best-selling vehicles in the United States. They provide two-row seating for people plus a truck bed for hauling home stuff you bought at home-improvement centers or big-box groceries, or for carrying bicycles, off-road motorcycles, kayaks or camping gear.

But such vehicles are not a new phenomenon. Take, for example, the Pick of the Day, a 1962 Volkswagen Transporter being advertised on ClassicCars.com by a dealership in Lavergne, Tennessee. 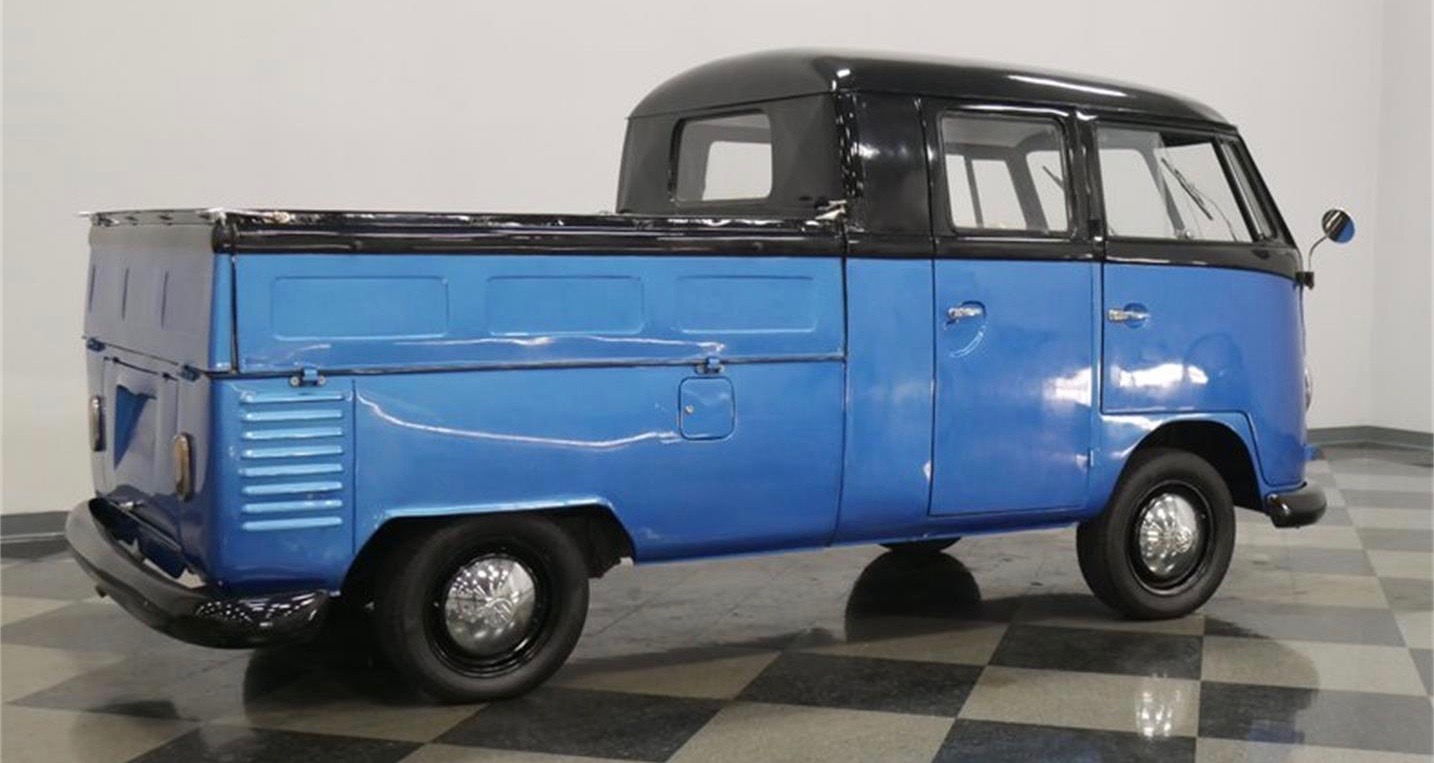 Note to other folks advertising such VWs on ClassicCars.com: We also looked at your vehicles, which were less expensive than this one — and thus perhaps more appealing to many buyers — but you provided so little information about them that we had little choice but to opt for this one.

“Interesting, rare, and absolutely cool, this 1962 Volkswagen Type 2 Double Cab is the kind of machine that will generate ton of interest wherever it goes,” the dealer notes in the advertisement.

“These VW Type 2 trucks have the same cool appeal as the vans, but are a far rarer sight in the USA. After all, the Chicken Tax cut their production short for this side of the Atlantic. So, we get particularly excited when you can find one as complete as this.” 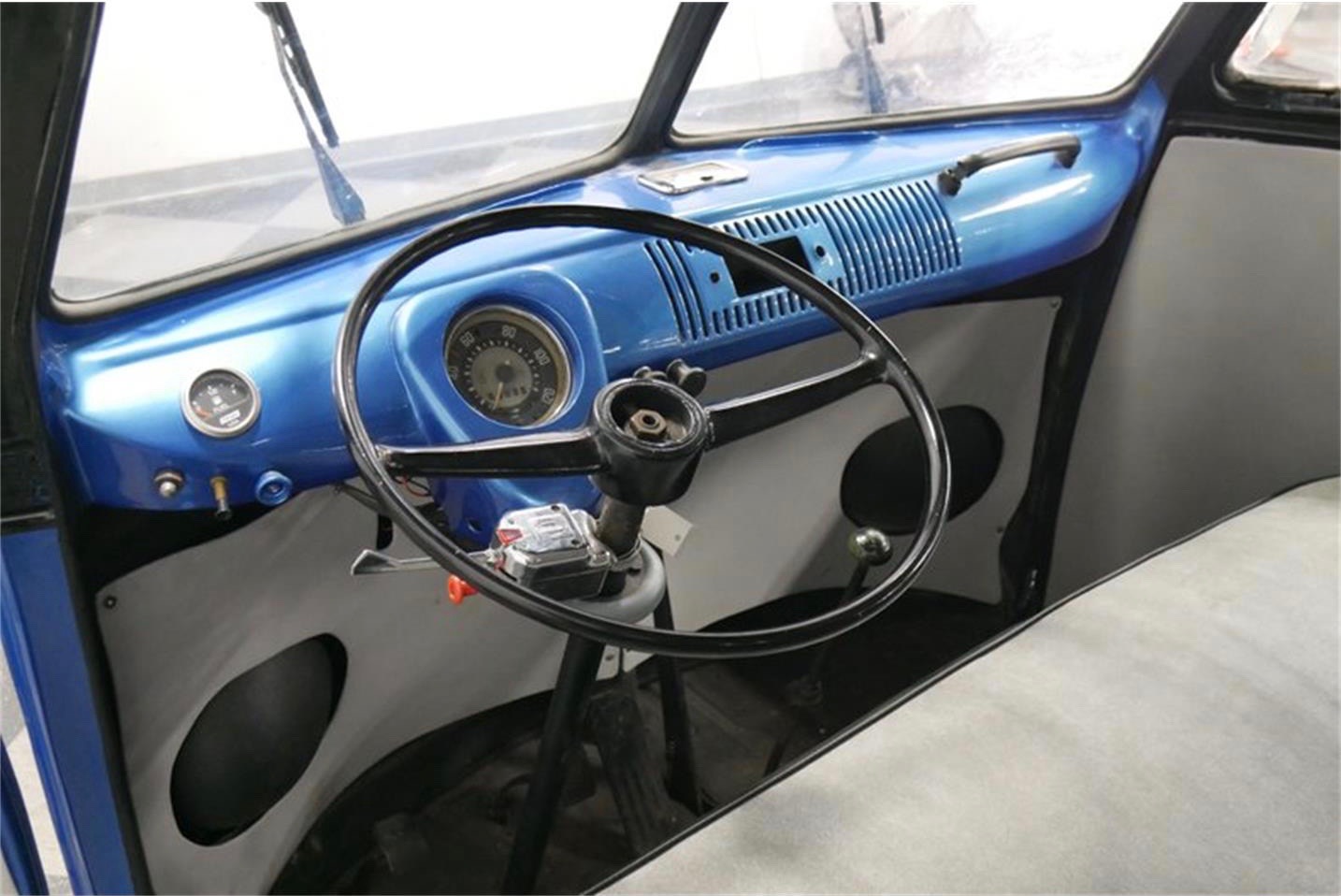 Volkswagen introduced its Type 2 (the original Beetle being the Type 1) in 1950, and it has gone by many variations and labels — Transporter, Kombi, Microbus, Camper, and, unofficially, the Hippiemobile — and in paneled, windowed, and other configurations.

Dutch importer Ben Pon was sort of the Netherlands version of America’s Max Hoffman in encouraging automakers to introduce new models designed for a specific audience. The story goes that he visited VW after World War II, saw a parts truck build on a Beetle chassis, and convinced the company to turn the concept into a van/truck, but with the driver position at the very front of the vehicle.

The “Chicken Tax” noted in the dealer’s ad was a 25 percent tariff imposed by the U.S. on a list of imported goods — including light trucks — in 1964 in response to a tariff on U.S. chicken imports by West Germany and France.

The Pick of the Day VW has a 3-door cab (single door on the driver’s side) and a truck bed with fold-down sides for easier loading and unloading, or leave them all down for a flatbed.

“In the rear is a 1,200cc air-cooled, four-cylinder motor. It’s the correct displacement for the era, and possibly original to the vehicle. It has an upgraded distributor, air intake, and the motor was recently serviced, including a new engine bay seal,” the dealer notes.

“Remember, this is the same flat-four that brought the Beetle its global reputation for being tough-as-nails. So to have it in a pickup only adds to its utility. That’s why the rest of the world has used these for everything from farm vehicles to medical transport.

“Plus, it’s linked to the sturdy and versatile four-speed manual transmission, which allows you to get the most out of the motor. It’s an unbeatable package that provides robust and fun driving.” 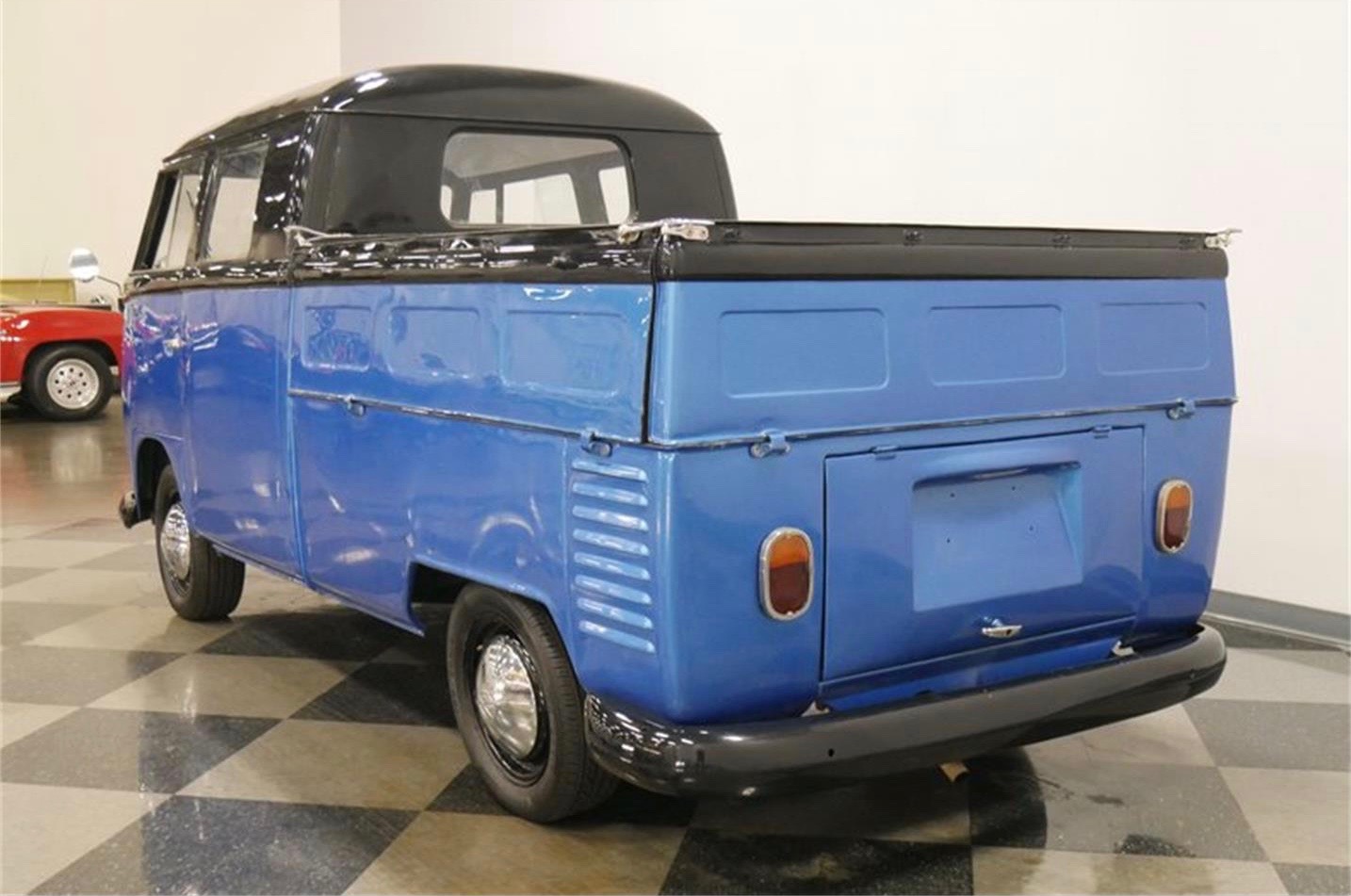 As for as the rest of the vehicle, “The paint is a later upgrade and it’s obvious by the extra glow in the blue. The upper black of this two-tone is a thoughtful application that not only draws attention to the dipping ‘V’ in the front, but also coordinates with the bumpers and wheels. Bright wheel covers, new polished side mirrors, and a shining VW emblem up front complete a well-done total package.

“The exterior black and blue return inside, and now it’s joined by a tasteful gray on the cloth seating. Just like the Type 2 Bus, these were great for giving the driver a commanding view of the road.

“And since this is a double-cab pickup, it’s one of the rare classic trucks that gives you the added utility to use for everything from secure storage, to taking extra family and friends along for the ride.”

The odometer shows 21,323 miles. The asking price is $46,995, for a vehicle that is becoming very popular with the car-collecting community.