Want to attract attention?  Want people to do double takes as you cruise by?  If so, then this street-rod mashup of a GMC Caballero (aka Chevy El Camino) with the face of a 1950-51 Studebaker should do the trick.

Looking like a low-flying rocket ship with a pickup bed, the Pick of the Day is listed as a 1983 GMC Caballero, although the Long Island, New York, dealer advertising the car on ClassicCars.com refers to it as Studemino.  I’d call it Studenstein, with no disrespect intended.

Because how could you not respect this wild mongrel?  According to the ad, it is a “one-of-a-kind custom car by Las Vegas, New Mexico, car artist and restorer John Gonzales.”  Bravo, Mr. Gonzales, for your imagination and creativity, as well as your workmanship.

The “bullet-nose” Studebaker was a unique design in its own right, and street rodders have been building cars out of them for decades; removing the front bumper accentuates the jutting shape.  That’s like this one, but with its streamlined Caballero cargo bed, it’s something else again.

Note that the custom flares on the bed sides reflect the shape of the Stude’s original rear fenders.

The car/truck, which actually is located in Albuquerque, the seller says in the ad, is powered by its original V8 with automatic transmission and dual exhaust.  It has just 63,000 miles on its speedometer and “runs great and feels even better in the driver’s seat.” 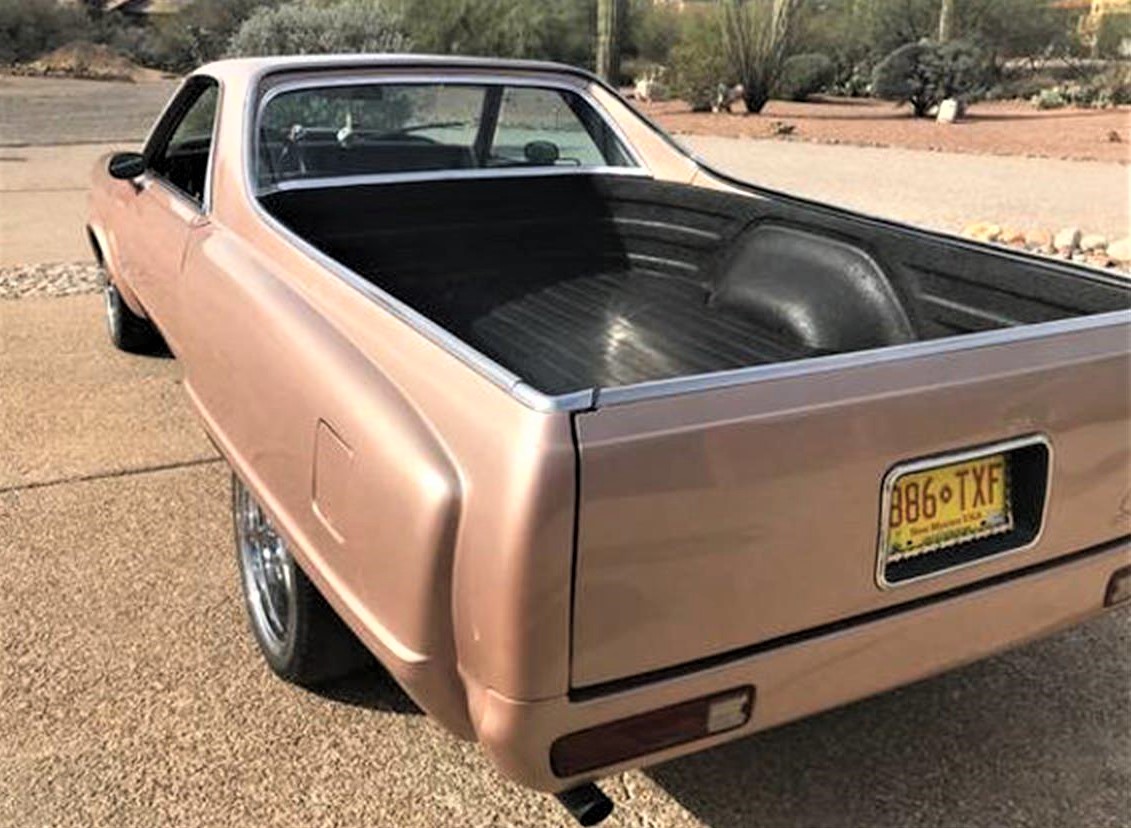 The Studemino has had recent mechanical work and is ready to go, the dealer adds.

Painted in a glowing shade of Champagne, the custom car certainly looks special, especially standing on a set of what appears to be 20-inch wire wheels with knockoffs and ultra-low-profile tires.

In the photos with the ad, the body looks straight and what appears to be the original GMC interior seems to be in decent shape.  A “suicide spinner knob” is affixed to the steering wheel, which appears to be from a Studebaker, and the column shifter has some kind of large, ivory-colored handle.  Otherwise, the cabin looks stock. 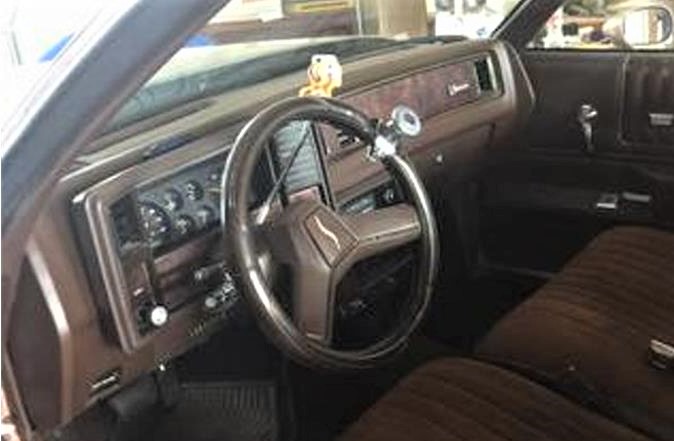 The asking price seems cheap for such an original street rod, at $12,500.  The ad says the seller might consider a trade for “a good commuter car/SUV commuter of equivalent value,” giving the examples of a Toyota Prius or Highlander.

Maybe the seller is just trying to achieve a lower profile, but what a come down from this weirdly fabulous custom rod.