The Pick of the Day, a 1908 Buick Model 10 roadster, was produced at a critical time in American automotive history.  This was the year that Billy Durant established General Motors, with Buick at its financial core.

It also was the year that Henry Ford rolled out the Model T, the mass-produced flivver designed to be affordable for average folk, and which first put America on wheels.  That pretty much changed everything in what has become known as the Brass Era.

The Model 10 was Buick’s basic vehicle aimed at middle-class Americans who were ready to ditch their horses and carriages, and trundle off with a different kind of horsepower. 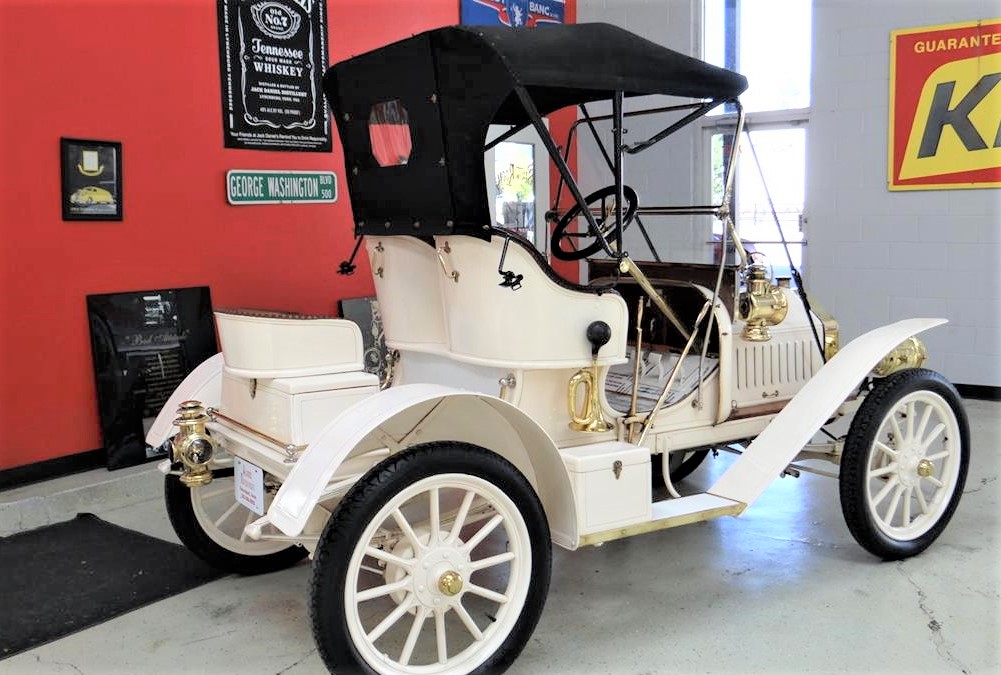 The handsome roadster cost about $900 in 1908, equivalent to about $25,000 today, and featured some of the latest automotive technology. Most significantly, Buick pioneered the valve-in-head engine.

The Buick was powered by a 165 cid inline-4 engine rated at about 22 horsepower, enough for the model to gain a reputation as a speedy vehicle with decent pull and hill-climbing ability.  Power was transmitted to the rear wheels via a 2-speed planetary transmission and drive shaft.

This Model 10 wears an older restoration, according to the Davenport, Iowa, dealer advertising the Buick on ClassicCars.com, but the photos with the ad show it still looks very nice in white with shiny brass trim.  It has seating for two up front with a rudimentary “mother-in-law seat” perched at the rear, exposed to the weather.  Nice way to treat your spouse’s mom! 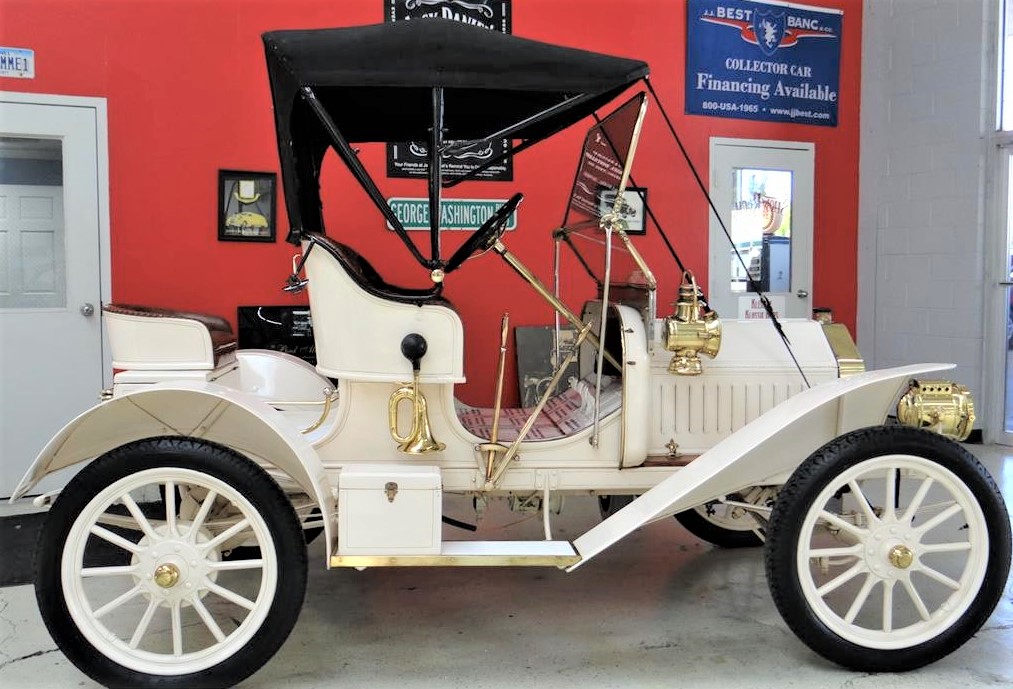 The car is equipped with “brass headlamps, cowl lamps, tail lamp, radiator, steering column, windshield frame, etc.” the seller notes, as well as a rubber-bulb horn, Firestone tires and a black Haartz cloth top.  There is a Gray & Davis brass-carbide acetylene generator on board to provide fuel for the headlamps, the seller adds.

“Runs like the day it came off the show floor when new,” the ad says. “A fantastic addition to any collection.”

Antique car ownership presents a whole litany of unique challenges. This is, after all, a 111-year-old automobile. But it also could be the source of much pride and comradery with like-minded tinkerers.  How much fun this car would be to show and enjoy, maybe even be the center of attention at Fourth of July parades? 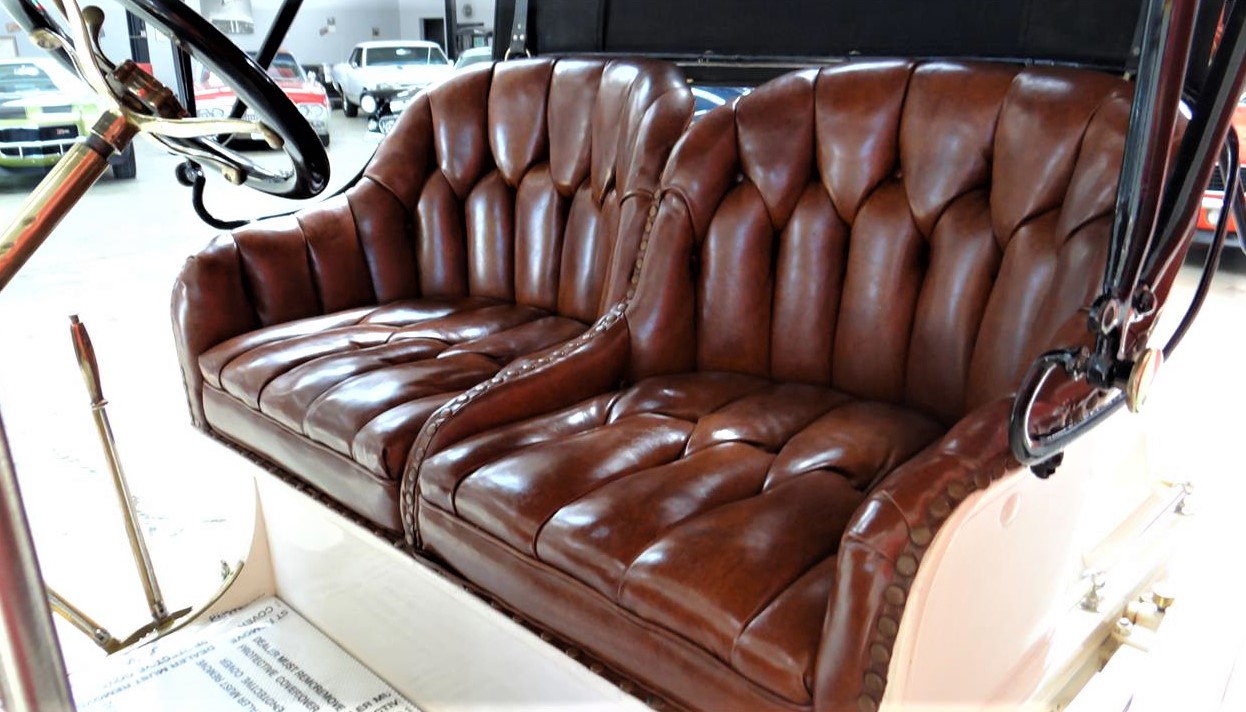 The asking price for this historic Buick seems reasonable at $49,900.  Which, according to the inflation calculator, would be roughly $1.366 million in 1908 money.