Before off-roading was a big thing, and during the 1950s mostly confined to Jeeps, Land Rovers and such, a Minneapolis company named NAPCO supplied 4-wheel-drive systems for Chevrolet and GMC trucks.

NAPCO, an acronym for the North American Auto Parts Company, which was founded in 1918, honed its craft during World War II supplying 4-wheel drives for military vehicles.  After the war, it focused on selling kits to convert civilian trucks, before GM began using NAPCO systems for factory-built 4-wheelers. 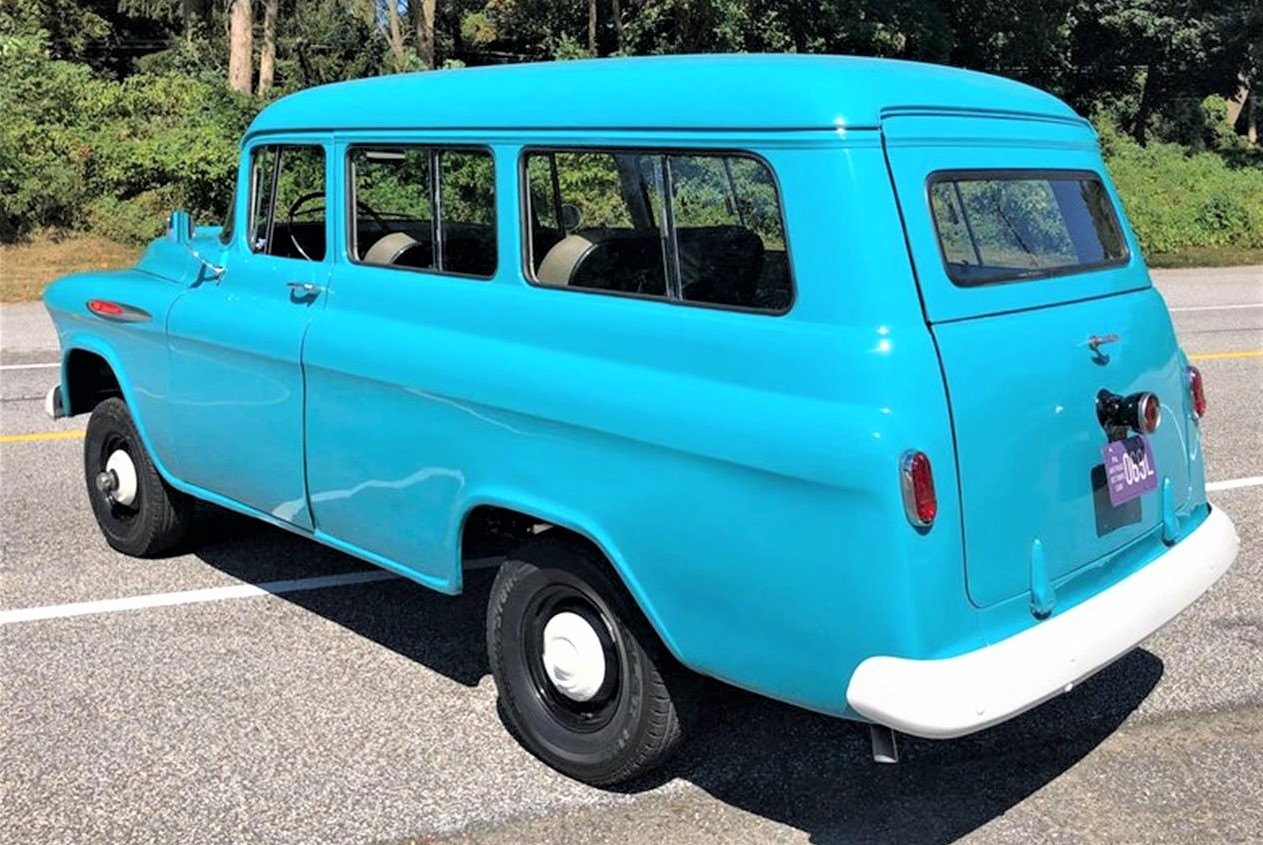 The Pick of the Day is a highly attractive 1957 Chevrolet Suburban fitted with NAPCO Powr-Pak 4-wheel drive, the kind of rig used back in the day by the Forest Service and other backwoods operations.

The West Chester, Pennsylvania, dealer advertising the Suburban on ClassicCars.com described the truck as “the ultimate early SUV, excellent example of a highly-collectable rust-free California truck, special ordered with the rare NAPCO four-wheel-drive option for use by the Federal Parks and Recreation Department.”

The Suburban has been fully restored, the dealer says, and painted in “stunning Indian Turquoise paint with excellent Gray interior.”

“Every aspect has been rebuilt, including the engine and differential,” according to the ad. “Extremely rare and very difficult to find, fully serviced and runs great!” 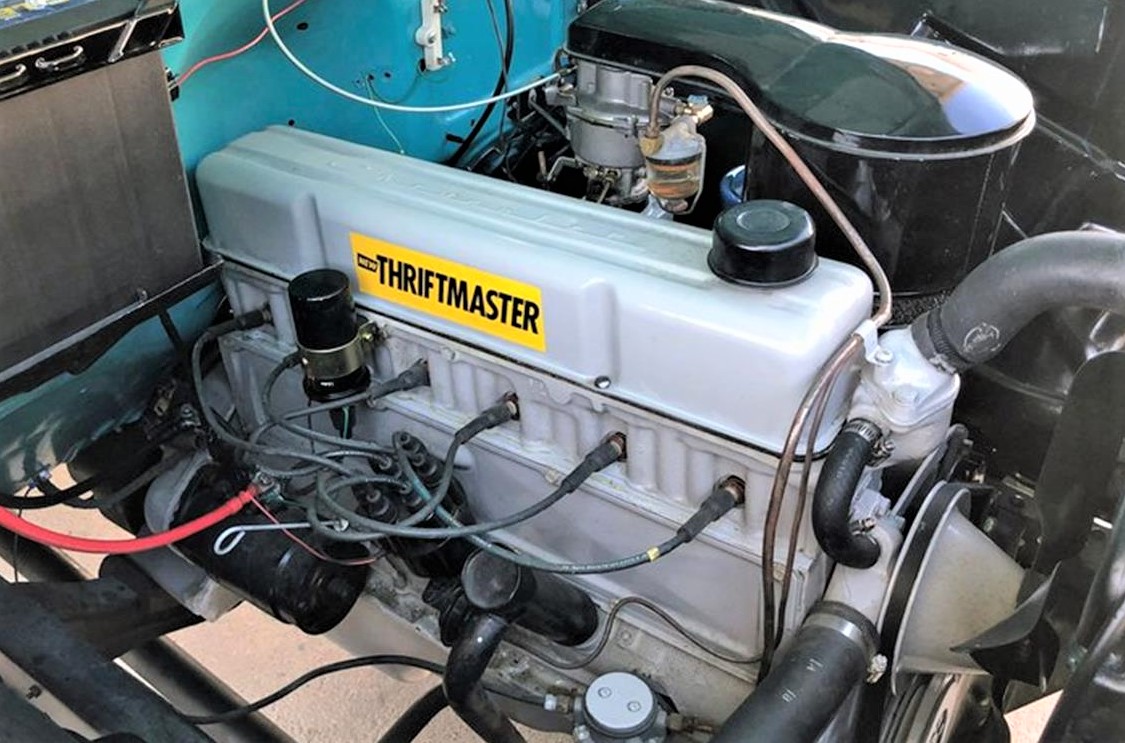 Powered by its original 235 cid, 140-horsepower Thriftmaster 6-cylinder engine fitted with a 4-speed manual transmission, the Chevy is fitted with dual side mirrors and radial tires, the ad says.

Four-wheel-drive Suburbans from this era are not often found in this sort of original trim, or restored to this level.  The next owner might want to replace its current tires with something with more-aggressive tread for off-roading. 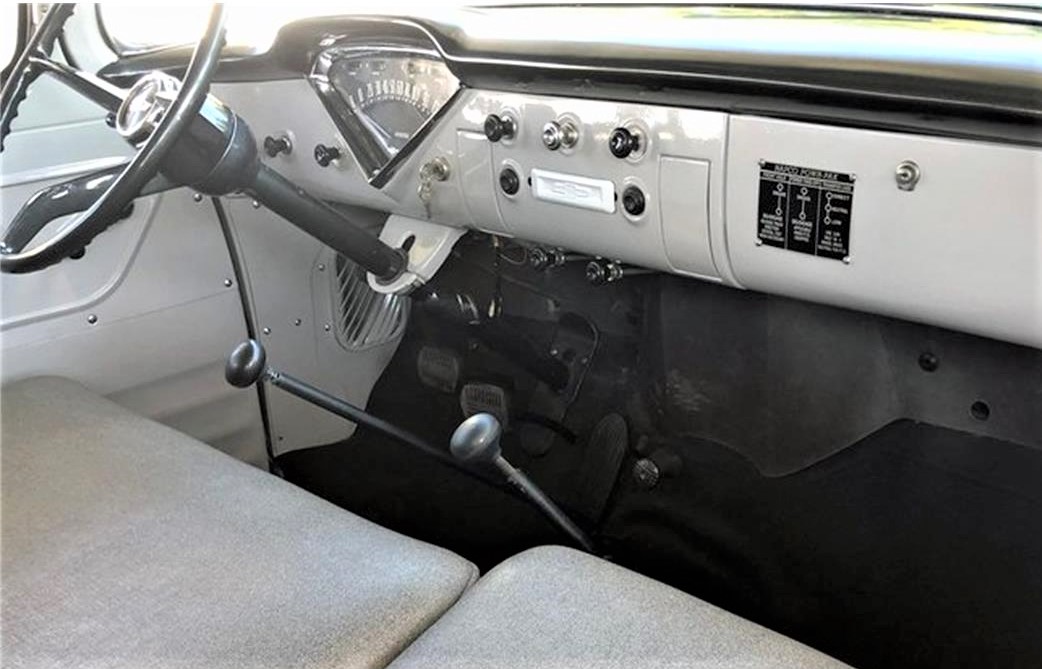 Although on second thought, this truck looks far too nice for bashing around in the woods or desert.  Scratching that nice paint job would be a shame.  Such a beauty probably would do better cruising on pavement or being admired at a car show.

Pick of the Day: 1955 Chevrolet pickup