Most-powerful Camaro yet, the ZL1 rumbles with 650 horsepower

You have to admit that muscle cars are not what they used to be. Nope.  They’re much better, even in the case of the much-admired Chevy Camaro ZL1 that started out in 1969 as a dealer-ordered COPO race car and now reigns as a hotly desired (and very expensive) collector car.

The latest Camaro ZL1 is a real piece of work, filled with sound and fury signifying a massive amount of performance.  The main attraction is the towering power of the supercharged LT4 6.2-liter V8, which peaks at a thunderous 650 horsepower – the most ever for any production Camaro – and 650 pound-feet of torque that cranks on at 3,400 rpm.

That magic comes across instantly with a stomp on the throttle as all hell breaks loose.  The back end also breaks loose a bit before traction control steps in and the Camaro rockets forward as you’re slammed back in the Recaro seat. 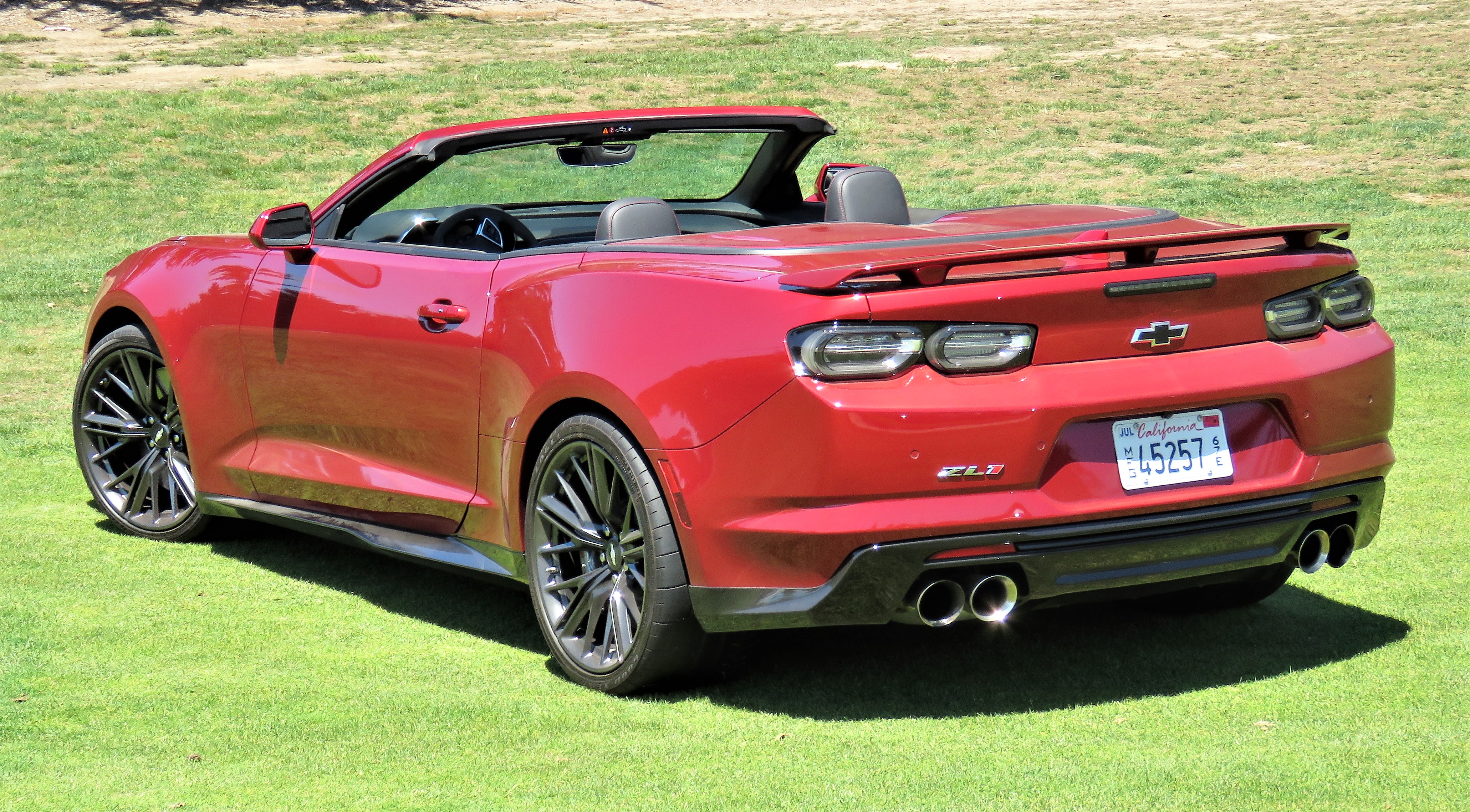 So, yeah, make sure you are in a secure and unencumbered location before hitting the gas because this car will run away with the unwary.  For me, it was on a long, broad freeway entrance ramp in Seaside, California, with nobody else around.  Loud, smoky and thrilling, almost immediately into ticket-bait speed.

There are all kinds of electronic settings on the ZL1 for gaining either the most performance or the most comfort, from Touring to full Track, which includes some additional settings of its own.  For my rush of acceleration, I flipped over to Track but with some of the electronic nannies left on, just in case I ran out of talent at a critical moment with all this hot torque under foot.

For most of my time driving around in the Camaro convertible, I kept it in the Sport setting, which provides a firm suspension, strong throttle response and a preferred shift pattern from the new 10-speed automatic transmission. 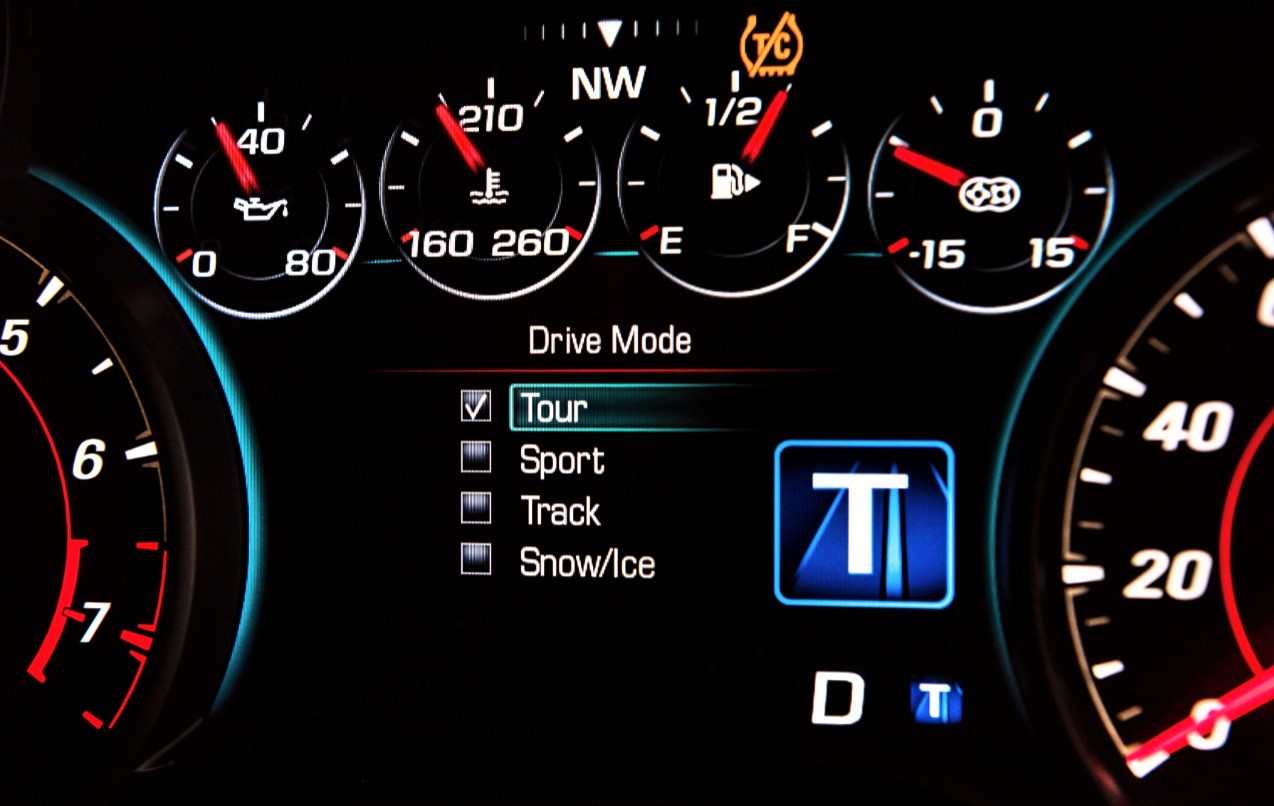 That’s right, 10 speeds, just like on your old Schwinn Varsity. The trans handles the complex business of shifting in quick staccato bursts from gear to gear, with or without driver input from the paddle shifters.  As with many performance-honed automatics these days, the 10-speed thrusts the car to 60 mph in less time than it takes with a pro driver rowing through the 6-speed manual.

That zero-60 time, by the way, is 3.5 seconds, according to the manufacturer, which puts the ZL1 solidly in supercar territory.  The Camaro will do the quarter mile in 11.7 seconds at a top speed of 127 mph, Chevy says,

“This transmission is optimized for speed,” Camaro chief engineer Mark Dickens says in Camaro’s PR material. “With unique Track Mode calibrations and 10 gears, you are always in the perfect gear when rolling on or off the throttle. You may not be a professional race car driver, but now you can shift like one.”

Hit the gas while cruising at, say, 60 mph, and the multi-gear downshift happens very fast, quickly hooking up and pulling ahead.

Modern technology has made it all seem easy to bring big power to the table, from Camaros, Mustangs and Challenger Hellcats to Ferraris, Lamborghinis and the McLaren P1.

Just being fast is not enough, though.  The Camaro ZL1 also has a surprisingly comfortable ride and marvelous handling, another nod to technology with the Magnetic Ride suspension that continuously monitors driving and road conditions, adjusting for both comfort and control.   While the Sport mode stiffened things up a bit, the ride was firm but totally acceptable even on rough surfaces.

Handling was right up there, with a major assist from the wide, 20-inch Goodyear Eagle F1 tires constructed specifically for the Camaro, according to the spec sheet.   Weighing just north of 2 tons, the convertible that I drove still felt crisply agile. Chevy reports a ZL1  skidpad result of 1.02 g. 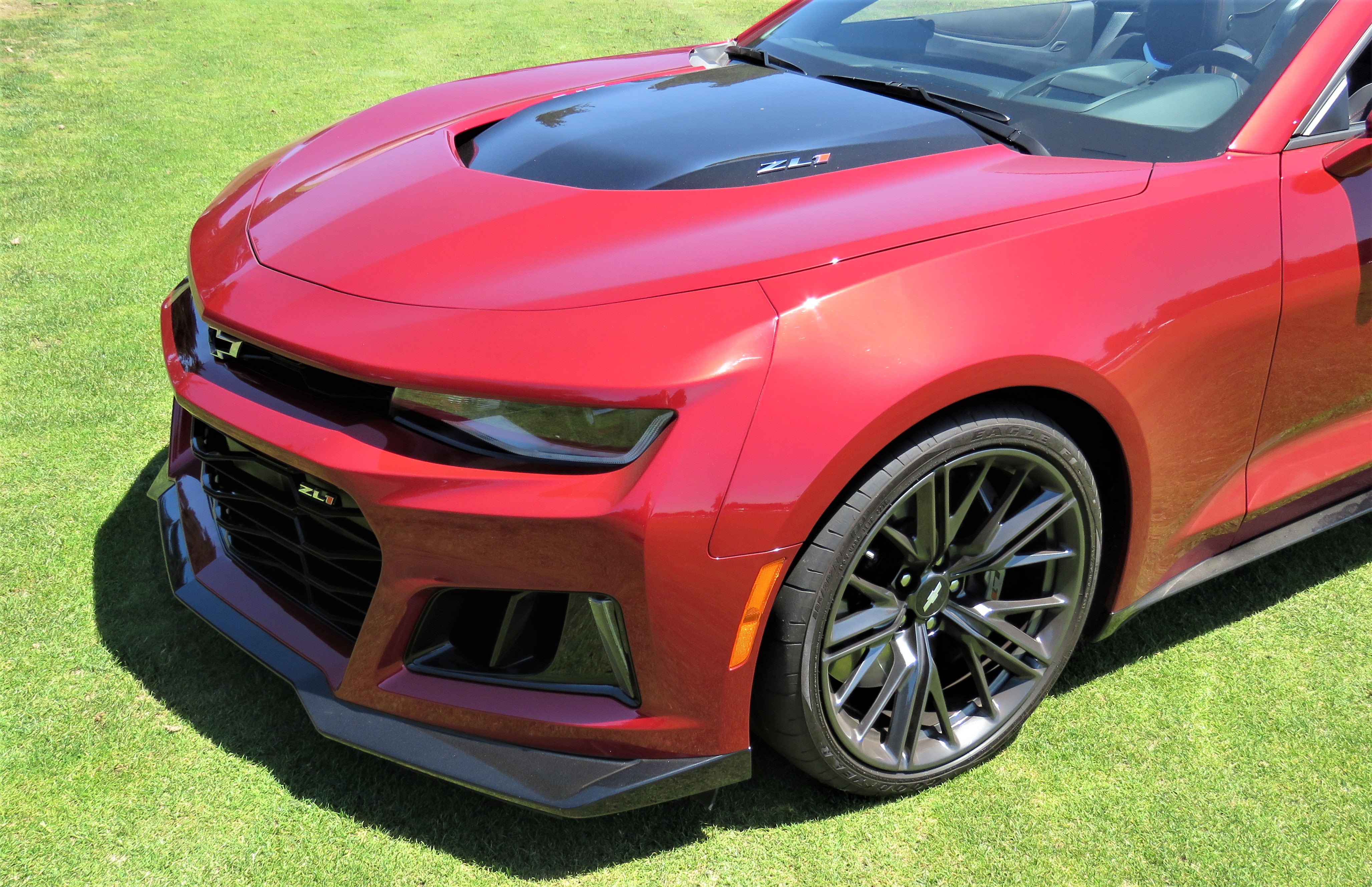 Naturally, the brakes need to be up to the task of corralling all this kinetic force, and the ZL1 is fitted with mighty Brembo binders – the front calipers are 6-piston monobloc design with 15.35-inch 2-piece rotors.  They are highly effective.

Gas mileage is, well, you don’t buy a Camaro ZL1 for its frugality.  The EPA says it gets 13 mpg city and 21 highway for an average of 16 – a very tall overdrive gear takes advantage of the prodigious torque of the big V8 and allows it to lug along at low rpm at highway speeds, thus improving mileage.

Still, if the ZL1 is not aggressive enough for you, there is a track-tuned 1LE version of the coupe with handling performance that’s considerably edgier, from what I’ve read.  I’ve also read complaints that the 1LE rides too hard for regular driving.

The ZL1 leaves no doubt about its performance goals, with wings, scoops, diffusers and aerodynamic extensions that appear ready to keep things tight right up to the ZL1’s reputed top speed of 195 mph.  While I was sorely tempted to try that out on Highway 1, I somehow resisted.

The styling of the 6th-generation Camaro is more sharply honed compared with that of the previous model, and the ZL1 add-ons look strategic and purposeful.  For instance, the bold hood extractor adds down force, according to Chevy. 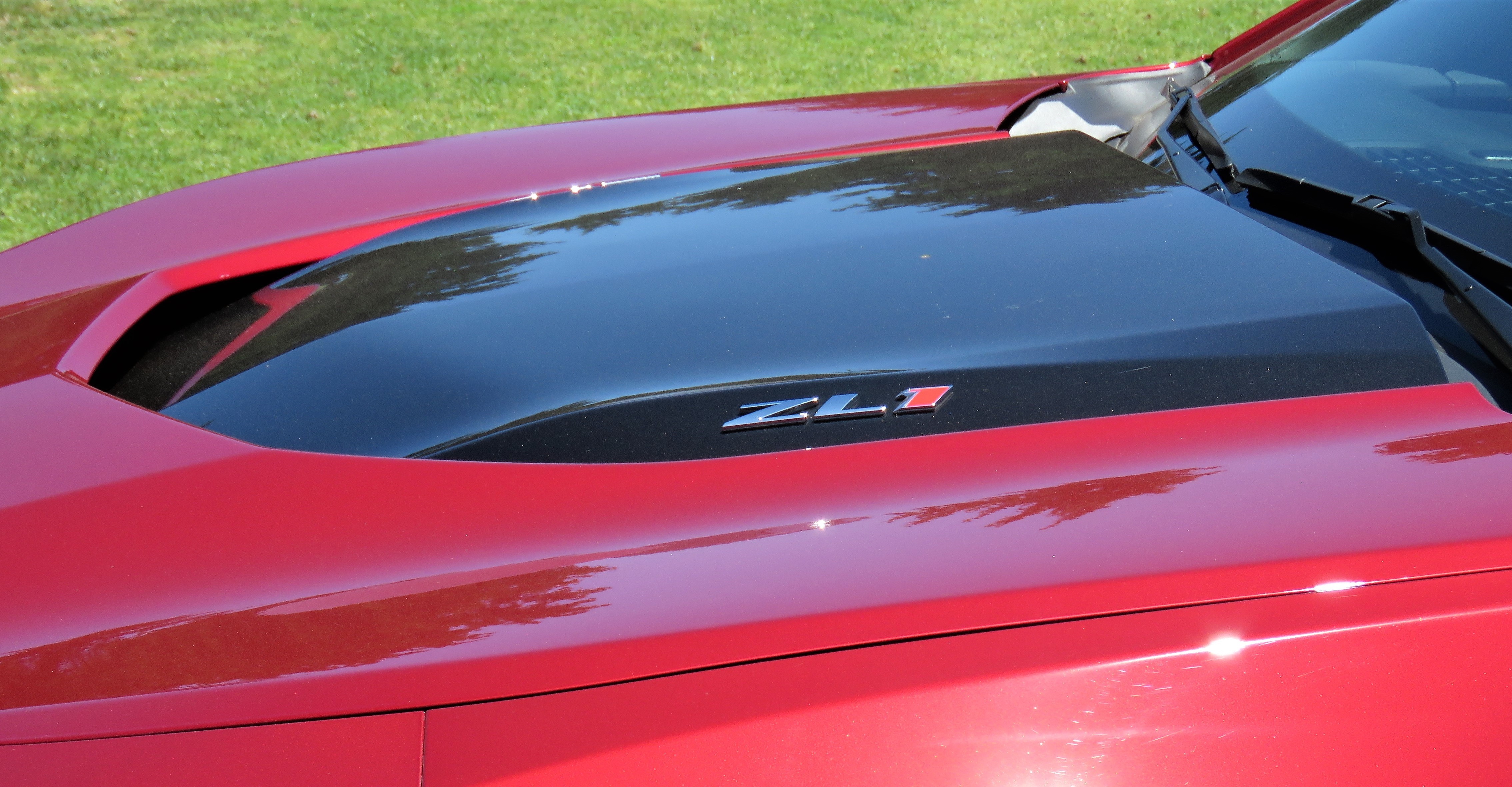 Hunkered down in the Camaro’s snug interior, one quickly becomes aware of the poor outward visibility that has bedeviled these cars since they came back from the dead in 2010 with a retro look that charmed longtime fans.  High door sills with a low roof might look cool, but it doesn’t do much for seeing out.

Add to that large C-pillar blind spots and limited rear view through the narrow rear window, and you have a coupe or convertible that winds up feeling claustrophobic. Dropping the top on the convertible improves things, of course, but you still feel like you’re sitting too low in a big car, even for a tall guy like me.

The rear seat is also something of an afterthought, suitable only for children or pets, especially in the convertible where the top mechanism steals some space. At least the front Recaro seats are roomy and supportive. 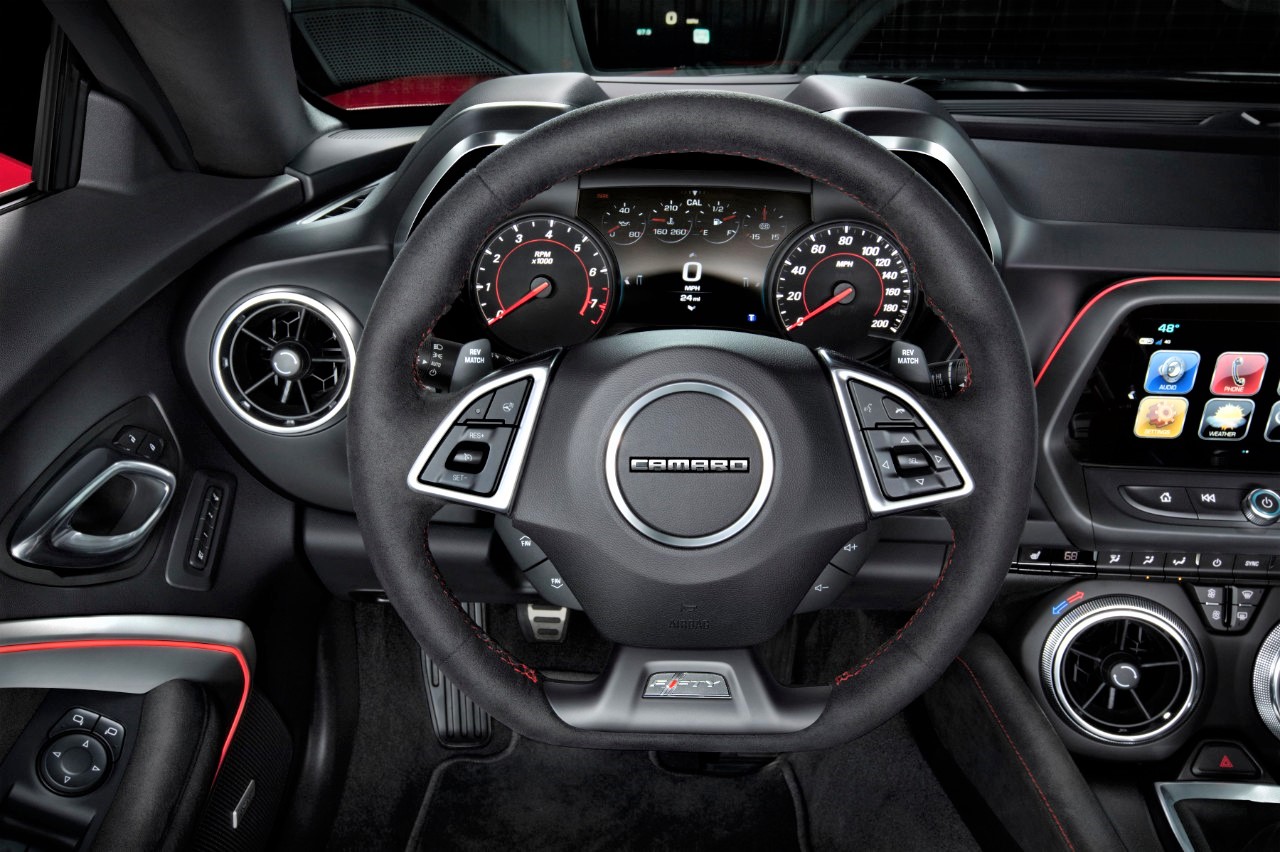 The dashboard seems awfully busy with various and sundry contours and chrome pieces, as if the designers threw into it everything they could think of.  The ZL1 is well-equipped with features, including fingertip controls for the various driving modes, which show up on the driver’s screen between the speedo and the tach.

Among the functions are an optional performance-data recorder. An 8-inch video screen handles infotainment functions. 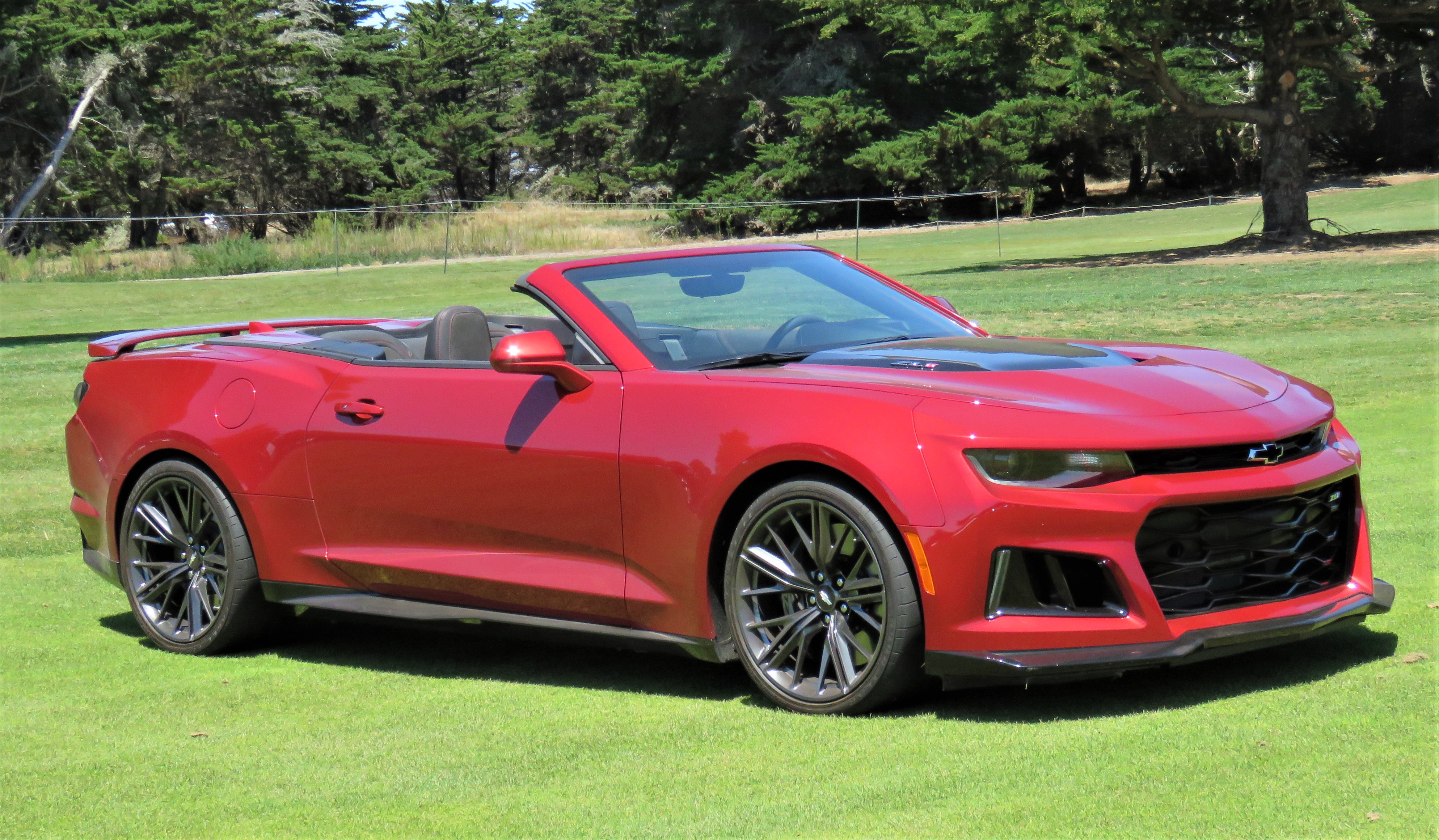 Media reports say Chevrolet is considering doing away with the Camaro brand after this generation, probably around 2023.  They did it before and they might do it again. But however you might feel about the Camaro, the demise of any enthusiast car diminishes all of us.

Question of the Day: What is the cheapest car you’ve ever bought?