The coolness of Pontiac Firebird came as a shock to the senses for young car geeks as it debuted for the 1967 model year.   Because, hey, where was the front bumper? How cool was it that Firebird just had a chrome beak jutting forward, fashioned in Pontiac’s signature split-grille styling?

Even in that time of innovation, experimentation and snorting horsepower, Firebird stood apart as, along with Chevy Camaro, it chased after the sweeping success of Ford Mustang. 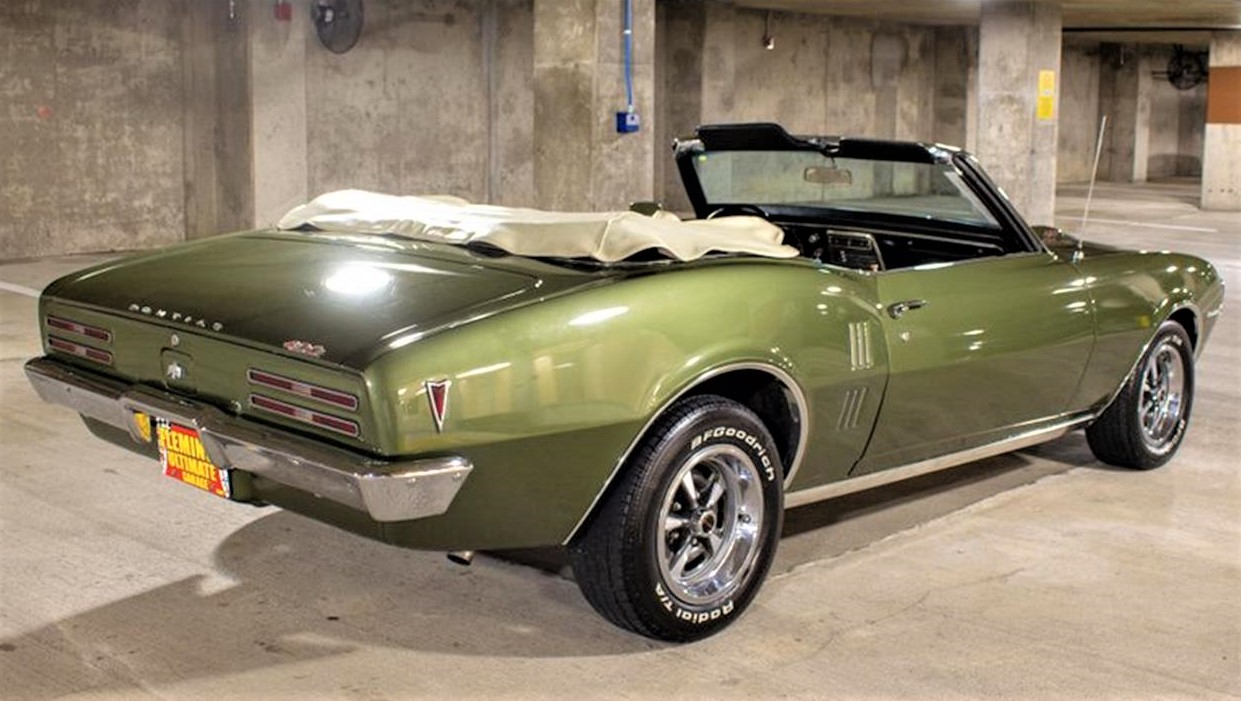 The Pick of the Day is a 1968 Pontiac Firebird 400 convertible powered by a numbers-matching 400cid V8, 400 automatic transmission and original heavy-duty rear, according to the Rockville, Maryland, dealer advertising the Pontiac on ClassicCars.com.

This is an authentic example of the performance Firebird, and “loaded with PHS (Pontiac Historical Society) docs,” the dealer says.

The Firebird is finished in its correct shade of Verdoro Green with a white convertible top and Parchment sport interior, with bucket seats, full console, woodgrain trim and original 3-spoke Firebird steering wheel, the dealer says. 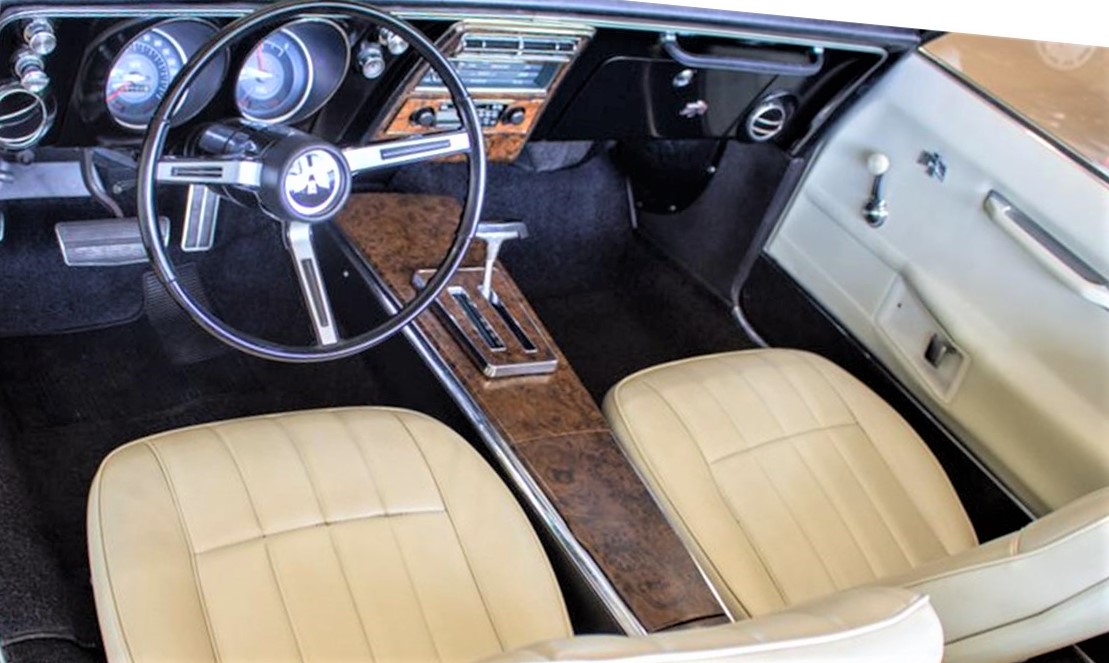 The performance potential is punctuated by a 160-mph speedometer among the full set of gauges.   The 6.6-liter engine was factory pegged at 335 horsepower, although contemporary road testers estimated that was an underrated figure for its actual output.

The engine compartment has been detailed to car-show readiness, the seller says, and the entire Firebird looks exceptionally clean in the photos with the ad. 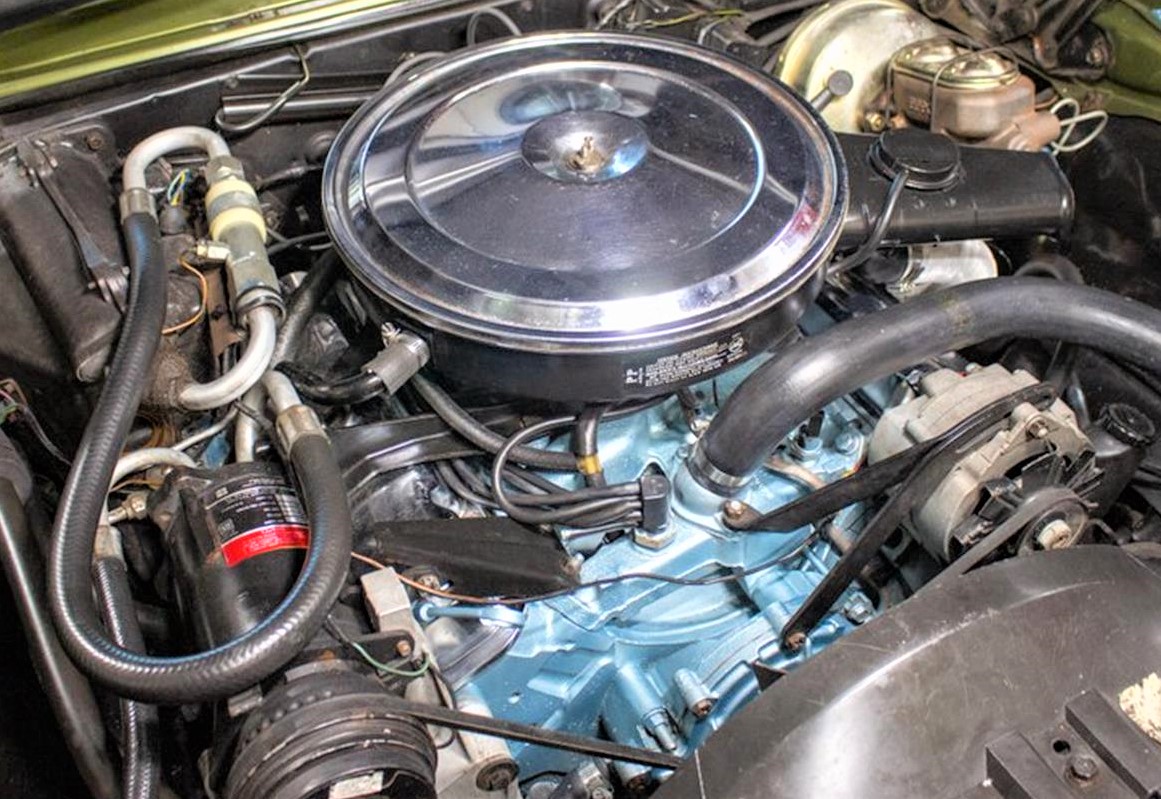 Like the Camaro, the first-generation Firebird lasted just three model years before a complete makeover, and they are prized among Pontiac collectors, especially the 400 convertible models, which also include the upgraded Ram Air versions.

The asking price for this favorite muscle/pony car is $49,990.