We don’t know where’s the beef, but here’s the car

You don’t have to be the owner of a Wendy’s restaurant franchise to want to buy the Pick of the Day, but it might help. The car is a 1978 Glassic roadster done in the style of a 1929 Ford Model A and was specially ordered by Wendy’s founder Dave Thomas, according to the Volo, Illinois, dealer advertising the car on ClassicCars.com.

“Dave custom ordered this factory-built 1978 Glassic roadster to suit his specific needs, which was an eye-catching paint scheme using the colors from the Wendy’s logos,” the dealer says.

“Most of the Glassics were equipped with a 4 cyl and no options, Dave ordered this one with a 302, power steering, brakes and an automatic transmission. 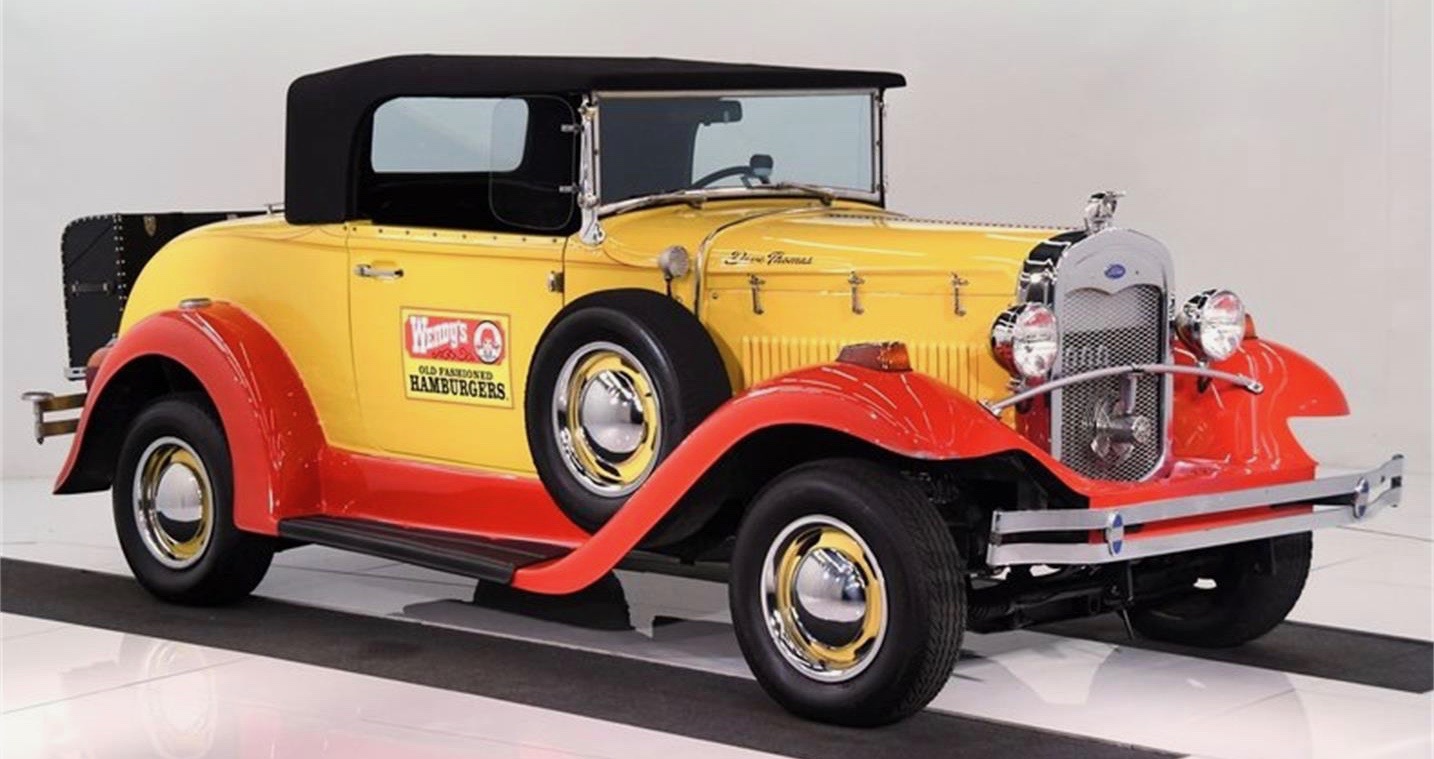 “Dave would pull this car behind his RV for recreational use but also as a promotional vehicle at various Wendy’s locations.

The dealer says this car will be delivered to its next owner with “a full binder of receipts of work done to the car over the years as well as the original Statement of Origin, and Ford Industrial Registration in Wendy’s name as proof of ownership.”

The car also is listed in the Glassics registry of Limited Editions and Celebrity Owned Glassics, the dealer adds, noting that other celebrity Glassic owners include Aerosmith’s Steven Tyler, Chet Atkins, Hubert Humphrey and Liberace, as were Budweiser and the Abercrombie and Fitch clothing stores. 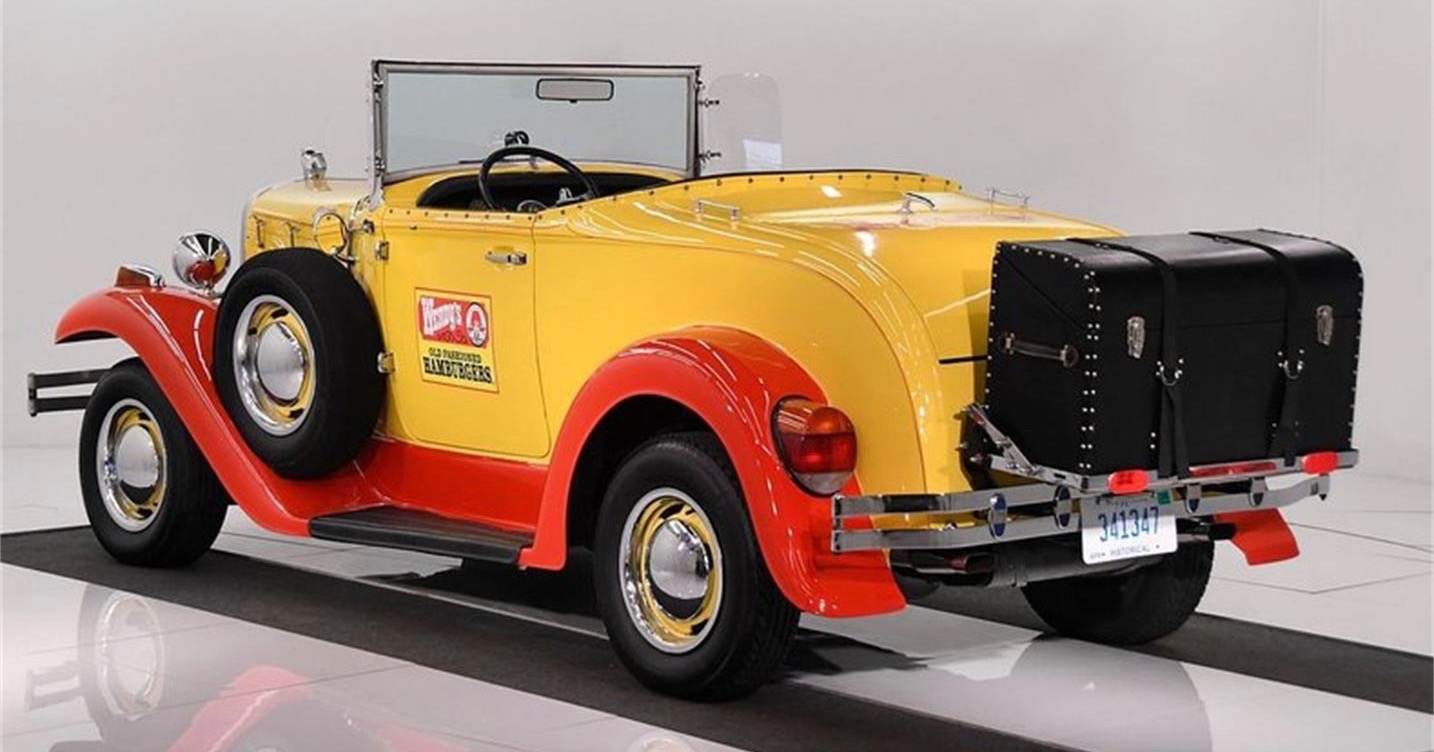 “I have driven many replica and kit cars, including the factory-built Shay Model A replicas, I was quite surprised how superior this car was to drive over the others,” the seller adds. “I am 6’1″ and 270 lbs, I fit in this car very comfortably. The ride was solid without the typical fiberglass rattles and vibrations. It had plenty of power and was simply a pleasure to drive even at 60 mph.”

The car has power steering and brakes, a removable top, side curtains and a ruble seat as well as AM/FM radio, seat belts and a heater. 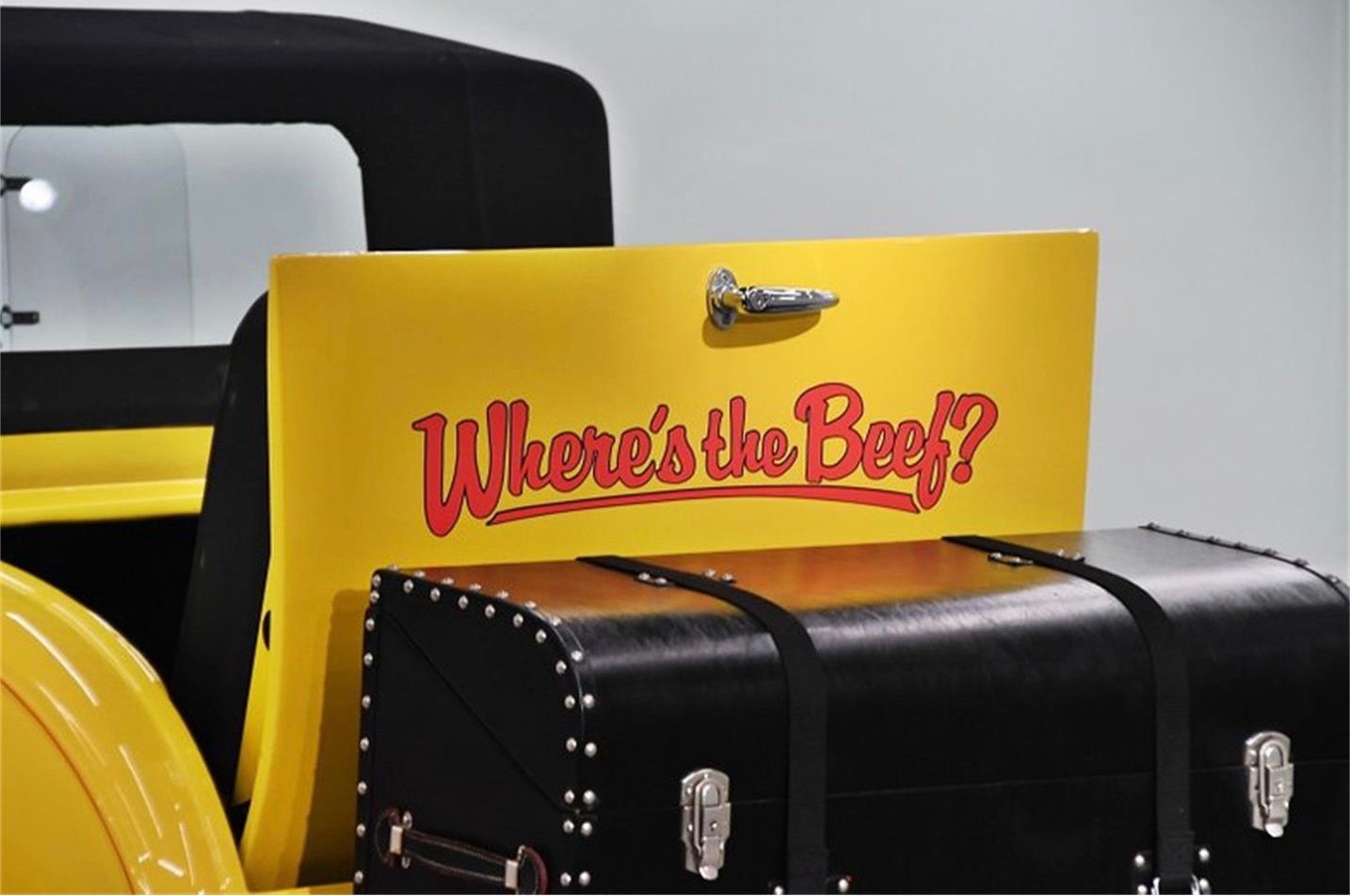 Wendy’s had a huge marketing success with the infamous slogan “Where’s the Beef” which wound up on T-shirts, used in presidential campaigns and even had a board game produced after it!

To view this entry on ClassicCars.com, see Pick of the Day.