The VW Beetle convertible is a postwar classic that everybody recognizes and about which most people have some fond memory.  Mine is as a teenager practicing stickshift on the streets of West Philadelphia in a red VW convertible owned by my friend Debbie Lily.

The Pick of the Day is a beach-cruising 1974 Volkswagen Beetle convertible with just one owner and in nice original survivor condition, according to the Laguna Beach, California, dealer advertising the bug on ClassicCars.com. 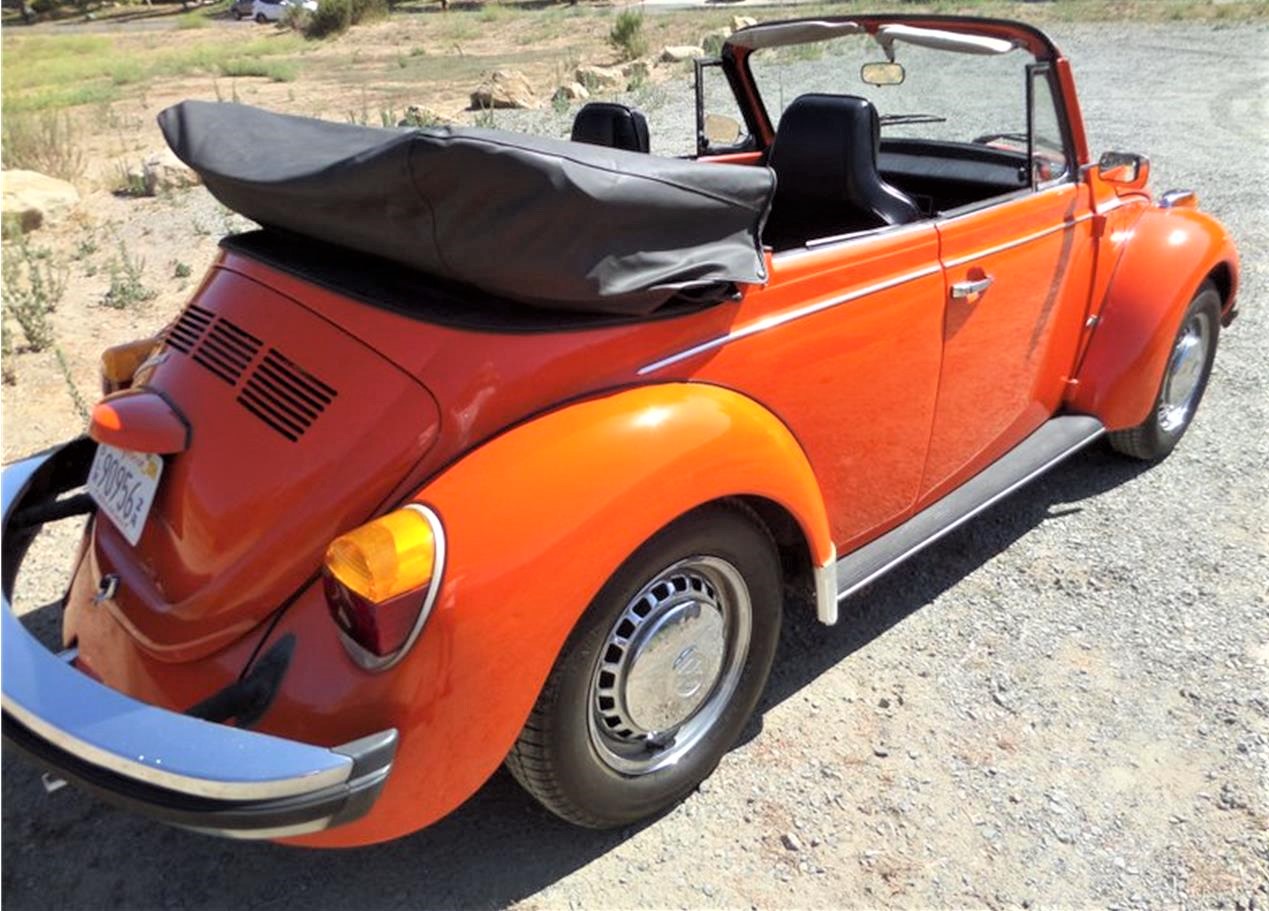 “This highly original convertible Beetle was purchased new by its consignor in 1974 and was used sparingly as a second car at their vacation home here in So California,” the seller says in the ad. “A comprehensive inspection and appraisal was completed in 2019 which confirmed the originality of the car and its overall good condition (available for inspection).”

With just over 86,000 miles showing on its odometer, the VW convertible is purported to be in very presentable condition with some paint flaws, a good top and interior, and running well. 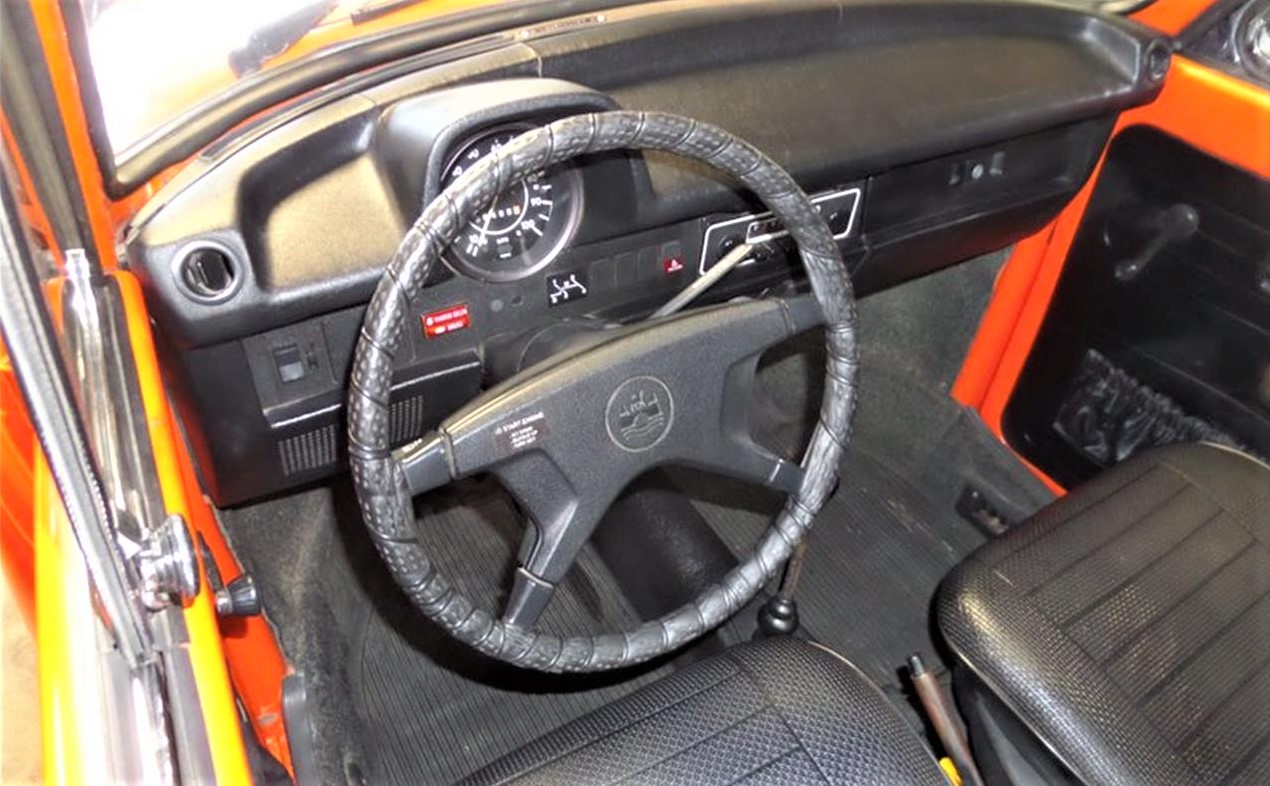 “Mechanically, the convertible is solid and drives very well,” the ad says. “The engine starts easily and runs smoothly without issue. The transmission and clutch operate in harmony with smooth clutch engagement and crisp gear shifts. The steering is direct and has no play or shimmy. The braking is straight and predictable.

“The Bug is a stunning and reliable car that has been very well-maintained and shows pride of ownership. It is easy to operate and drive and a real head turner!”

In bright Orange Crush, the VW is a cheerful-looking critter that would have been in its element as a vacation car, as it was used.  It calls to mind trips to the beach and cruising top down on warm summer evenings. 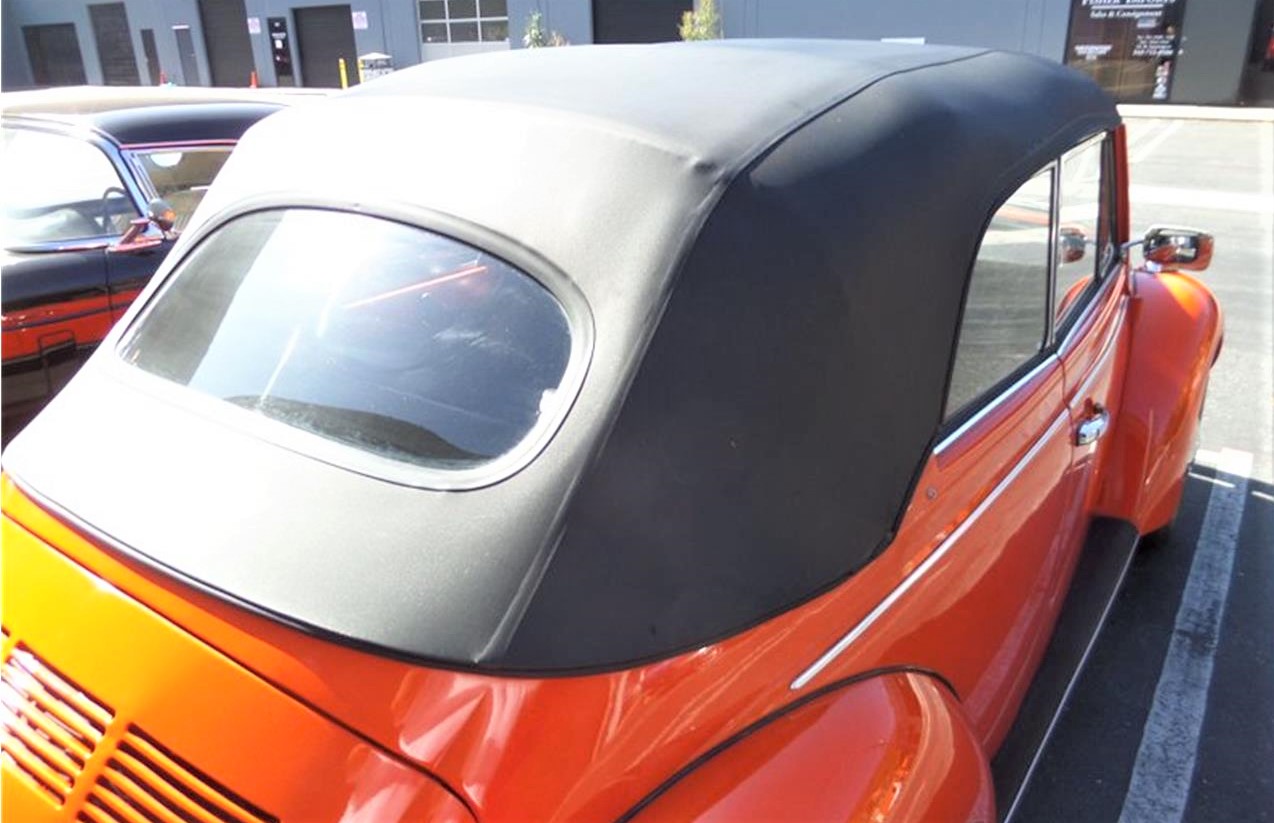 The VW looks in the photos with the ad to be ready to drive, with some of the closeup photos showing areas of wear.  The interior looks totally usable, as does the fabric top, which most likely has been replaced at least once.

A fun classic that would be easy to own, the Volkswagen is priced at $14,995.