Some people were still pining for the late, lamented two-seater Thunderbird in the early 1960s when Ford had the better idea of marketing a convertible version of the four-seat convertible with a fiberglass panel covering the rear seats to give the appearance of a sporty roadster.

The Pick of the Day is one of the originals, a 1962 Ford Thunderbird Sports Roadster in bright red that would be an immediate head turner on any cruise night.  The Schertz, Texas, dealer advertising the Roadster on ClassicCars.com says this is an authentic factory example, confirmed by its original trim tag that is still attached and other documentation. 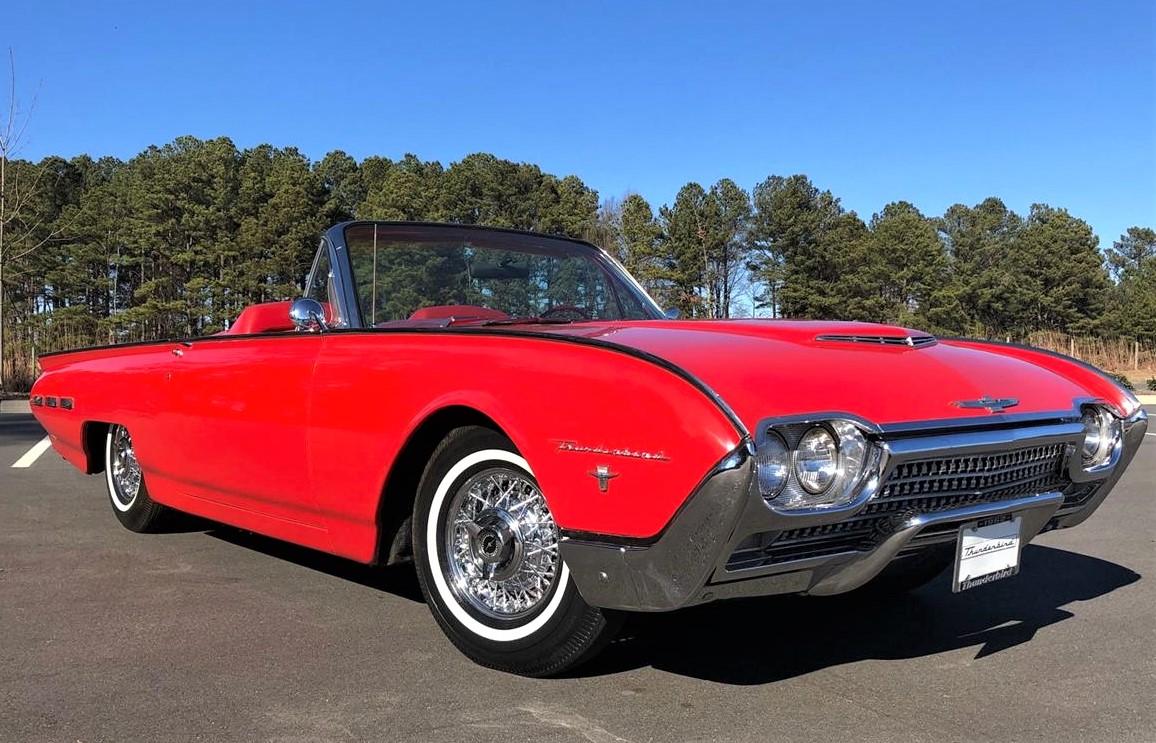 The limited-edition Sports Roadster was offered for only two years, 1962-63, and just 1,427 of them were sold in 1962 out of the 10s of thousands of Thunderbirds produced. As well as the rear-seat tonneau, which gave the car a very long, low look, the package included such premium trim as Kelsey-Hayes chrome wire wheels. 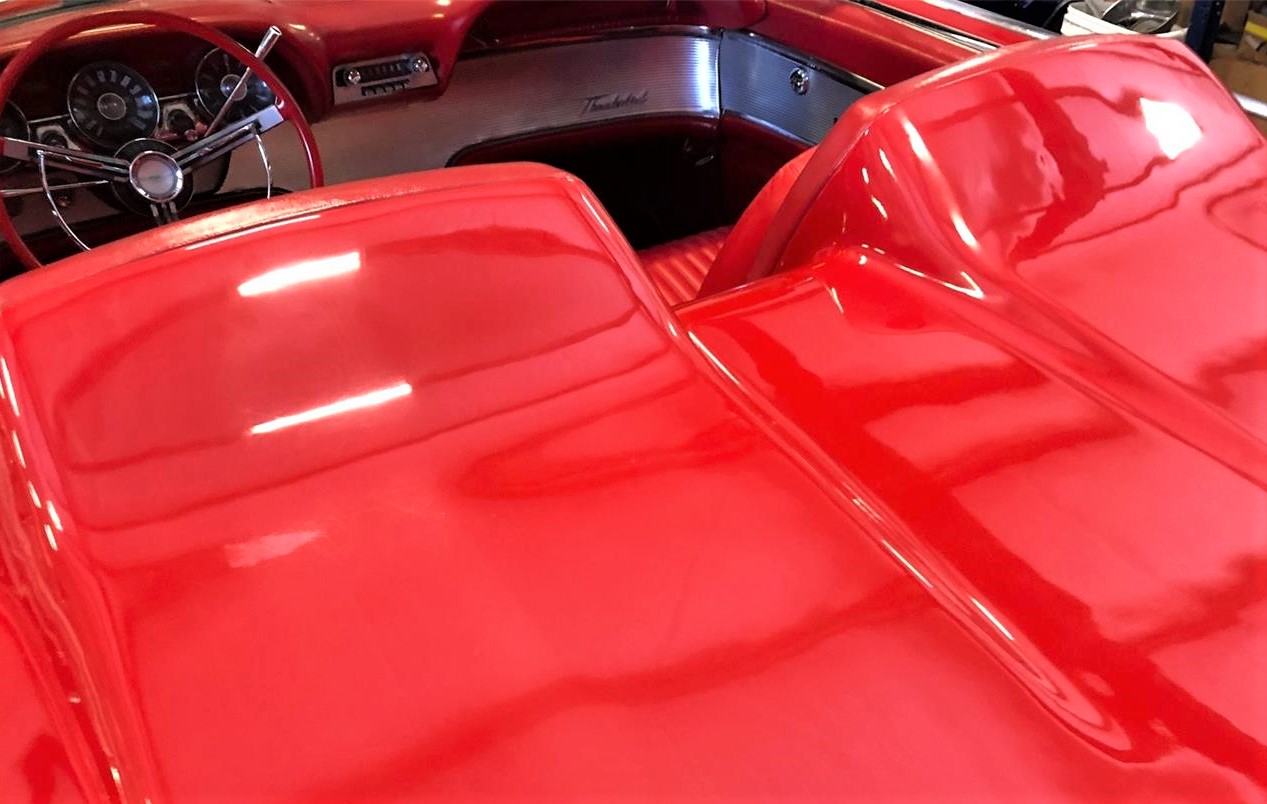 “The car was previously restored with correct Rangoon Red paint,” the ad says. “The interior had new seats, carpets. The rest is original and remarkable. The exterior chrome was all triple chrome plated including bumpers, vent windows, emblems, factory ford mirrors. Many FOMOCO parts were used during the restoration.

“Mechanically, this Sports Roadster runs and drives great. The engine is very smooth and powerful. The transmission shifts on the button. The car rides very nicely and is a very comfortable driving car.” 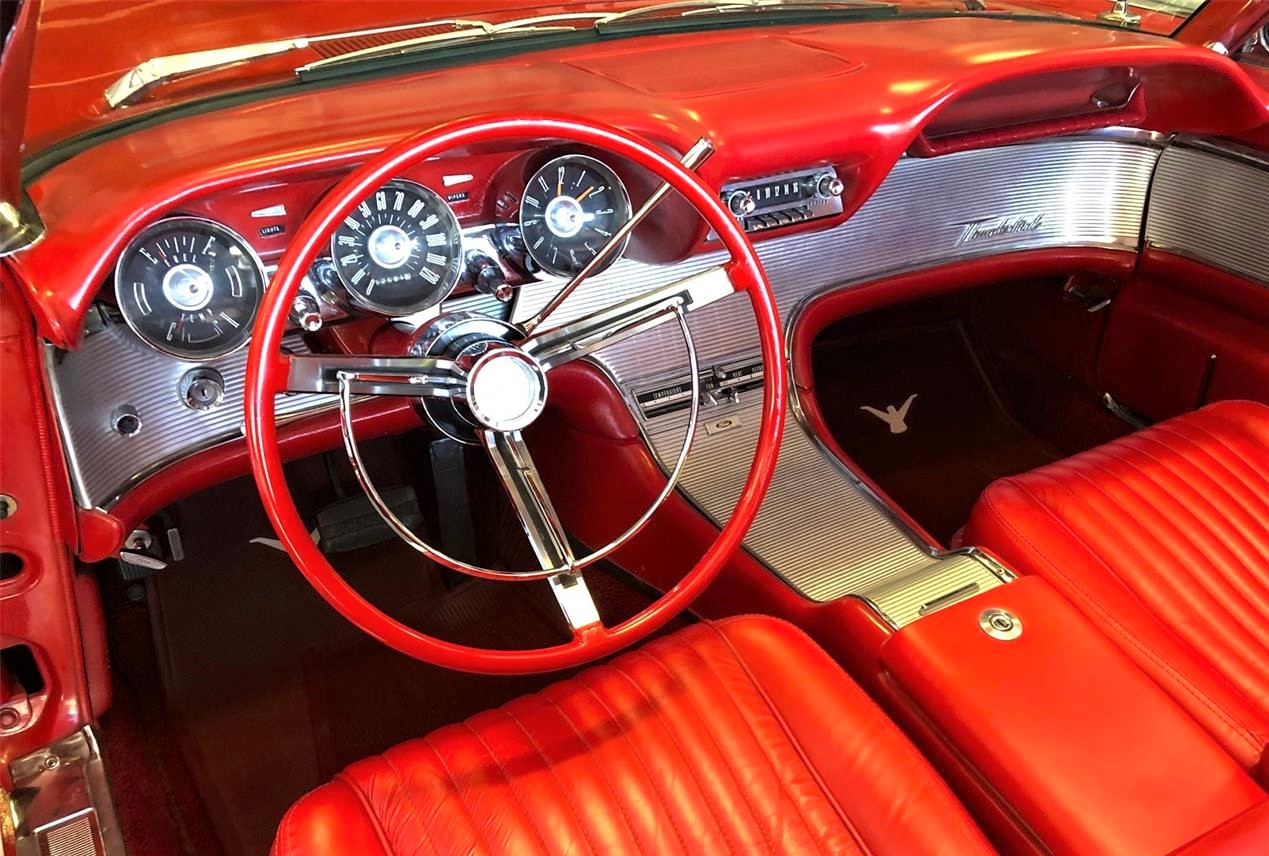 The Thunderbird is powered by the 300-horsepower 390 cid V8 which has been upgraded with a chrome package, the dealer notes.  Overall mileage is just over 52,000 miles, and the restoration was done on a solid, rust-free car, according to the dealer.