Big-block performance in a British touring car, the Pick of the Day is a 1974 Jensen Interceptor Mk. III, built in West Bromwich, England, and powered by a 440cid Chrysler V8.

Loaded with luxury features, the Interceptor is a rarely seen gentleman’s cruiser styled by Touring of Milan, Italy, with a distinctive large greenhouse rear window, and fierce performance provided by its 255-horsepower V8. 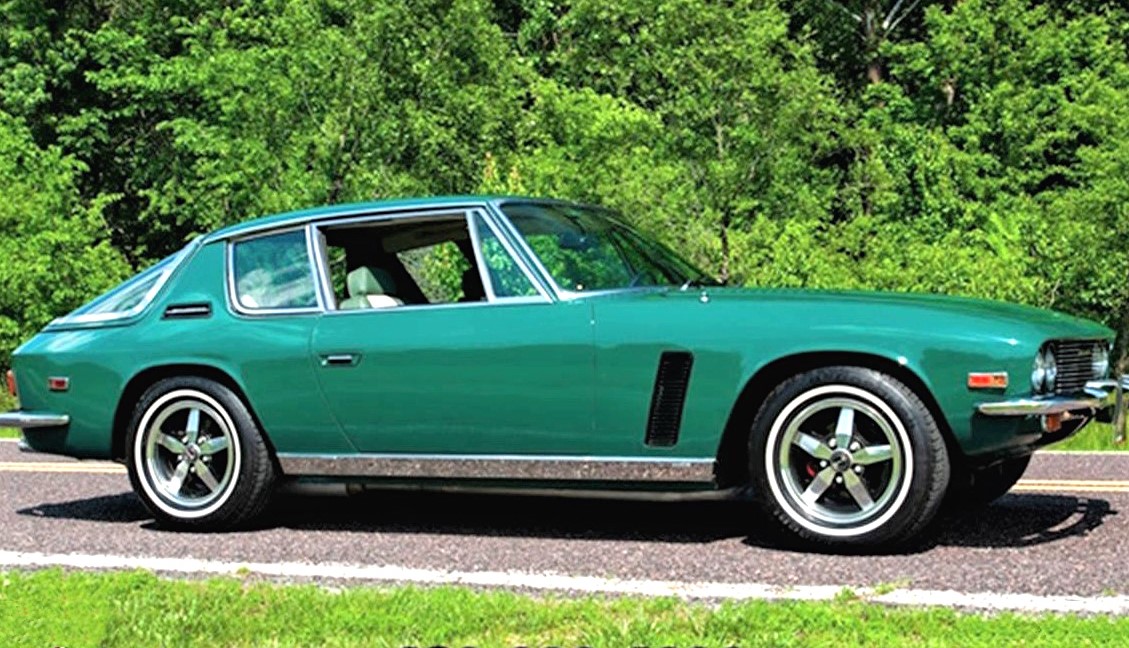 “One of the rarer American-powered British hybrid imports from the 1970s,” according to the St. Louis, Missouri, dealer advertising the Jensen on ClassicCars.com.

The Interceptor looks to be in the good condition, judging by the photos with the ad, with decent paint and a well-equipped interior trimmed in leather and wood. The odometer reads just 41,284 miles.

“Finished in British Racing Green, appropriately enough, this Anglo auto’s paint and trim are in overall excellent condition,” the dealer says in the ad. “Minor blemishes are noted on the hood and cowl. The windows, including the compound curved rear hatch with its electric grid defroster are clear and crack-free. 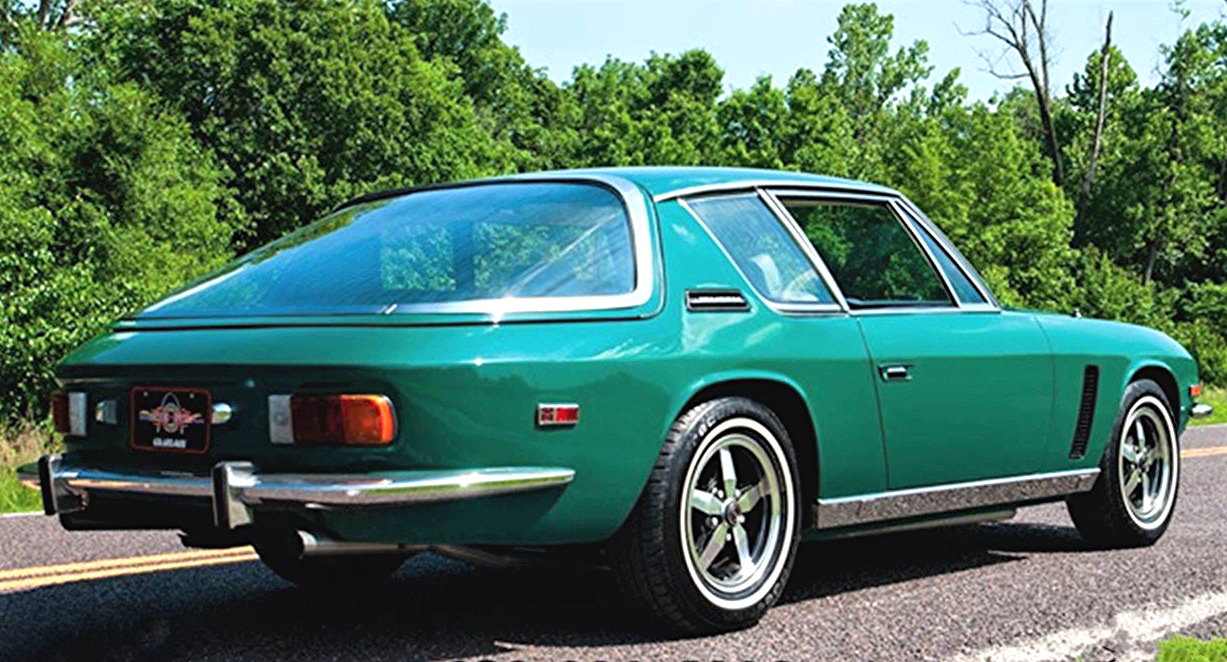 “This Jensen’s bodywork is straight, its engine bay is tidy, the battery looks good and the cargo area is in fine order.”

It’s a pretty cool car that should get respect from the muscle-car crowd as well as the British-car crowd.  Dropping a big Detroit V8 into a sporty British car was a popular pastime in the 1950s , ’60s and ’70s, most notably for a variety of Allards and, of course, the Shelby Cobra.

“Flip open the forward-hinged hood and you’ll see something surprising yet very familiar – a Chrysler 440 cid V8 engine that has recently been tuned,” the seller says. “Backing that big-block beast is a Torqueflite A727 three-speed automatic transmission.”

The 2+2 interior is also in good shape, the seller says, with upscale appointments and features, although the AC needs repair.

“Inside, open the door and the rich leather aroma fills the air and the car’s green and platinum Connolly leather seats look fantastic, as does the complementing green Wilton wool carpet and contrasting light green headliner,” the dealer notes. “The original two-spoke steering wheel faces the driver and the instrument panel, with its full array of ancillary gauges canted to face the driver, is in very good order.”

The asking price for this British-American muscle GT is $43,900.