One of the coolest things that happens while attending one of the many classic car concours events in the U.S. is that you never know who you might to run into.

This past weekend at the Radnor Hunt Concours in Pennsylvania, I had the pleasure of meeting up with my friend Ed Welburn, the former vice president of Global Design at General Motors. Welburn served at GM from 2003 to 2016 and was responsible for many great designs, his last being the C8 Corvette. 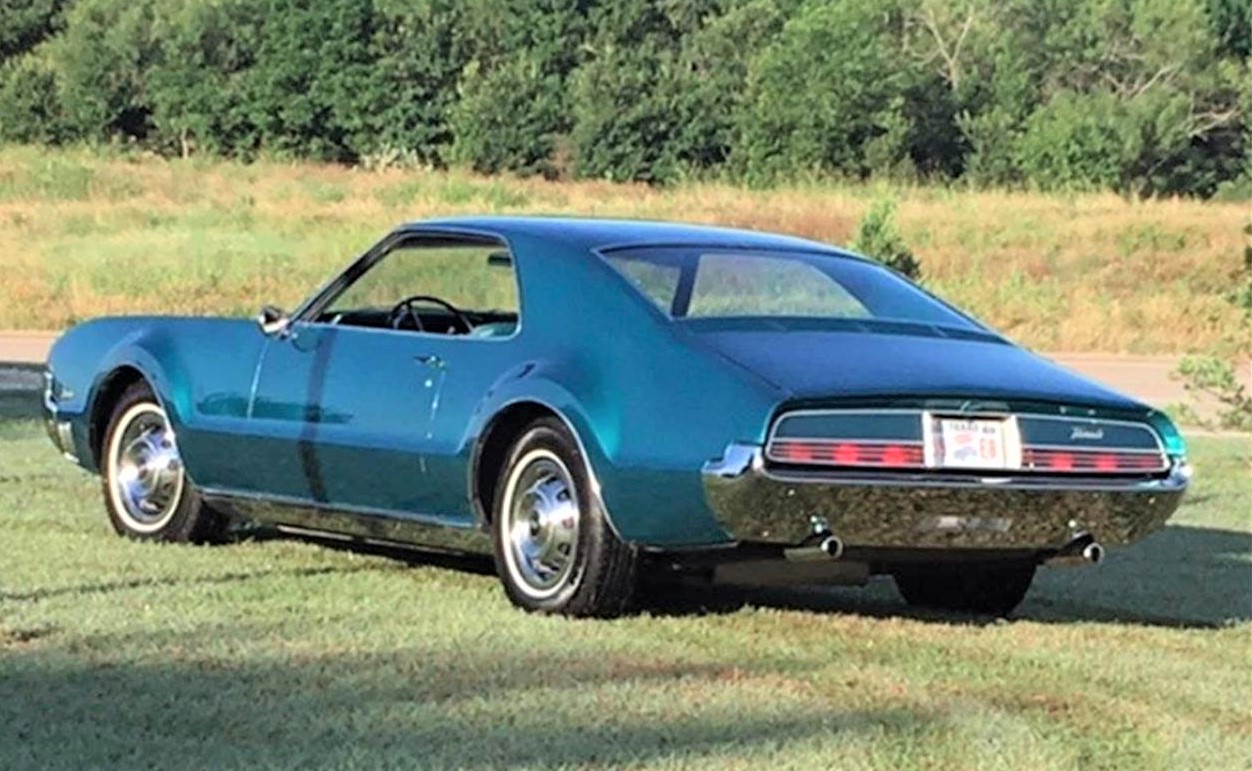 We walked around the event after we had finished our judging duties and found ourselves in front of a pair of 1966 Oldsmobile Toronados. It was interesting and educational to hear Wellburn discuss what the influences were for this landmark front-wheel-drive model and to witness his absolute amazement as to how GM was able to even build this car due to the complexity of the panel stampings, especially the front fenders, which were some of the most complex he had ever seen.

Welburn discussed lines that evoked cars such as the front-driven Cord 810 and other American classics; the wheel-cover treatment has Cord written all over it. The bumpers are also seriously complex forms, as are the front turn-indicator notches, which would disappear completely in the second year of Toronado production.

The great design of the Oldsmobile Toronado doesn’t stop at the exterior as the interior is also incredible, with a butterfly-style horn rim on the steering wheel and a roller speedometer. 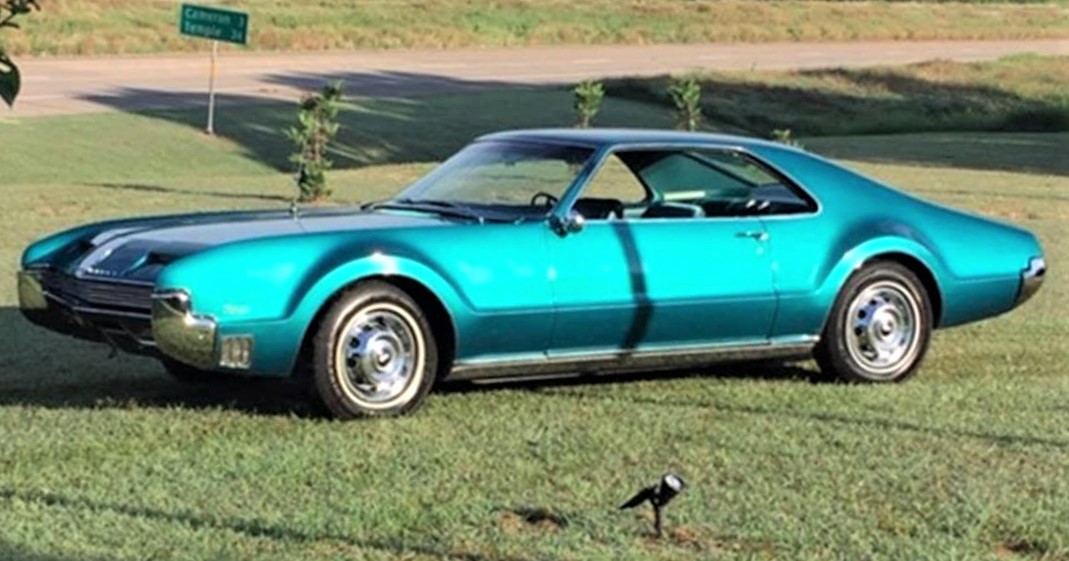 This stroll of GM automotive history made me seek out a first year Toronado for Pick of the Day. There were three of them advertised on ClassicCars.com, and this 1966 Oldsmobile Toronado located in Cameron, Texas, is the best example.

According to the seller, this car has fewer than 50 miles on its original rebuilt 425 cid V8 engine, a restored fuel tank, new fuel lines, a rebuilt carburetor, new tires including the spare, and an immaculate interior and exterior.  The odometer reads just over 87,000 miles.

Painted in what I believe is Lucerne Mist with a Parchment interior, this car captures the essence of the Mad Men era better than any American car. 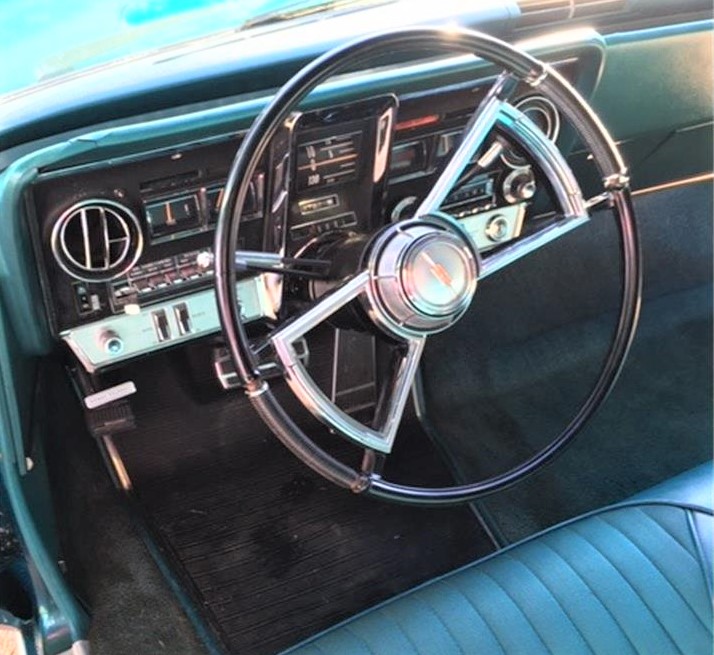 The early Oldsmobile Toronados were commanding serious money as collector cars for a while, , think in the $40,000 to $50,000 range. But it seems that prices have softened a bit.

This car with an asking price of only $21,200 looks to be a very strong deal fora car that sounds as if it needs nothing.