The story of the Pontiac Fiero is often told as an example of squandered opportunity, that of a cool-looking mid-engine sports coupe – a first for a U.S. manufacturer – that arrived at the perfect moment but which failed to deliver the goods.

Although there was much initial hoopla and decent sales at the outset, Fiero was quickly faulted for modest performance from its inline-4 and rudimentary suspension, which went against its racy looks.  Those early cars also developed a reputation for bursting into flames because of fuel leaks, a particularly nasty habit since the plastic-composite body fed the resulting blaze.

But GM engineers were hard at work improving the product, finally producing a credible little V6-powered sports car that looked more substantial and had the power and handling to back up its appearance. 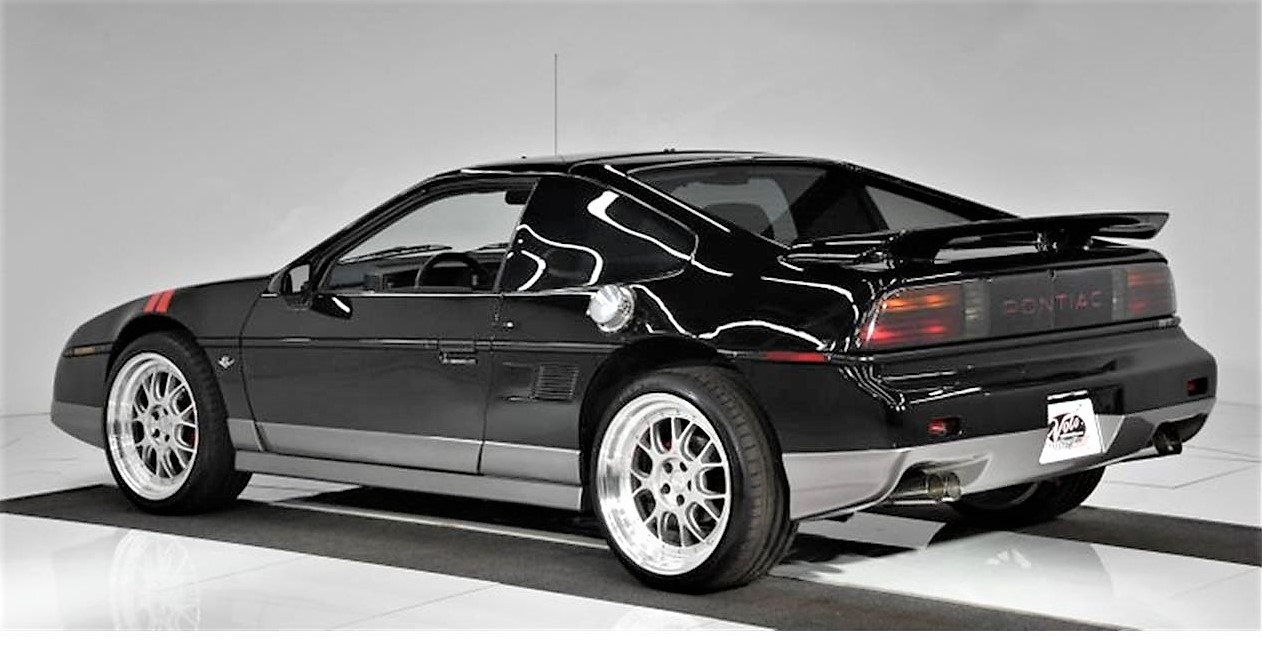 But the damage was done, the Fiero name was tarnished beyond redemption and production was halted in 1988, just five years after inception.  A shame, really, since the updated Fiero models were rather nice sports cars.

The Pick of the Day is one of those much-improved later cars, a 1986 Pontiac Fiero GT, which has been tweaked for added performance from its 2.8-liter V6.

“This is one hot GT,” says the Volo, Illinois, dealer advertising the car on ClassicCars.com.

“The original 2.8 V6 was rebuilt and horsepower was increased 78% to 250! Only 3,000 miles since done at a performance shop. Runs strong and reliable.”

The Fiero GT is a clean California car, the dealer says in the ad, with a “shiny black paint job,” rear spoiler, ground effects, and pop-up sunroof as well as pop-up headlights.  Cosmetic upgrades include a polished gas cap (also pop-up) and 18-inch alloy custom wheels. The odometer shows fewer than 42,000 miles.

The interior is also in very nice original condition, with sports seats, console, a full set of gauges, custom short-throw shifter and an upgraded audio system, the ad says.

The car is “very clean” underneath with no evidence of rust, the seller notes.  Recent work includes a new clutch and flywheel, new shocks and new brakes, the ad says.  It does, however, need the AC compressor replaced. 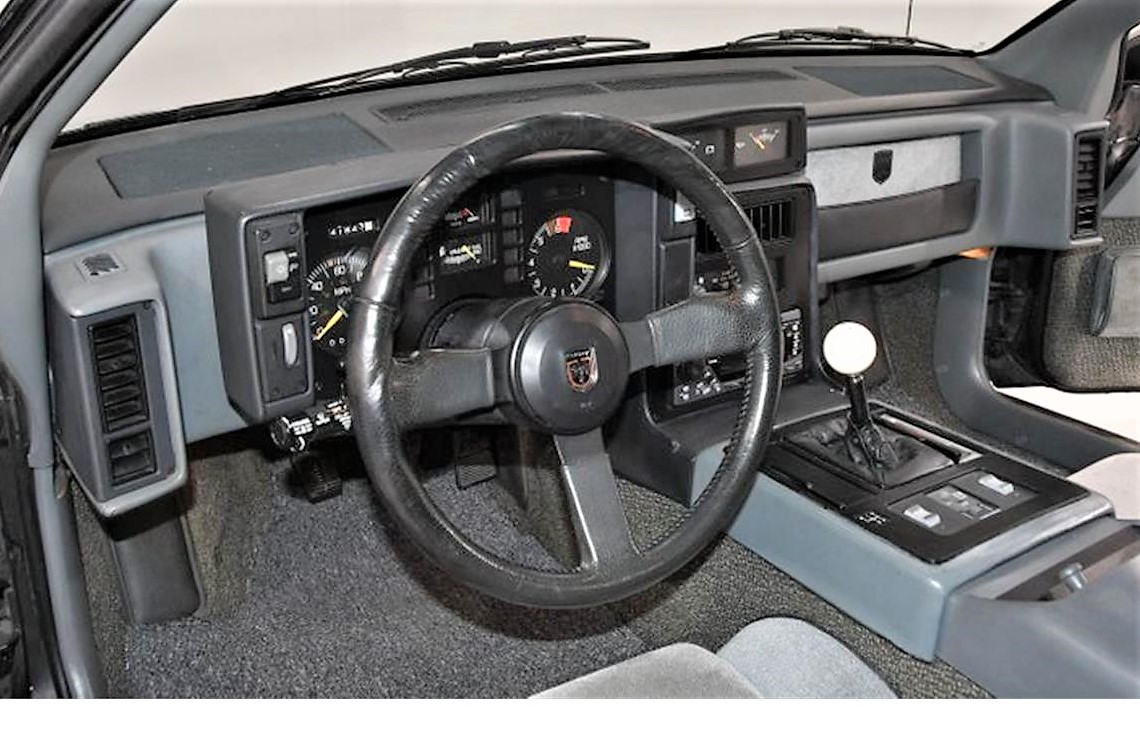 The Fiero looks great in the photos with the ad, and the extra power must make it a hoot to drive.  It’s very reasonably priced at just $14,998.

With Chevrolet coming out with its first mid-engine sports car, the C8 Corvette, this performance-enhanced Pontiac Fiero GT takes on some added luster.