The Jeep Grand Wagoneer was a mainstay of American family motoring for years, along with the Chevrolet Suburban and International Travelall, but now it inexplicably has risen to the top of the latest Hagerty Vehicle Rating as the fastest appreciating collector car, according to the insurance company’s valuations.

In other words, the faux-wood-paneled Grand Wagoneer is growing in popularity, along with a bunch of other vintage SUVs, station wagons and pickup trucks. Plus, being a Jeep, it’s part of a whole world of enthusiasts and the fun club events that entails. 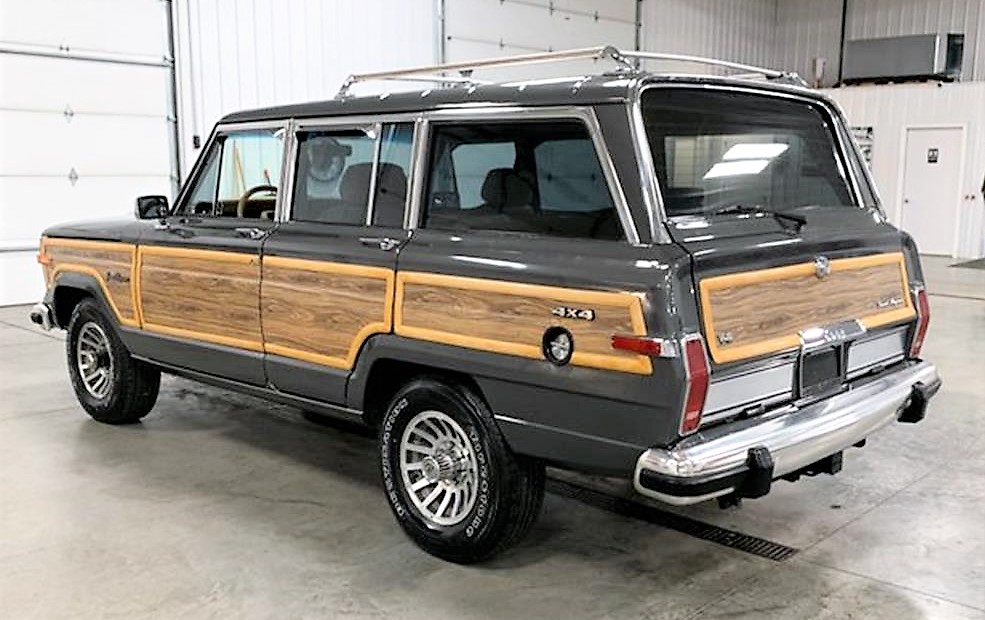 The Pick of the Day is a 1989 Jeep Grand Wagoneer described as “a very nice and clean truck” by the Holland, Michigan, dealer advertising the Jeep on ClassicCars.com.

“Originally from Texas, the bones of this truck are great, the dealer says in the ad. “After moving more to the Midwest it was used as a summer toy, and it shows by the great condition it is still in.

“It recently received a lot of mechanical work done to it and it is ready to roll. It is in great shape both mechanically and cosmetically.” 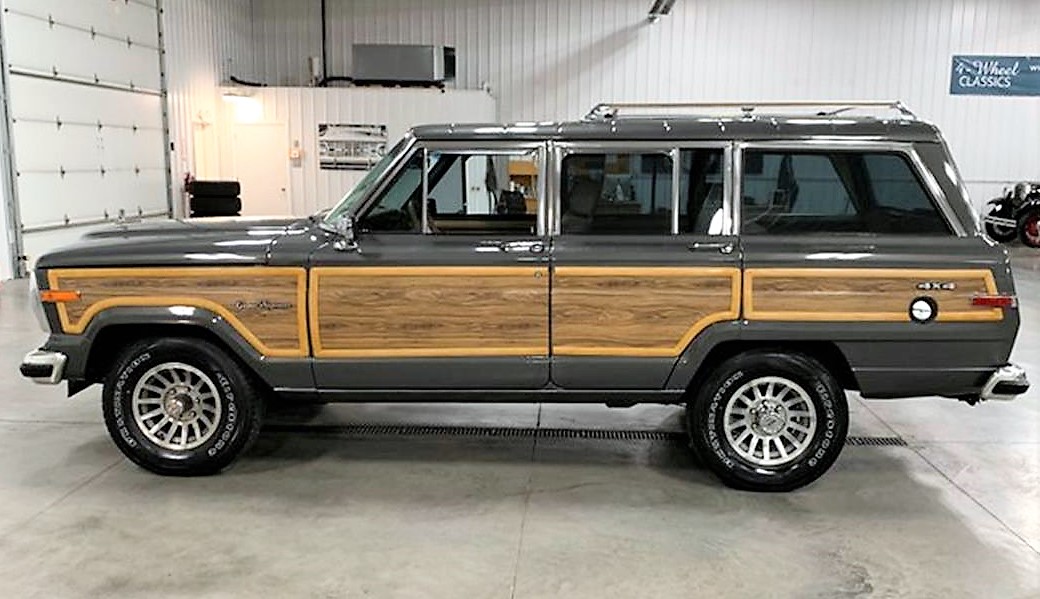 While the Jeep has fairly high mileage, it has been mechanically rebuilt with everything working as it should, the seller says; the rebuilt 360 cid V8 has all new parts, the automatic transmission shifts well, the 4-wheel-drive components are in good condition and the rebuilt AC blows cold.

“Mechanically, this Grand Wagoneer is top notch and ready to hit the road,” the seller notes.

The wagon’s cosmetic condition is also very good, according to the ad, which describes it as being in “higher-end driver” condition, with clean chrome and stainless, and an “excellent” interior.  The photos with the ad seem to bear that out. 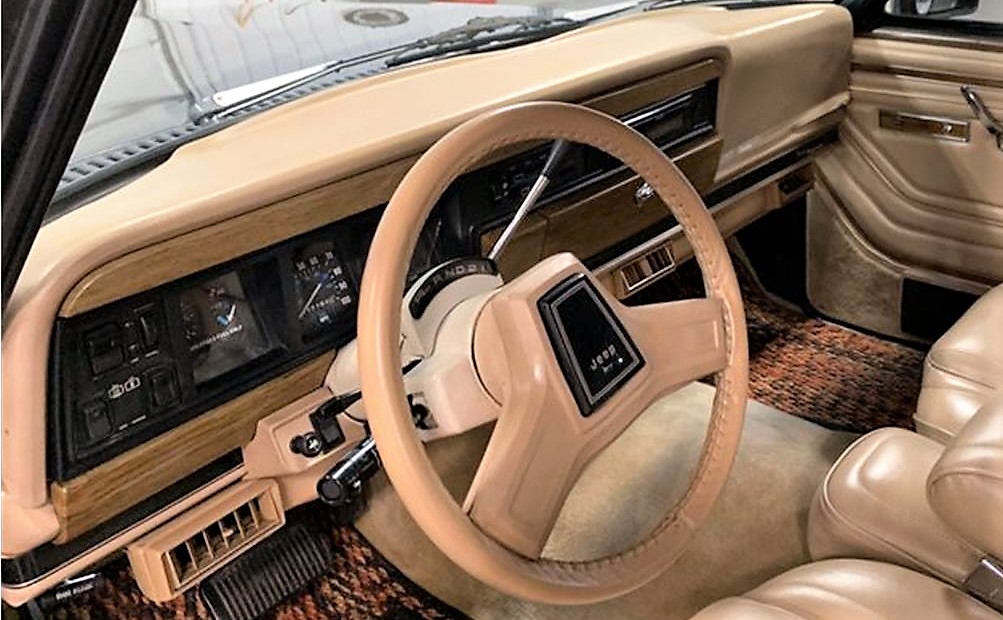 “The body on this Grand Wagoneer is in really nice condition and there are no rust issues that we could find,” the dealer notes. “Underbody is also really clean with no rust issues.

“This Jeep was repainted around 4 years ago in its original color of Gray Mist metallic and the paint still looks great.”

The asking price for this increasingly popular wagon sounds reasonable at $24,900.