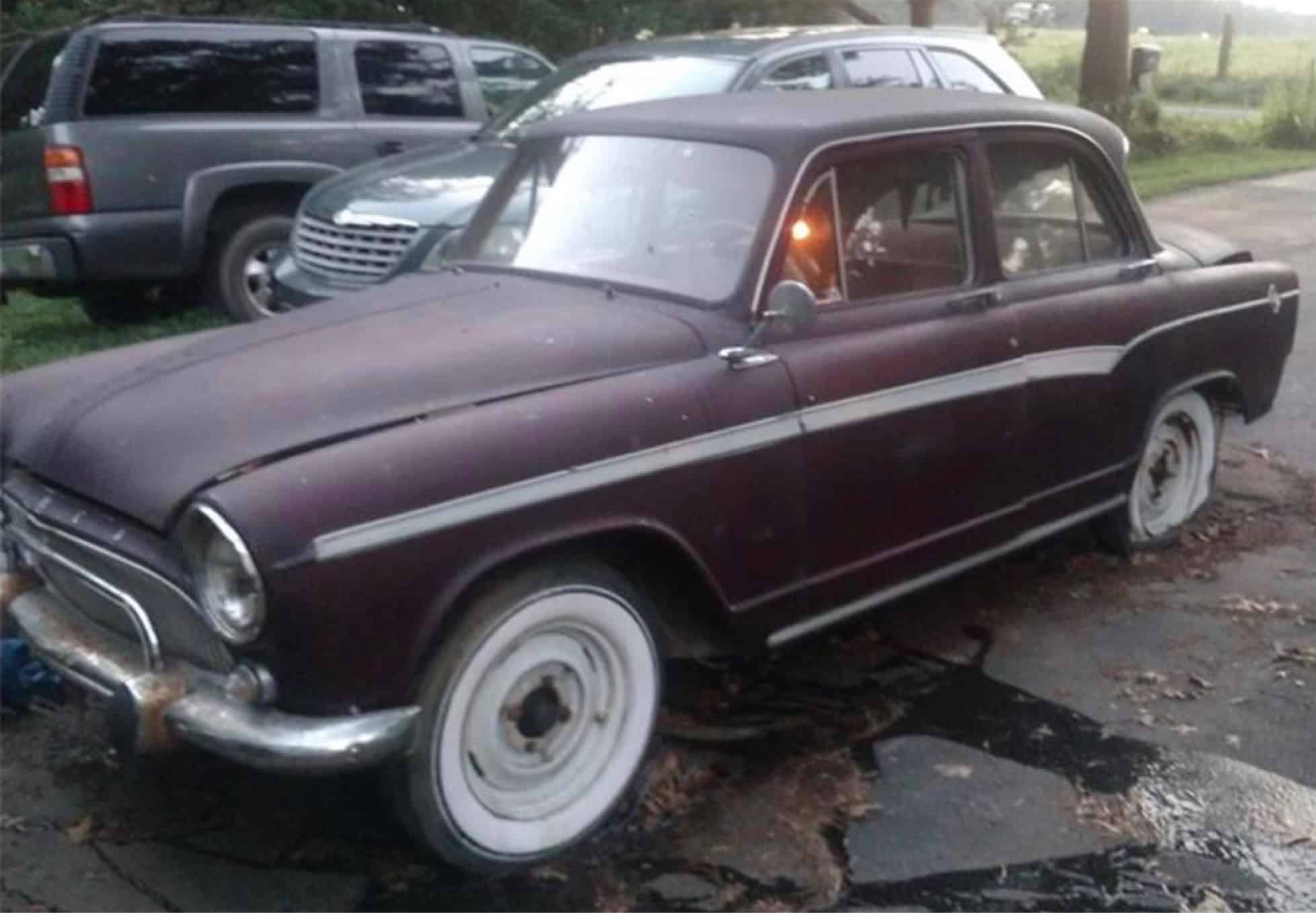 So, I set out on a specific mission: Go through the vehicles priced at less than $5,000 on ClassicCars.com and find one that might be an ideal purchase for showcasing next summer at the Concours d’Lemons during Monterey Car Week 2020.

I found a few candidates but the Pick of the Day — and the pick for a way to draw attention at a Lemons concours — is a 1959 Simca Aronde being advertised by its private seller in Amelia, Virginia.

Unfortunately, the seller has very little to say about the car.

“1959 Simca was in storage for years, car does run. Solid car, easy to restore.”

That’s it, other than the fact that the car wears purple paint, has a red-and-white interior and a manual transmission, plus 48,962 miles on its odometer and that the seller wants $4,000, or the best offer close to that figure.

Other than those facts, there are a few photos that show a car that appears to be all there, albeit it with at least one of its whitewall tires flat, with an engine compartment that needs a good cleaning and with an interior that also needs some cleaning, but otherwise seemingly complete and intact.

That being said, we also know that French automaker Simca began production of its Aronde model for the 1951 model year and that it was the company’s first original design (earlier cars basically being rebadged Fiats) and its first unibody chassis.

Simca is short for Societe Industrielle de Mecanique et Carrosserie Automobile and was founded by Fiat in 1935, later bought by what had been Ford of France and even later became part of Chrysler and even later of Peugeot Citroen Automobiles, all of which makes any of Simca’s vehicles ideal for the Concours d’Lemons.

Managing Simca at its founding was Henri Theodore Pigozzi, an Italian who bought old car bodies and recycled their sheetmetal to be used in future Fiats, another fact that should endear any Simca to the Lemons judges.

Simca’s brand emblem is a stylized swallow – Aronde is the French word for that bird.

A photo in the advertisement shows that the engine is the “Flash” version of Simca’s 1,290cc 4-cylinder, an upgrade with overhead valves and 45 horsepower.