Most classically British, 1961 Morgan Plus 4 with 1-family ownership

Of all the small-bore British manufacturers that have ever existed, the company I find most fascinating and which builds sports cars that best define the classic British roadster is the Morgan Motor Company.

Founded in 1910 in Malvern Link, England, the company still occupies the factory it moved into in 1913. It has grown since the early days, but not only is the company in the same location, it still builds the Morgan 4/4 and Plus 4 that were first sold in 1936, and in the same hand-built, labor-intensive way.

The Pick of the Day is one of these quintessential British sports cars, a 1961 Morgan Plus 4 that like so many of these cars has a fascinating ownership story.

The Morgan was purchased new from Fergus Imported Cars in New York in September 1961, by a man named Arthur Lange, an engineer at Republic Aviation, according to the Farmingdale, New York, dealer advertising the Morgan on ClassicCars.com.

Lange appreciated the Morgan for its engineering eccentricities. He ordered the Plus 4 in 4-seater configuration and used it as his daily driver for decades, the seller says. He taught his son Arthur Jr. to drive in this car and gave it to him on his 25th birthday. 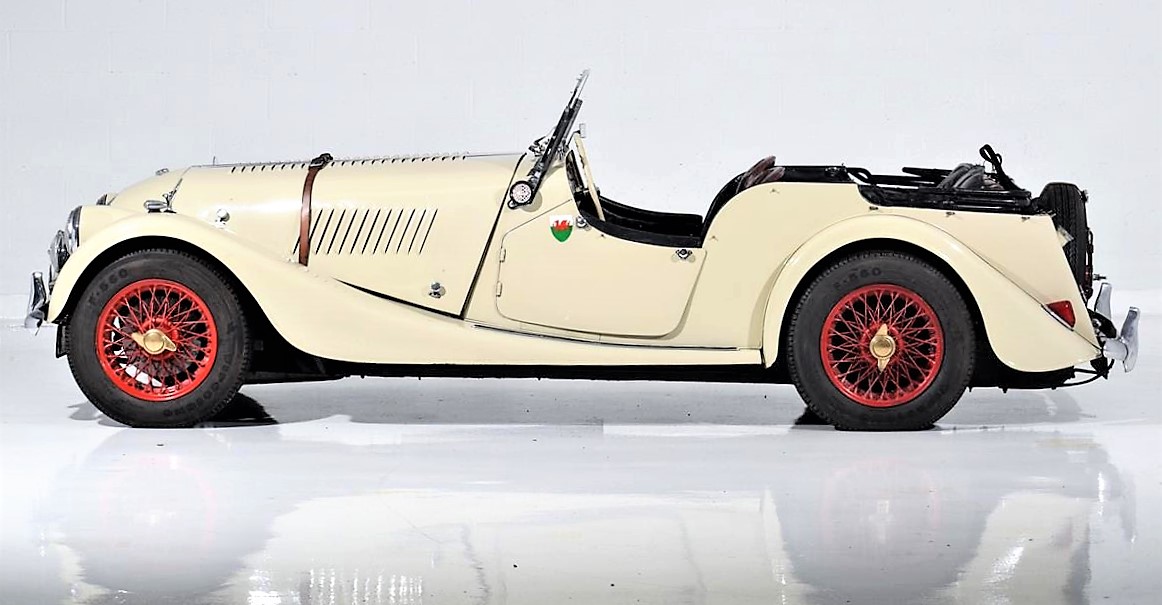 Arthur Jr. drove the car year-round, spring through winter, also using it as his daily driver. He eventually would rack up more than 300,000 miles on his Plus 4, taking care of whatever was needed mechanically over the years, according to the ad.

The history file with this Morgan includes receipts for two engine overhauls and much other work done to maintain the car in peak operating condition, the ad says. The service receipts are part of a comprehensive history file which includes family photos and receipts going back to September 11, 1961.

The car is said to start and run well and looks in the photos to be in wonderful condition. 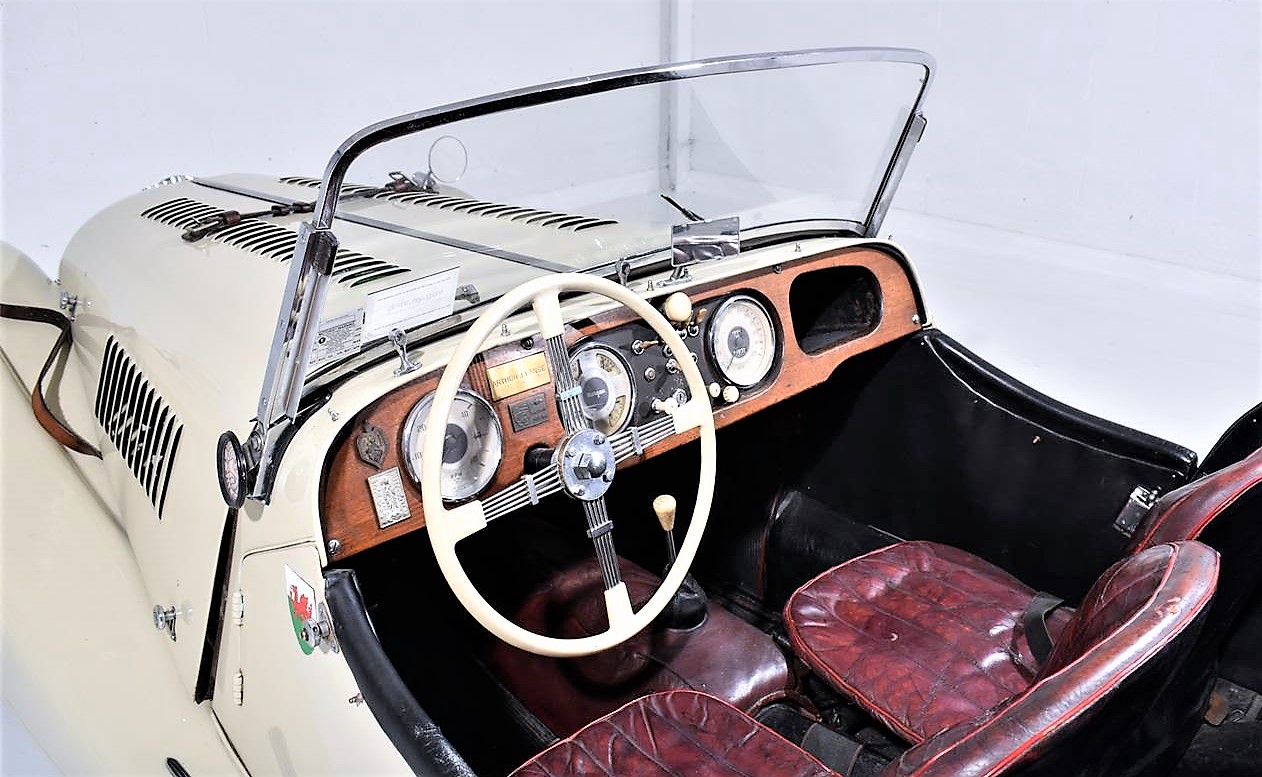 This sadly came to an end in 2013 when finance people got involved and thought they knew better how to run the company. Nonetheless, Morgan is still building the 4/4 and Plus 4 models in the same way they always have, by hand and one at a time.

The assembly line at the Morgan factory is a lesson in 1930s hand-made manufacturing techniques. Each car, one chassis behind the other, slowly takes shape as one of the 117 Morgan employees completes the individual task on each car, then moves it on to the next guy to complete the next step of assembly. No robots or automation here. 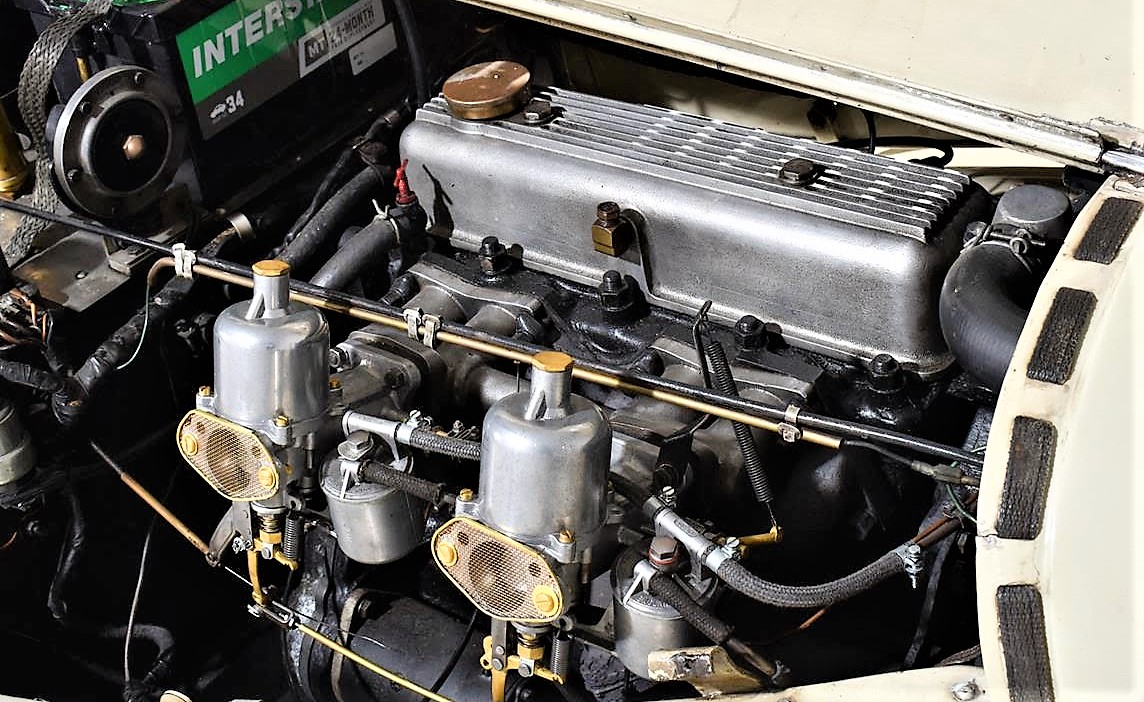 It is rare to find any car that has had single-family ownership that is so well-documented, and this Morgan presents the opportunity to be the next custodian in its wonderful life story.